DRONE SKIRMISHES
Several years ago while running a large television news operation I had my first relationship with a drone.
A contact/source with whom I had worked previously called to say he was working with a technology guy and they had developed a flight platform and wanted to test it. He brought a very sophisticated and light weight "miniature"  airplane to the station.  Some of my news managers attended and we were joined by the developer, an investor in the project and two fellows identified as interested parties and potential buyers.  Later I was to learn they were  from a federal agency that had high hopes for the plane.
The plane fit on a conference table but was rigged so it could take a lightweight camera mount. This was long before "drone" had worked it's way into the public lexicon or  before being pressed into action as they are now.  I was excited by the prospects of flying it over traffic jams, fires, emergency situations and getting images back for broadcast at much less expense than what our helicopter cost to operate.
My corporate boss lacked vision on this and despite my best efforts he passed and did so in a derisive way.  I told him he was passing up a chance to be the first to use something from the future. Still to no avail.
Fast forward to 2014.  They've become ubiquitous and in some cases practical. But I think we've entered a new chapter in our relationship with drones, as this piece of video tape from California demonstrates.

SHADOWS AND FOAM
I was fascinated by the interplay of the shadows and
kaleidoscopic flow of waves and sea foam. It provided a sort of black and white shape puzzle. 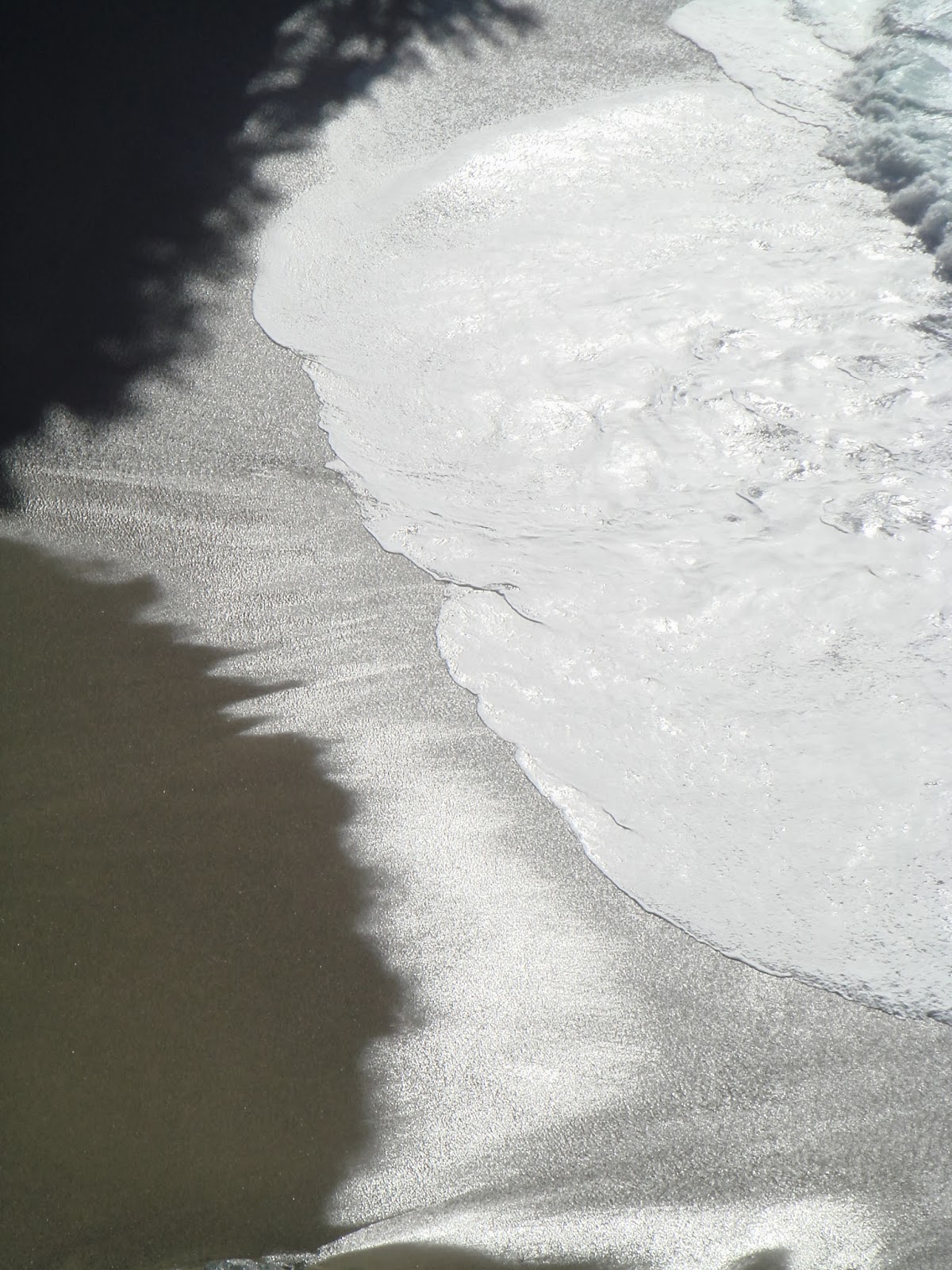 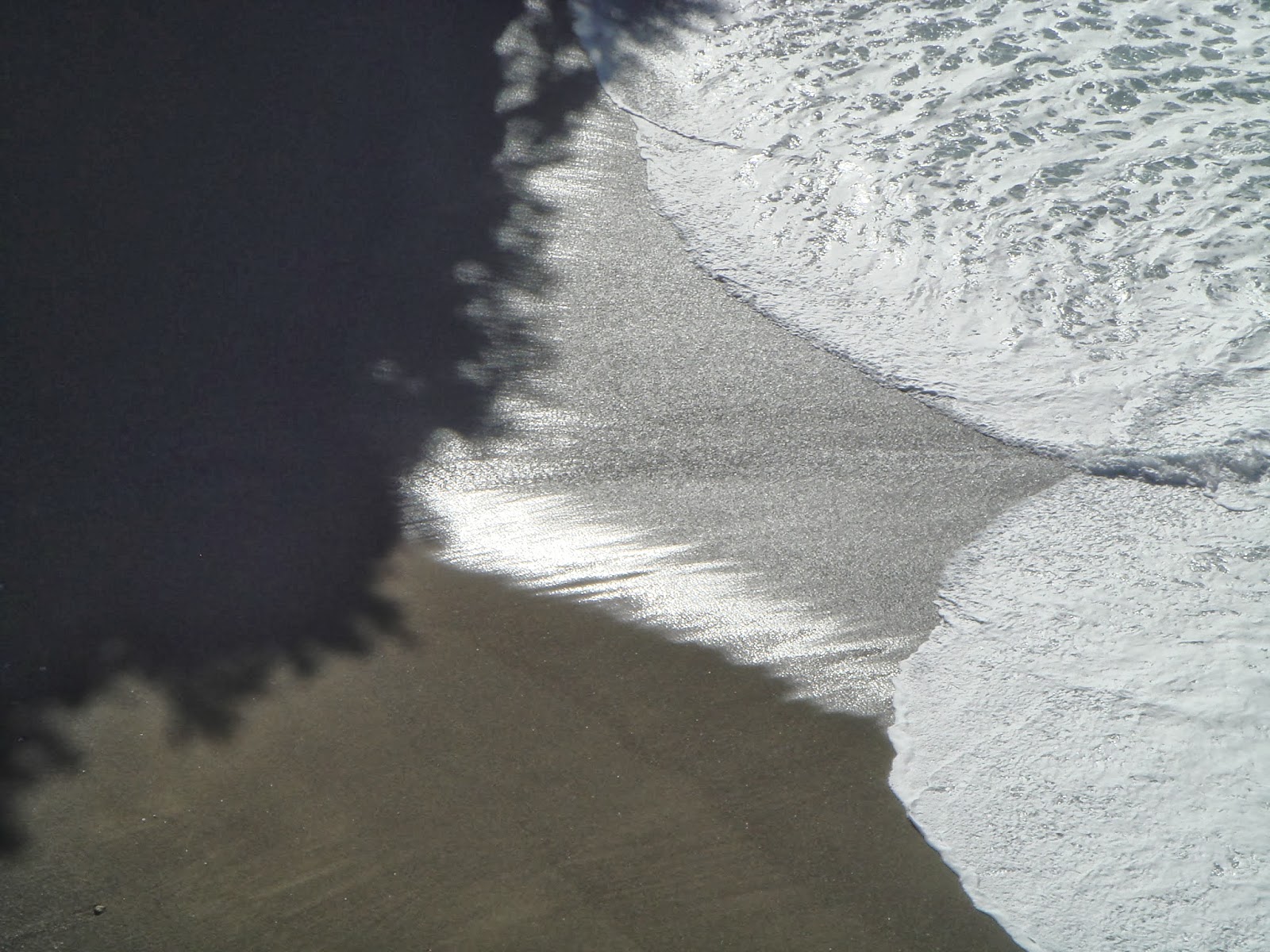 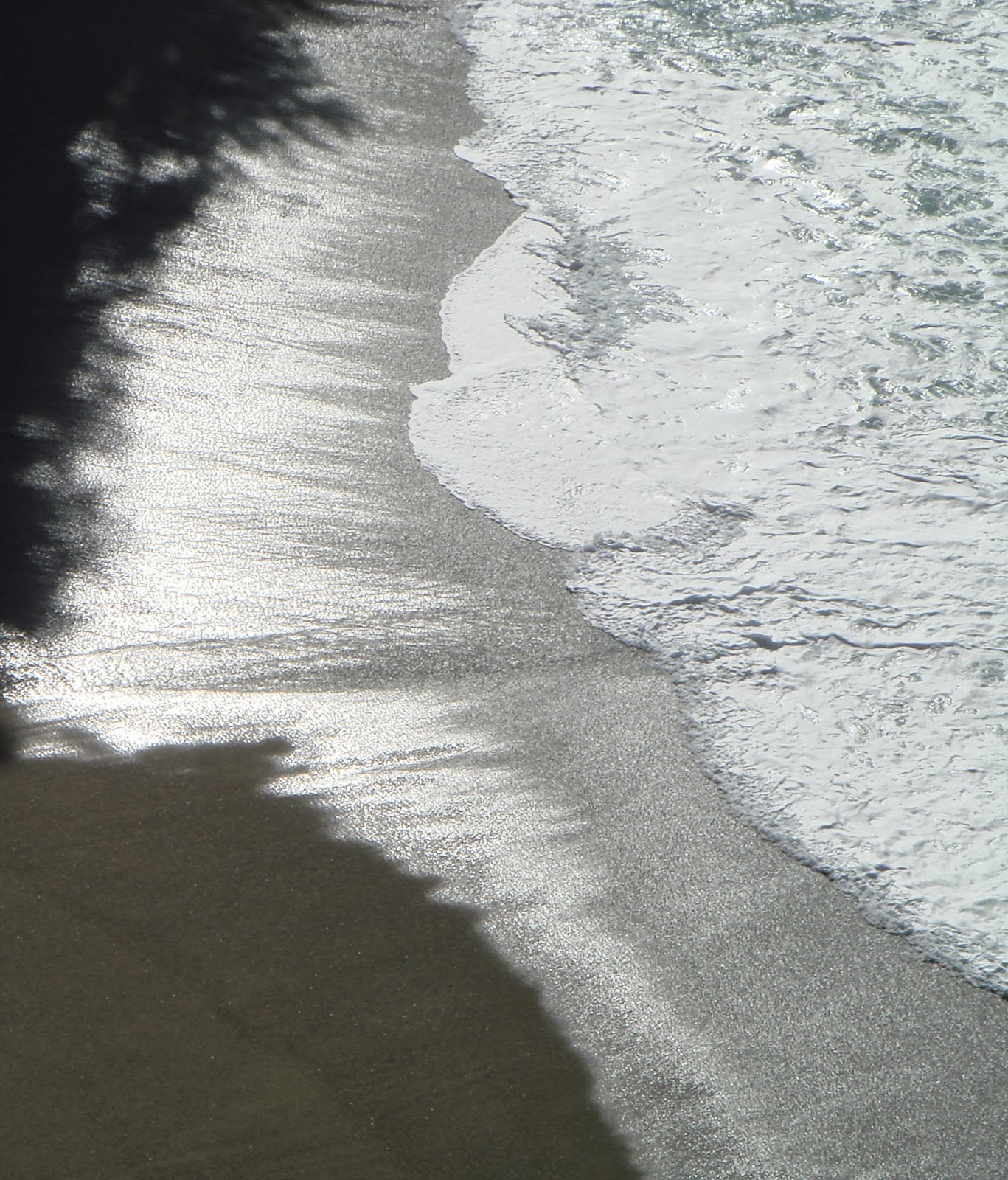 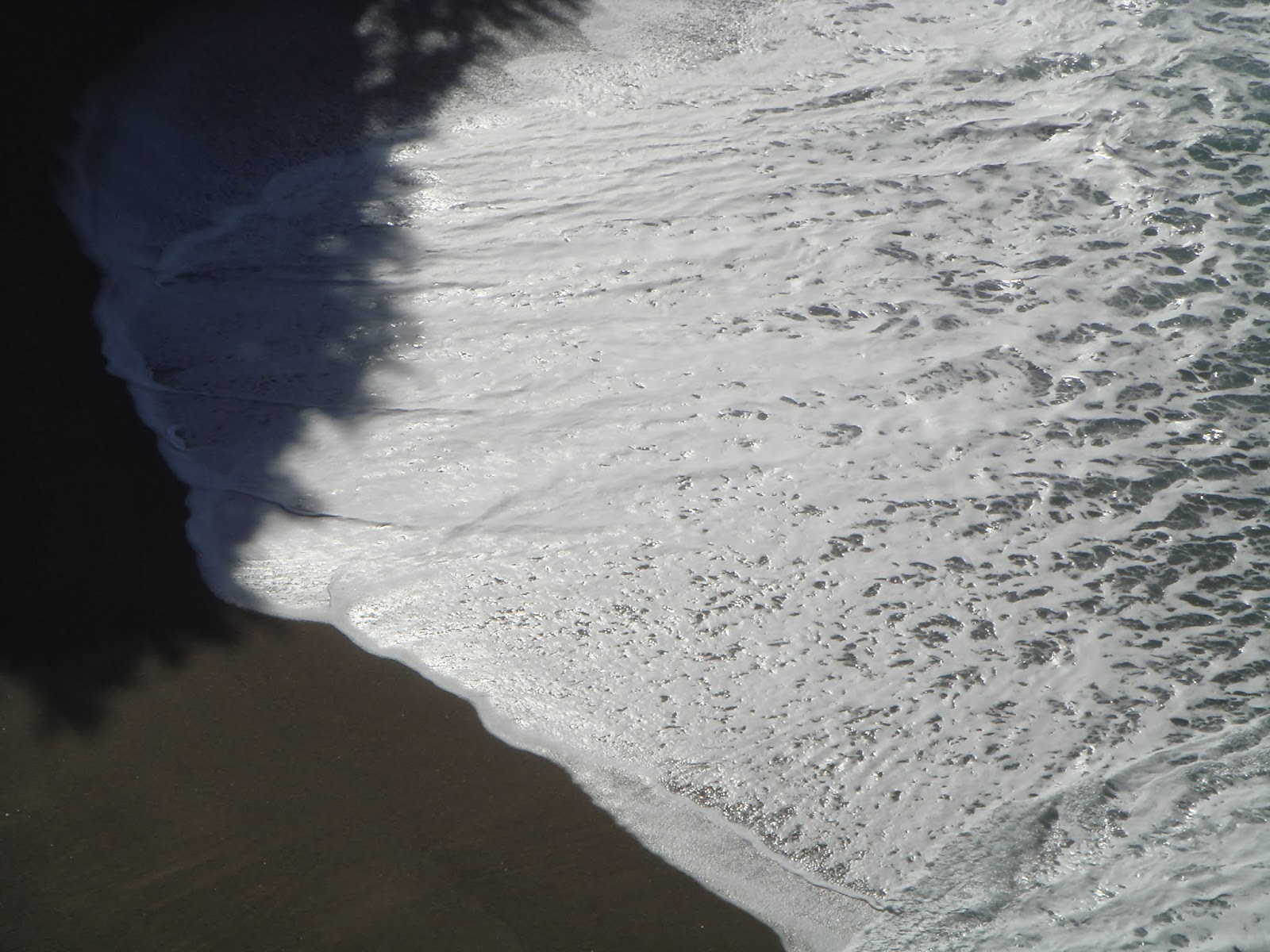 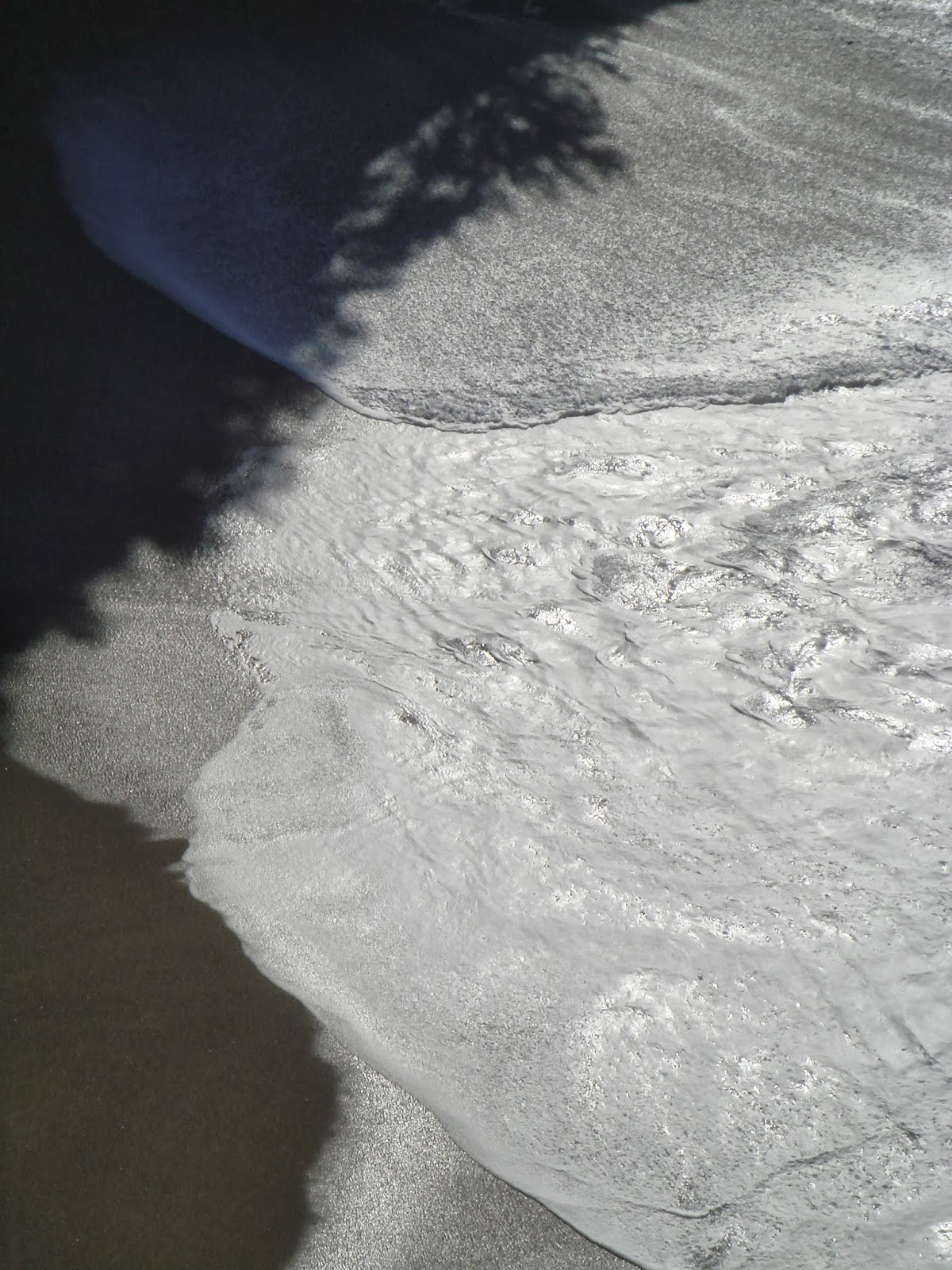 See you down the trail.
Posted by Tom Cochrun at 3:46 PM