IMPORTANT TO REMEMBER
THE BUTLER-AS HISTORY
As we walked to our car, our eyes still moist and emotions thoroughly wrung out, Lana said "That is the way history should be taught.  Everyone should see it."
The "it" is THE BUTLER, the Lee Daniels film that should win Forest Whitaker another Oscar nomination, if not an award. But this is so much more important than a masterful job of acting, script writing, directing and production.  The film is a searing course in American civil rights history. It's the truth and therefore the record is not good, but is one we need to own, address and learn from.
I was a young reporter in the time of the "civil rights movement" and came on the scene only a year after the seminal events of '63.  I remember seeing NAACP protesters being beaten as they were forcibly removed from a restaurant bar where their crime was to enter and wait to be served. It was of my first big stories. I covered marches, protests and other demonstrations that focused attention on discrimination and other manifestations of racism.
I worry that my daughters and their generation did not see or experience that time of American life and thus cannot fully embrace the precarious nature of our freedoms. THE BUTLER can emblazon the struggle, courage and history of that time in the heart and mind of those who see it.
We must not forget the fire hoses, dogs, marches, beatings, bombings and those who stood up to them and who endured. Nor must we forget how long it was before the government finally did what it should have long before.  THE BUTLER is an extraordinary treatment of that arc of American history and is told with a moving personal view by an extraordinary cast.

WHEN IT WAS CELEBRATED
You felt lucky if your picnic was in one of the shelter houses, those open sided rooms on cement pads under a roof.  The parks were full.  All of the picnic tables taken early, leaving late comers to find patches of green, preferably under a tree where they could encamp with blankets, lawn chairs and card tables.  That was back in the day, back when Labor Day was the day everyone went to a reunion, family picnic or party to celebrate a day off, the benefit of gainful employment.
In the industrial mid west those tables full of fried chicken, pies, potato salad kept in bowls or trays of ice, water melon, several kinds of baked beans or bean salad, chips and cheese puffs, cakes and more pies and cookies and jello creations and more were usually faced after people had been to a Labor Day parade.
Some of the really big bashes were staged by unions, at parks with pools, or beaches and featured family games-egg tosses, three legged races, water balloon catch, soft ball. The parents sat around munching, drinking lemonade, ice tea, soda pop or beer fished from ice water. The kids snacked and ran and played and drank more soda and ate more sweets than was probably good for us.
It was the end of summer, but the vibe was good.  Dad and in some homes dad and mom had jobs, we had cars that we kept clean, television sets, maybe a couple of phones in the house, and some of the people even had lake cottages.  Milk men delivered product to little metal boxes on the front or side stoop. You could even stop a bread truck in your neighborhood and buy a loaf from the driver. Policemen were your friends and near the school or boys club there was a blue uniformed policeman made from aluminum or tin with a big smile, a hand out warning to you to watch for kids- and he was somehow attached to either a sign or huge bottle of Coke. Innocent days. Good days. Days of full employment.
The auto industry drove the mid-west cities and towns. If the factories didn't make the cars, they made the parts that made the cars.  Men who had come home from the war were making lives for their families.  You watched your pennies, kids had to do "chores" to earn an allowance, coupons were still important but there was a sense of hope.The century was moving toward progress. Labor Day counted for something. The middle class thrived. People counted on a future for themselves and their kids. A job meant steady pay and benefits.
But that was then.  Wonder how many of those old parks were used today, how many have been kept up, or how many of them are safe?  Wonder how many folks celebrate their job, or how many companies celebrate their workers? Wonder how many people count on the future?
THEY HAD BETTER DAYS 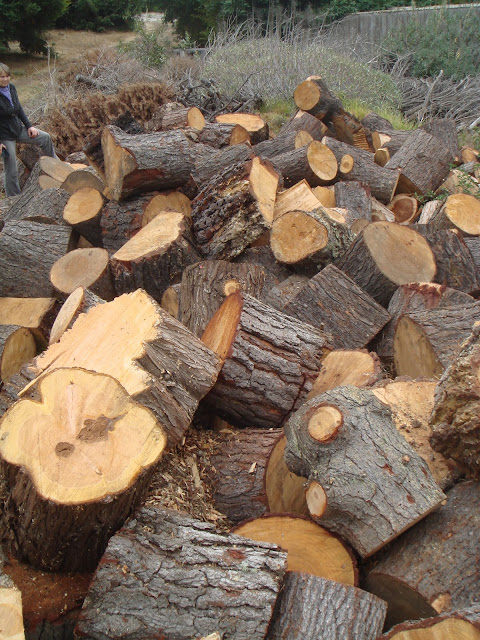 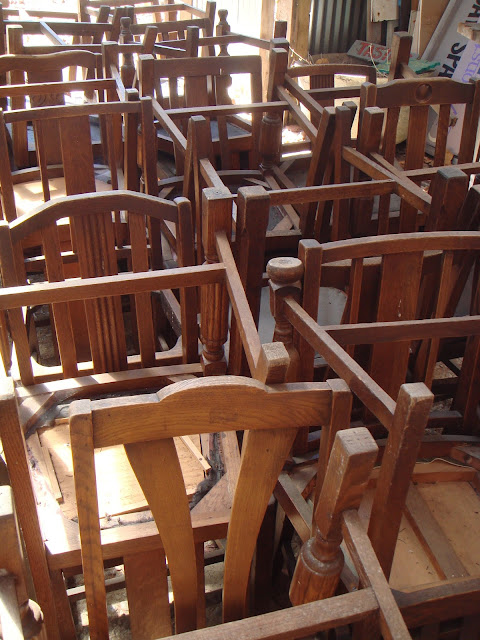 See you down the trail.
Posted by Tom Cochrun at 4:58 PM