AND ALL THROUGH HISTORY

As we used our pin hole lens to chart the progress of the eclipse and as I viewed photos sent by friends and media coverage I was struck by a realization.  Though we live with amazing communication technology, build empires, farm in arid lands, change the course of rivers, and are stunned by IPO's and Idol shows, all of those things that might make  humans think we are planetary powers, we are still awe struck and marvel at a force of nature over which we have no control. And in that was the kernel of the realization.
After all is said and done, we are barely more than the first bipeds who watched an eclipse.  We may "know" the science behind it but we are still just inhabitants of a blue planet staring at the center of our solar system and watching a cosmic ballet and marvel at it.
GREEN SPACE HELPS TELL THE STORY 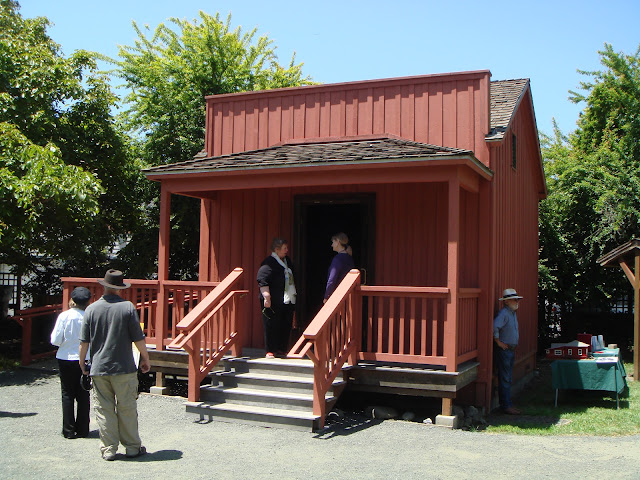 The history of Chinese influence on this part of the Central Coast has been advanced thanks to a project of
Greenspace The Cambria Land Trust. 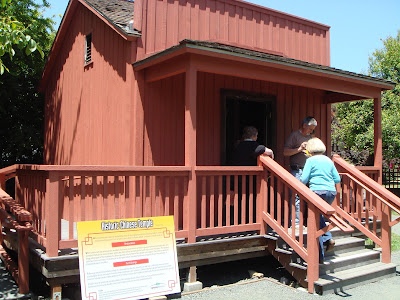 The Chinese Temple, an artifact of the time when Chinese were part of the Cambria cultural mix has been restored, curated and just opened to the public. 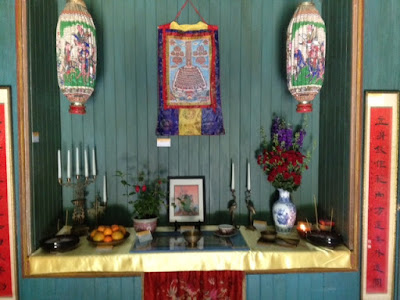 Historical items are painstakingly displayed inside the
the Temple. 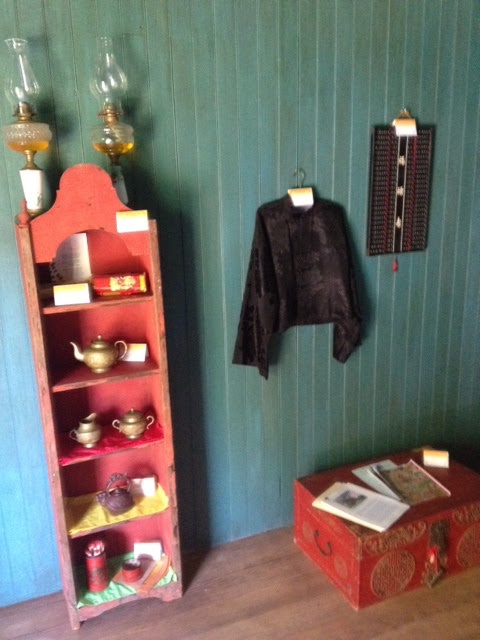 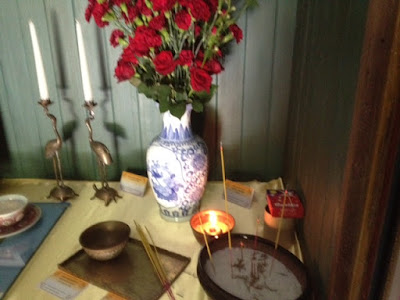 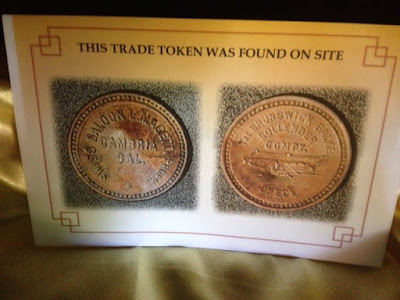 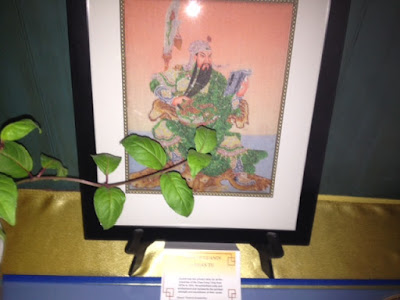 Greenspace opened the Temple to public display and
included an historical timeline, telling the story behind the Temple at its current location. 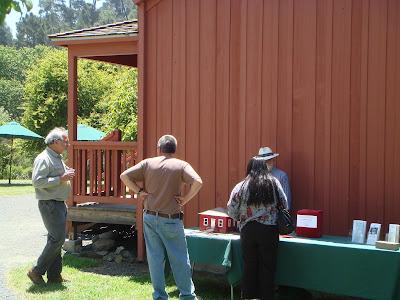 The Temple was part of a complex of buildings that grew up in the area of Cambria where the Chinese lived. 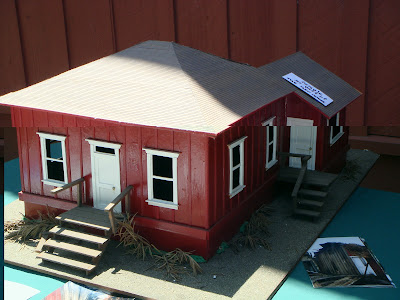 Once standing alone, the Temple was incorporated into what was known as "The Red House" as the Chinese cultural heritage consolidated into one location as the population began to diminish.  The Temple was that portion of the building marked by the white tag. 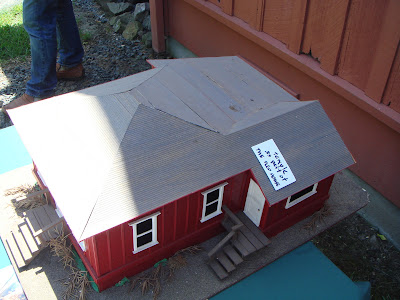 The temple was built in 1885.  In 1925 it became part of the Red House, the Chinese cultural center.  Eventually it languished for decades. 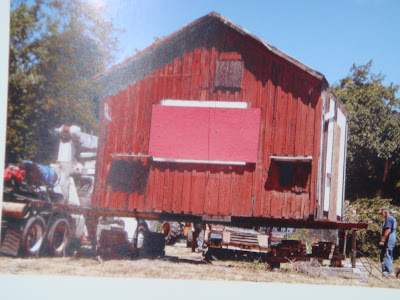 Greenspace Photo
In 2007 Greenspace moved the Temple to its current location and began external restoration. 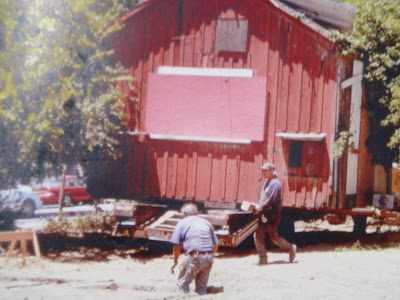 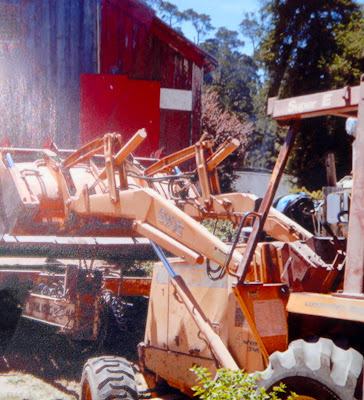 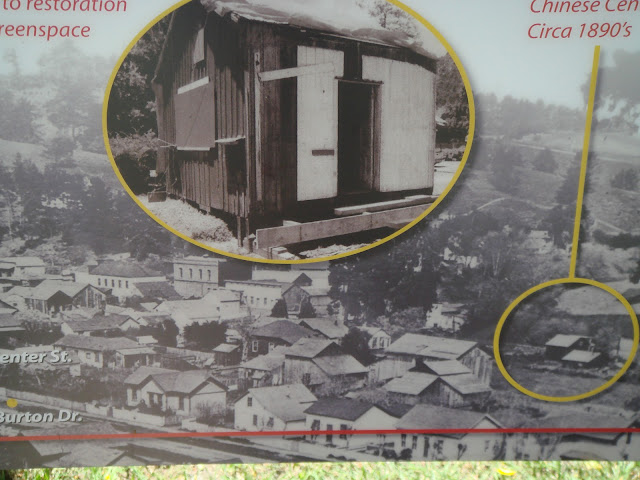 The inside work was completed this year and the Red Temple is now the jewel in the beautiful Greenspace Creekside Reserve on Center Street in Cambria's historic East Village. 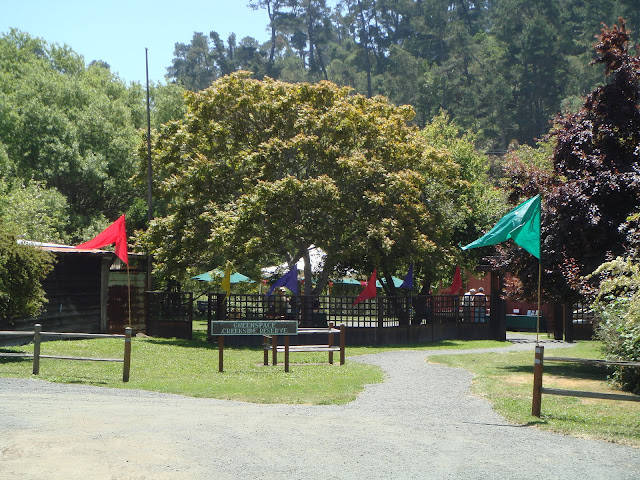 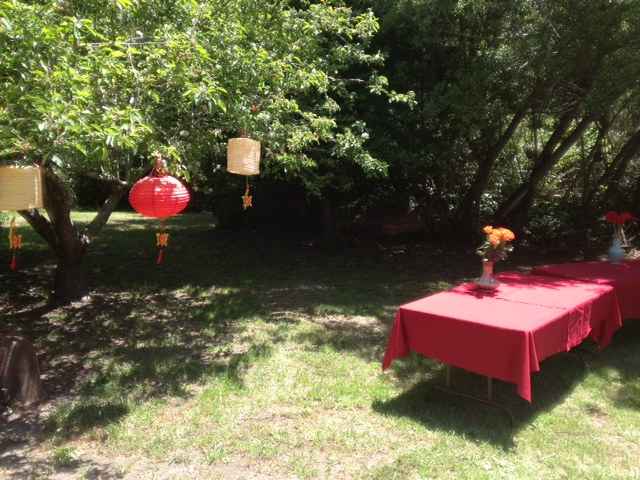 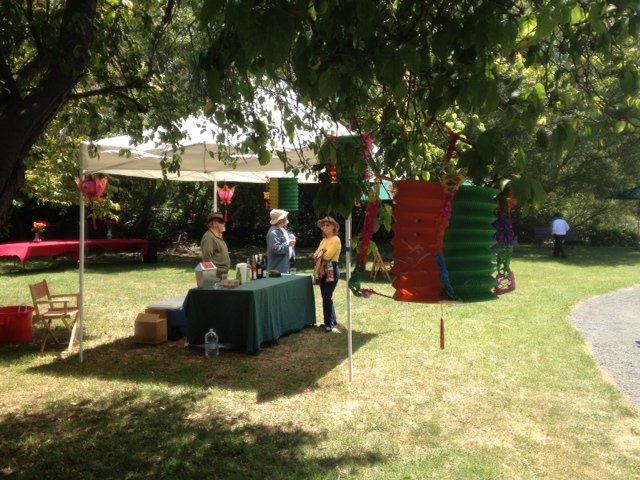 The Chinese flourished in this area in the 19th Century.  In northern San Luis Obispo County many were kelp harvesters. The product was gathered, dried, processed and shipped to China.  Earlier the Chinese helped build the west coast rail lines and then worked in the Cinnebar mines. They've been described as tireless and fearless workers, picking at rock and mountains.
Local historians report that when George Hearst obtained coast land, he pushed the Chinese out of the area by shoving their bluff and cliff side homes into the Pacific. He was the  father of William Randolph Hearst the builder of the castle at San Simeon.
For a variety of reasons the Chinese eventually left this area of the central coast and migrated to San Francisco where a vibrant culture remains. I'm sorry there is not a larger Chinese population on this part of the Central Coast.  I'm grateful Greenspace has done such a marvelous job of capturing and preserving the history.
If you get to Cambria, make a point of touching this
part of history.
See you down the trail.
Posted by Tom Cochrun at 12:47 PM