The LA Times prompted the LA County Sheriffs office to
investigate a "secret clique" in the sheriff's gang unit.  Members wear a gun toting skeleton, which according to the Times, the members alter after they've been involved in a shooting. They are called the "Jump Out Boys."
I understand the need for camaraderie.  I saw it work as I spent weeks with Army Snipers in training, followed FBI Agents through 16 weeks of preparation, embedded with tactical weapons teams, and covered countless other law enforcement or security and intelligence operations.  You go through things civilians never see and it does contribute to a sense of bonding.  There is an however here.
Cliques, private creeds, as alleged in the Jump Out Boys, are wrong, and send a terrible message.  Yes, we ask cops on drug and gang task forces to deal with the dregs of our society and it is difficult and often dirty work.  The line between good and bad is hard to see.  Still, even when dealing with the dirtiest of dirt bags, or most foul of criminals, cops need to stay within the law and propriety.  They are the line of demarcation between true law and order, civility if you will, and the lawless degeneration of crime.
We don't know where the LA Sheriffs investigation will end. Nothing wrong with a tatt, unless it is a symbol for a
code of a behavior in violation of procedure, policy and law.
I remember rooting out a federal employee-a postman-who
swore a secret oath and wore a tattoo of his allegiance to the Ku Klux Klan. He put that belief above the law that
governed those of us who paid his salary. He openly advocated violation of some of those laws.
If we are a nation of law, we must behave that way, especially those who enforce the law.
TOO MUCH $$
One more thing has me venting today.  A $40 thousand
dollar a plate dinner at George Clooney's home?  Even though the attendees can afford it-they are all wealthy, it is just another symbol of the influence of big money in politics.
The Obama campaign will get a shot in the arm.  Romney's campaign also does high ticket fund raisers.  Most of the money will end up in commercials and advertising.
The need to raise and spend money has perverted the
process and supplanted principle, intelligence, problem solving and vision.  What a helluva way to choose office holders!
DAY BOOK
CAT PLAY
The Further Adventures of
Luke and Hemingway 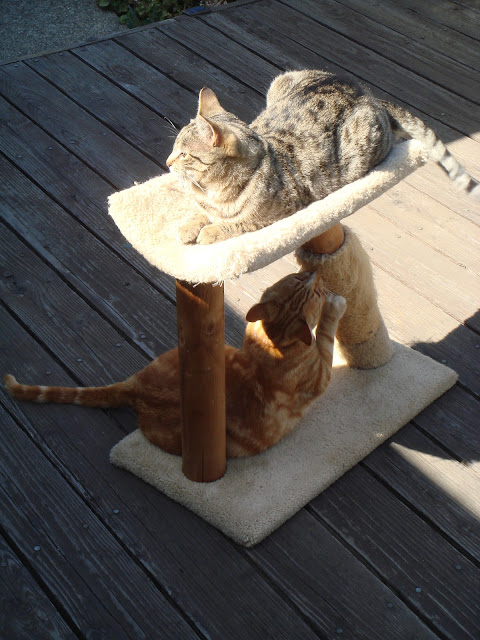 "Hey, you know I could sleep a lot better if you'd knock
off that scratching down there."
"Oh yea?!  Well if you didn't hog the top deck all the time." 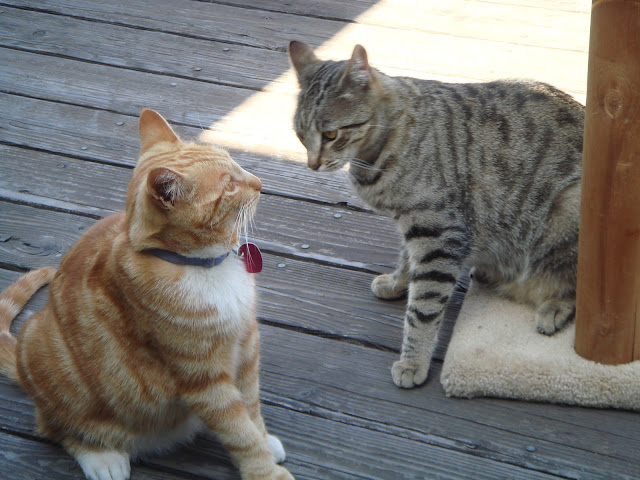 "OK big boy!  I'm down on your level now.  Hey, look at me
when I'm talking to you."
"I don't want another of those stare downs. But I can see you looking at me.  I just want to get up on the top deck." 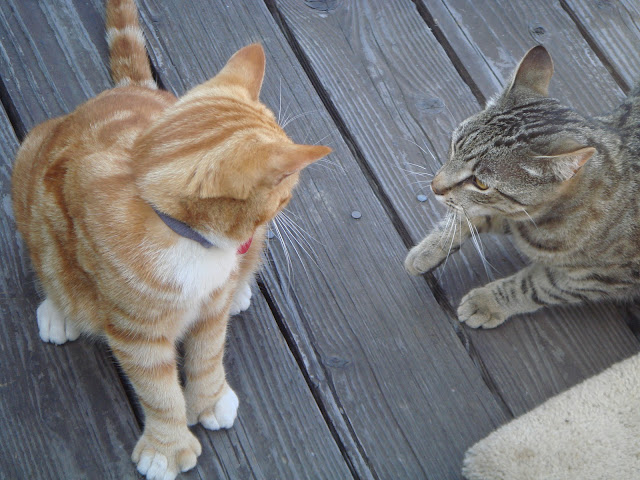 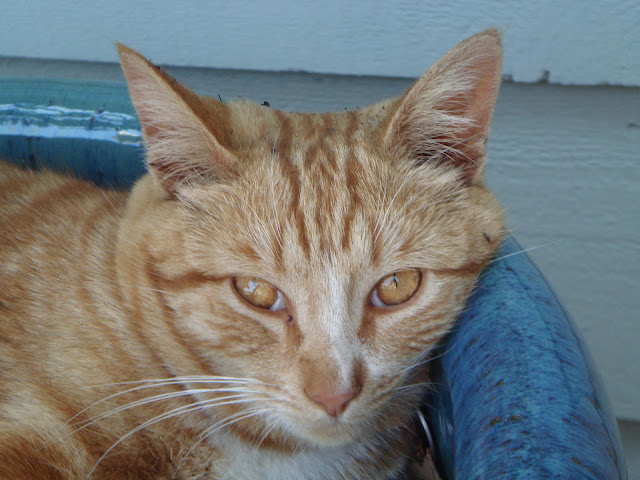 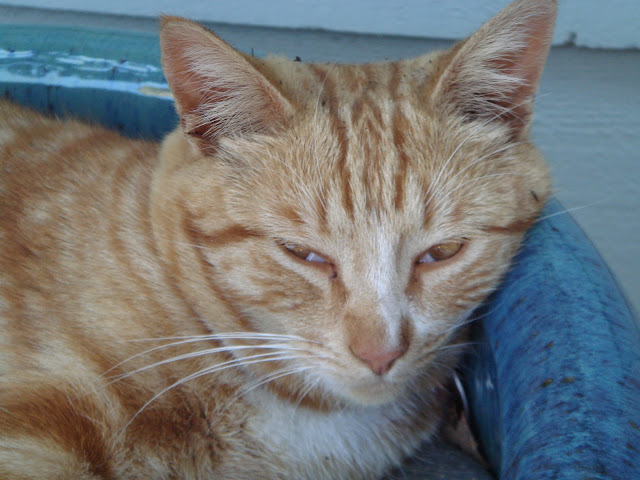 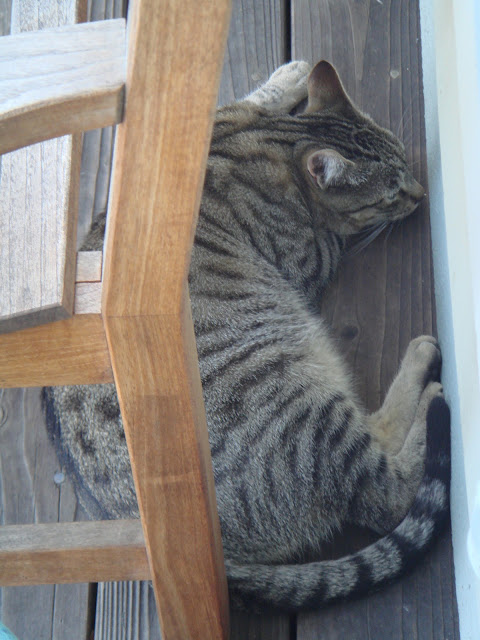 "It's too hot in the sun.  He can have the top deck.
I just want this shady spot."

See you down the trail
Posted by Tom Cochrun at 11:21 AM