EXCELLENCE
The Maritime College football team from the Bronx New York did something extraordinary this year.
Instead of player names on the back of the uniform the
team displayed words like FAMILY, RESPECT,
ACCOUNTABILITY and CHARACTER.
It was the concept of Coach Clayton Kendrick-Holmes
who told his players to be mindful of those qualities as
they competed.
Coach Kendrick-Holmes is an amazing story in his own right.
This video demonstrates not only excellence, but
commitment and courage.

Excellence and
Classy Seats
Camp Ocean Pines in Cambria is
another place of excellence.
Link here to learn of the many opportunities for youth and adults. We've watched as they have build a new
amphitheatre.  Recently we visited for a progress
report and were amazed and charmed by the
artistic detail in the seats. 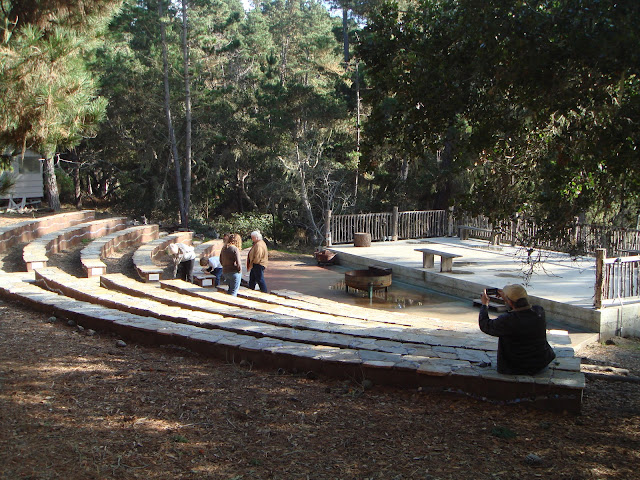 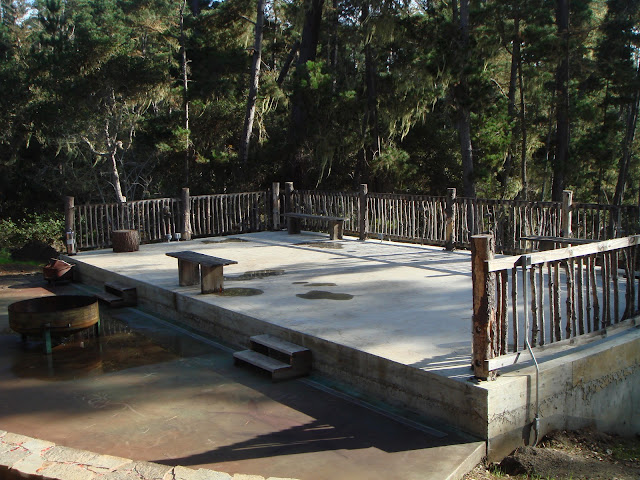 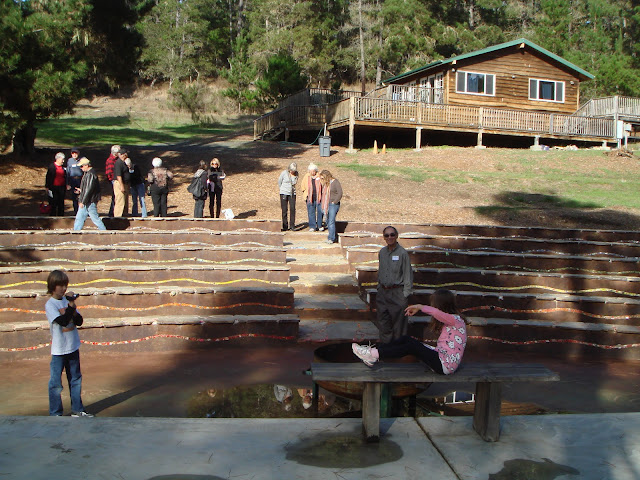 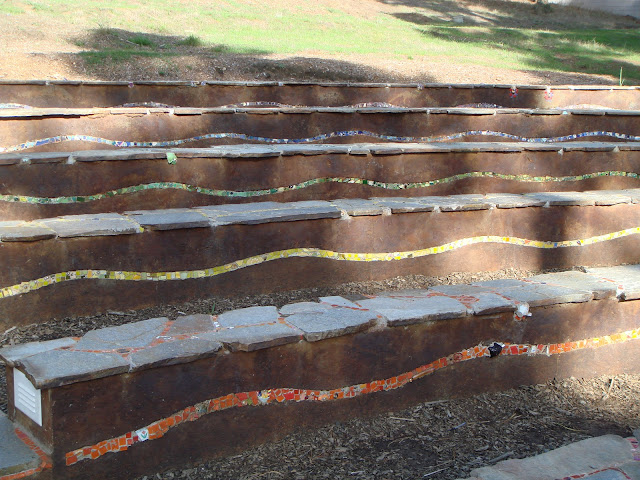 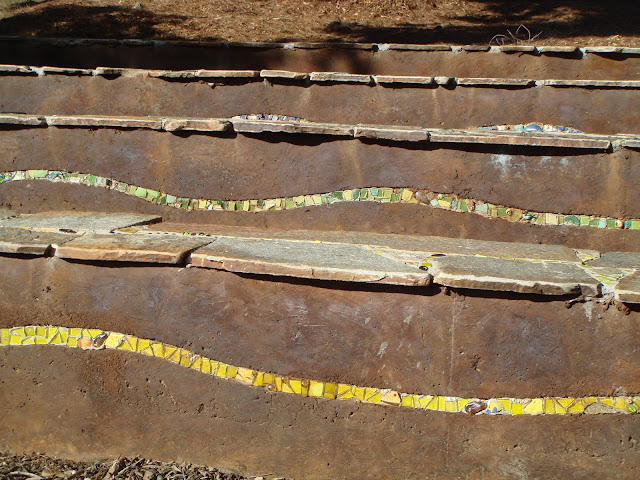 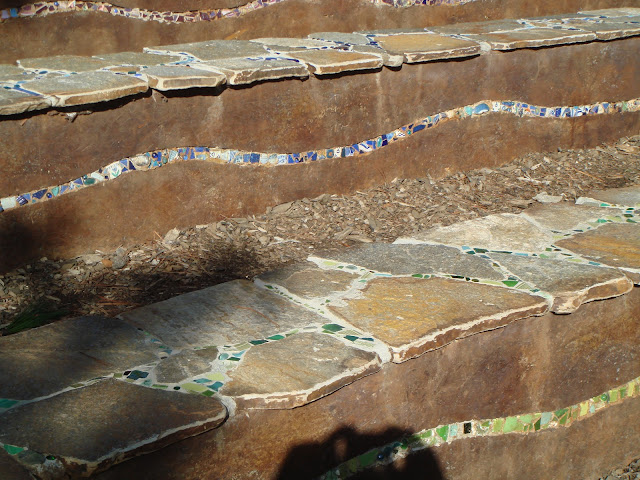 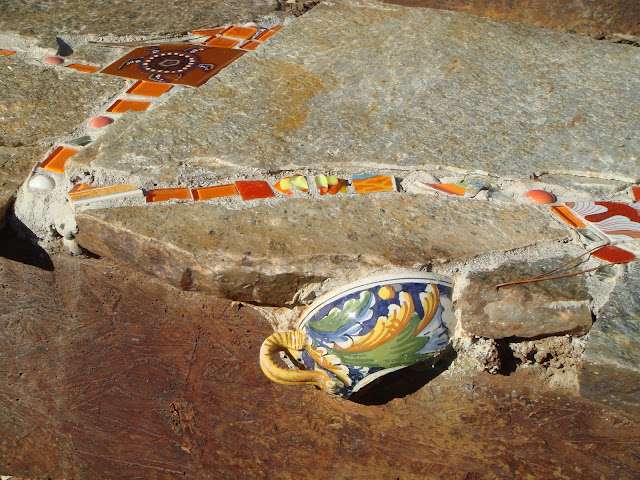 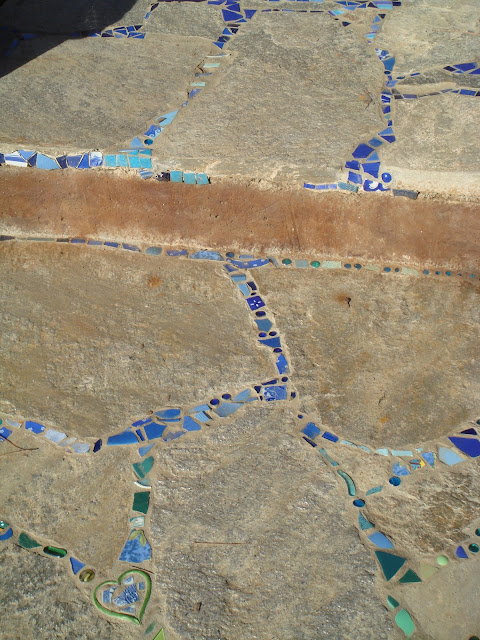 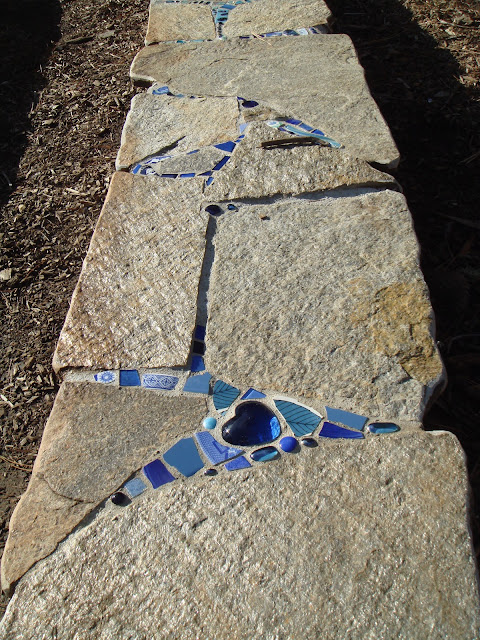 That attention to detail and style underscores
the idea and practice of excellence and artistic appreciation.
Salutes to the Maritime football team, coach Kendrick-Holmes and to Camp Ocean Pines.
See you down the trail.
Posted by Tom Cochrun at 11:35 AM