TURKEYS-JOURNALISTS AND OTHERWISE & WHAT A SHOT

FIRST, THE AMAZING IMAGE
Unless you have a powerful scope, you probably
missed the fly by of the asteroid 2005 YU55.
Thanks to NASA's Jet Propulsion Lab here is a short clip.
NOW ABOUT IDIOTS POSING AS JOURNALISTS
SPJ, the Society of Professional Journalists
drew attention when Herman Cain accused reporters
of violating the Journalist's Code.
You can link here to the SPJ blog by Kevin Smith,
SPJ President and Chairman of the Ethics Committee.
In his excellent analysis, Smith provides context and cites two recent examples of national journalists being unaware of the Code of Ethics.
Example 1
Washington Post columnist Ruth Marcus went after Cain, defending the paper but admitting she wasn’t familiar with the SPJ Code of Ethics. She wrote: “I suffer from the instinctive journalistic aversion to official codes of conduct.”
Example 2
Later Monday, MSNBC’s Andrea Mitchell showed her relative lack of ethical knowledgeby snarking to Politico reporter Jonathan Martin, the reporter who broke the original story, “I assume you’ve read the journalistic code of conduct, whatever that is.”
Well,
the Mitchell snarking and the Marcus arrogance of destitute ignorance make them poster children of the WORST OF AMERICAN JOURNALISM.  I didn't know they were both
so empty headed, ungrounded and intellectually lazy.
Martin's snide response to Mitchell was also stupid and a disservice to real journalists.
I spent several decades in journalism and the SPJ Code of
Ethics was something that guided my shops from when
I was a street reporter to my years as a news executive.
True journalists, serious journalists know about and
abide by the code.  Fools, egotists, gas bags, snark queens,
and posers apparently do not.
SO, THIS IS DEDICATED TO
RUTH MARCUS, ANDREA MITCHELL AND
JONATHAN MARTIN--


THE TURKEY TROT
Perhaps they are not students of irony,
but as we near Thanksgiving, we can count on a
parade of wild turkeys making their daily
migration across the ridge top. 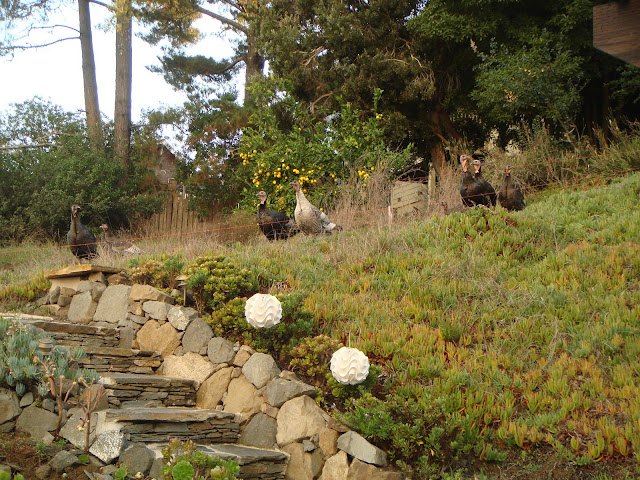 We noticed that Mr White, the albino, is back. 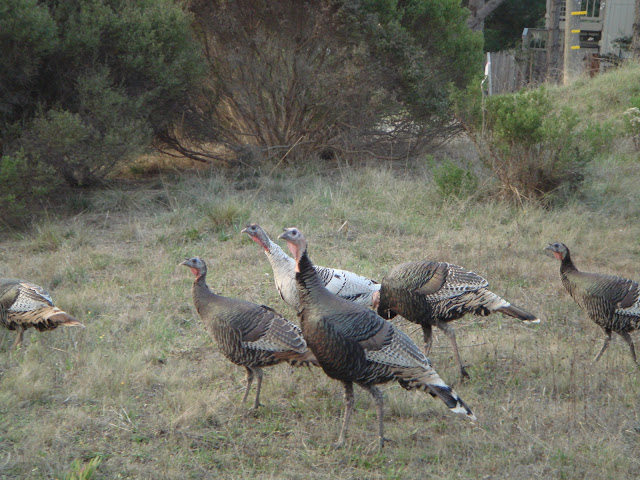 Like some people, they are not very intelligent and
are ignorant of honor and codes of conduct and leave us
with messes to be cleaned up.
See you down the trail.  Watch your step
especially if Marcus, Mitchell and Martin are around.