LIVING WITH PUTIN, OR NOT! 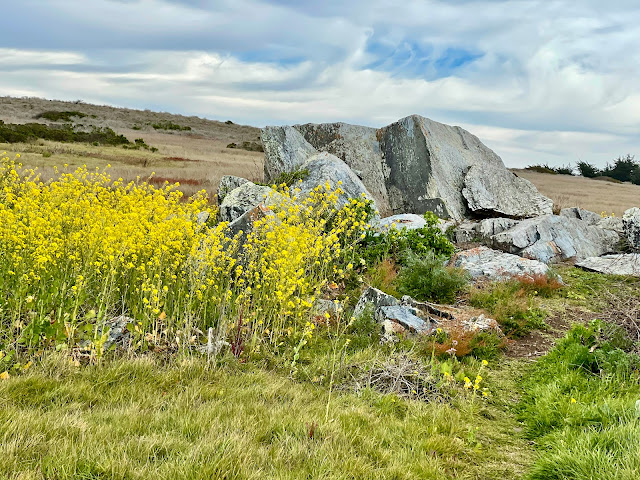 Hoping to provide a least a momentary break by sharing images of where I've sought solace while ruminating about Putin and his evil and destructive arc.

Longtime readers may recall the December 2013 post "A Bullet for Putin?" It was another of the "tells" that I saw in his emerging philosophy and world view. He has been signaling his messianic intentions to change the world map and elevate himself to that of a czar and hero of the fatherland.

So how do we live in a world with Putin? How do we behave, upholding human civility and the sanctity of law, while a thug with no regard for life or territorial integrity invades and attacks, committing war crimes? 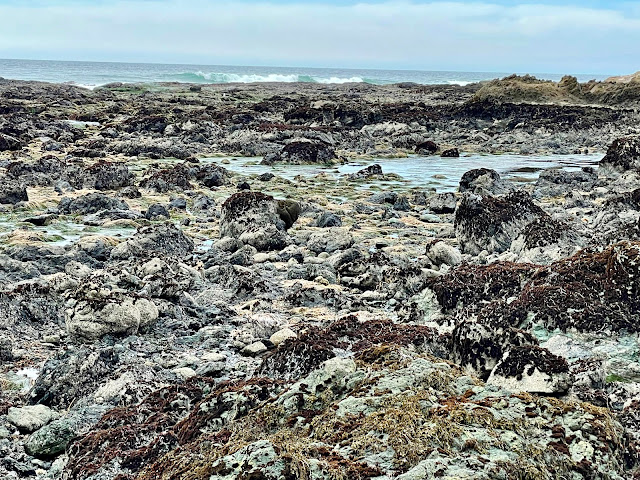 To a straightforward mind it seems wrong not to be more aggressive and to intervene to stop the invasion and brutality. That has been the plea of the Ukrainian people and President Zelensky. However from the safety of not being bombed and invaded, the world's response has been to leverage war without escalating the violence, which could quickly lead to a World War. That is made more frightening by Putin's irrationality and his stance on nuclear weapons.

The sanctions and diplomacy are important and have already begun to have a cratering impact on Russia. But if you are a Ukrainian it seems to be not enough.

There are larger issues here. Putin must be stopped and must be made to pay a high price. If not, he will continue with his messianic vision and mad agenda.

If the west were to respond militarily, they could stop the invasion where it is and if inclined could seriously damage Russian military infrastructure. Punishing strikes on Russian bases might seem an effective response to such lawless and blatant aggression. But that takes the war to Russia and there would be dire consequences.

The draconian sanctions are a way to degrade Russian power and perhaps force and incentivize the Russian military to stop Putin.

The Russian economy is in free fall. Increasingly Russia is being cut off from the world. The millions of Russian citizens are unwitting victims of Putin's war. He has moved the nation backwards. The war crimes being committed are being catalogued and investigated already. This will reach into the military and the bureaucracy. Sources in the West are communicating with sources in Russia with the objective of giving doubting Russians a path to depose Putin, or to circumvent his war plans. 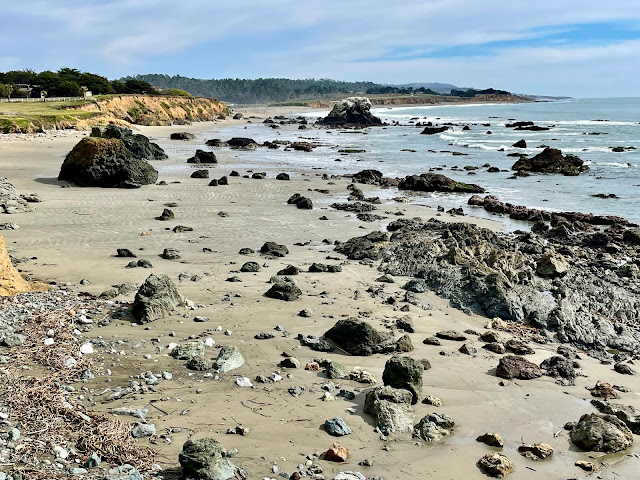 That is the best hope, and it is only that. It may be that Russian citizens will be so hurt by a devastated and isolated "life as normal"  they will find a way, even in the face of arrest and jail for speaking against Putin and his war. There may be a common sense in the military command to reason that Putin is indeed mad, out of touch with the legacy impact of his actions and that he is just wrong. The only way forward for Putin is to pursue his own grandiose vision and the Generals know there are costs, and strategic disadvantages. Finally, most of them do not want to be tried for the war crimes.
When the Soviet Union collapsed it was Red Army Generals who made a secret trip to Washington to talk about the disposition of Soviet nuclear warheads on land, on submarines and on airplanes. Two heroic US Senators did what James Baker and George HW Bush did not, that was to meet with the Generals and to begin the process to secure the old Soviet war heads.
Republican Dick Lugar and Democrat Sam Nunn put themselves at risk by traveling, negotiating and working with former Soviet commanders to keep the war heads safe, off the black market and secure. It began as an emergency appropriation, became the Nunn-Lugar Act and eventually the Cooperative Threat Reduction program.
Russian military leadership called a halt to the Russo Japanese conflict in 1905. Again in 1917 the Russian military just quit fighting, tried of World War I. US and Russian counterparts have communicated periodically in the last half of the 20th Century and in the 21st. Military leaders understand the risk of modern warfare to the future of life on the planet.
The first KGB officer to rule was Yuri Andropov in the 1980's. It was during this reign that planning to stage and survive a nuclear exchange was undertaken. Even though Andropov increased military spending, creating hardship in his economy to lavish the Generals, it was the military who began to reach out the west to alert the world to how "hair trigger" the nuclear game had become. The Russian military and the KGB have different world views. 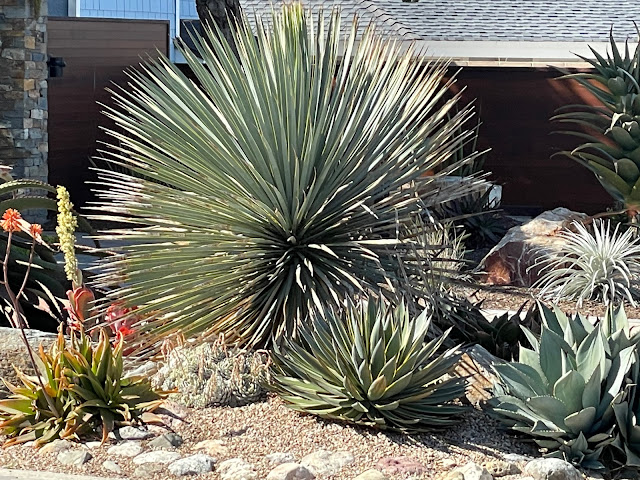 I expect as the war crimes and the brutality of the unprovoked war continue there will increasing debate in the west, among NATO and in the US about upping our response, getting more militarily involved.
There is truth in the historic comparisons and questions about "what if" Hitler's early invasions and lunatic aspirations were stopped. If Putin is able to succeed in changing the map, or even survive, he will be empowered and emboldened. In my view, there is no place in the modern world for people like Putin, other than in prison or dead and used as an example.
Putin is a demonstration of why there are alliances, why NATO is important. He is an example of why democracy is essential and why authoritarians are dangerous and should be permitted only in ancient history. 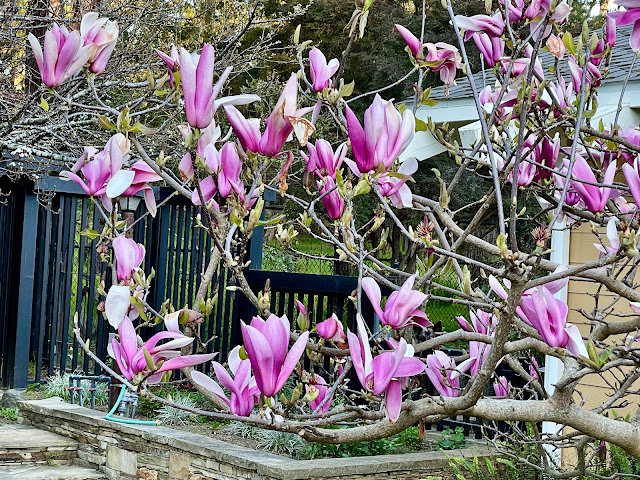 A final thought for now. As we watch history made be careful of what you see in public opinion polls. The media ballyhoos them.
They are positioned as an entre' into the public mind or a validation or repudiation of a policy or statement. After several decades in journalism I've come to think there is too much emphasis on the "take" or meaning of the polls.
Some questions surpass public knowledge or understanding. The polls only compound false assumptions or  misrepresentation. Too many people react based on emotion and feeling instead of facts or critical reasoning. Too many people are in their own confirming information silos and do not have a complete or broad understanding.
A terrible use is to pose a simplistic question like "Should the US use military force to support Ukraine?" or "Should the US do more...." Yes public policy needs public acceptance, but asking an increasingly ill informed, even misinformed social media fed public is as useful as me asking the shelled denizens of the tidal pool, can I walk on water.
BTW there is a self portrait of sorts in the first frame. 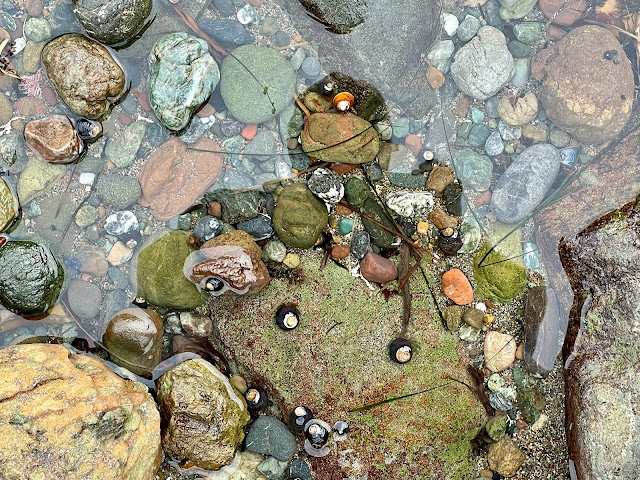 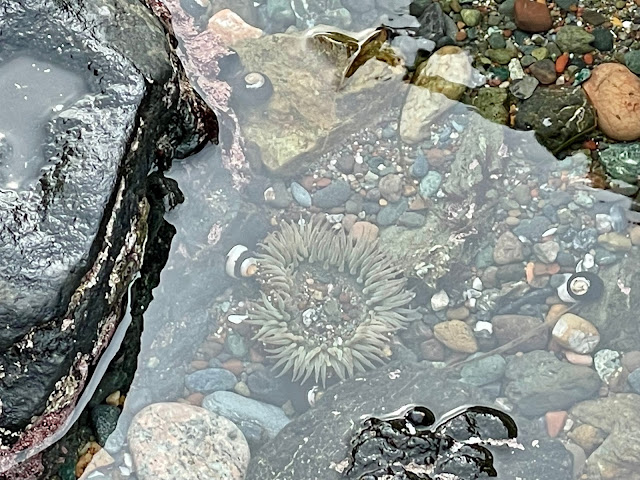 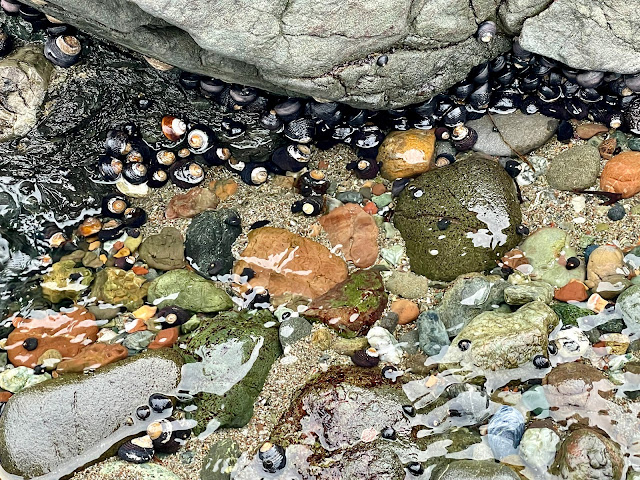 Nothing is a simple as some will try to make you think it is. Nothing is more difficult than watching innocents suffer, unless it is finding a way to end the violence.
I hope a truce can be struck, and that combatants will be separated by a UN resolution. The negotiations that I hope will come will be a challenge. It will be difficult for Putin to accept anything less than some gain, and in my view that is too much.
Modern history tells us tyrants and power mad men like Putin need to be cut down, earlier rather than later. But it has to be done properly.
We are in a brutal time. We can counter a bit by our humane support for Ukrainians, those who are left behind, and those who seek refuge. Everyone can do something. 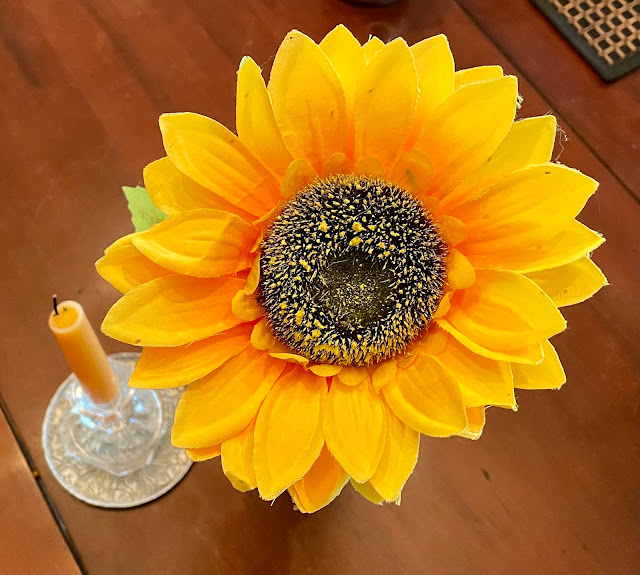 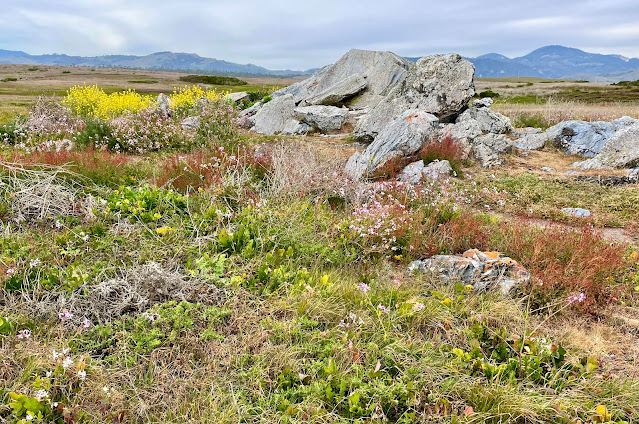 Peace!
See you down the trail.