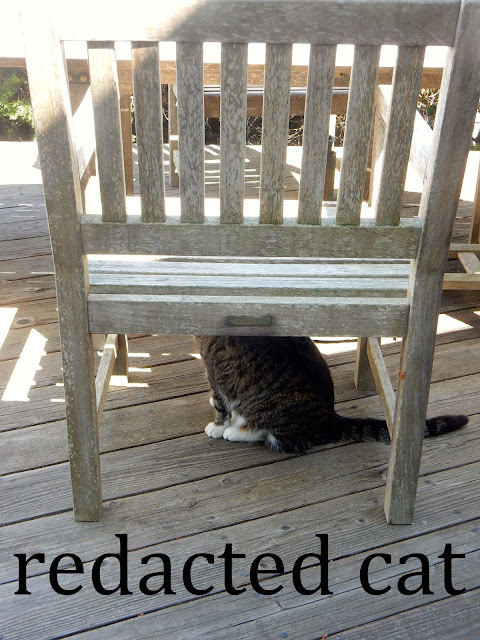 Mueller the cat is fine until he goes to the Barr
Mueller the cat discovers you can't be too careful about who you believe. You trust the wrong person with the truth and it's like they steal your head.

life by headlines
# It is no surprise, but William Barr's reputation is getting kicked like the soccer ball at the playground. Time to ponder him later.

# The other headline is what got left out of the early "review." In journalism we call it "burying the lead."

Which lead, you ask? What strikes me at the moment is the summary implication of the Mueller Report.
By way of explanation it seems that Kamala Harris, for example, could say one day-
"China, if you have any information on the Trump regime, maybe e-mails, tell us about it."
She could encourage China to get active in social media and try to get her elected. Maybe she could meet with Chinese agents in Trump Tower to talk about their helping her campaign.
Or Kirstin Gillibrand could do likewise with Saudi Arabia, Sanders with North Korea, Warren with Norway.
It is not illegal to meet with foreign governments who interfere in our election and who work to get you elected, and it is not illegal to deny the meetings or lie about what went on. It is not illegal to re-Tweet or post on social media, outright fabricated stories designed to sew divide in your nation.
Oh and it's not illegal to secretly connive to build a hotel in any one of those locations, and to lie about that. So there!
Can you picture the field of debate candidates all wearing blazer flag patches, or pins of their "interfering sponsor."
Can't you hear the announcer-
"Candidate Pete Buttigieg, sponsored by Oxford University, Betto O'Rourke running this year with interference from Mexico, Corey Booker who is meeting with agents from Canada, Joe Biden who is working on a resort deal in Sydney..."

such is the trump precedent

The obvious question, if they did nothing wrong, why did they lie about so much?
There is so much more life in the Mueller report and on even more serious avenues.
The most immediate casualty is William Barr.
The journeyman Republican lawyer joins a crowd of those made toxic by Trump. He was no brilliant scholar but he paid his dues as a conservative apparatchik. He was not a major player, but his reputation did not have stink on it, until he publicly auditioned to join the gang and then displayed what it  is to be a trump pimp.

The report is a treasure of findings and insight. Listen to the analysts as you will, but take time to read as much of the report for yourself. Read coverage from a range of views and try to ignore the obvious television yack yacks.
This began when Russia interfered in our election and did what they could to get Trump elected. How all of us, and some of us in particular responded to such an obvious intellectual, emotional and informational invasion draws the measure of our character.
Several investigations continue. The legislative branch will now exercise it's authority and role. What is toxic and flesh eating in the American body politic becomes more obvious.
We just may learn the faces of treason and the motivation of personal greed, and find a new bottom in integrity, capability and national fidelity.
but for now, a drive in wine country 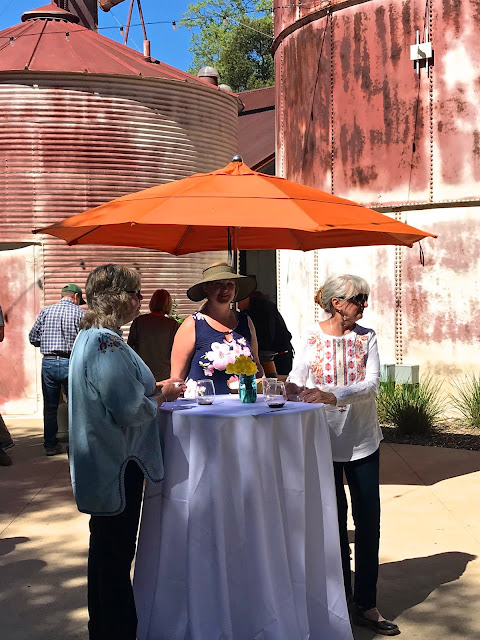 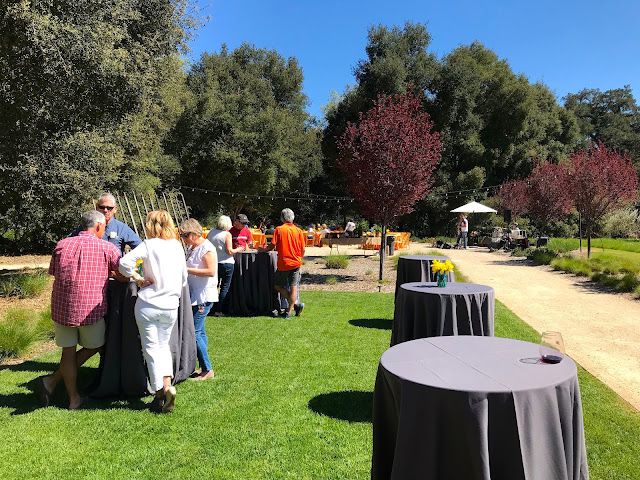 it's a great year for lupine, even in the vineyards 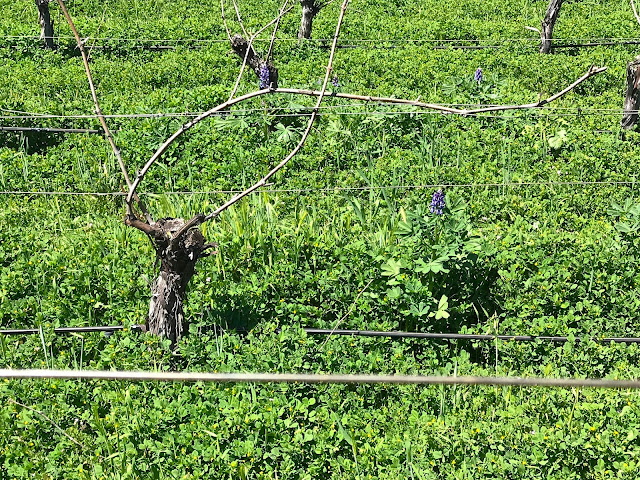 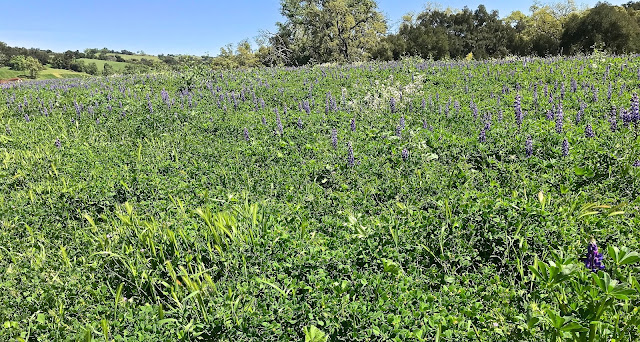 Oh, and Cheers! As one observer noted: as much as he tried to obstruct and rant and rave, Trump was unable to break the judicial system, because some around him refused to do what he asked or demanded. But, he tried....and now
the ball moves to the Congressional Court.

See you down the trail.
Posted by Tom Cochrun at 5:20 PM