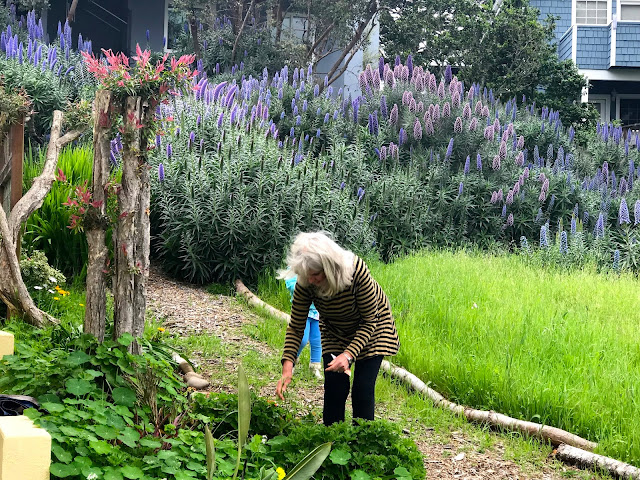 Lana and I have chuckled about what the woman at the garden center must have thought when we showed up back in the spring of 2007 asking about a wonderful plant with which we were smitten. 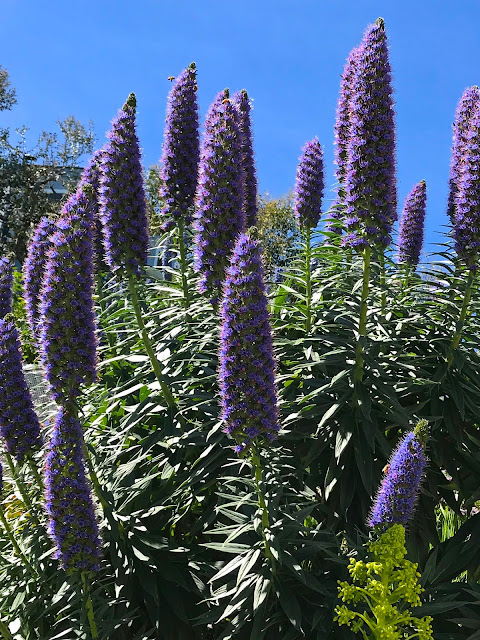 After our amusing attempt to describe it, she realized we were talking about Echium, or Pride of Madeira.
We moved in January, from a bleak and dreary Indianapolis winter and were bowled over by the vibrance of California winter blooms and Echium was, to our eyes, an exotic.
When she heard we wanted to "buy" a start she said, "If you have some near by, you might just wait" for it to spread. We didn't know then what we've learned in the last 12 years-it grows mightily and has to be kept cut back or it takes over.  Still, we love it every year at this time as it displays it's arrays of color and hue. 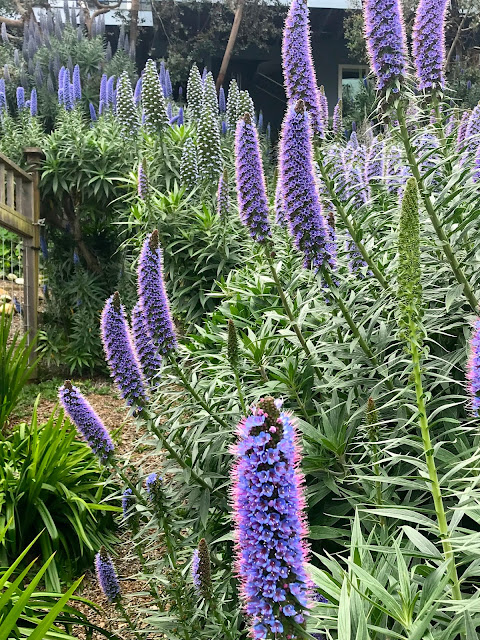 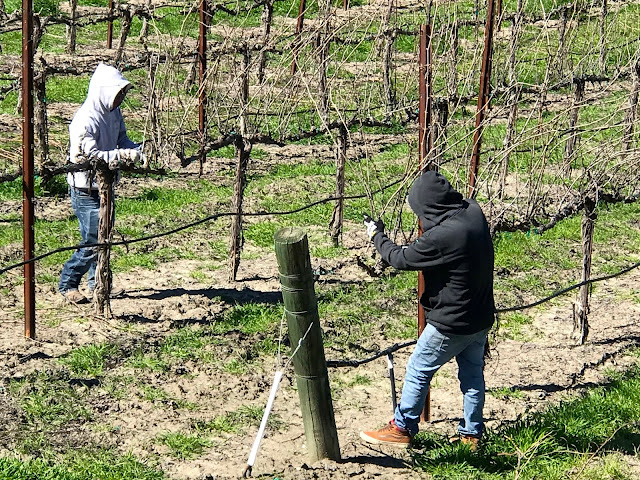 The field crews, who work for the viticulturist or wine grower are the unsung heroes of wine country. Here they are doing a late winter/early spring trimming of the vines. 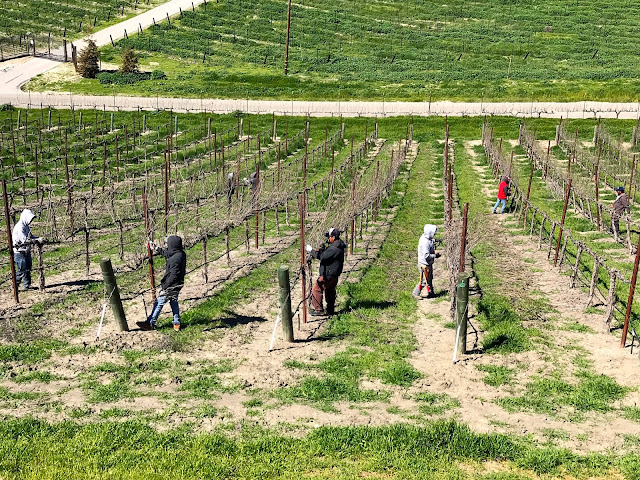 In the fall these crews will return to harvest, displaying a skill and speed that is stunning.
We caught these people in action in a region of the Paso Robles appellation know as Pleasant Valley, near San Miguel, north of Paso Robles and east of the 101. It was a good outing for us as we spend most of our wine country visits in the "westside." It stretched our horizon.
Navigators Mike and Sue tracked us to a mom and pop winery that is opened on rare days and by appointment.
The Mom and Pop purchased the land for a retirement home, and thought they might "raise a few vines." He works for a big Winery, she's a writer in tech. Years later they still live upstate and their retirement is still a few years off. They didn't build a home, they built a winery. 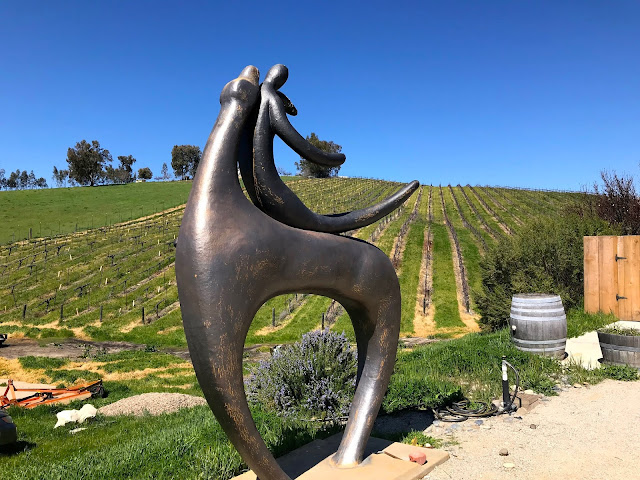 Cinquain Cellars is an award winning artisanal winemaker and is developing a loyal following. 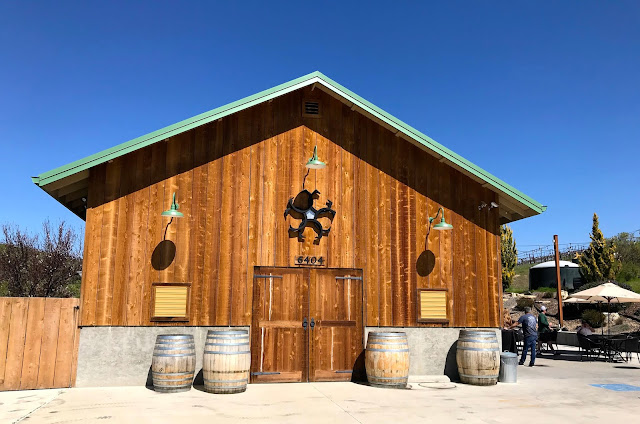 The Pleasant Valley wine trail opens with wide vistas and a gentle undulation. 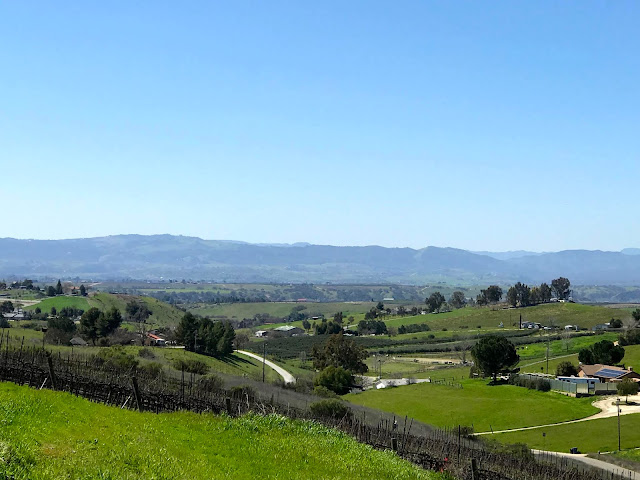 And it is diverse. The Villa San Juliette Vineyard and Winery sits near more "barebones" neighbors. Out here on the east side, as everywhere in the Paso Robles appellation, there is a range of style, vibe and wine. 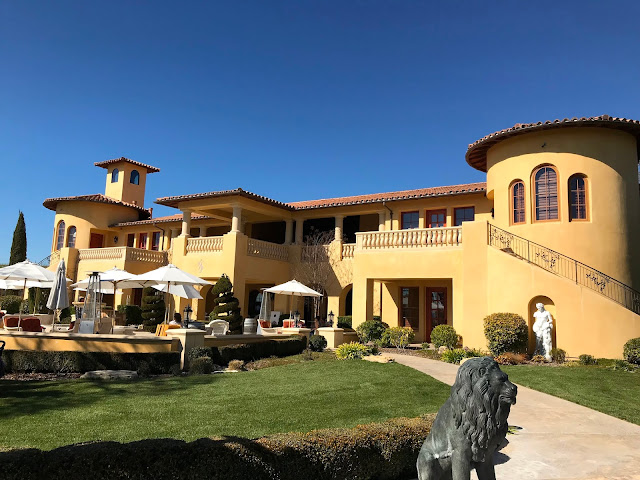 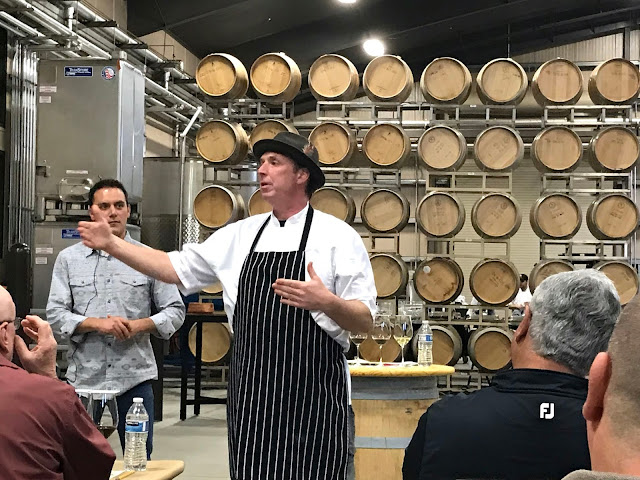 On a recent Saturday in the westside, Denner winemaker Anthony Yount, standing to the left of the chef, conducted an introduction to winemaking and a wine-food pairing seminar. 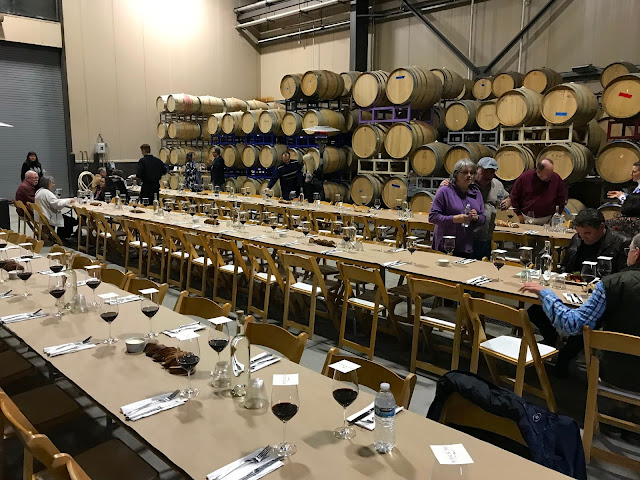 Back in another era I would have bristled at the idea of spending a Saturday in school. With wine and food as the content, I bristle not so much. 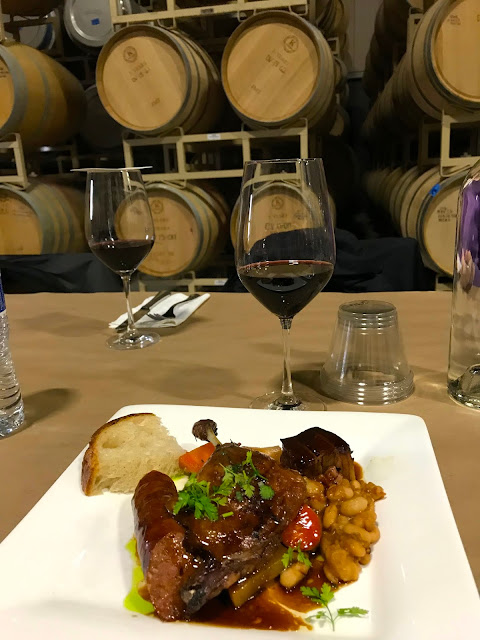 land of the free, home of the brave
Soon we may all have a chance to put our eyes on the Mueller report, at least in some redacted version. I hope everyone takes an interest. Hope so, but some will refuse to read it. Why?

Did you see where the American fool told people his father was born in a German village. (Would that be the Bronx?)
Is he truly delusional or just a lying chimeric collusion of feculence?
Aren't either, cause enough to haul him out? Seriously.

Can't rodent control or crime prevention or no contact with reality be grounds for impeachment? You don't think so? Why? 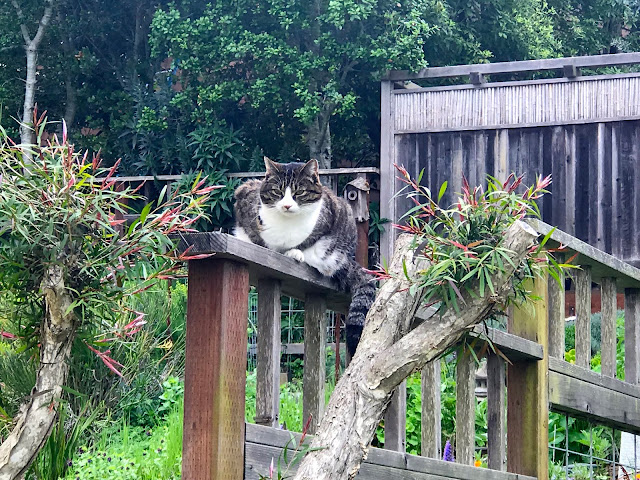 Even a cat named Joy seems fed up.

See you down the trail.
Posted by Tom Cochrun at 11:48 PM