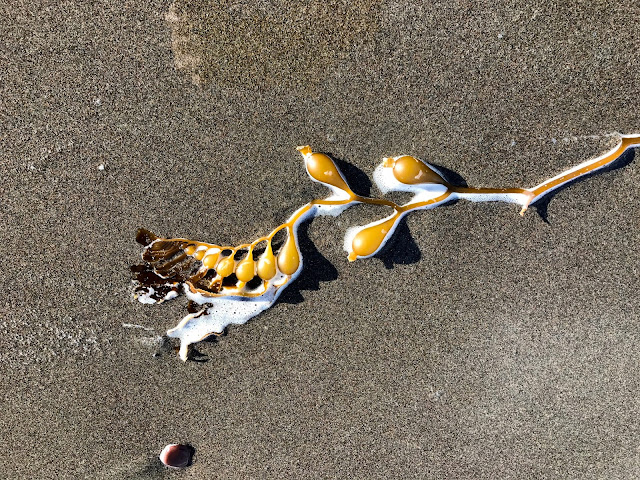 A Christmas adventure story about packs of strike force agents coming up, but first it struck me that even kelp pods seem decorated for the holiday. Pacific tides offering assistance. 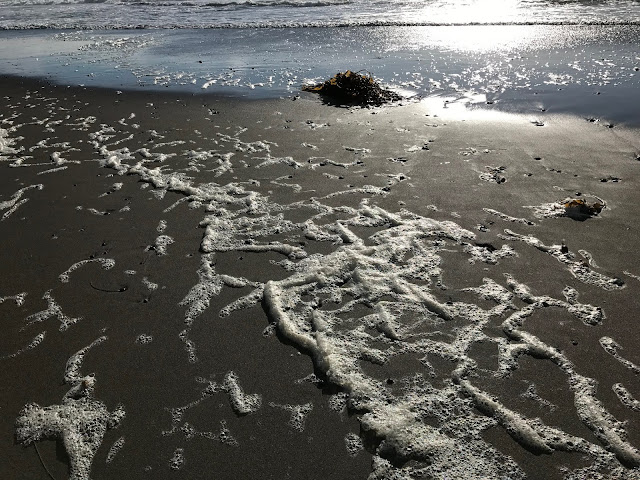 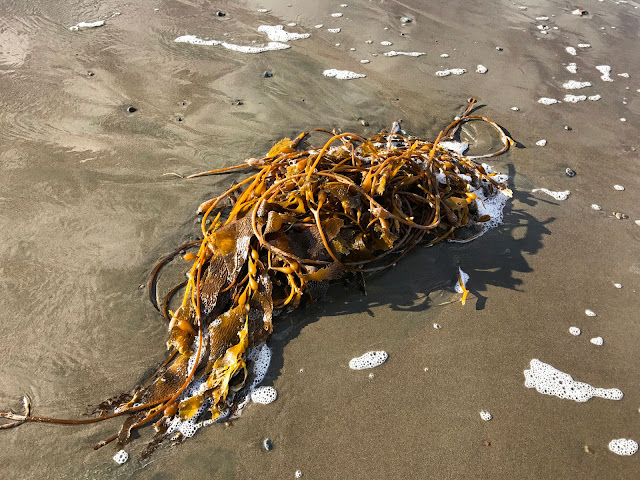 This is enough "white" for our Christmas. Since our transformation to Californians, we dream of a "green Christmas" and we seem to be on our way. 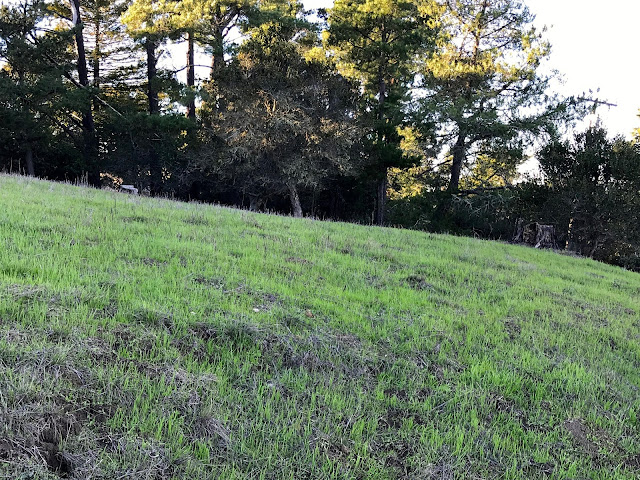 Green blades have emerged in the space next to our house. 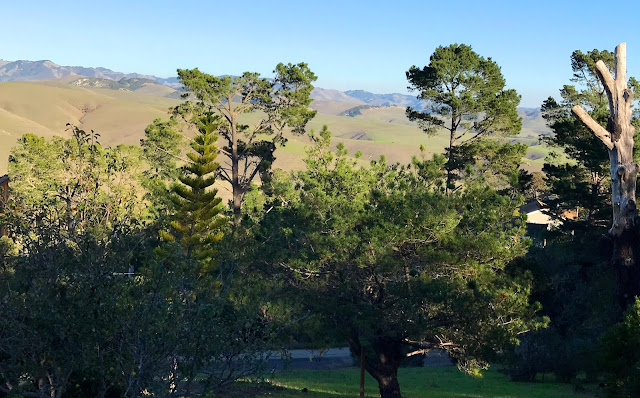 You can see tinges of green on the grazing slopes rising behind the trees. 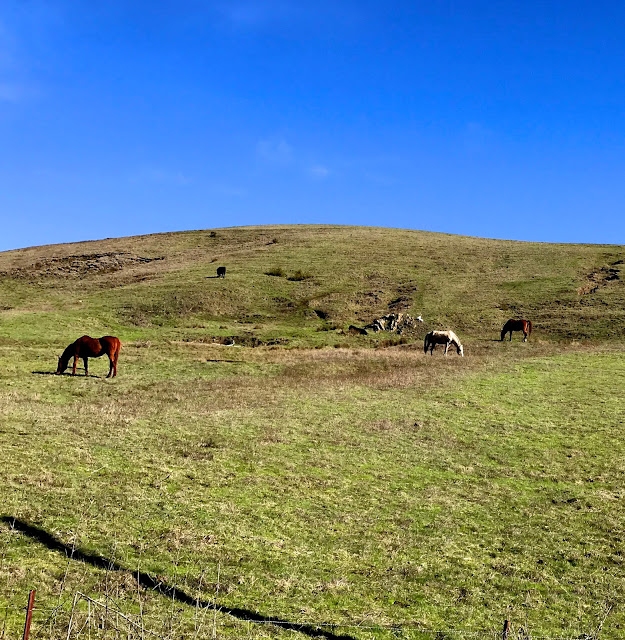 These were the spectators in the walk in seats at our tennis court. They're more interested in tender green than our "exciting and dynamic" matches. (Actually play was very good-on this occasion)
indeed it is beginning to look like.... 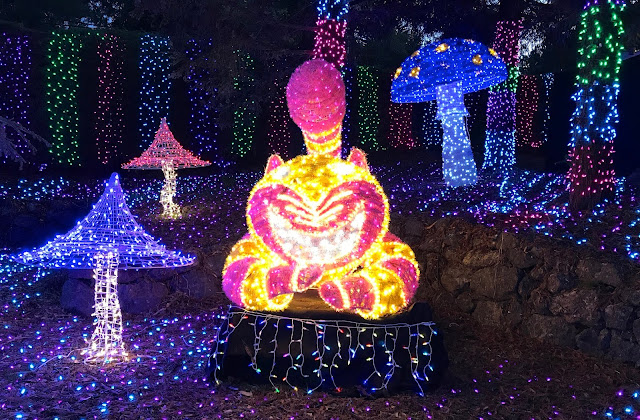 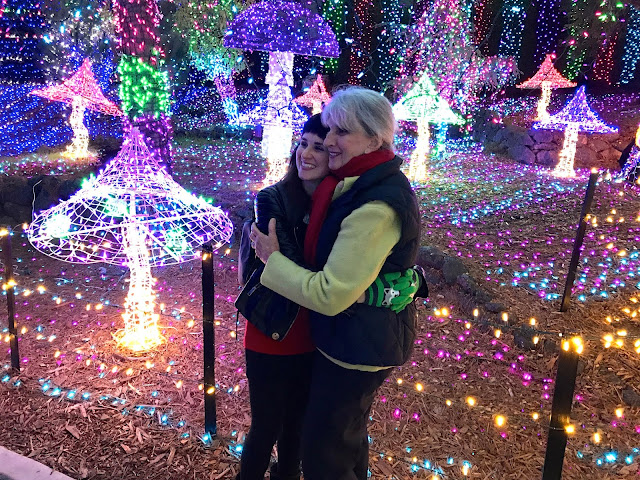 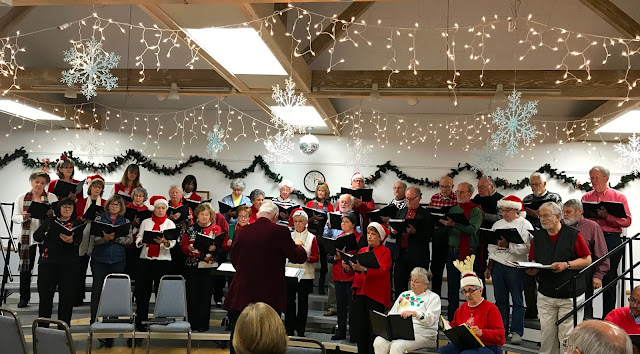 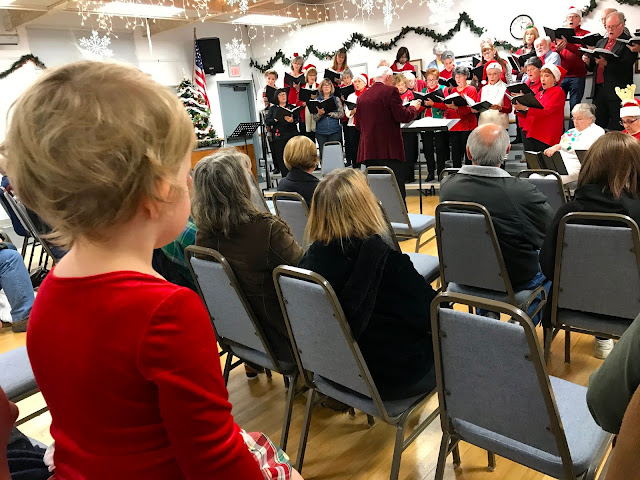 While just a couple of blocks away the "village dancers flash mob" made one of their multiple stops... 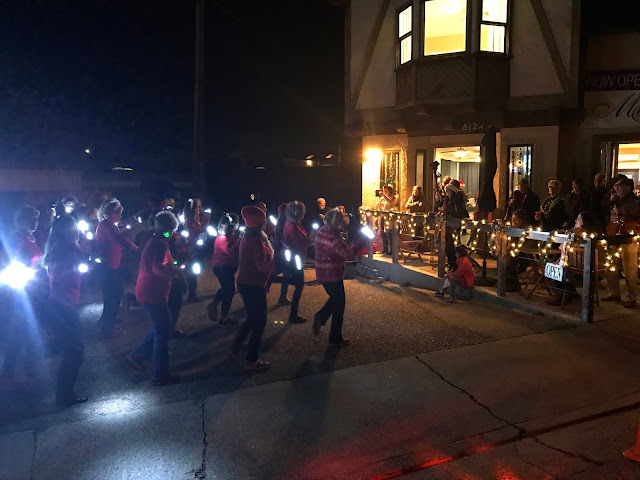 The seasonal turn and cultural calendar come to us as a moment of joy that is getting better.
It looks as if the naughty or nice list may have a bigger impact at the White House than Melania's spooky red trees.

it's beginning to look like justice will be the  white house stocking stuffer
If the rogue president was to peek out of the White House window he might find special task force elves at work.... 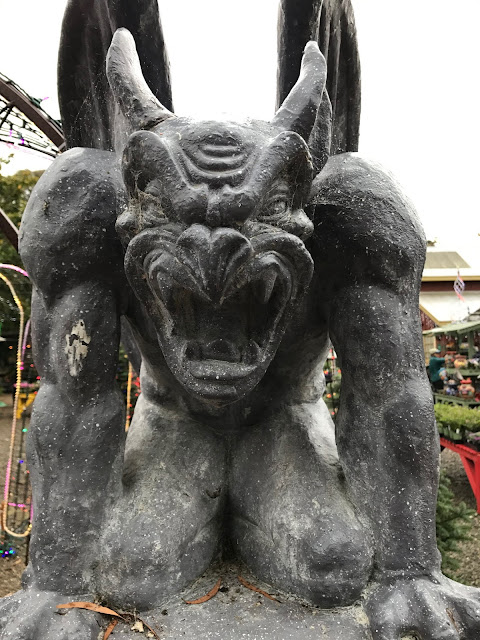 In fact there may be a couple of strike forces of elves. There's the batch deputized by Robert Mueller. They are not saying much. But the group that appears to be dancing and giving high fives are the Trump Justice Department appointed prosecutor elves from New York. That's the team that has "gifted" their boss, Individual 1, by saying he has committed a felony.
To keep the good cheer alive after the New Year, elves from the House of Representatives promise investigations and subpoenas.

another early gift-cherish it
America opened an early gift when 44 former US Senators asked the current Senate to be "steadfast and zealous guardians of democracy."  The bi-partisan group, including respected lions of the Senate, urge this and the future Senate to guard our democracy by "ensuring that partisanship or self interest not replace national interest." That last line was a two-by-four to the head of Mitch McConnell.
The unprecedented action reminds us of the 50 former Republican administration officials from several Republican Presidents who took out ads to warn us that Donald Trump was unfit, unqualified and did not have the temperament to be President.
Individual 1 prompted another historic first when the Chief Justice of the Supreme Court publicly rebuked the President. And now we have the warning from distinguished former members of the upper chamber.


its beginning to look like individual 1
really is a russian stooge
For the first time in more than 600 days one can say there may be a real chance the majority of voting Americans will finally see truth and justice over come the Russian fix and the Trump lies.
A gift came early. One of our coffee dialectic buddies, who out of pique and anger over gridlock and business as normal and his distaste of things Clinton, cast his franchise for public enemy #1, er, Individual 1, cheered our hearts when he offered "I've come to agree with you guys, I think he is just evil." When will Senate and House Republicans also realize Trump belongs in a prison jump suit? Put it on your Santa wish list. 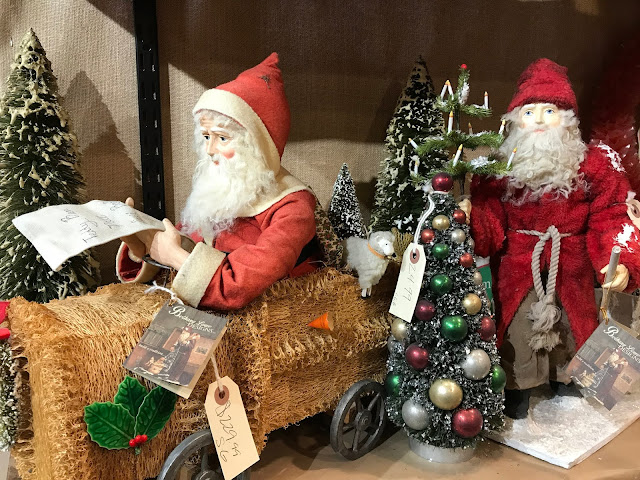 Nothing too jolly about these Santas. They're reading the Mueller investigative files.
Maybe, just maybe in this season of Santa and Elves, the nastiest of spoiled brats will be left with just his pout and a  hearty, "You're fired!"
Yes, it is the most wonderful time of the year!

See you down the trail.
Posted by Tom Cochrun at 12:14 PM