AFTER THE SUN RISE 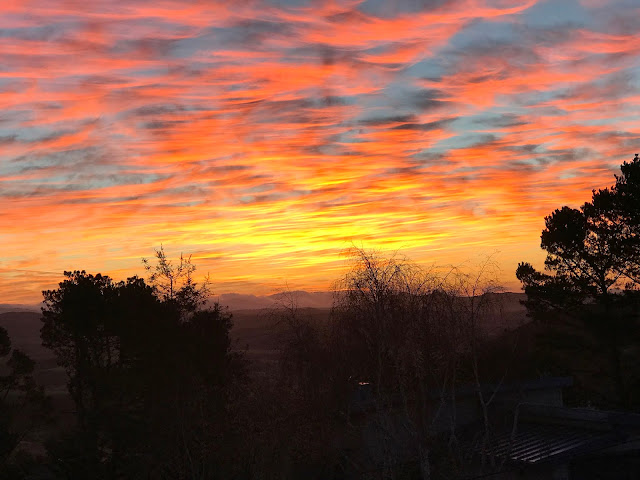 California's central coast is known for its painted skies. Frequent readers have seen magnificent sunsets in this space. Sunrises can also dazzle.
Over the last two years it has become the custom of many to check the morning headlines with some apprehension. Recently the rogue and probably illicit administration has been getting its clock cleaned by American justice. So with the Syrian withdrawal, the treasonous president, also the felon known as Individual 1, gives another gift to the Russians.
Additional thoughts follow this trip down.... 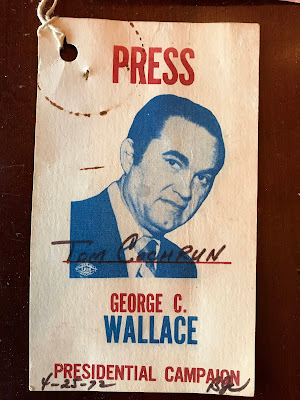 As mentioned in an earlier post I've been sorting through a career and organizing archives, tapes and files for curation at the Indiana Historical Society and the Digital Repository at Bracken Library at Ball State University.
Tucked away in a dispatch bag in the back of a file cabinet was a bundle of press passes and credentials from a long and far flung political reporting trail. My first campaign was 1968, while still in school. The watershed moment was covering Bobby Kennedy and Eugene McCarthy, including being with Kennedy the day Martin Luther King Jr was killed. Kennedy's breaking of that news to an inner city rally in Indianapolis is a famous moment in American political history.
My first extended exposure to a candidate was the Wallace
Campaign in '72. For 3 years I've told people Trump has taken a page from the Wallace playbook. 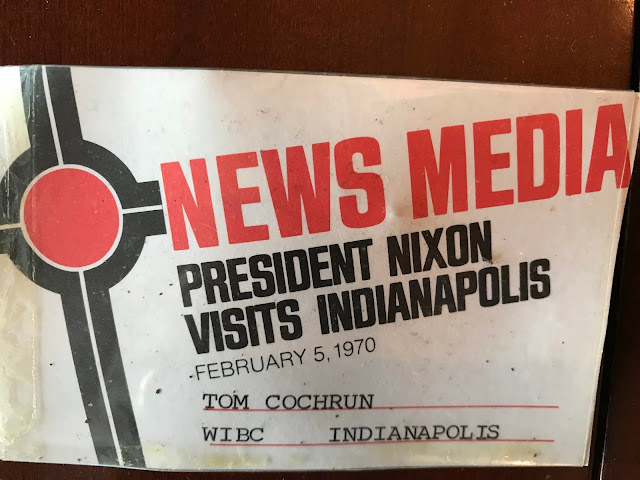 The first time I covered a President I got this press badge. I was assigned to cover Nixon's arrival at Weir Cook, now Indianapolis International airport.
I was up most of the night before, cramming on all things Richard Nixon. I was probably good for 2-3 hours non stop. My assignment was report live on the touchdown, taxi and arrival of Air Force 1. And to cover the President's deplaning, comments and greeting as well as his "working the snow fence"-shaking hands with those on hand. As soon as he was in the limo our helicopter reporter took over and I sped to the center of the city where I covered his speech as part of a team effort.
As it turned out I covered a lot Richard Nixon, and his daughters and sons in law.
Election nights were my favorite. A close second was the national political conventions, before they became such highly produced and strictly controlled television productions. 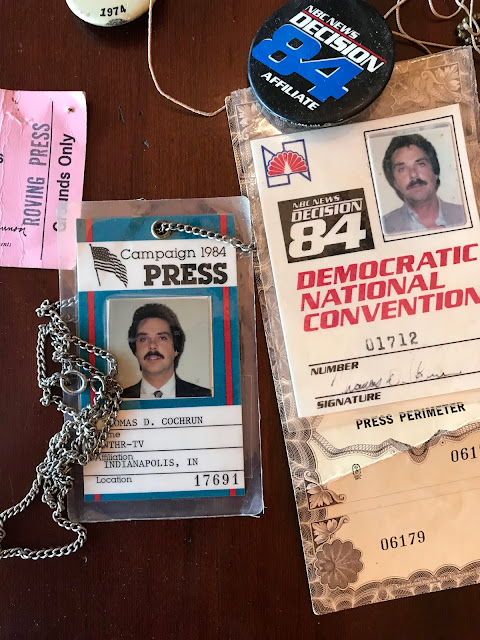 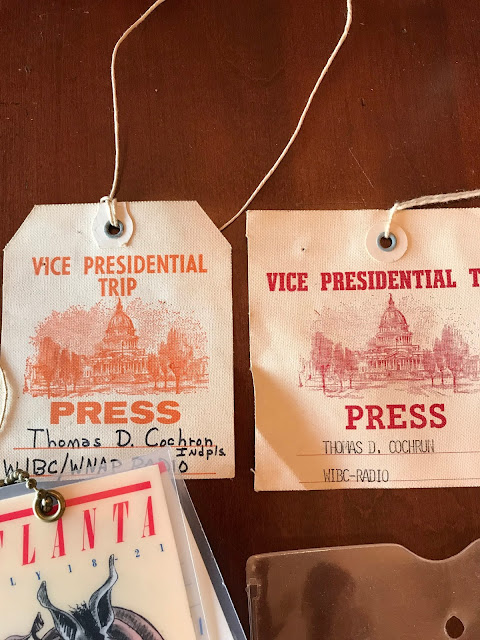 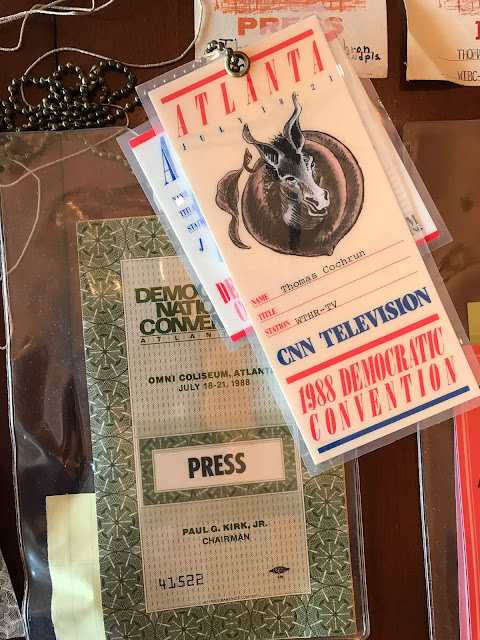 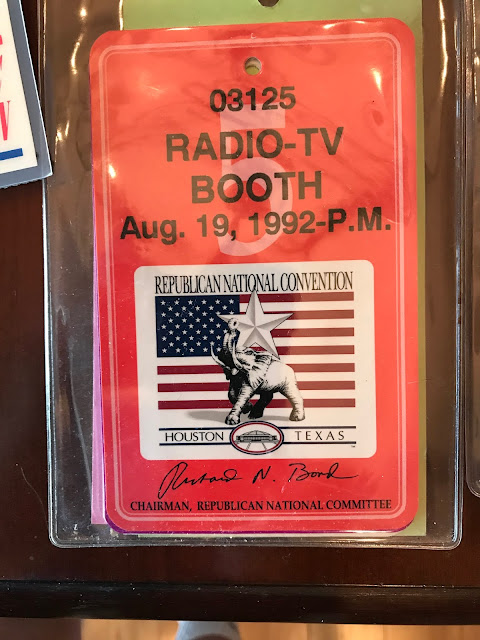 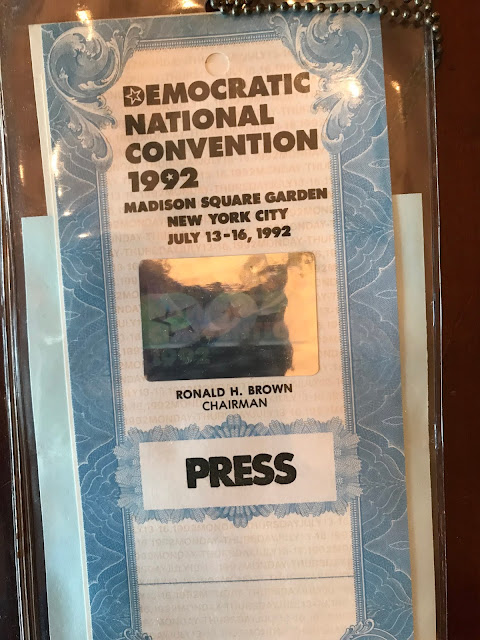 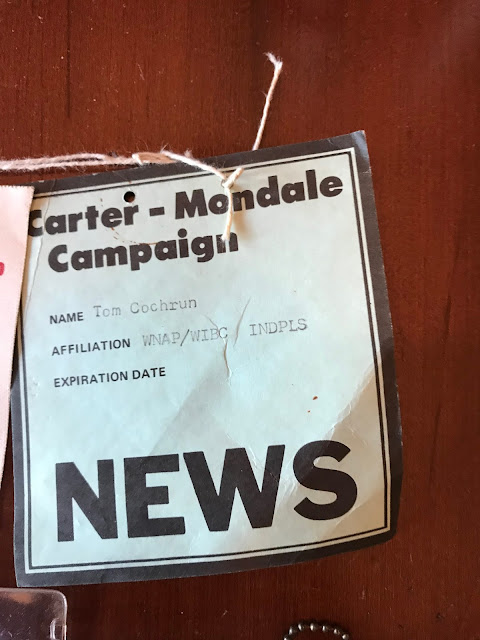 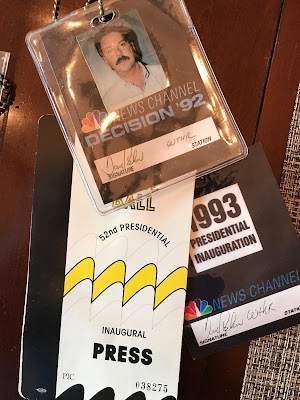 Jimmy Carter's 1977 inaugural was my first. I walked along the parade route and reported as I went. It was made easy because Carter walked it himself.
The coldest-an icy chiller at about 7 degrees was Reagan's second in 85. HW Bush-Quayle was mild by comparison, though damp. My last inaugural was Clinton's first in '93.
These artifacts, my little footnote in history, will reside in the Indiana Historical Society along with files, notes, copy and investigations. Perhaps they will someday be a window into the "old days."

the stooge under attack
You know there's trouble when the biggest blowhards of the right wing media begin attacking. All one needs to do is read the headlines and listen to how major Republican Senators, who until this point have been spineless quislings, have responded to the unilateral and non advised decision to pull troops.
US allies are saying the US can no longer be taken at its word or trusted. There is glee in Moscow. Once again Trump has played the perfect stooge for Putin, giving them an opening to be the dominant force in a critical region.
Anytime we can save an American kid's life is a good thing, but pardon my skepticism. After watching this unfit and unqualified miscreant, who got into office only after a rigged election assisted by Russian intelligence, I see only an ego maniac's desire to change the headline. In this case he wants to divert attention from the clouds of criminal indictments and investigations. He leaves us weaker in a critical region. It was as if he took orders from Russia. His expiration date has come and gone.
from the sparkle shop 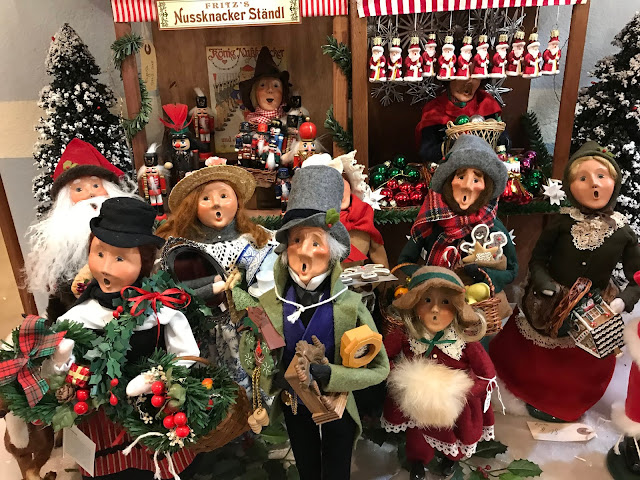 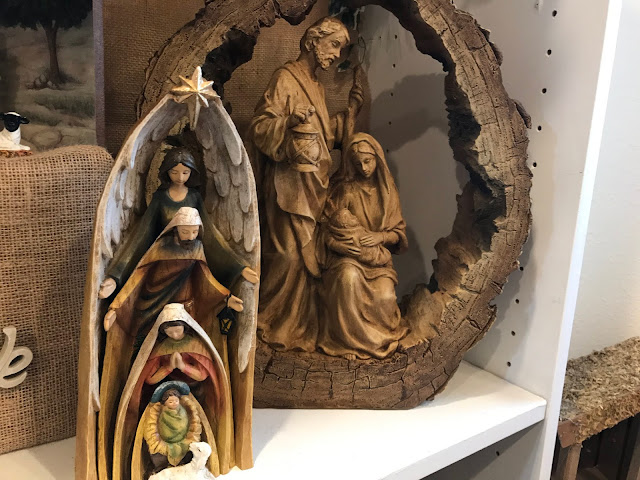 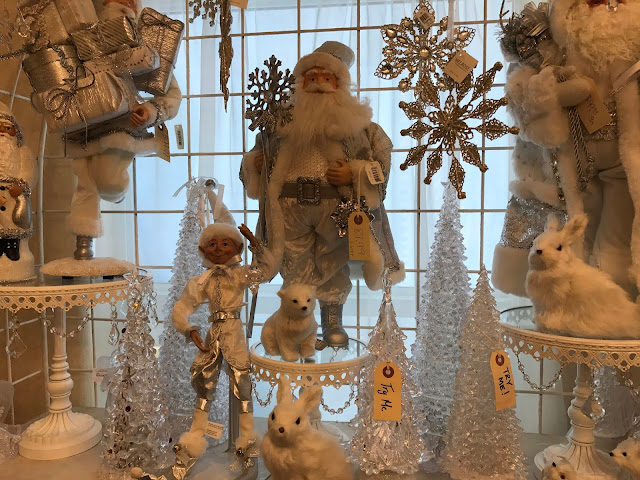 This year, as much as in any year, there is a need to be of good cheer!