seeing beyond the fog 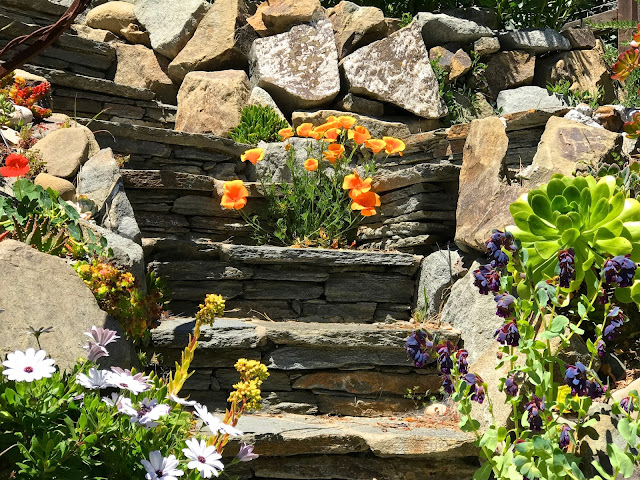 Our state flower springs from an unlikely spot, but it will be revered despite that. We are partial to the California Poppy.

the changing atmosphere
Something about the Gina Haspel nomination to the CIA deserves pondering. There is something else out there.
And there was something out there over the Pacific. The drive north on Highway 1 was accompanied by the bank of marine fog, waiting off shore. The light was crisp and the atmosphere was clear, but it is the time of year when heat on the other side of the Santa Lucia Mountains, in the Paso Robles region draws the ocean cooled hair through the Templeton Gap, bringing the blessing of fog and atmosphere to our coastal village. 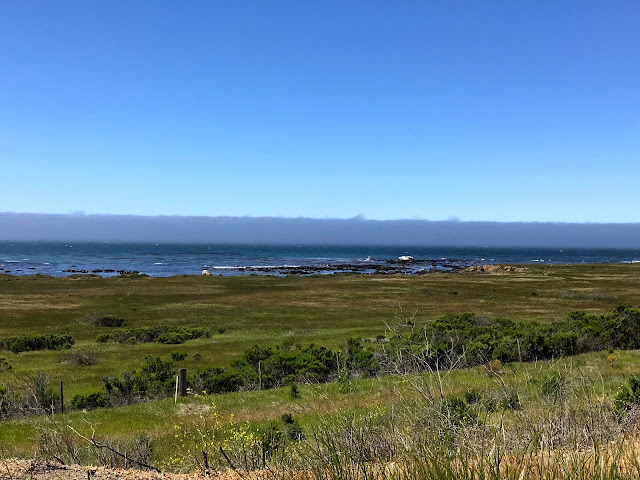 The bank creates a breeze. A careful look at the photo below reveals the small white caps pushed by the wind. 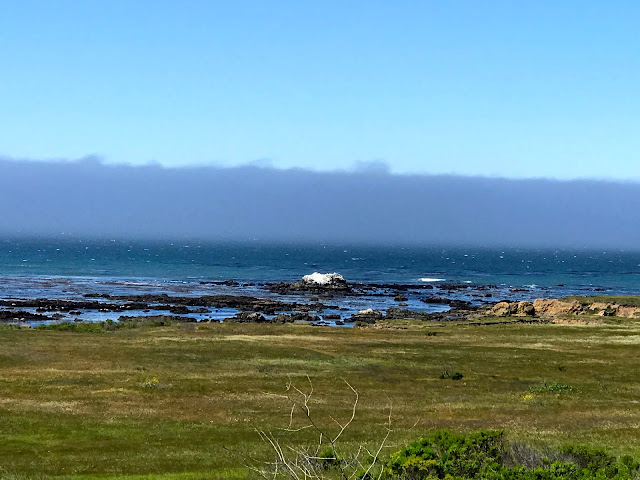 The line of clouds below line up behind the marine fog and sock in the back bay of Los Osos and Baywood. Morro Bay also disappears in the gray. 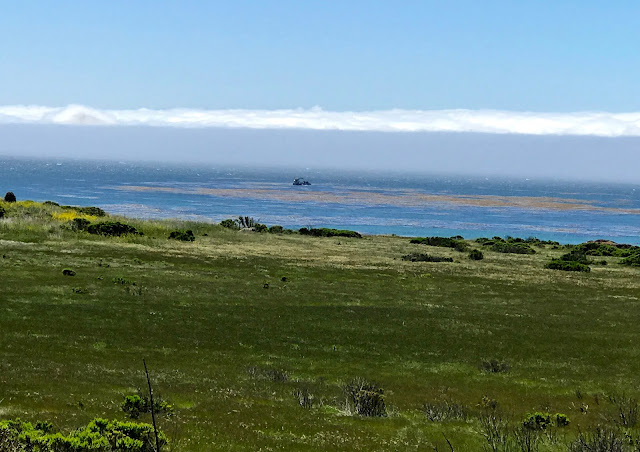 clearing the fog
It's not unlike some of the fog surrounding the nomination of Gina Haspel to be director of CIA. There is a reality that should not be occluded.
I tend toward a view that contradicts the opinion of people I respect, including journalists, politicians and thoughtful analysts.
Gina Haspel is an institutional person. She is a veteran of the CIA and that is important. Former directors, deputies, chiefs of stations, and many other professionals in the security and intelligence community endorse her. This is particularly important at this time, given who the President is and remembering his war on and disregard for the intelligence services.
It is fresh before our eyes, the devastation this administration has wreaked on the US Department of State. An outsider, non professional, abetted by inexperienced political appointees disrupted or destroyed an agency that is vital not only to our security, but to keeping peace in the world. We dare not permit such wanton recklessness with the intelligence community.
greater concerns
I understand the aversion to torture and agree it should not be the policy of the US. The role of Haspel and the agency under George W. Bush was vetted by the White House, and it was a directive of that administration. It was rolled back by the Obama White House and the practices were roundly condemned. There are divergent views as to that sort of interrogation and it's effectiveness.
The CIA was doing what was considered necessary in the war against specific terrorist groups. Haspel should not be sacrificed on the altar of past wrongs, and especially not now.
While this administration with its reactive, inexperienced  and non professional wobbling remains in a position to do harm and be ignorant, the director of the CIA should be a safeguard if not foil. It is good Haspel is there or we could see another politico or hatchet man nominated. Frankly we are lucky a CIA vet has been tapped to replace a short timer from the political side of Washington.
Haspel is an institutional survivor, widely experienced, tough, smart and has been in the labor of the citizens of the US for decades. She is smarter than the President, has more real world experience, more courage, a more studied background and has given more of her life to service.
Given the past 30 years of her life and work compared to that of the President, I'd give her the conch shell*.
(*As in the symbols of order and civilization in William Golding's Lord of the Flies)
It's a crazy world, getting crazier and having in charge a veteran who knows about the beasts and evils of the world is assuring. 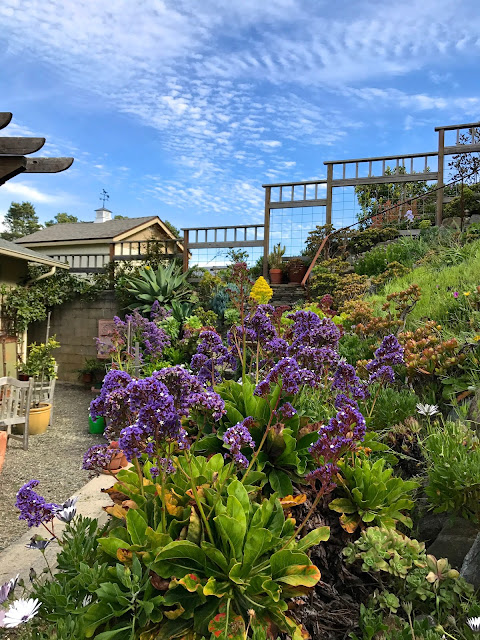 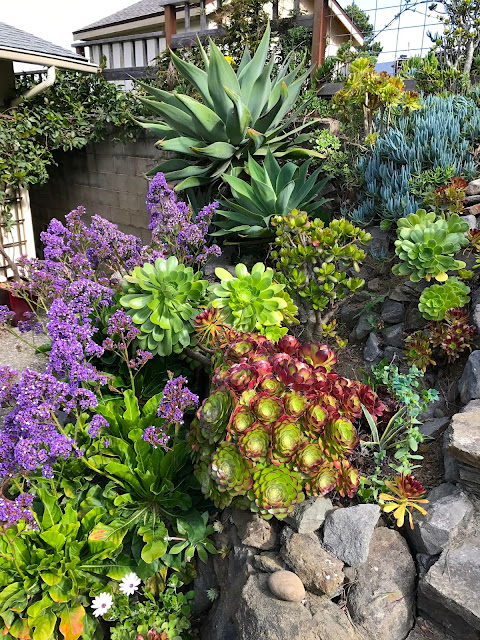 The succulents seem pleased with spring.

See you down the trail.
Posted by Tom Cochrun at 3:01 PM