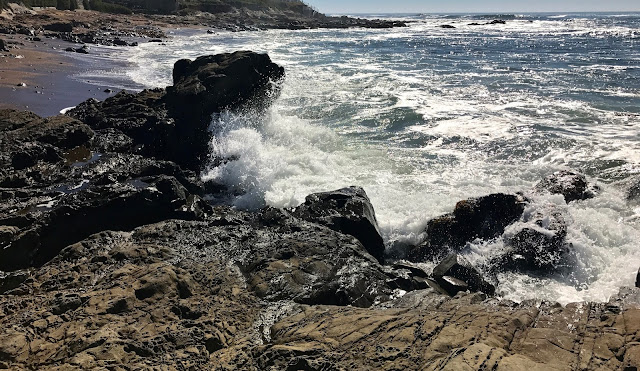 converging forces
Fault lines and fissures are cracking social and political order with a force that will leave everything changed
At ground zero are sexual politics, power, international order and reality.
the lunacy of one
The US was booed, jeered and delegates walked out when trump's representative spoke to the World Climate Change Conference in Bonn.
This administration was there to tout coal and nuclear energy. Defending fossil fuels earned the scorn of most of the 200 nations attending. The US is the only nation on the planet to exit the Paris Climate Agreement.
Can anyone with common sense not see as ludicrous the nature of being the only nation not to understand the imperatives of climate change? It is ignominy, but inevitable when a man of such "intellect" occupies the White House.

the webs we weave 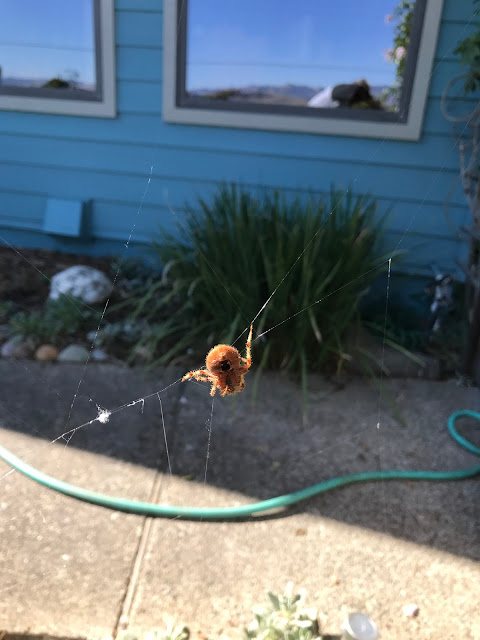 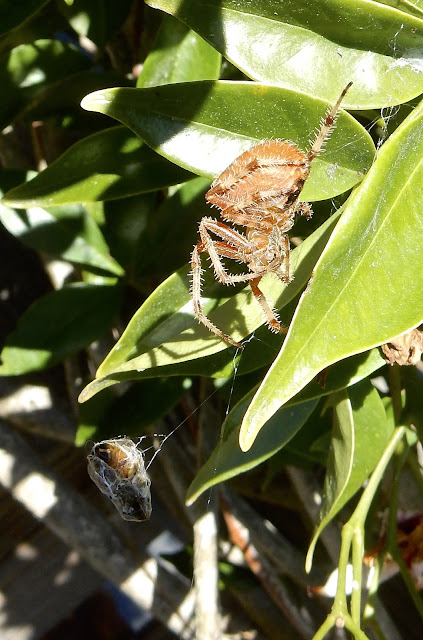 a characteristic of the orb spider is to rebuild the web each day...we watched this one over the course of a week
and it always had something on the line 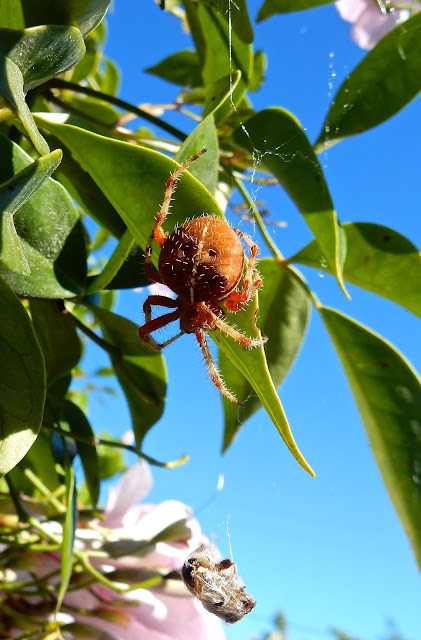 the left must square their own sexual abuse excuses
More men in power are falling in disgrace as the seismic force of #metoo revelations bring a scope of accountability to sexual assault and harassment.
A TECH TITAN
Steve Jurvetson is stepping down as partner of a powerful Silicon Valley VC firm. After allegations of harassment, Jurvetson exits Draper, Fisher and Jurvetson which he co founded in 1985. They have been a huge player
in tech. Jurvetson is also leaving the boards of Tesla and Space X.
The tech industry is ripe with a culture of sexual harassment and discrimination. The millionaire boys club culture is getting rocked.
THE CALIFORNIA LEGISLATURE
California Democrat Senate leader Kevin de Leon will hire an outside firm to investigate a growing list of allegations of a "culture of sexual harassment" in the legislative branch in the state capitol.
Traditionally the Senate Rules Committee investigates such allegations. This disrupts California Senate tradition and many read that as a signal of how serious will be the probe.
De Leon's move has irritated some. He is an insurgent candidate seeking to replace veteran US Senator Diane Feinstein.
SLICK WILLIE FROM PHILANDER
In fact he is from Arkansas but conscientious Democrats and liberals are actually agreeing with their Republican and conservative counterparts it is time to address Bill Clinton's sexual adventures. One cannot challenge the behavior of a Roy Moore and try to weasel away from Clinton's destructive behavior, even if Clinton's affairs were with consenting adults.
Clinton's personal shame and "bimbo eruptions" distracted his administration and many blame it for weakening the party. Al Gore may have had better luck if he didn't have the Clinton shame around his neck. Some will tell you Hillary Clinton may have been a more winning personality if her husband had not been such a sex dog.
No Bill Clinton is not accused of molesting teens, but his accusers say he was a serial philanderer. Excusing Clinton's behavior may have enabled a culture of harassment where sex, power and manipulation mingled.
THE MYSTERY OF DONNIE THE LOUT
I wonder how this time of revelation and falls may affect the serial adulterer and self avowed sexual predator who snuck into the White House. trump had threatened to sue the women who accused him of sexual assault. I wonder if those accusations will come back to center stage. Should they?
the idiot and the bomb
It is appropriate the Senate Foreign Relations Committee tackles the issue of a President's capacity to singularly initiate a nuclear strike. The question and the protocol is fraught with complexity and nuance, but the probe is certainly appropriate given who this president is. I would never have imagined I'd call the President an ignorant buffoon, but I never imagined this president.

These are strange times.