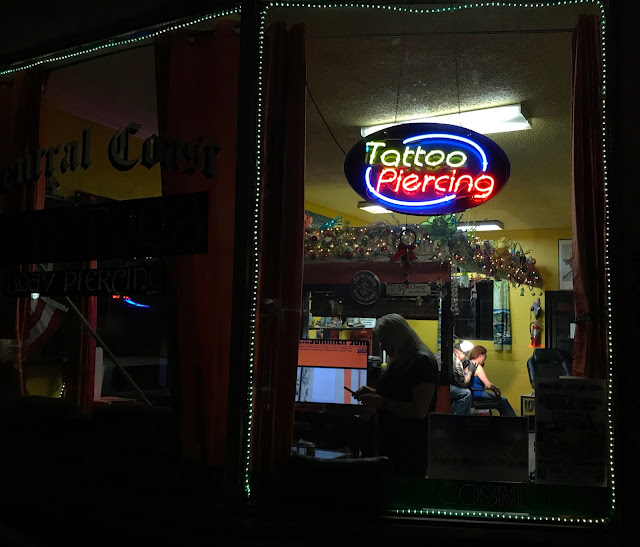 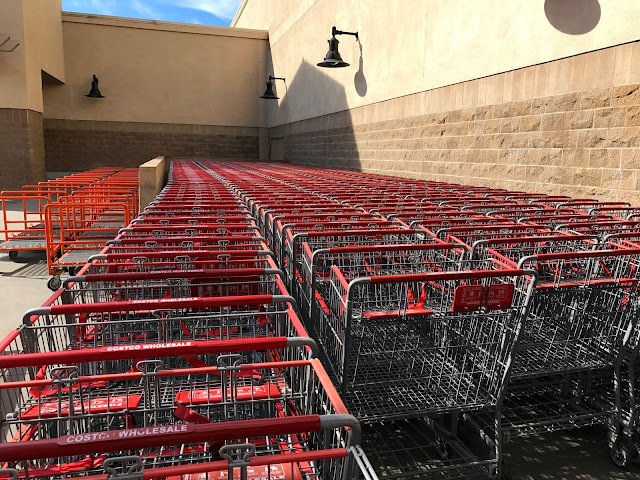 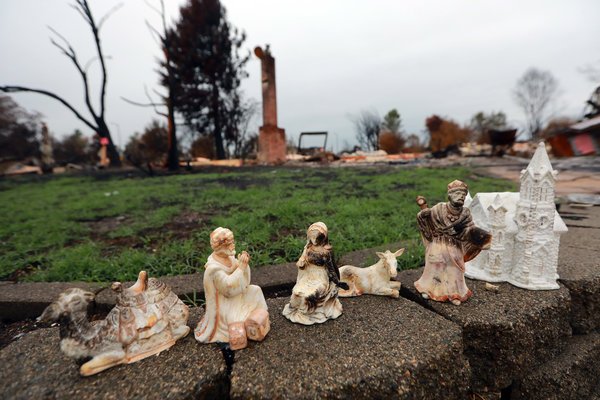 a light in the darkness
The moment I saw this photo by Jim Wilson of the New York Times, I wanted to share it. Christmas season has come to even Santa Rosa California where normal is a word without relevance this season. 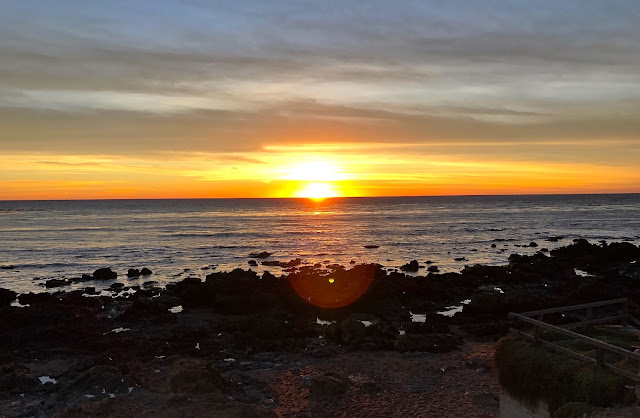 twilight hopes
There was a time when people were sure dreams could become real, that visions were visited upon souls and that spirits could roam. It was in the gloaming, in the twilight, that narrowing distance between day and night, thought to be a time of magic. Hope and fear nestling together, dependent on the other.

after the prelude
Who could expect a tech dependent culture, a society risen on the muscle of science and fed on commerce would find itself stumbling into a wilderness, shredding itself by means of an inner, bipolar war, voluntarily blinding itself by a refusal to see, ignoring truths and exercising meanness while celebrating venality.
in the time before
Those of old could never know what would come with the morning, nor how might they survive the mysteries in the dark. How weakened would they be by the fear that built in the night.
who shall we be?
Women and men who deserve our respect tell us we are divided and in a cultural war-rural against urban, those with higher educations and those without, fractured by economic class, riven by ideologies, splintering into enclaves, separated by expectations.
Indeed, we are like those ancient hopes and fears, nestled together on the fulcrum.
We watch as an executive branch and federal establishment implodes and disintegrates, departments being dissembled, with no skilled hand on the tiller and scores of important positions unfilled. The legislative branch is locked in an insular world though in a free fall decomposition.
Integrity and decorum are abandoned. It is dangerous and foolish to ignore the lessons of 240 years.
Perhaps you read the remarks of General Michael Hayden, former director of the CIA

"If this is who we are or who we are becoming, I have wasted 40 years of my life. Until now it was not possible for me to conceive of an American President capable of such an outrageous assault on truth, a free press or the first amendment."

It is the fair axiom of politics to ask, are we better than we were? Are we better off, are we a more united United States after a year of trump than we were at the end of Obama? Is anything better than it was?
Here's a link to good and brief assessment of the trump year from Foreign Policy Magazine.
Are we living into Shakespeare's Richard III lament-
"Now is the winter of our discontent..."
Who shall we be when the sun returns to its fullness? Who shall emerge in the primaries of the spring and who will lead the challenge or defense in the campaigns of fall? Who will have the power to turn the votes-rural or urban, the educated or those who are not, those who carry tiki torches and spew or those who invite diversity?
Some hope for candidates of vision, compassion, integrity, pragmatism and strength to clean, correct, make right and restore. Others see no fault nor sins nor madness in the regime. We are divided. We enter this winter on the throes of fear, discord and anger.
The older I get the more I am convinced it was ever such. We can destroy or we can heal. I am of the camp that looks for light, a peace out of the chaos. Be alert. Watch with hope and live that way.