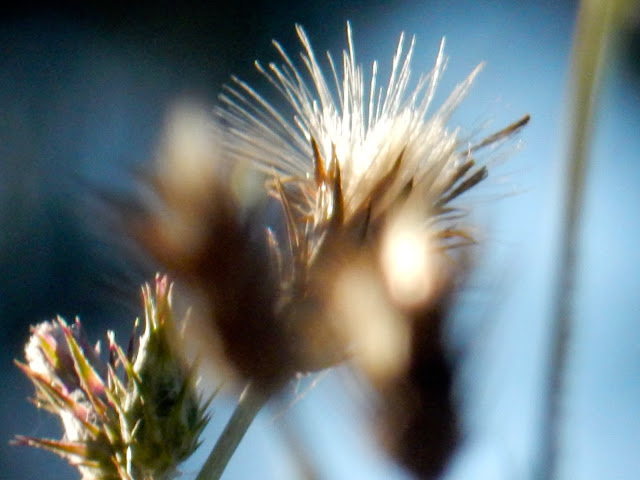 Beauty is not only in the eye of the beholder, it is also where you find it. And it depends on mindset. 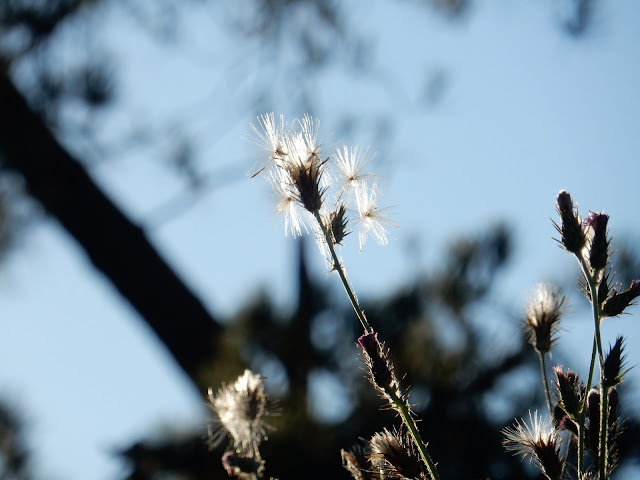 Super gardener Lana sees this year's abundant thistle crop as evil run amok, nature's symbolic response to the election perhaps. Everything nasty about thistles is true, but they can possess a photographic beauty. 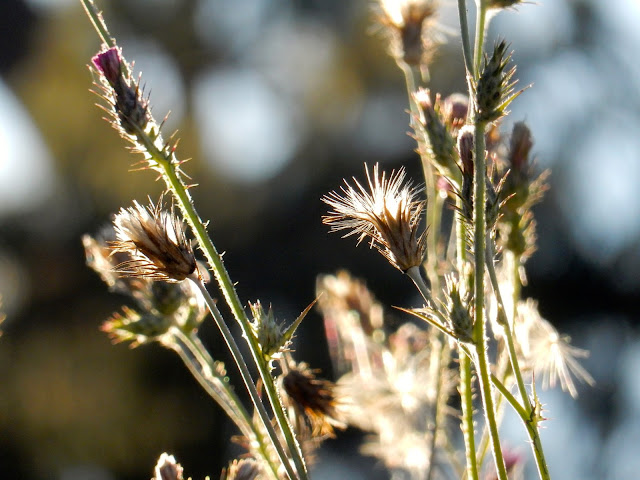 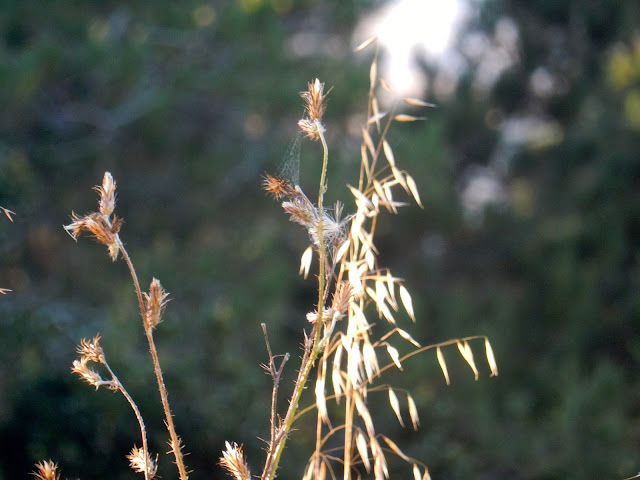 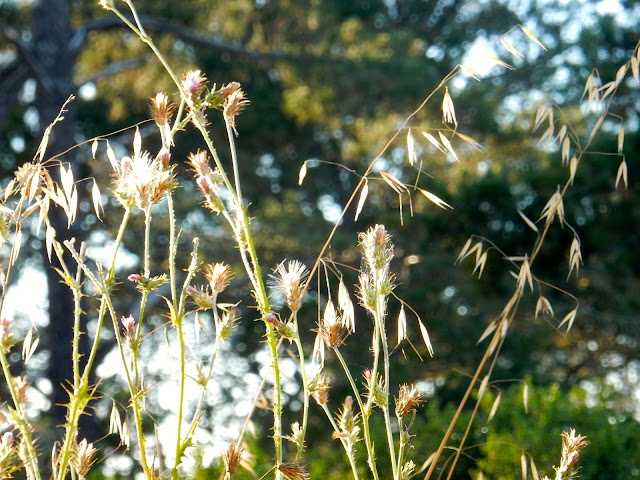 Still they are nasty self propagators and they have flourished in this first post drought year. They are hard to cut and clear. There is a lesson in that for you of political persuasion. More about that later. 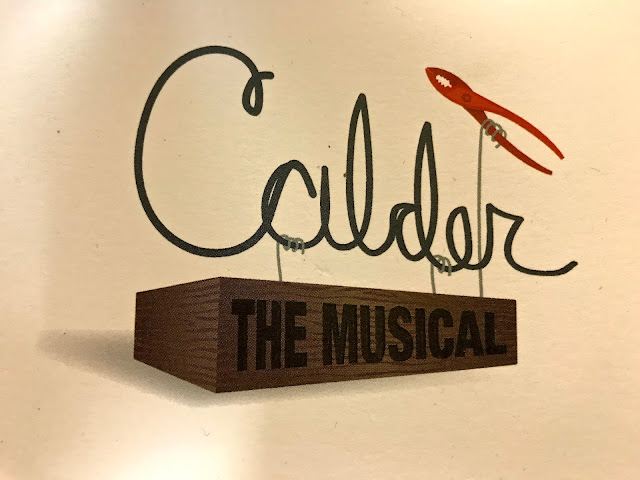 Frequent readers may recall an earlier post on the early roll out success of Calder The Musical. Full disclosure here-a co-writer and producer is a friend and associate of decades, Tom Alvarez.
The CD is now in release as Tom and his partner Dustin Klein take the show to the next level. And that's the point of this review-get to CD Baby where you can sample and buy your own copy.
There is an infectious joy and energy in the music of Calder the Musical from the rousing opening Ton of A Man to the closing Dance With Me, which makes you want to do just that.
There is a message here in this tribute of "art to life."  Alvarez and Klein bring life to this art of theater with the universal advice of following dreams. This is an inspiration to follow your path and it is told in song in a way that is a joyful coaching for the young and a reminder for those of us who are not, to reclaim our passion.
Tom has been a barrier breaking producer and talent and an impresario of creativity for as long as I have known him. I take a great joy in imagining how he and Dustin conceived and gave birth to this fresh and exciting new production.
It is hard to pick a favorite song from this show. That's For Sure is catchy. A Prize in the Sky is simply beautiful and in league with some of theaters all time best. Were It Not For Me will also work it's way into your heart and mind.
It is an energetic soundtrack with range and diversity and will have you swaying or wanting to dance through out. It has the kind of music that will leave you humming or singing.
Alvarez and Klein make musical magic and give us an innovative take on life, art and a famous name. I didn't want the CD to be over. Calder the Musical leaves you wanting more.
I wish Tom and Dustin all the best as they work to share Calder the Musical on more stages. 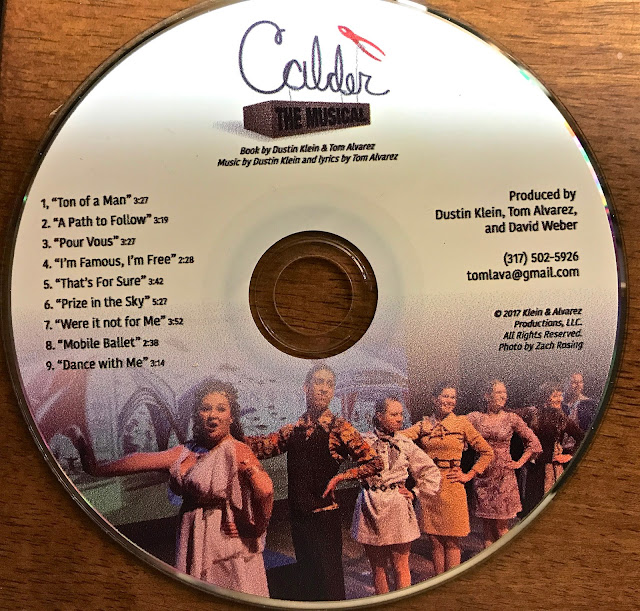 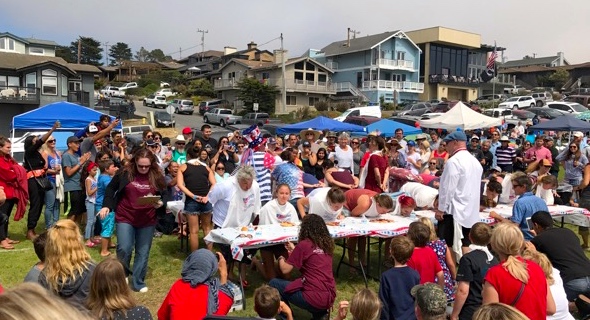 The women's division of the Cambria pie eating contest
packed in the crowd and gave us a chance to forget about the American divide.
Everyone, even those who identify as conservative and/or republican seems embarrassed by the president's behavior this past week. His personal attack on a media personality and that childish tweet of him attacking CNN were new lows in the American presidency. His numbers continue to dive.
Like those nasty thistles and their pernicious impact, uprooting the trump impact on the US and its values will take work, by true republicans and democrats as well as traditional conservatives and liberals. The president is none of the above. Time for the round up and weed begone.