Did the Hunt Find a Witch? and Dramas in Twilight 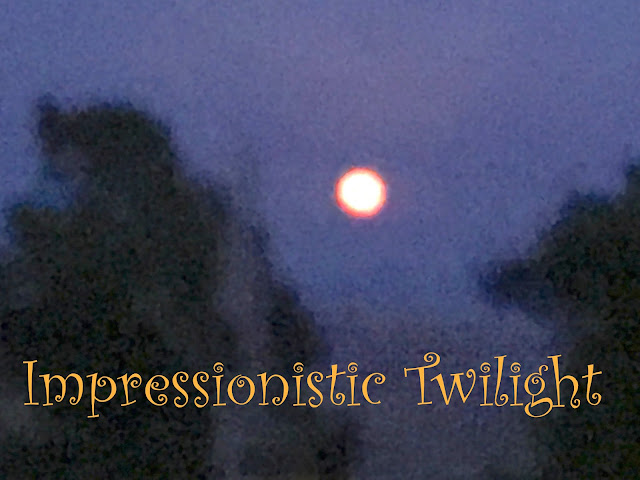 A few moments of gloaming evoked a sort of pensive tranquility. In looking at these frames I thought of impressionism as the quality of light and color seemed in motion, changing rapidly.
Speaking of which, do you think we are entering the twilight of the trump regime?  Thoughts on colluding and conspiracy follow this visual therapy. 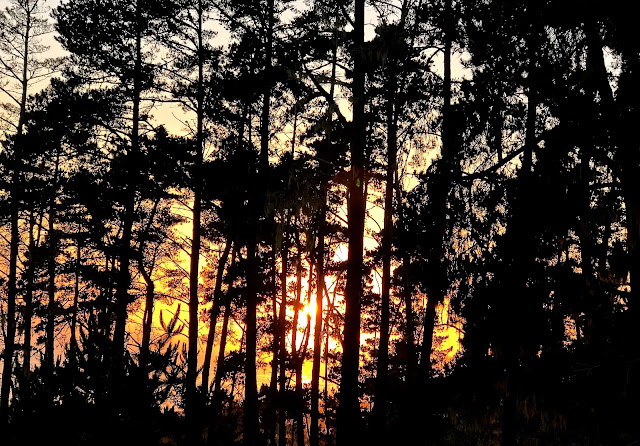 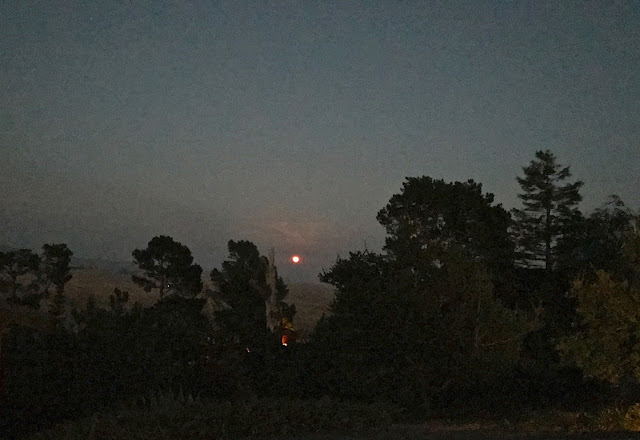 Reading artist/writer Stephen Hayes recent Chubby Chatterbox blog post about the fate of a portrait of Winston Churchill reminded me of an amusing juxtaposition in the halls of the State Capitol in Sacramento. 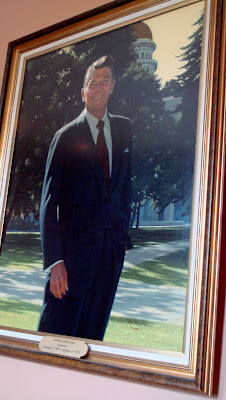 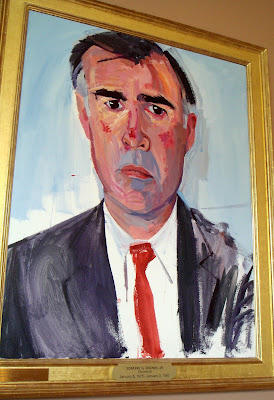 The Reagan portrait, like those of the other Governors is traditional and stately. Governor Jerry Brown's is modern and creative but apparently controversial at the time it was hung in 1984.
Brown, who served his first two terms from 1975-1983 reportedly said the painting looked "unfinished" and that it reflected his "unfinished work" as Governor.
Artist Don Bachardy said Brown was a tough subject, uneasy at being painted, not content to sit as the artist worked.
Unkind things were written and said of Bachardy's work in the early '80's. Frankly I think it has become a classic in it's own right. Modern, perhaps even a little pop, out of the mainstream which very much bespeaks the remarkable political career and service of Jerry Brown.
Does a repeat Governor get a second portrait opportunity? Brown looks different than he did in the 1980's, don't we all?

the conviction of colluding "junior"
Shall we dispatch with the judicial process now that televisions comics and pundits have convicted Donald Trump Jr. of collusion and conspiracy. Man have they ever! Almost expect to seem him marched to the guillotine as the old man celebrates the French Revolution and the storming of the Bastille, the beginning of what became the "reign of terror " that included cutting off the heads of the likes of the "one percenters." The trump clan more than likely would have felt the "the national razor." But we get ahead of ourselves.
Has the so called fake news and "witch hunt" found a witch? The news is no longer fake.  From the beginning I was not sure there would be provable "collusion" with the Russian attack. The Don Jr. e-mails may change that . There in fact may be a "there" there in the probe of the Russian meddling in our election.
We trust the Mueller team will plumb how deep and how extensive was the Russian attack.
Juniors acknowledgment and "love" of the information being supplied by Russian sources, likely Russian agents, raised an historic question--
what did the president know and when did he know it?
Doesn't it strain credibility to think that when his son and his son in law, plus others, knew about the Russian attack and met with (colluded?) foreign nationals to screw with the American election, he-king trump of the tower, didn't know about it? One of the meetings happened in his gold and glass tribute to poor taste.
We remember the function in this is to let investigators, prosecutors and the judicial system "prove" or not, and render a decision. What you and I think, and what the TV says doesn't really matter, except to us. However when the word treason is being used, it seems appropriate.
a republican response would be nice,
about now!
Republican Joe Scarborough said it well. It is disgusting how republicans are selling out the party's core values. He asks what many Americans have-why haven't party leaders spoken out against trump's racist remarks, boorish behavior, his turning the white house into an extension of his family business? I wonder why they haven't demanded a cogent and consistent foreign policy? Why haven't they filled critical positions in the government? Scarborough asks "what are they willing to do, how far are they willing to go" in backing trump for their own means?
the big question
Why would the party, known for its strong national security, defense support and hawkish policies, not be "ballistic," at least "operational," in response to the Russian attack? Imagine what President Eisenhower, Reagan, HW Bush and even W would say and do?
At best Republicans have been tepid in their response!
Now the president's son and his trusted ace advisor/son-in- law are caught with their hands in living Matryoshka dolls, why isn't there a loud condemnation? Or at least an admonishment that to cooperate with a foreign national to undermine our government is treason?
Instead Paul Ryan and Mitch McConnell are trying to revive a dead skunk so they can give the trumps and the other richest of the rich a tax break while breaking our already fragile health care network and jeopardizing the well being of millions of not so rich citizens.
For the sake of the party and its self respect, and for the sake of the future, those Republicans with a sense of honor and patriotism need to drive a wedge between the trump regime and the party. Time to say enough is enough. If not then the Republican party will be owned by trump. He is probably already gold gilding the elephant and replacing GOP and Republican with another trump sign.
If we are lucky we'll see some of the trumps wearing orange jump suits and doing a perp walk.