And Now More Disconnect and What They See

disconnect
Someplace near the Cupertino and Mountain View exit signs an idea began to emerge. As I routed through what the world knows as Silicon Valley it took shape. The United States is not. Not only are we not united, but this behemoth nation straddles a couple of centuries. The divide is obvious  as we look to federal Washington.
Research and development, business, investment and the attendant cultural vibrations in this part of California are about the future. The current US electoral mania is a symbolic foil. The morass in which most government grinds to near irrelevancy is a further proof of the disconnect.
On the modern campuses arrayed between southern San Francisco and San Jose new horizons are being mounted. Apple, Facebook, Google, Stanford University, NASA's Ames Research Centers along with a web of smaller tech and communication companies are striding with systems, applications, models and advances that disrupt old ways of business, living, doing and being.
Data, sensors, nano architecture, artificial intelligence, virtual reality, space exploration, transportation revolutions and more cascade in a fountain of discovery and advance in this area oblivious to whatever moribund and retrograde shards of society that seem to fill our media. (IBM, New York based, is apart of this historic arc with its AI program Watson.)
Whether it is in perhaps the most unpopular and unwanted presidential candidates in history, or the obsession with celebrity, racism, more guns and violence than any nation on the planet, crumbling cities, poisoned seas, waters, land and air, lowered expectations, failing schools and climate changes, it is as if a deadly inertia spread shroud like over the nation. There are pockets of bio technology and advanced research elsewhere, but it's not in the air, rippling like an energy force as it is here.
It is easy to despair how this nation seems committed to getting more stupid and uninspired, until we ponder the extraordinary things that are happening out here.Government  is not sought for solution, inspiration or leadership. California watches tech genius, innovators, visionaries work through modern and future matters. Culture, ways of business, expectations and attitude are being changed.
I may be working too hard to make a point, but so much of what has shaped our way of living in the last 25 years-data-communication-technology is new. They are amazing things sprung from creativity, imagination and invention. Washington on the other hand and by extension politics everywhere, is about money, power and the desire for it. Yes, there is money, big money in the Silicon Valley axis, but it comes from making something new. Politics is a business and so is government. It is increasingly bought and sold, has lost direction and is venal. Principals of public service have been subverted. It is harder for good people to do good because politics is now inhabited by so many losers without a hint of an original idea or the desire to make something better, let alone new. There is a breed of politician and their beltway bandit allies who think they are pulling something over on us.
It is a time for vision and visionaries. Time for those who are in it for themselves to join the scrap heap. Until then, the disconnect continues. Government and politics could become irrelevant.
natural agin 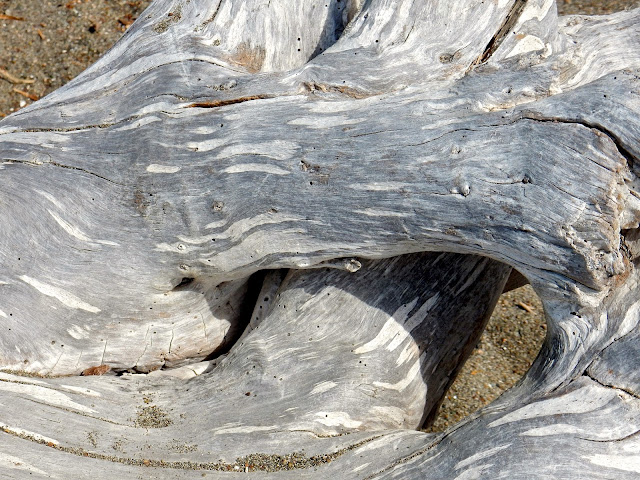 Driftwood on Moonstone beach offers a never ending visual treat.
People say the image below reminds them of a local sea otter, on its back. Does your imagination get you there? 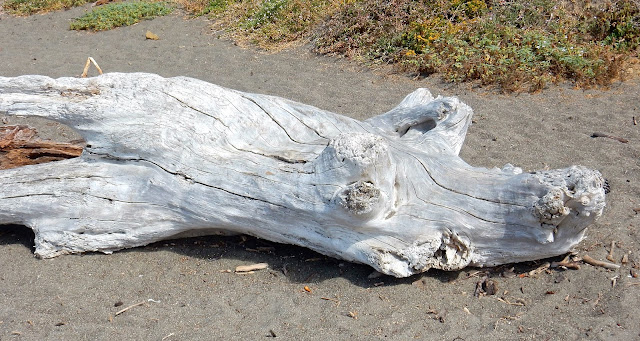 a debate post
Martha Raddatz and Anderson Cooper expended energy to maintain control, focus and observance of time restraints. They did an excellent job and did not allow themselves to be bullied nor did they let the candidates get away with avoiding the question.
Bob Schieffer of CBS had what I thought was the best summary and he asked "How have we come to this?"