SHIFTING SANDS and WHAT AMERICA DO YOU SEE?

Just another day at the office for the Curlews, not mindful of the seasonal shift of sand. 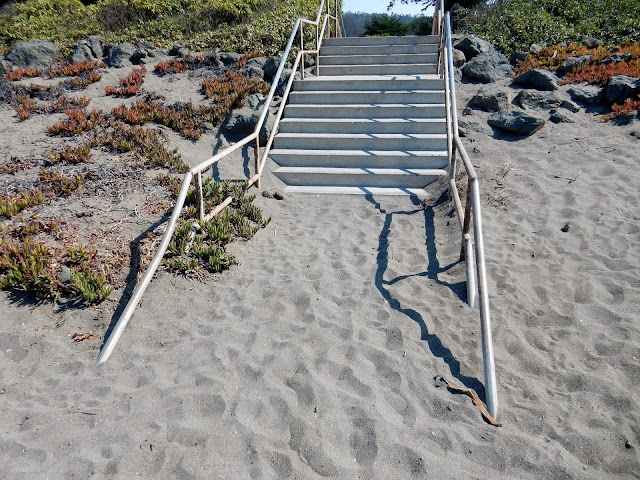 Where are the steps? "Like sands through the hour glass, so are the days of our lives...." Remember that old soap opera opening line? 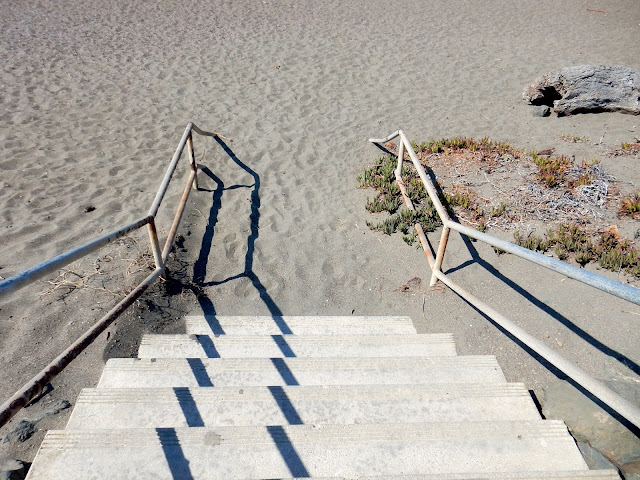 It will take seasonal tides to reveal the missing steps, but of no consequence to our Curlews. 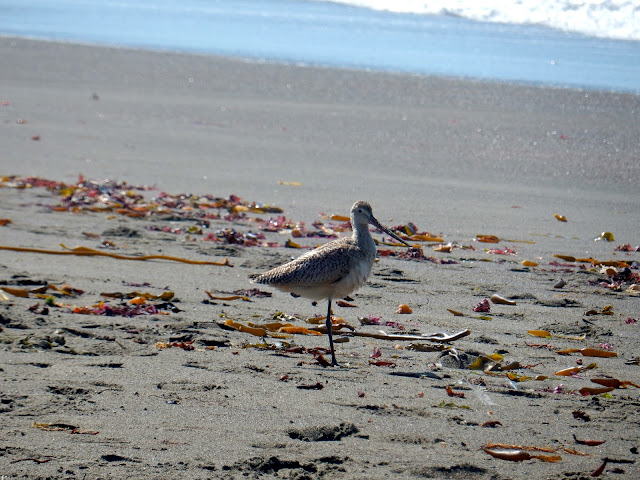 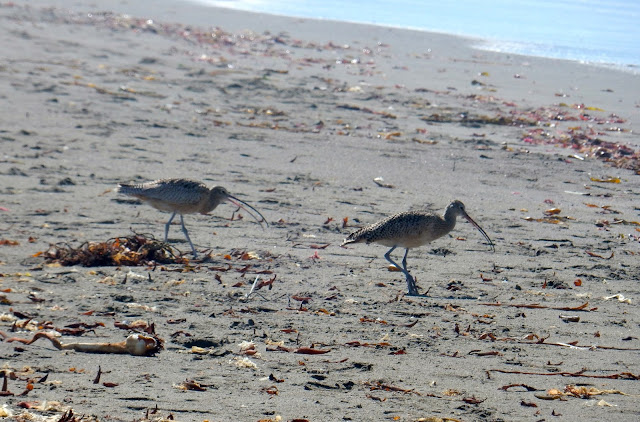 Here we see a gull considering grand larceny. Slowly it tracks toward a fisherman's rigs and kit. 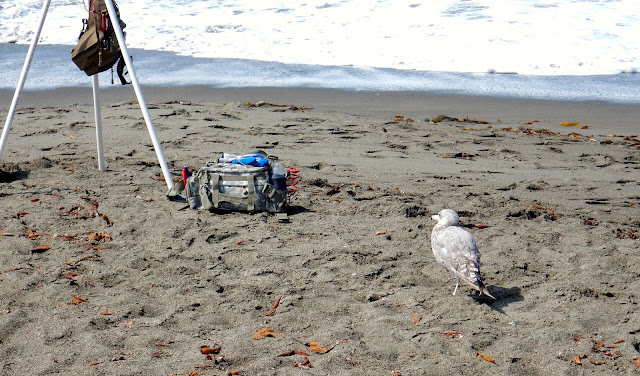 Campaigns have always been divisive, after all a choice is rendered, deciding for one and against another. But it's a new world and rifts under gird everything.
Trump and Clinton present two vastly different visions of America and thus paths forward. Who do you believe?
Media has become entirely too parochial or partisan to ideology or party. What happened to non-partisan or at least bi-partisan?
We've crossed the Rubicon. This election, like so much else in daily living has devolved to "feeling" "emotion" "personal belief" and attitude. Where is critical analysis  intellectual work, truly weighing pros and cons, or thinking about it?
Do facts matter? To whom? For what reason?
Why are so many Americans fed up? Why is there so much anger?
I fear this election will settle nothing. The rifts will continue to run beneath our feet. Old democracies and republics have problems, some are lethal.
This is the Boomers last stand. In another 4 years most of our parents, the greatest generation, will be gone. Boomers are now dropping off the actuarial tables increasingly and in 4 years the once large "census bubble" will be faded and diminished.
Gen X and or Y or whatever will be aging and the largest group that matters will be the millennials. They will inherit a government and electoral system that is presently bought and sold where all too many who labor in it are in it for themselves.
Some men and women who work as prostitutes are forced into it. All too many of our "electoral industry" and "government business" workers are in it because they want to be. They do it for the money and they like it.  How does that square with the historical intent of elections and governance?
How will the millennials change things? Watch how they vote, or do not. Some things are a given. Race, gender, sexual identity will be passe to all but a few cretins, sons and daughters of skin heads.
Millennials have grown up where disruption is the norm and where the old norms of family, career, attitude are as out of date as the 50's, 60's, 70's, 80's and early 90's. We will be a relevant as the Civil War, WWI, the telegraph, or horse and buggies were to us.
Grouse and belly ache, worry and shout all you want.
Our relevance, our attitudes, our way of doing is getting wrapped with the garbage in the newspapers and headed for the trash. I wonder how much of our ways are even worth recycling.
A democratic republic is by nature a messy business but the point is to find a center, a meeting in the middle. That seems to have disappeared as a skill or goal. Maybe a new generation's take on our noble experiment of a United States will do what we have failed.