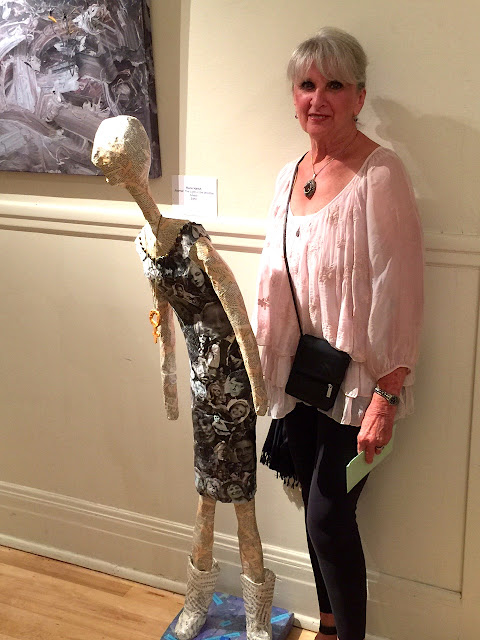 The big weekend in Cambria got a little bigger when Lana won first place in the annual 927 Unconventional Art Show.

Her WADING FOR EQUALITY is a paper mache sculpture featuring faces of women- family, friends, rights pioneers and powerful women. She is wearing boots and wading on a sea of issues; body image, under representation, reproductive rights, rape, sexual harassment, glass ceiling, equal pay and pregnancy leave.
Judge Sam Peck called it "highly topical feminist art."
You can link here to see other award winners in the 927 Show.  It was begun in this art colony back in the early 70's as a place for wacky, ironic, zany and satirical art, often with an edge or political note.
Doubly proud of Lana this weekend because she was also
a "biker chick" in Cambria's annual Pinedorado Weekend Parade.
Frequent readers may recall that our parade is homegrown. There are traditional marching units and then there are some that are organic in a uniquely Cambrian way. In some cases there is no explanation.
You may remember it begins and ends with the Calliope. 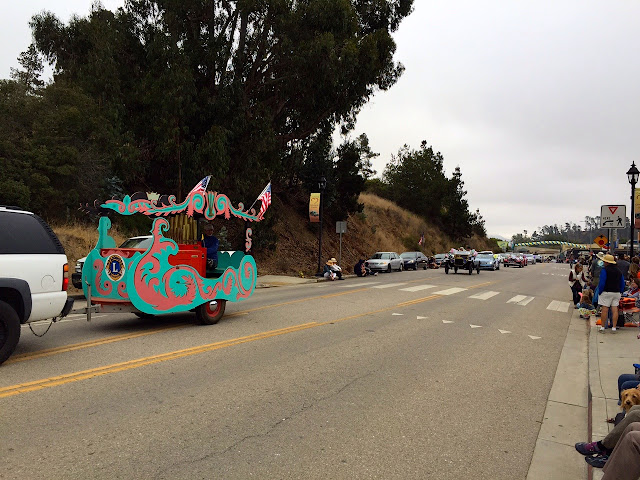 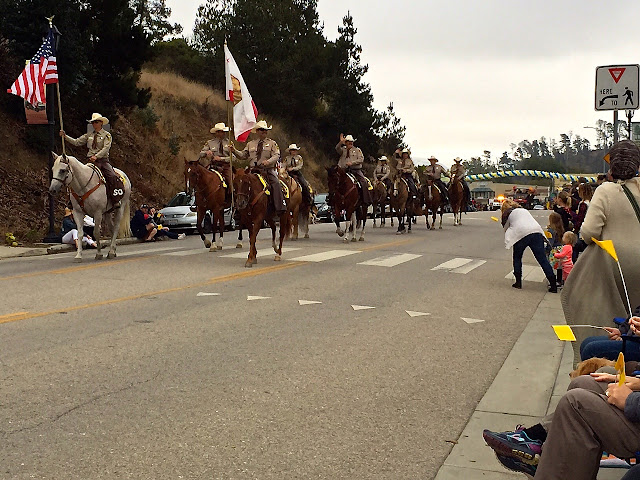 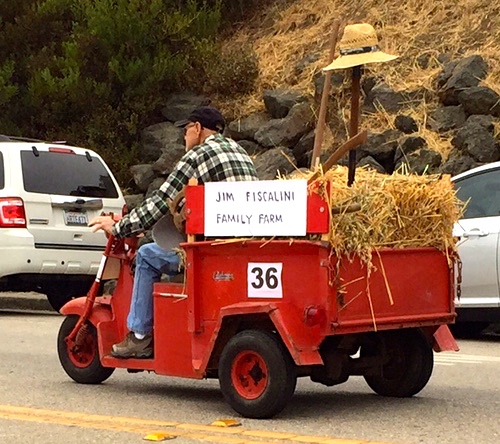 The Cambria Garden Club Unit got my attention.  Lana is reprising one of their earlier presentations-The Blooming Biker Babes! 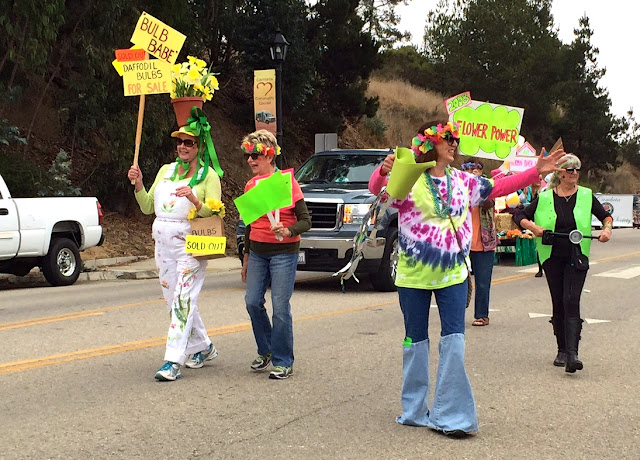 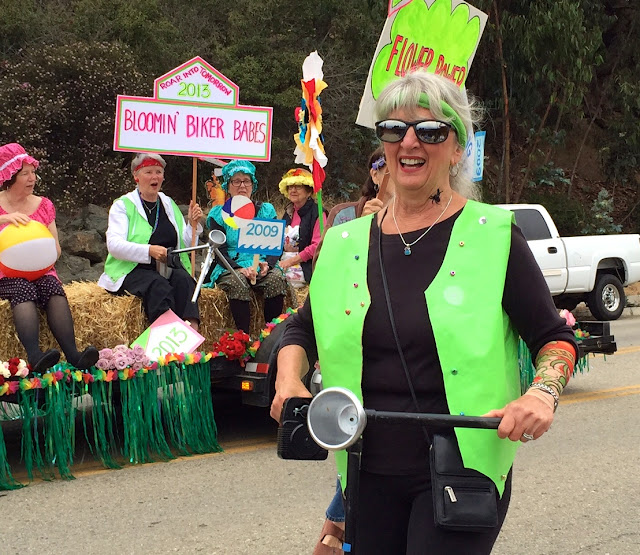 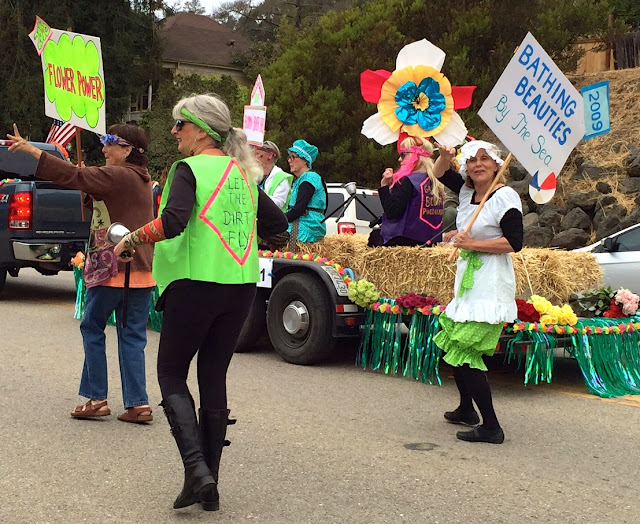 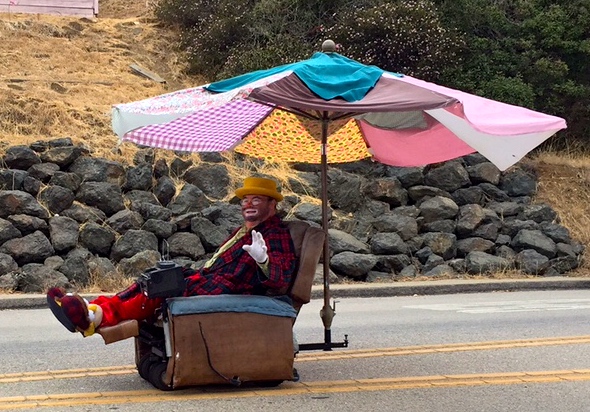 One of the day's highlights was this little dear who simply could not stop dancing to the passing music. This little princess belongs to the local Gowdy family. 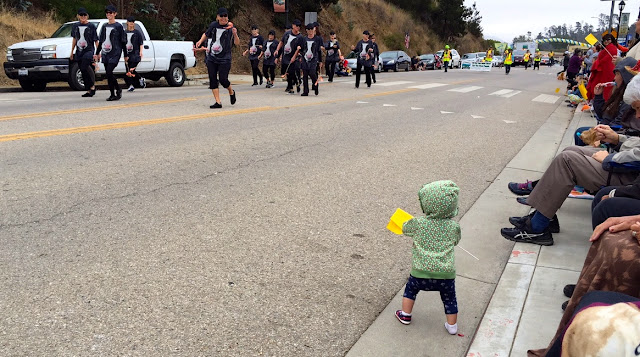 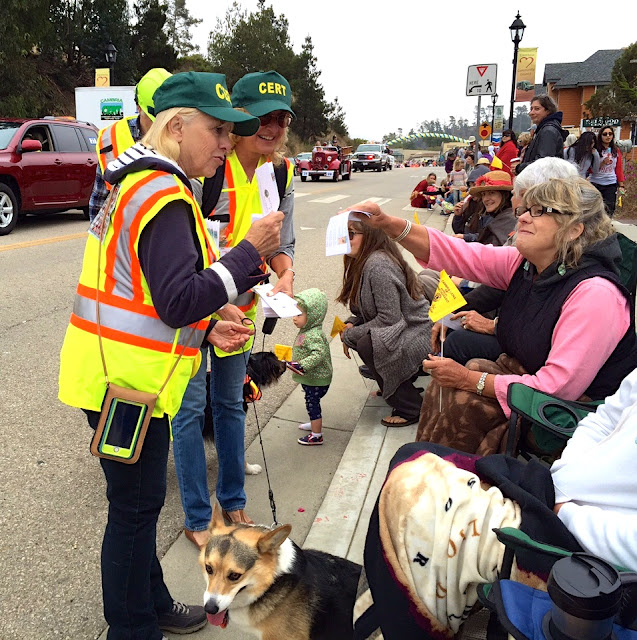 We know for a fact that the pilot here, Glen, has put this machine through the paces on some high performance tracks. 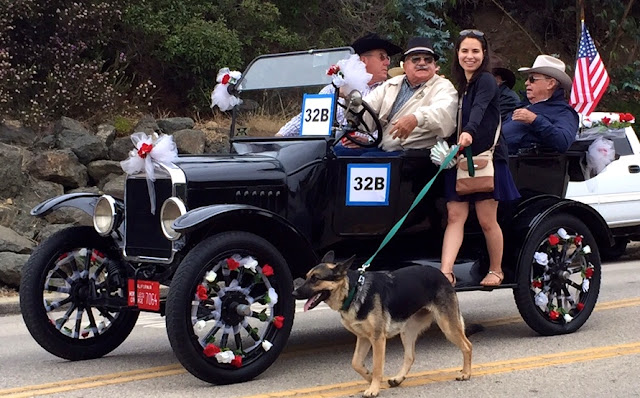 A crowd favorite is the Slabtown Rollers who stop along the route to serenade the crowd. 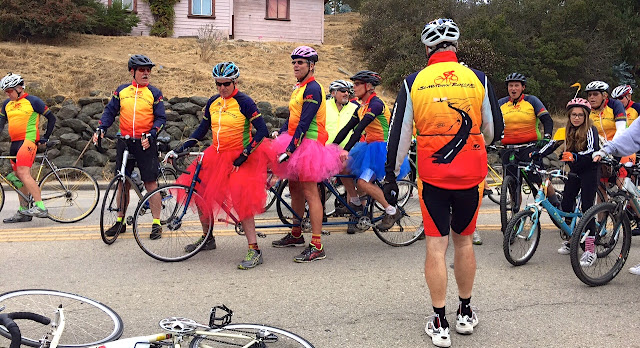 Sometimes it is a family thing. Everyone in the act. 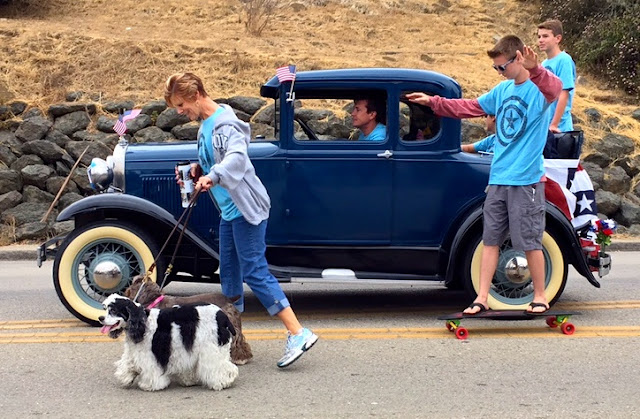 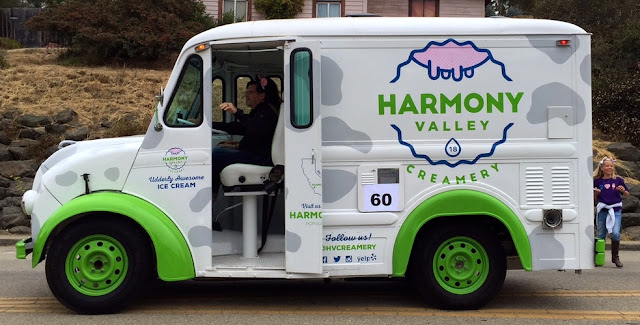 An historical note to the frame below. The PCWT is the Pacific Coast Wine Trail and is on the path to becoming one of the world's most unique appellations. All of these vineyards are within a few miles of the Pacific Ocean.

As noted previously, sometimes there is no explanation. 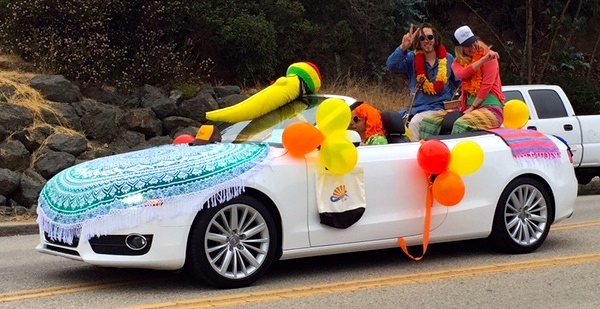 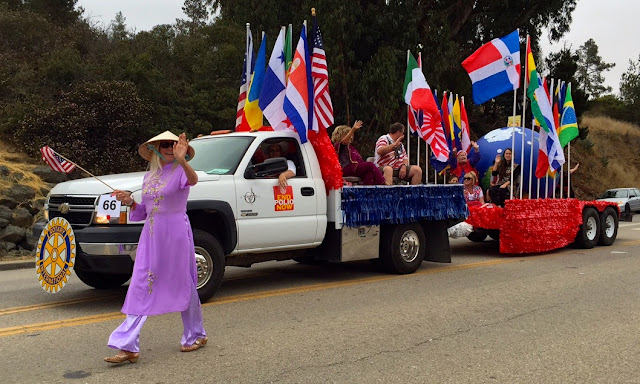 This Cal Fire unit drew applause and cheers along the entire route. With the Chimney Fire fresh in mind everyone wanted to celebrate this representative of the "heroes." 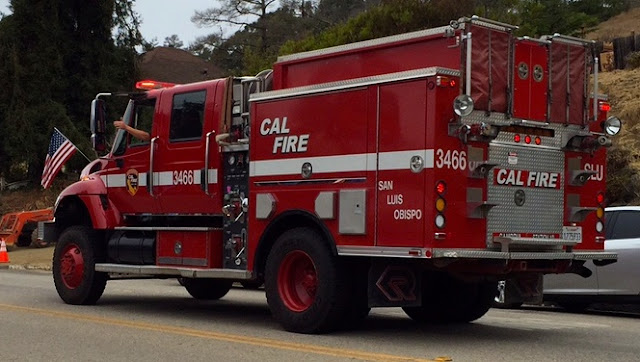 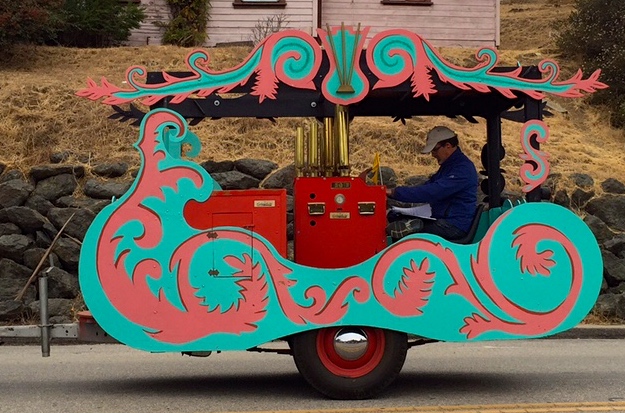 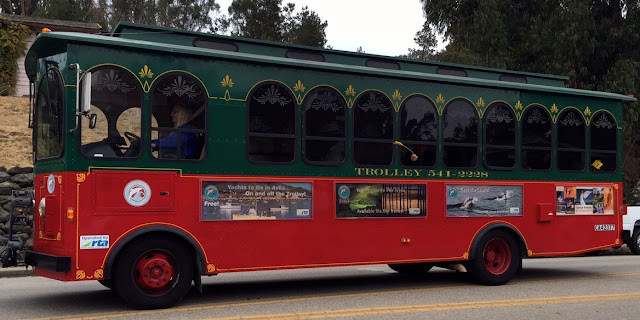 See you down the trail.
Posted by Tom Cochrun at 6:26 PM