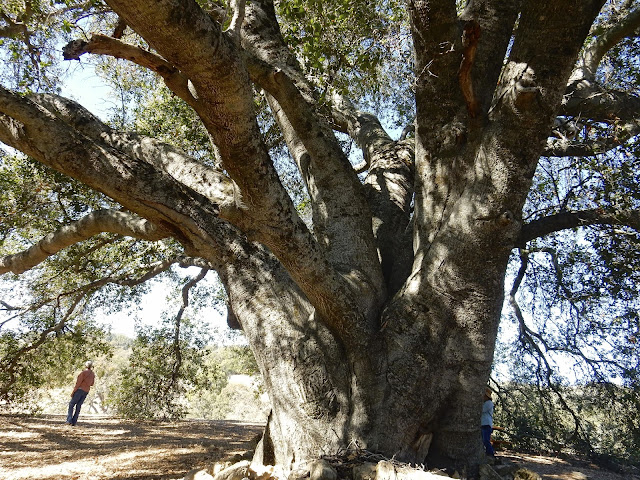 Hanging around a 700 year old Oak was a good place to absorb the shock of Paris and to think of life.
Don't you think there have been millions of conversations framed by how do we live free but safe? I hope most of us desire freedom over a safety that comes in the form of eroded liberty. Giving up even a centimeter of civil liberty hands a victory to terrorists.
The British during the blitz are models to emulate. Stay calm, carry on, continue with life as free people. That is as much of an in your face rejection of the terrorists as we can demonstrate-to live freely, cautious, careful even, but by not ceding liberties.
The French, our longest ally appear ready to fight back by that course and by applying military strikes at the dark and evil core.
After 9/11 we responded with the Patriot Act that we have since learned went to far, gave over too much and we've adjusted. Those who protect us in law enforcement and national security need room to work, but when citizens lose freedom and privacy we begin an erosion of a free and open society and we lose the high ground. We also lose our sense of purpose.
Thoughts on understanding the enemy follow below. 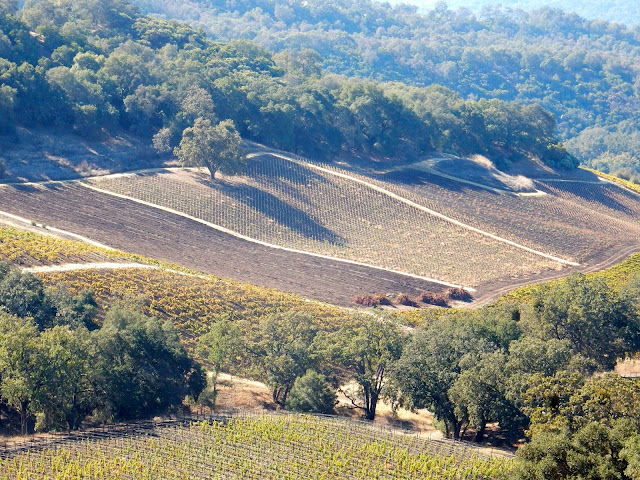 Looking at things from the top of an old volcano lends a perspective. We close this post with a return to calming nature.
Besides wrestling with the Paris attacks I've been thinking about how badly my sex can and too frequently behaves.


MEN AS SLOW STARTERS?
That is way too kind. Men have been too frequently cowards and weasels.
To our positive, history records some who have been reasonable, fair and committed to equality, but when you examine the right to vote for example and the evolution of suffragettes you see men failing to do the right thing, nefariously and repeatedly.
Fear of change, animosity at losing the club house lordship in relations with women, no longer able to plunder or abuse. Women with the right to vote, they worried, would change everything. Men feared it so they fought it.
The battle was in England where women tried for decades to gain the vote. The struggle birthed suffragettes who made the fight larger, public and persuasive. The marvelous film The Suffragette tells a personal story in that time. Strength, forbearance and suffering under maddening inequality. It took courage to risk what they did. In this axiom men were thugs, cheats and liars. Women won, eventually.
So now in the second decade of the 21st Century with worry that a regressive strain of politics targets hard fought rights, a little history is helpful. The battle for the right to vote commenced mid to late 1800's. The movement gained force in the early 1900's though stymied by British Parliamentary politics and a heavy press management. That is when women stepped up the fight and it is the setting for this film that is one of the years most important.
Carey Mulligan creates a laundry worker who's life leads her to the movement and through her we see the struggle, told personally. Helen Bonham Carter, Ann Marie Duff and Merryl Streep with a small role of an historic character paint a vivid portrait of the passion, determination, suffering and character of the women who earned the right to vote. Prison, beatings, hunger strikes, forced feedings and family separation were the cost horrible at the time, little known today.
The American Suffragette movement paralleled the British.
In 1918 English women over 30 could vote and could be elected to Parliament. Voting rights were later extended. American women's rights came two years later. The obstacles were the same on both sides of the Atlantic. Too many men failed to see that in extending full citizenship to women you create a more valid and extended public square and private commerce. It broadens experience and perspective in both deliberation and industry. Aside from making sense, it's right.
This kind of historic remembrance is important. Rights are precious and fragile.

REJECTED BY THE HUMAN RACE
There is no place in the 21st Century for ISIS. They are puppets who wish to make war on modernity. They are not religionists and they are not political strategists. They are a cult of death, manipulated by zealots and self appointed fanatics who pervert aspects of a faith founded by a man who had revelations in a cave and then who built a religion that required war fare.
Even the most open minded of Christians or Jews have questions about some aspects of Islamic belief, but the true deep thinkers in each of the three largest religions in the world have found ways to coexist and learn from each other. So at the risk of angering some of you, we should separate Islam, Judaism and Christianity from conversation about ISIS.
They may claim to be doing war for their god, but they are really all about imposing a world view that goes back perhaps as far as the third century. They are ignorant. Their leaders are dysfunctional sociopaths incapable of navigating the complexity of a modern life. They can't handle reality so they try to create their own vision of an imagined history. And they recruit the uneducated, unemployed young. Being on social media doesn't mean enlightenment.
Fundamentalists of every stripe are arrogant in their assumption of rightness and are by nature close minded. But few are such retrograde jackals as to worship death and to make God an angry, vengeful force incapable of anything but destruction. When you consider their destruction of history, their hatred for art, culture, music, their inability to relate to women, their barbaric penchants you are reminded of the personality profile of the sick young men who perpetrate mass shootings in the US. Both behaviors are beyond the bounds of civilization. They are very much alike.
Everything about them is illegitimate including the god they've created and who they use as an excuse to be brutal thugs, patriarchal bullies, sexual miscreants, simple minded rejects and failures at almost everything in life. It is life they can't handle and so they soak in death. Their leaders bastardize a belief system to justify their own demented dreams and to make up for their own personal weaknesses.
This world is troubled enough. There is no place for a cult of curs. There is nothing about ISIS that should survive. There is not one idea they speak that is worthy of negotiation or serious reflection. They deserve the death they celebrate. It should be the task of all nations to destroy them.
AND NOW A MOMENT OF PLEASURE 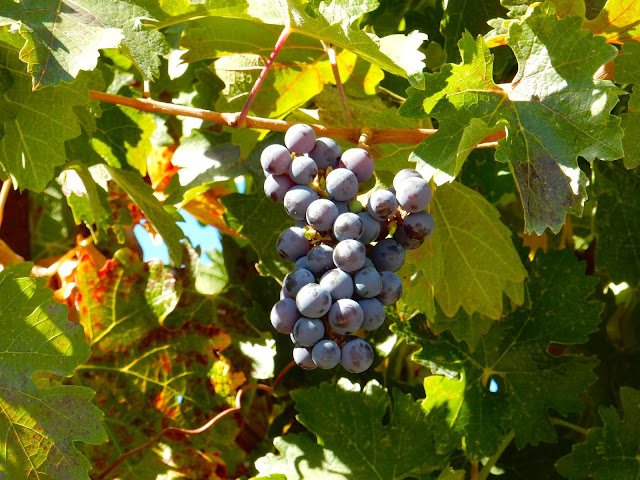 A group of friends, boomers all, grouped in this Land Rover from South Africa for an excursion of Halter Ranch in the Paso Robles appellation. 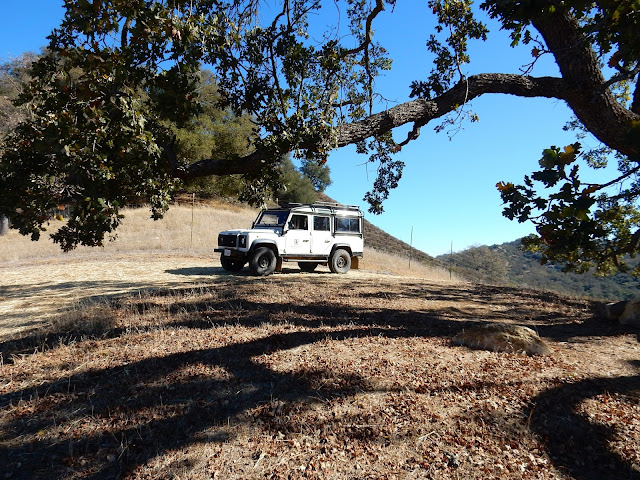 Here atop an old volcano that created soil conditions perfect for grapes. 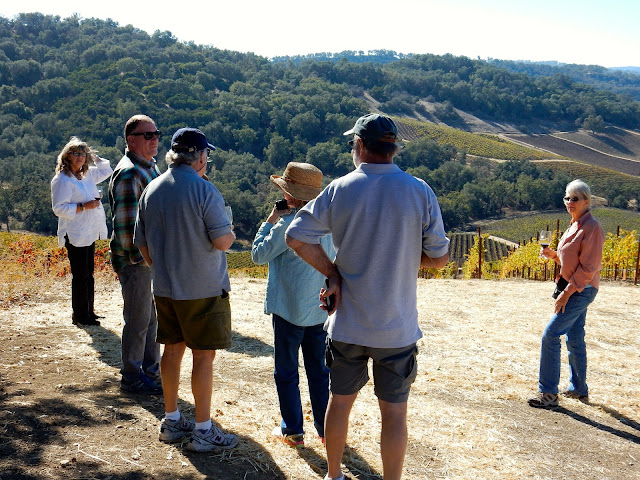 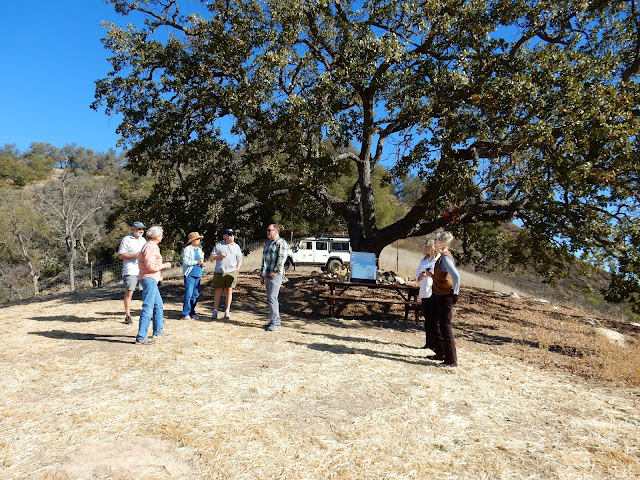 Another stop at the Ancestor Oak.  700 to 750 years old and believed to be the oldest in the US. 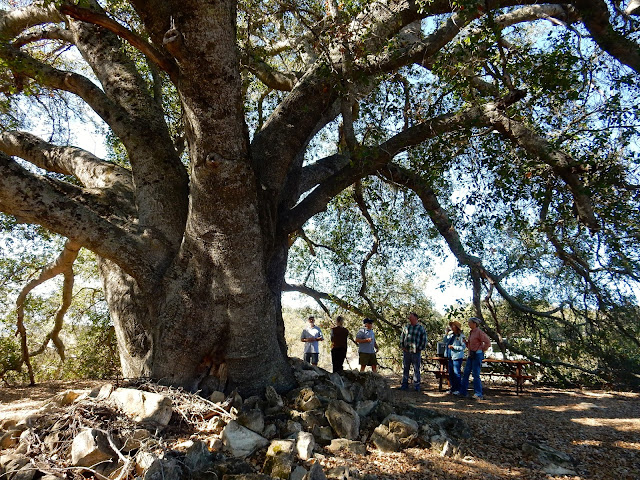 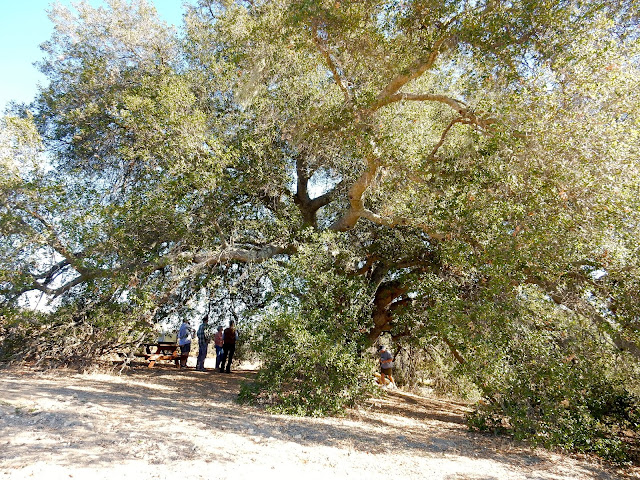 Autumn color apparent in the acres of vines. 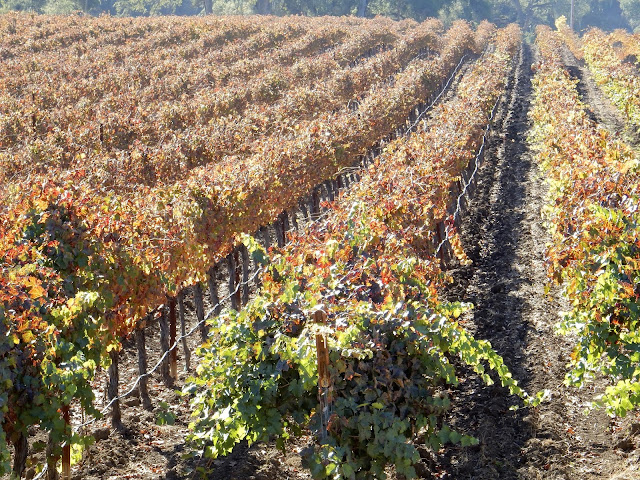 As you admire the long view of Halter Ranch consider the extraordinary back story. That long road in the left of the frame was the landing strip of a previous owner of the land.
The man who built the winery purchased some 2000 acres, but planted on only a little more than 200. The rest of the land is a nature preserve and includes a three mile animal safety habitat. A man of means, he has a history of buying land around parks and preserves and giving it away to create larger areas. Ecology, sustainability and walking the talk. Cheers to life, love and the freedoms that sustain us. 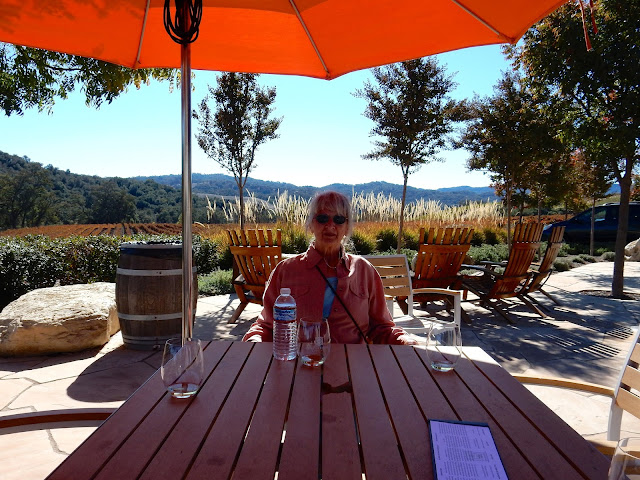