WOULD RATHER HAVE WATCHED THIS 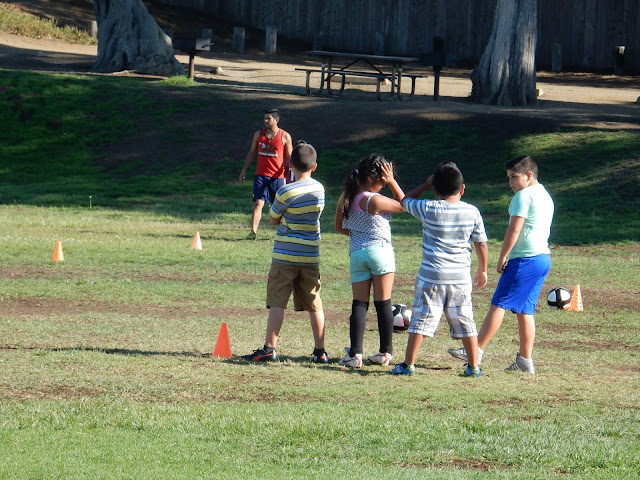 Soccer enthusiasts abound in Cambria and that is even more so for some folks of Mexican heritage. Strong family ties are evidenced in the volunteer coaching by moms and dads in Shamel Park. Maybe some future world cup players being groomed in the village.
As we watched a recent afternoon drill I wondered what these kids thought of Donald Trump and some of his immigration worrying debate colleagues.
NOT A DEBATE
Let me give you my bona fides.  I've moderated many state and federal debates-Governors, Congress and Senate. Having said that I thought Jake Tapper did a good job according to his assignment-but there in lies the rub.
CNN was not so interested in serious examination of issues, solutions and philosophy as they were in stirring up a verbal fight. The brain trust at CNN decided they'd pander and play "Real Candidates of The Campaign Trail."  They could have called it Sass and Ego at the Reagan.
Tapper had instruction to set up verbal sparing and he did that well. He did a pretty decent job of controlling the bombast and the real journalist in him even snuck out a few times where he got to questions that were not merely set ups for more verbal warfare. From inception it was more about atmospherics and theatrics than real substance and analysis, but such is the business of politics when twitter and trending is as important as intellect.
Dana Bash was able to ask a few real questions. Hugh Hewitt should have been left in the make up room or in the GOP pom pom squad. What a joke he was!
In three hours of gab and BS we probably learned a bit more about the candidates, due to time and exposure more than it was to the format. Next time CNN should arm the candidates with paint ball guns and Nerf bats. 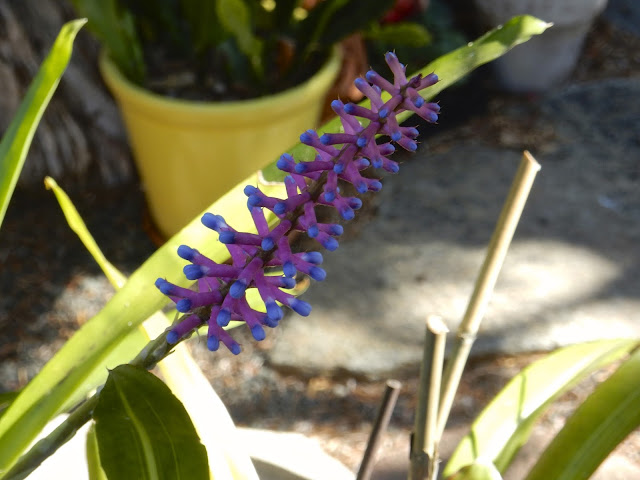 Now that I see the bromeliad bloom above and the bloom below they don't look as much alike as I thought they did. Boomer memory you know… 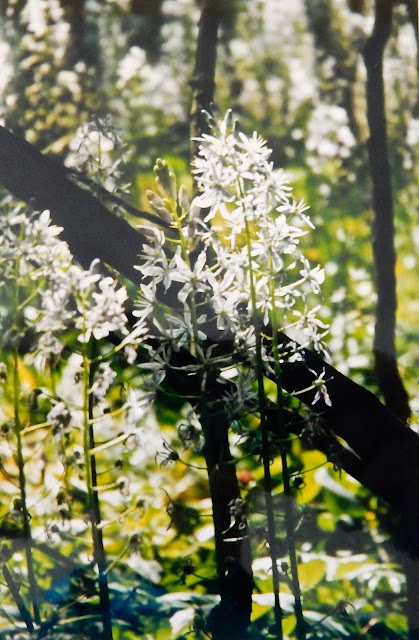 The plant above is called a cama or Indian Hyacinth. Native Americans in the Northwest Territory, including Indiana were said to fight over them.  In some tribes they were considered "old ghosts," "old spirits" and the tuber or bulb was a source of food or medicine.
It is a Camassia, a kind of asparagus. We had large patches of them growing on our old growth forest acreage on the Indianapolis north side. 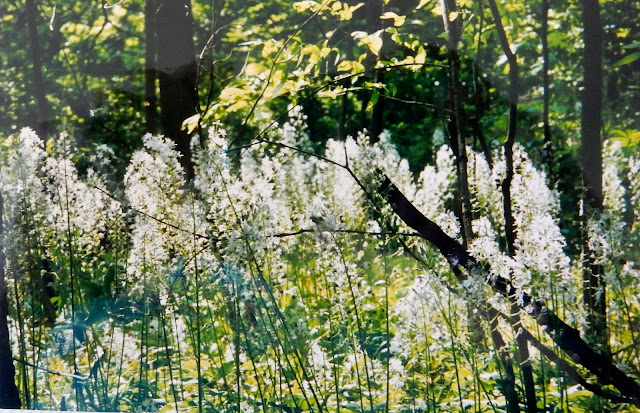 There were times of day, early morning or late evening especially when the camas seemed to radiate the gloaming light and appeared to be small ghosts dancing as they tossed on the breeze. 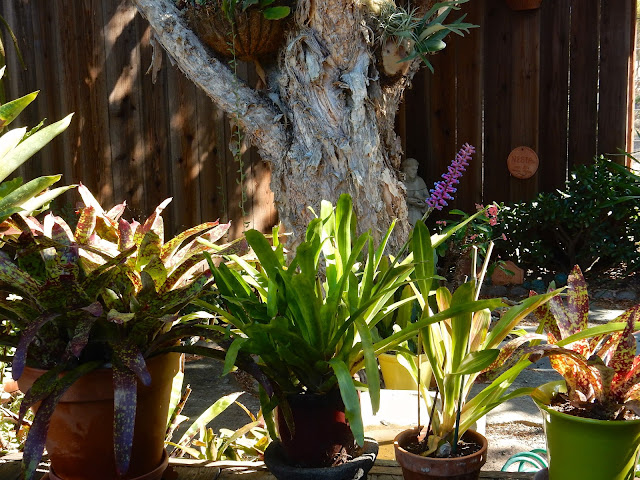 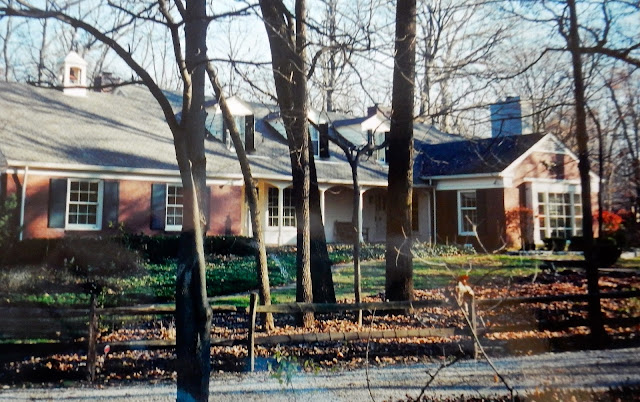 Back at our Indianapolis home late September was time to begin marking the change of season by tending to leaves and winterizing the house.
One September was particularly sentimental, the year our eldest moved to Florida. Graduated from IU she was ready to "leave home." 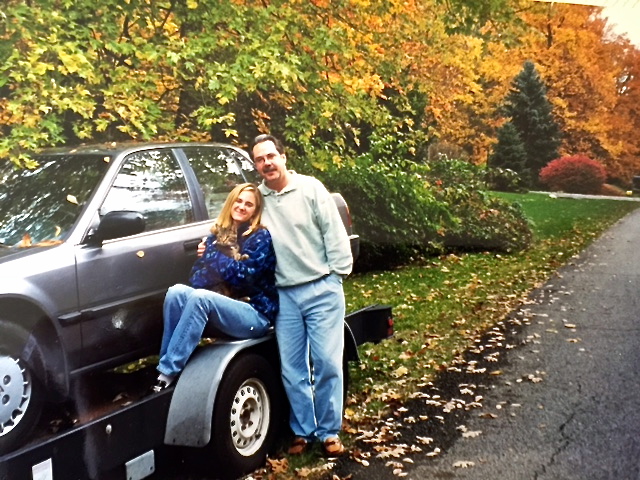 She left at the height of "leaf season" and I teased her about timing the move so she left fall chores to mom, dad and younger sister Katherine.  On 3 1/2 acres of old forest we had a lot of clean up. 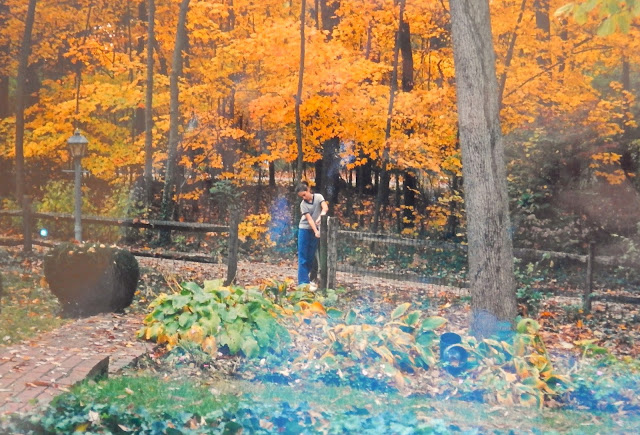 This September she is busy building a nest for her own growing family and sister Katherine begins work as an RN in cardiac telemetry. Lana and I are pleased that our boomer backs, shoulders, arms and legs are not putting up winter shutters.  We do hope for California rain, but no shoveling is required!

See you down the trail.
Posted by Tom Cochrun at 1:05 PM