A GAME OF LOVE--SHARING THE BIG BLUE and BAN FOOTBALL?

STRANGENESS ON THE COURT 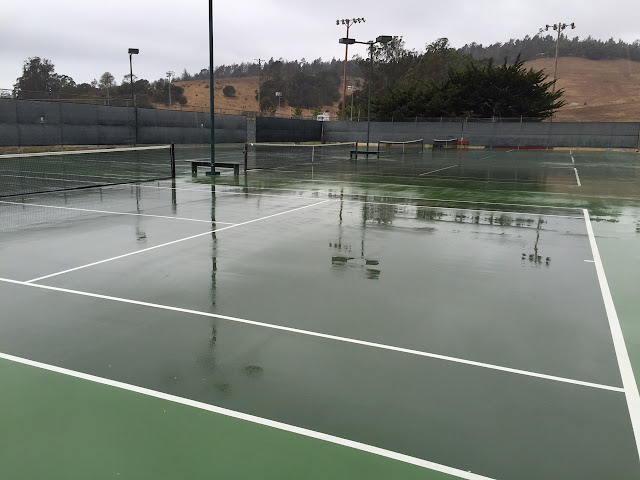 Cambria Tennis Club play cancelled Monday because of strangeness on the courts. Locals haven't seen this substance for quite a while. Measurable rain in September! Remnants of a tropical storm delivering a small gift and we hope a signal of the rainy season which begins next month.
Glad to give up play for rain and oh how we hope some of this rain gets to the tragic fires burning upstate.
A Game of Love
In case you missed it, a real life fairy tail played out at the US Open Tennis Championship this weekend. Flavia Pennetta, ranked 26th defeated her life long friend and unranked player Roberta Vinci. That's the stat. As Chrissie Evert said, she's never seen such a happy scene after a match. Vinci came out of nowhere to upset the famed number 1, Serena Williams to get to the finals.
The charismatic and charming Italian women, roommates when they were young, wowed the tennis world with enthusiasm and delight. Upon being presented the US Open Trophy, Flavia announced that a month ago she had decided to retire at age 34.
It was her first major championship and she is the oldest US Open Winner. You can't make up a better story line. Hope you can get a chance to see video of Vinci and Penetta in the trophy presentation. Their smiles and antics will make you smile.
On the men's side the #1 Novak Djokovic beat #2 Roger Federer. I'm a fan of both men, but had hoped the 34 year old Fed could manage another win. He's won 5 but still plays with a grace and elegance that is unmatched.  Even Djokovic said he's the greatest player of all time.

HEADS UP
We victims of traumatic brain injury pay close attention to the latest research on details of legacy affects. In the last couple of years we all have duly begun to pay attention the tragedy being inflicted on football players after years of serial concussions.
A good friend and one of the more studied and wise people I know says as "anti-American" as it may seem, it is time to outlaw football, until and unless it can be proved that new helmets and rules can prevent what is now common place-serial concussions and the damage they extract.
A couple of high profile NFL suicides has further opened the door on what is one of those obvious issues hiding in plain view. By the time a kid has played junior league, high school and college football, he has rattled his brain thousands of times.
Will Smith stars in an upcoming film the NFL would like to see go away. We are told the story line has been tweaked a bit to soften the blow, but Concussion is on path to create a new public awareness-long overdue.

One of the many Humpback Whales that have summered near the shore from Cambria to San Simeon. 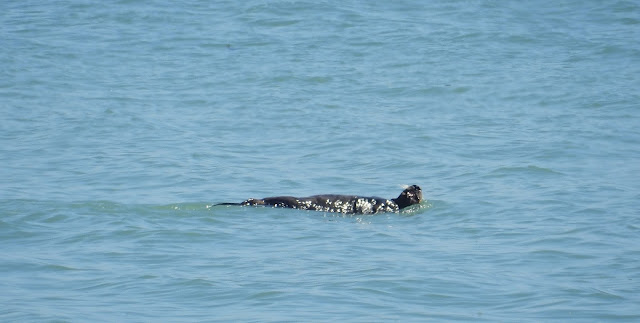 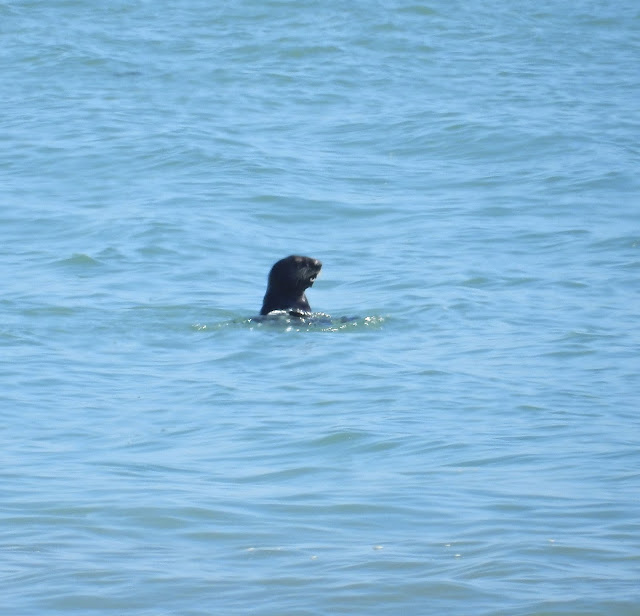 Tourists have taken to the San Simeon Cove too, sans wet suits.  More evidence of the warmer than normal currents. 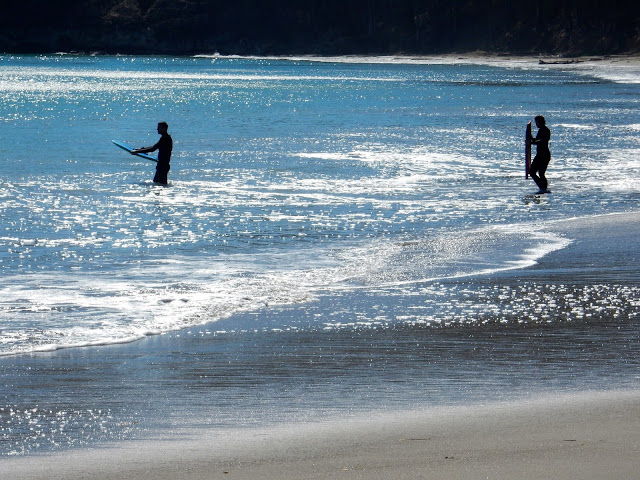 See you down the trail.
Posted by Tom Cochrun at 10:03 AM