THE BIG MOMENTS AND FRESH AS FRESH CAN BE

Everyone sees it their own way. I liked the politics of it. The big stage saw big moments of poignancy.
Patricia Arquette's rally plea for equality for women and ecological sanitation in the developing nations scored points. It's something to see Meryl Streep standing, pointing and seemingly saying "You go girl!"
The overwhelming standing ovation for the emotionally staged Glory was topped only by John Legend and Common's powerful acceptance that repudiated racism and the over incarceration of blacks.
Powerful were the tears of Selma's Martin Luther King,  David Oyelowo, as Glory filled the Dolby Theatre.
Moving were the comments of Graham Moore telling how unfair it was that Alan Turing could not stand on a stage as he did. Moore won for adapting the Turing story into The Imitation Game. The brilliant Turing, an inventor of an early computer that broke the Nazi code in WWII, died of an apparent suicide after the war when he was exposed as being a homosexual.  Moore said he too considered suicide when he was 16 because he felt he was weird and different.
There were plenty of candid and emotional moments at the microphone.
It was stunning to see Julie Andrews emerge from the wings after Lady Gaga performed an incredible 50th anniversary tribute to Sound of Music.
It was probably surprising to some to see the vocal skill and range of Gaga, who is better known as a costumed rocker. I've been a Gaga fan for a few years and have taken a few barbs from friends. The worst criticism of her are those who say she's a Madonna knock off. There is no way Madonna could have nailed the Sound of Music like Gaga. Nor could she perform as brilliantly with Tony Bennett as Gaga, who is a skilled musician, composer and artist. But I digress.
All in all some major political and sociological planks got a good showing at Hollywood's big party.
For the record I think Neil Patrick Harris performed well, but some of the writing was shallow, self indulgent and weak. I'm sorry Richard Linklater didn't win for his epic production Boyhood. And while I raved about Birdman, I don't consider it film of the year. But hey, it's show biz!
FRESH

One afternoon the next door neighbor where we were staying on Oahu asked if I could help him with a fruit tree. 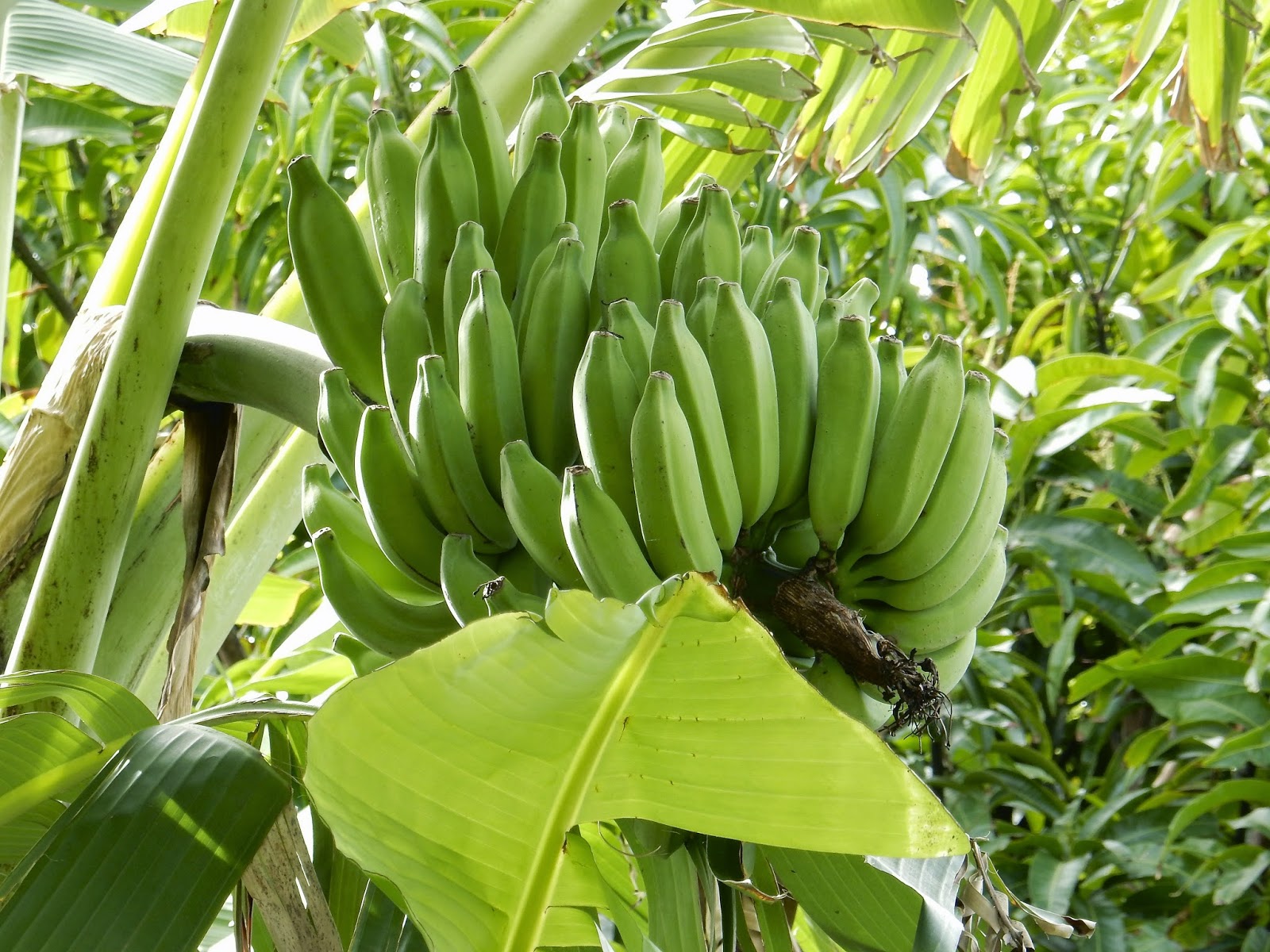 He had tied rope around a bundle of bananas and asked If I'd hold the end as he cut. The effort would prevent the fruit from crashing through other limbs and onto the ground.  It worked as they were undamaged. 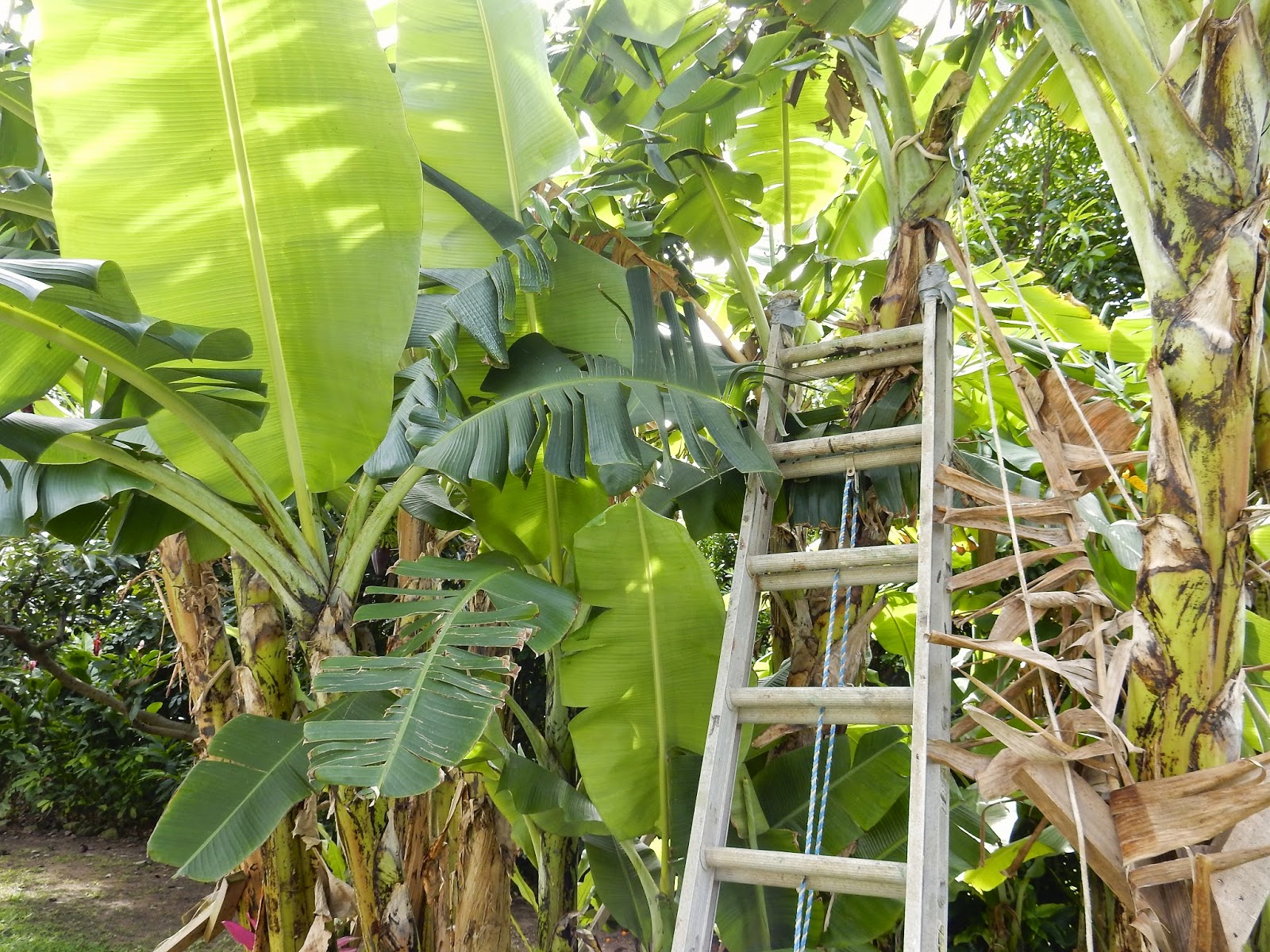 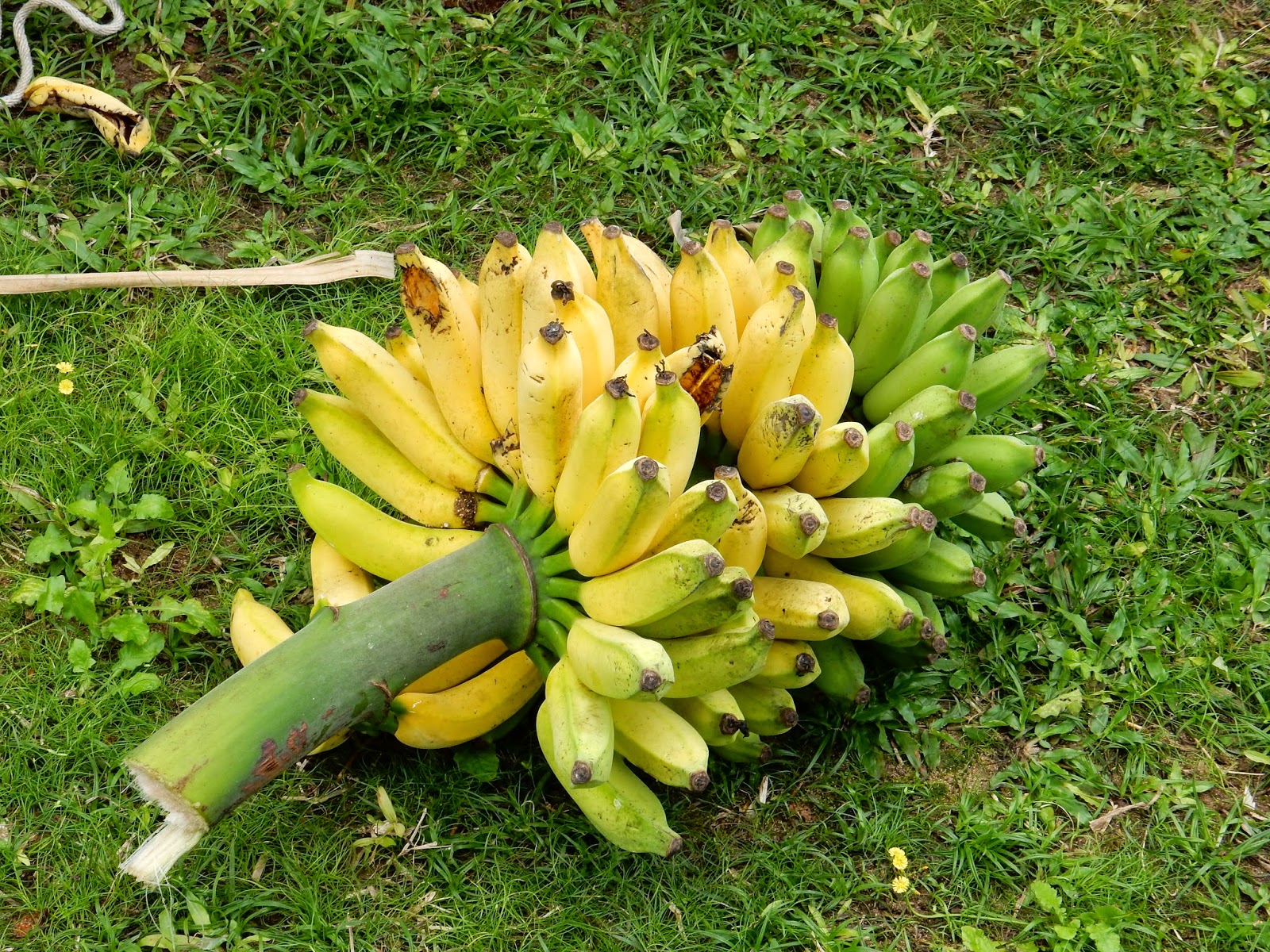 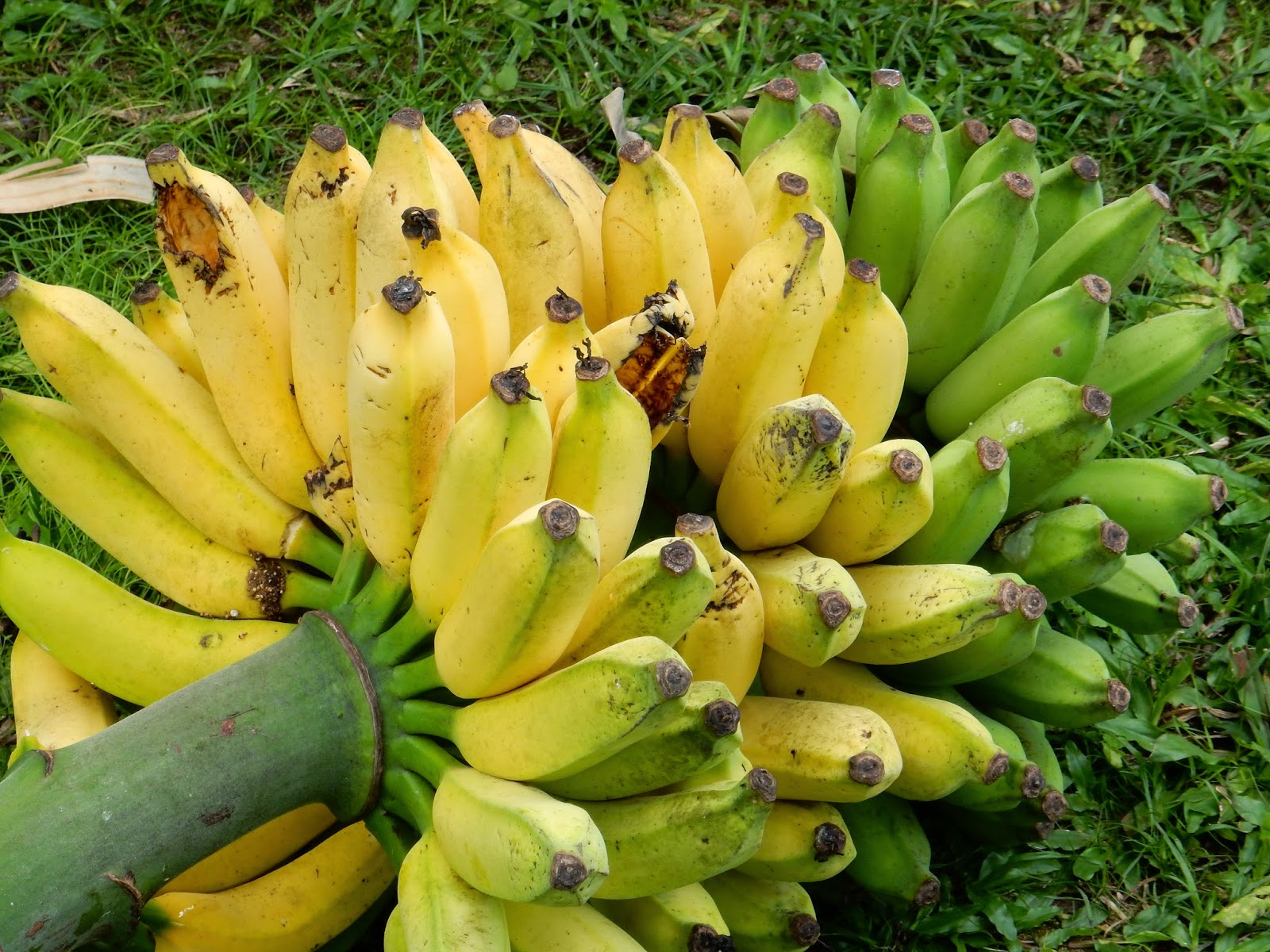 Within minutes, we were enjoying fruit as fresh as it could be. 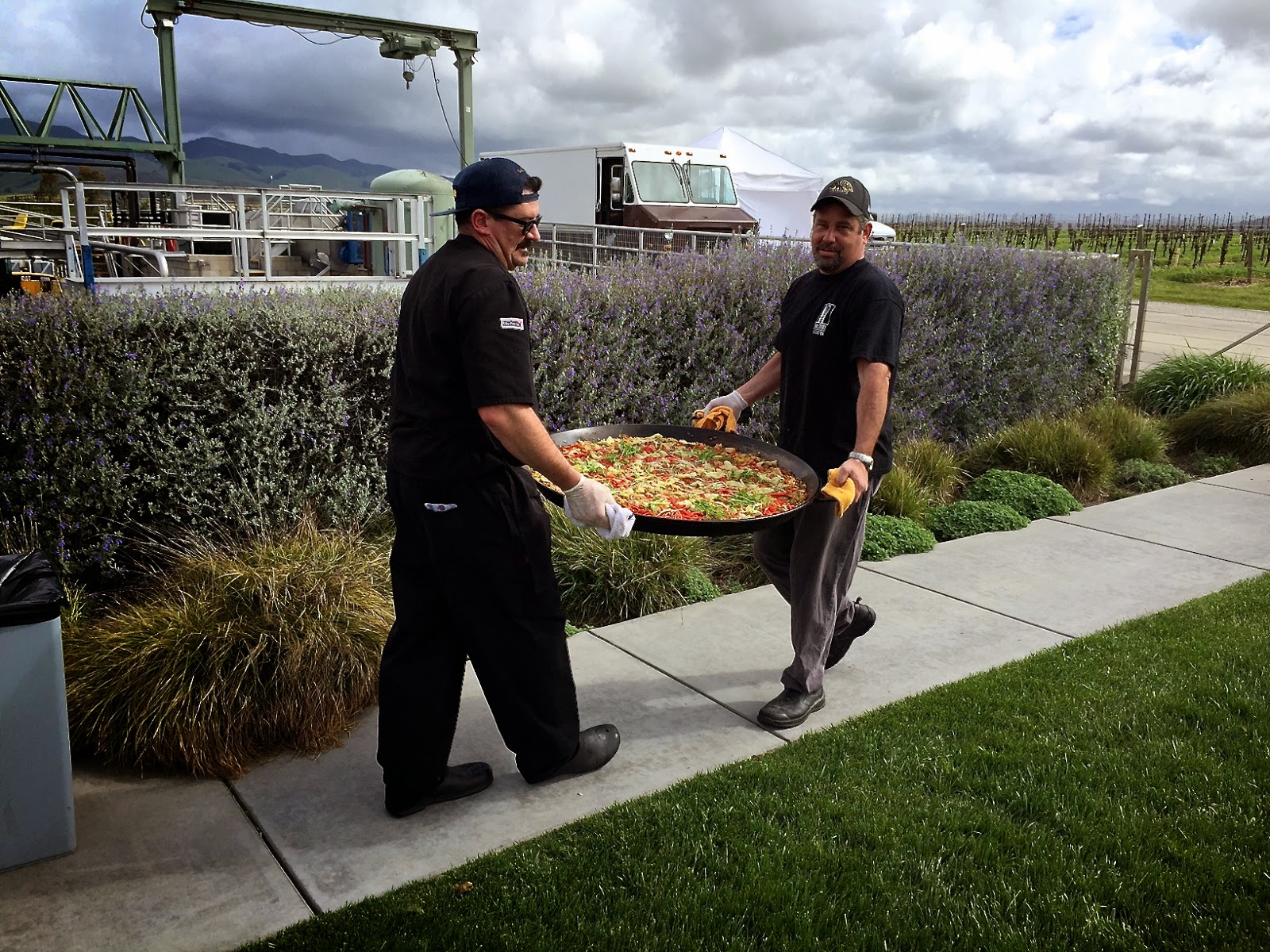 Delivering the Paella at Tolosa's pick up party. Yum!

See you down the trail
Posted by Tom Cochrun at 1:19 PM