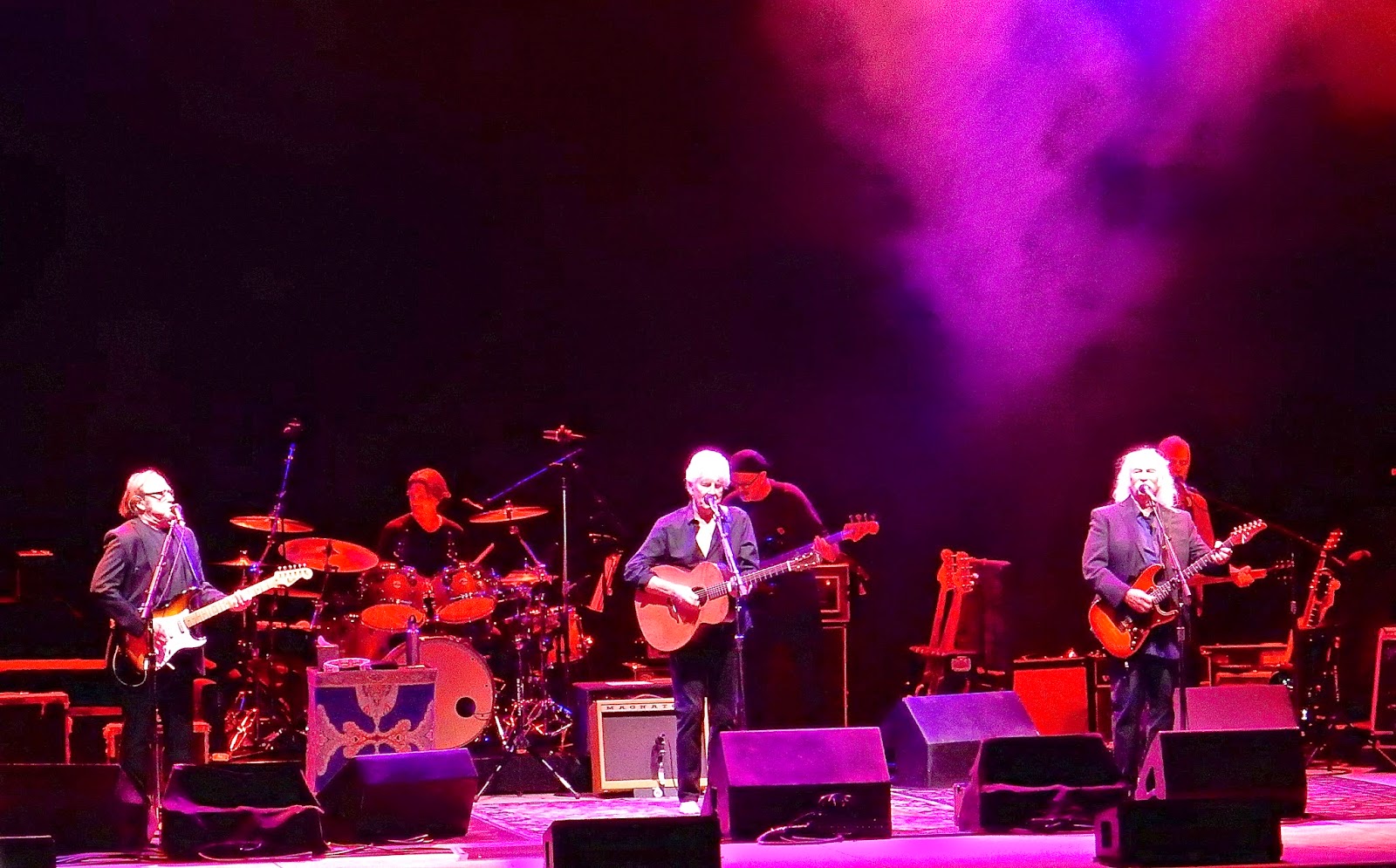 Some evenings you never forget. From the moment David Crosby rated the new Amphitheatre a good venue and barefoot Graham Nash invoked the private joke when he said hello to "Paso Robles, or however the fuck you pronounce it," the magic was loose beneath the wine country stars. 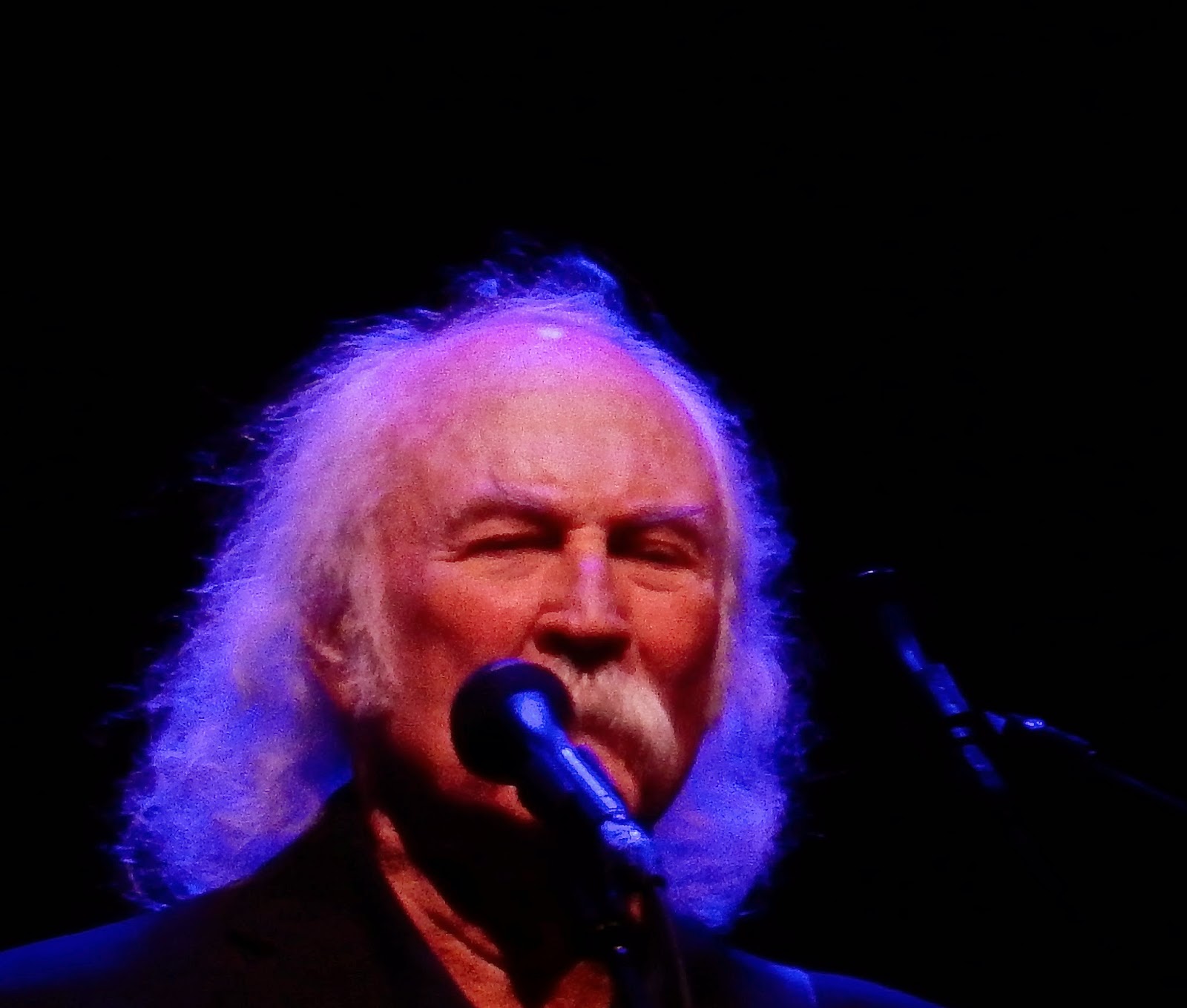 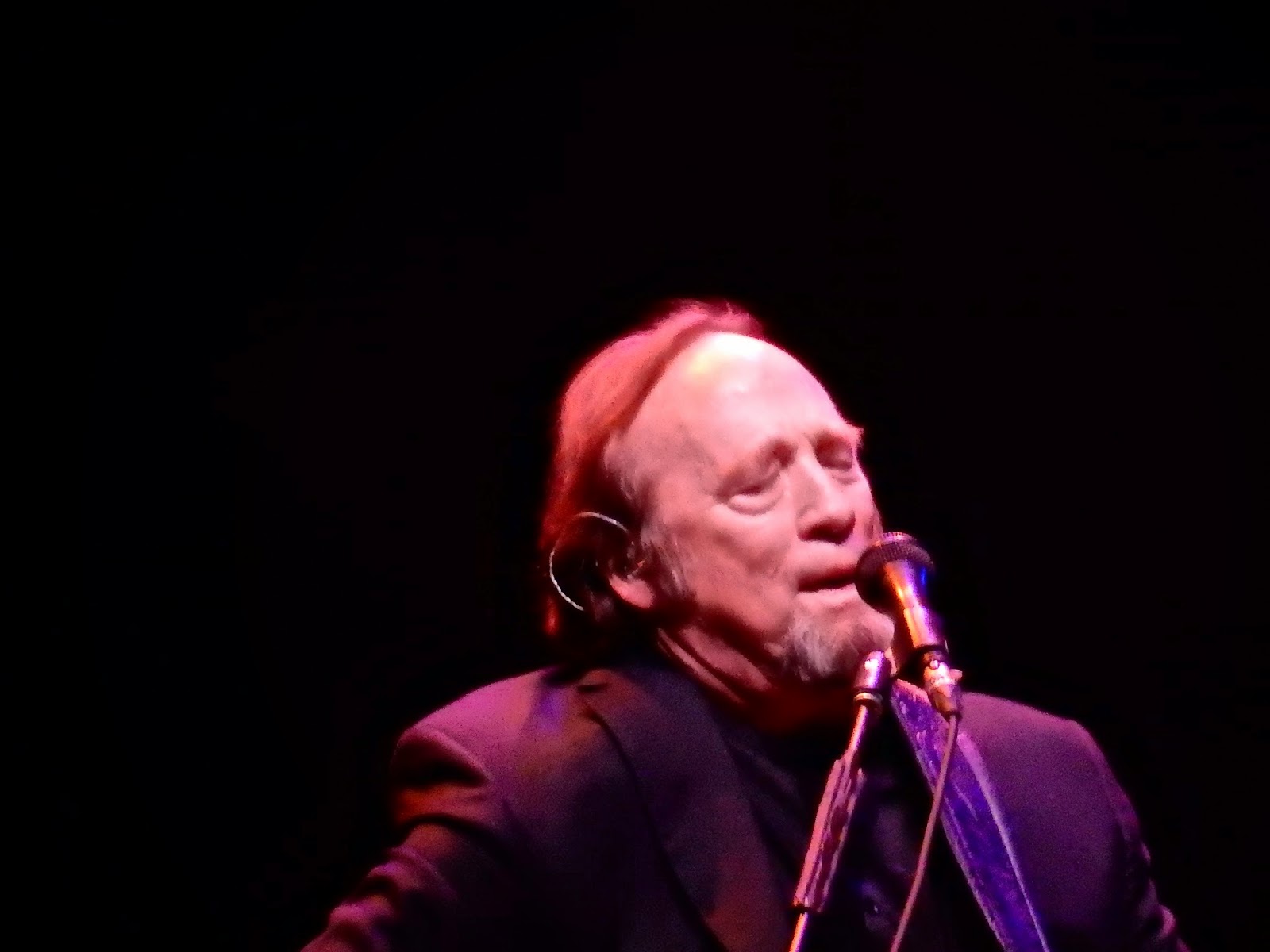 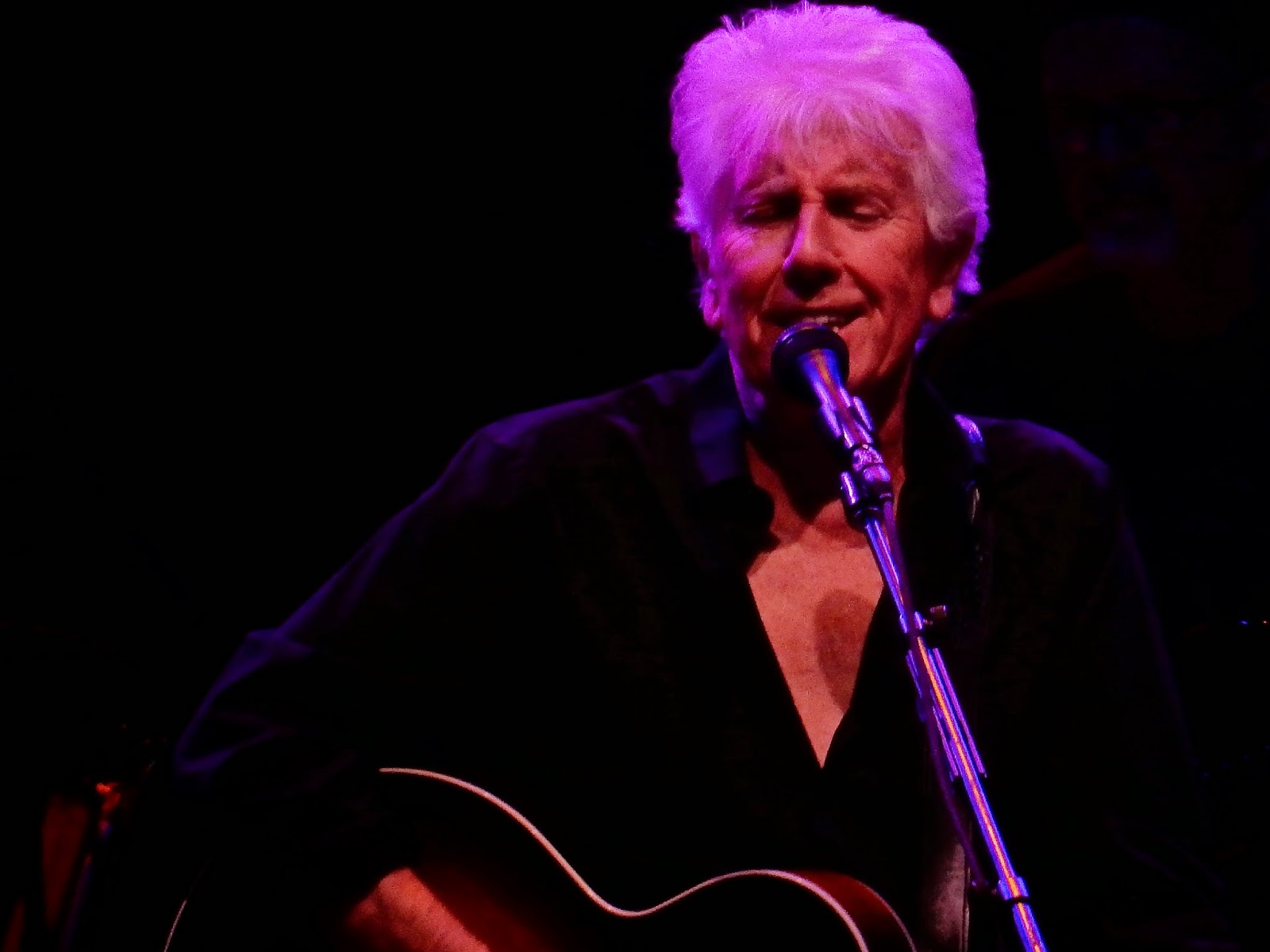 The two set evening was a chain of performance highs, virtuosity and fervid appreciation. 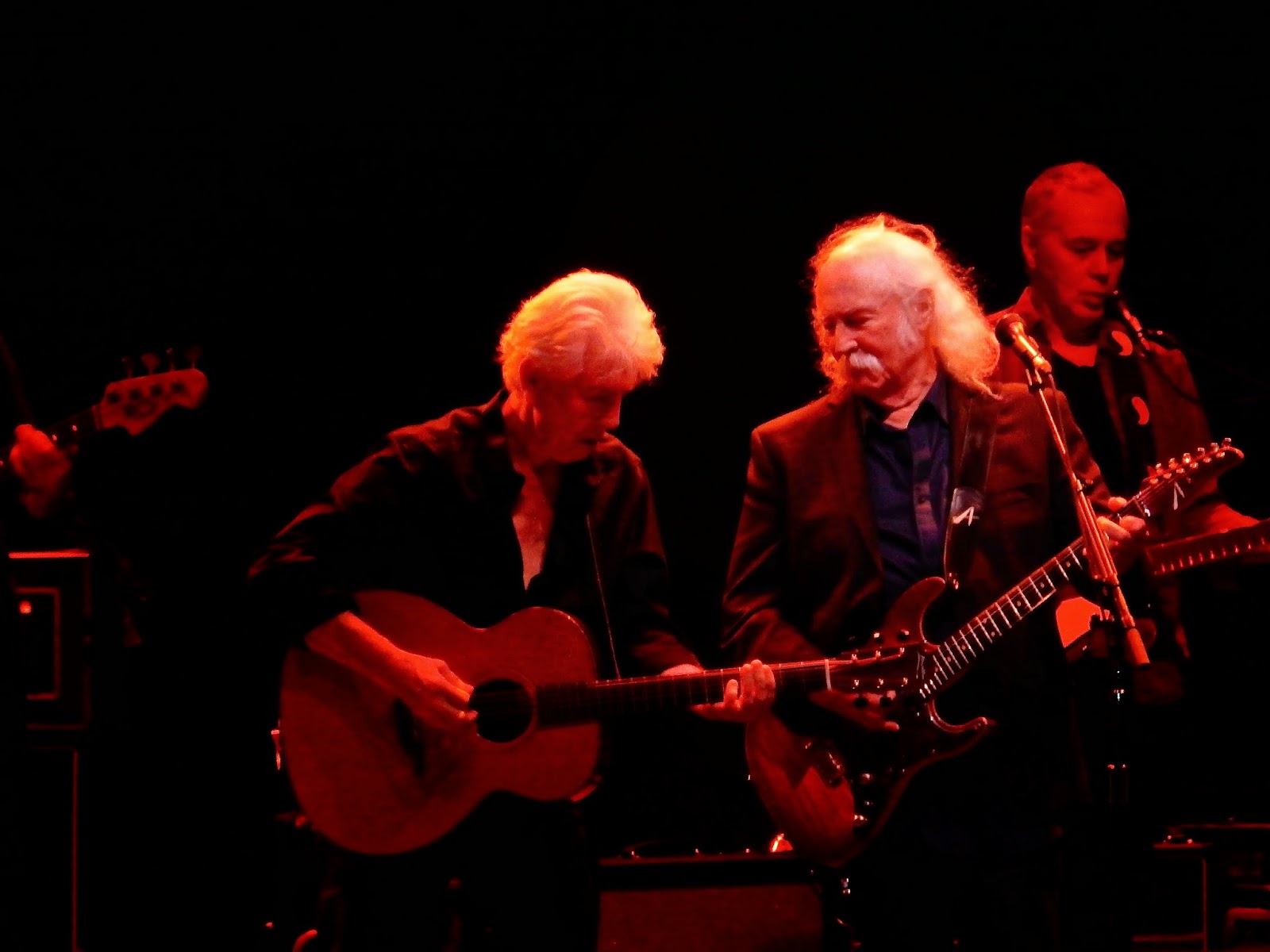 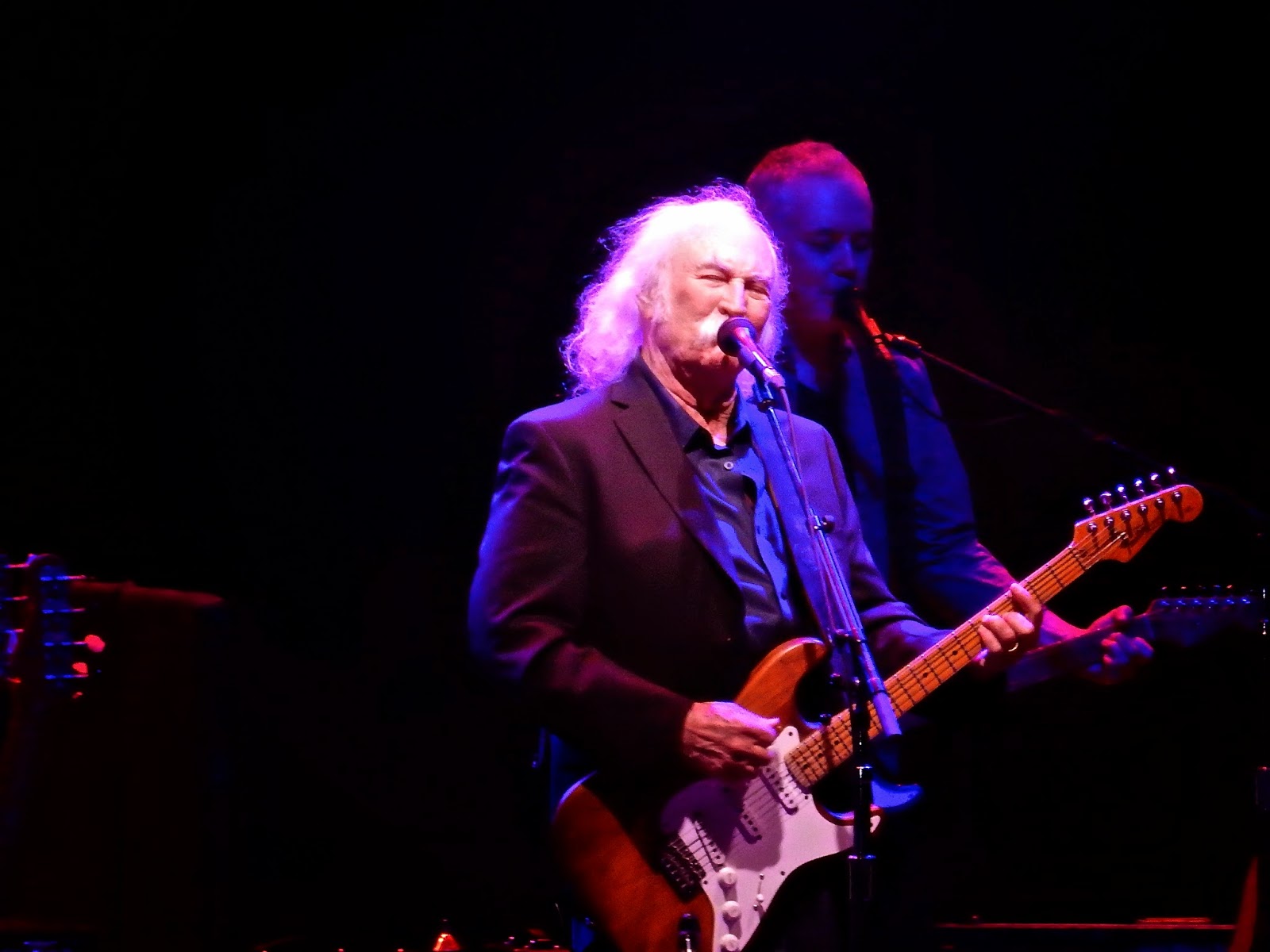 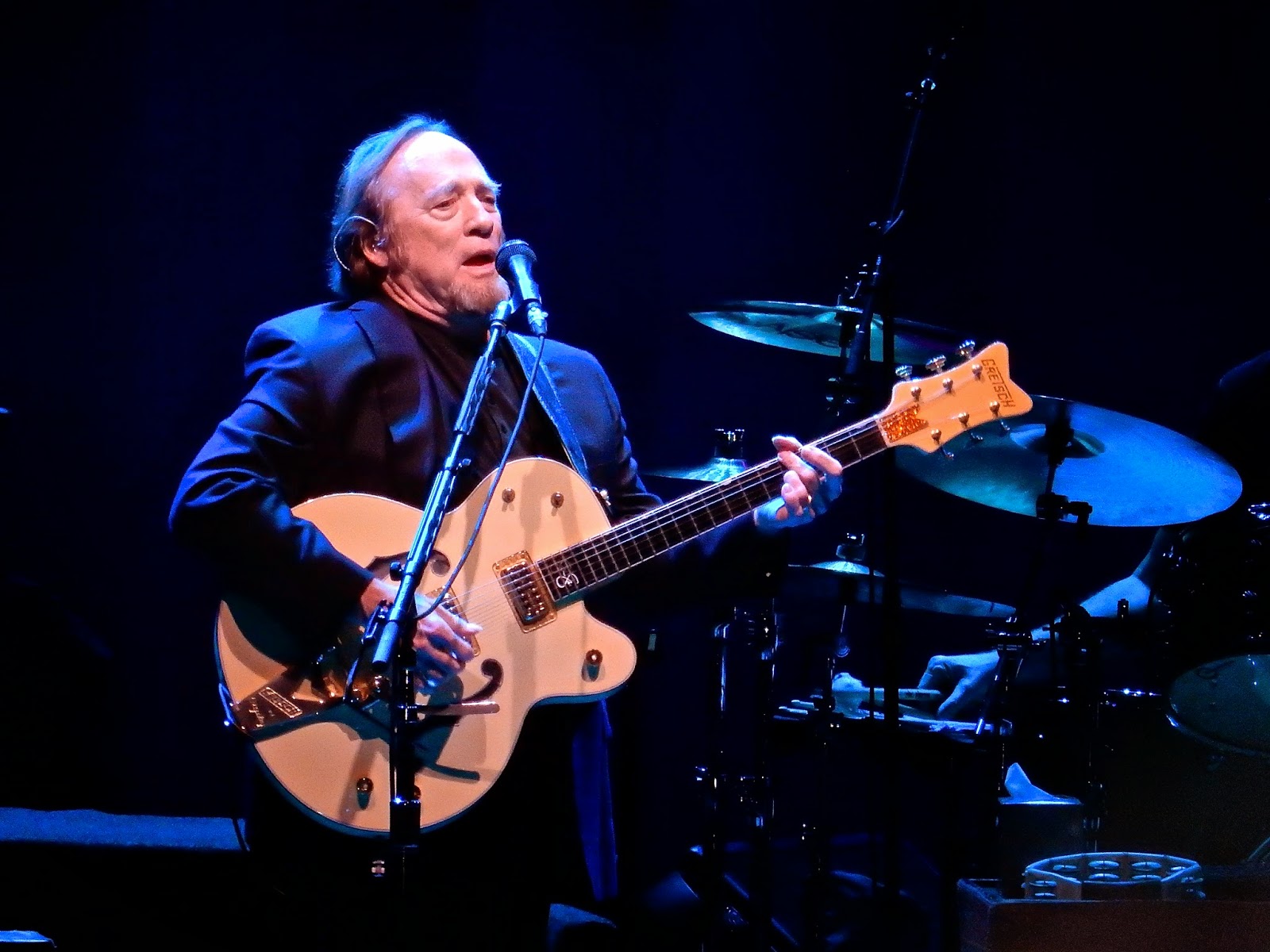 There were plenty of CSN classics-Carry On, Questions, Military Madness, Southern Cross, Just a Song, Delta, Don't Want Lies, Cathedral, Deja Vu and more.  Our House became an audience participation moment.
Stephen Stills reached back to his Buffalo Springfield days and rendered a greatly muscled up version of For What It's Worth. He remains a preeminent rock guitarist. 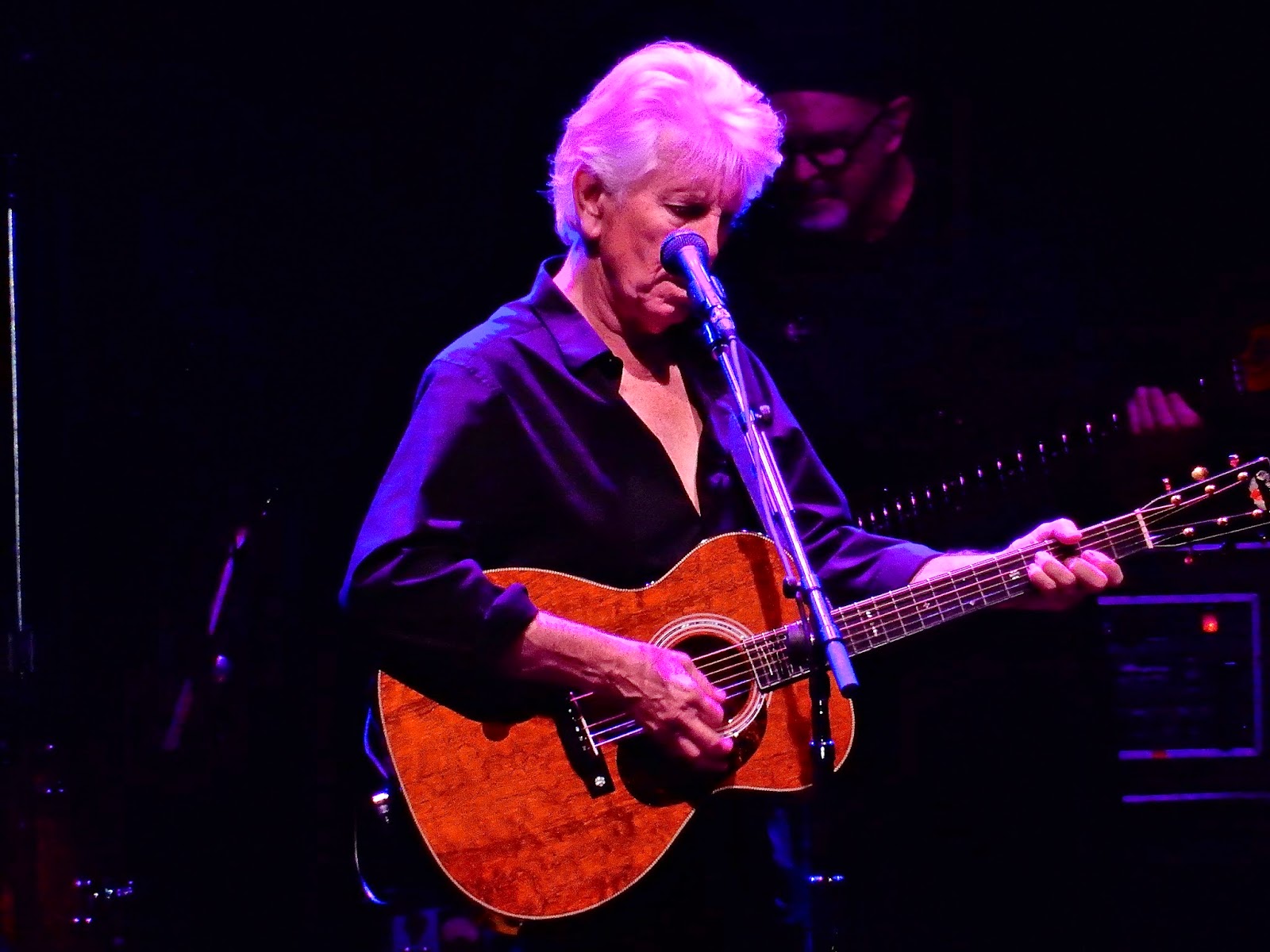 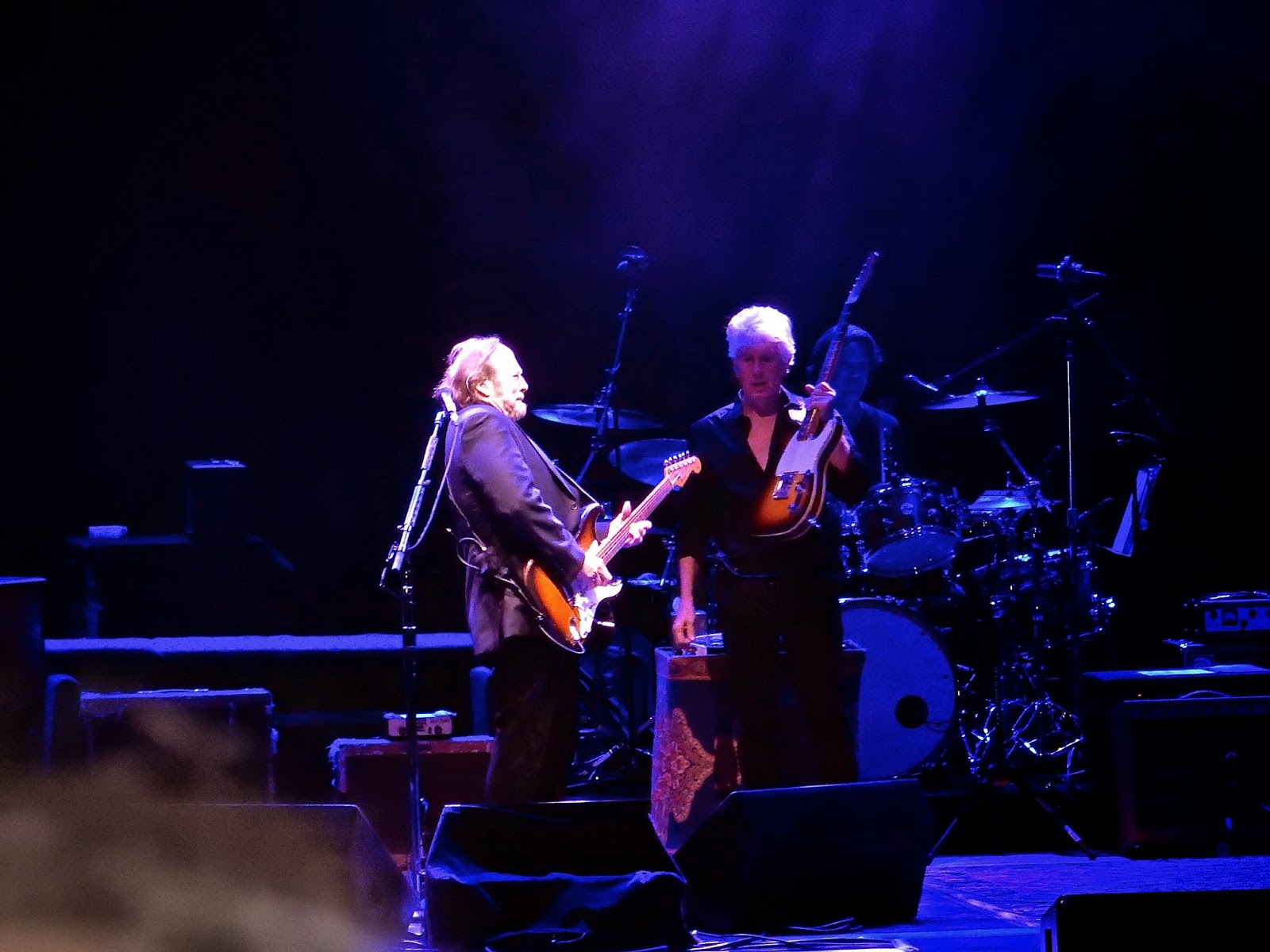 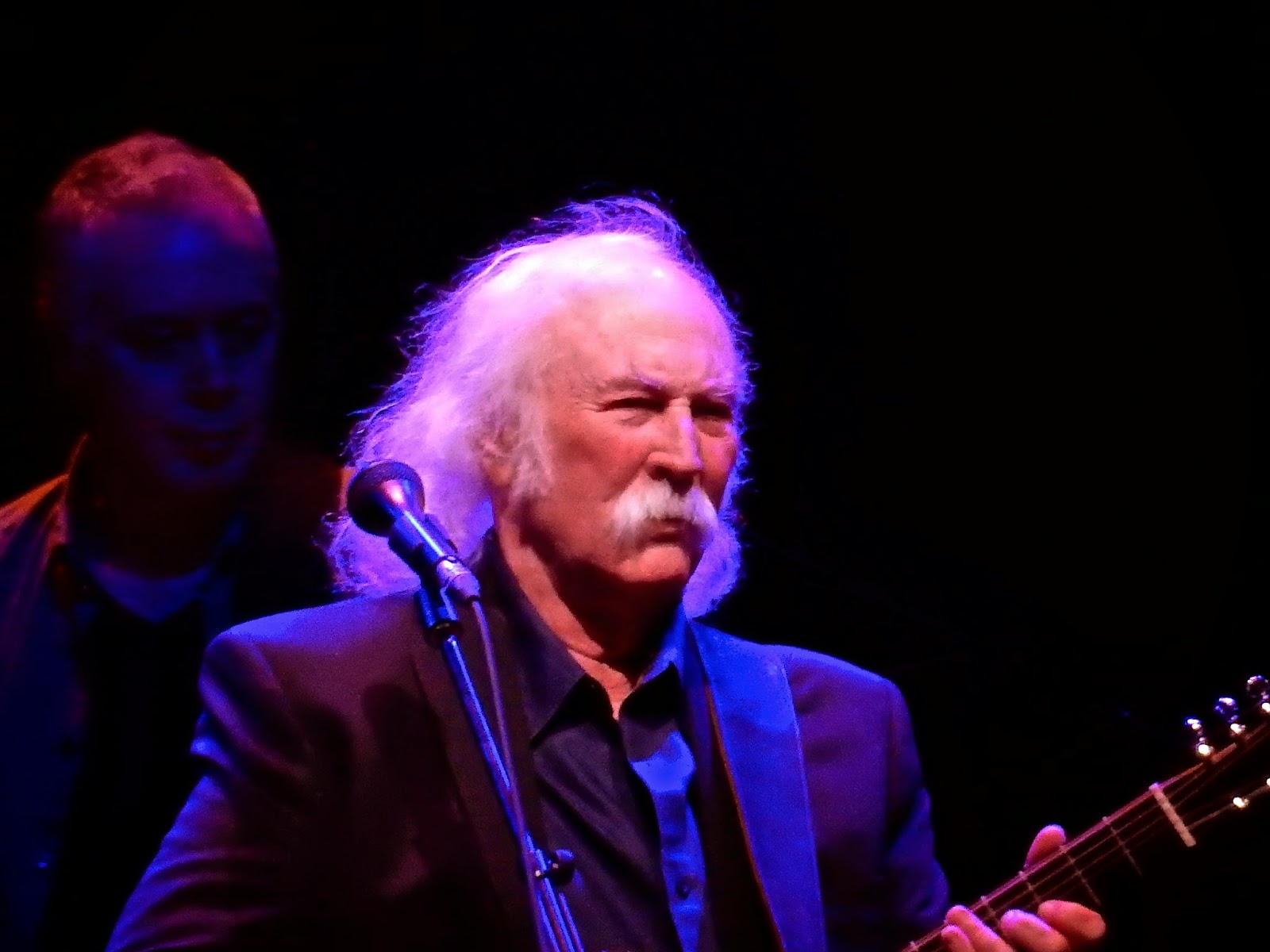 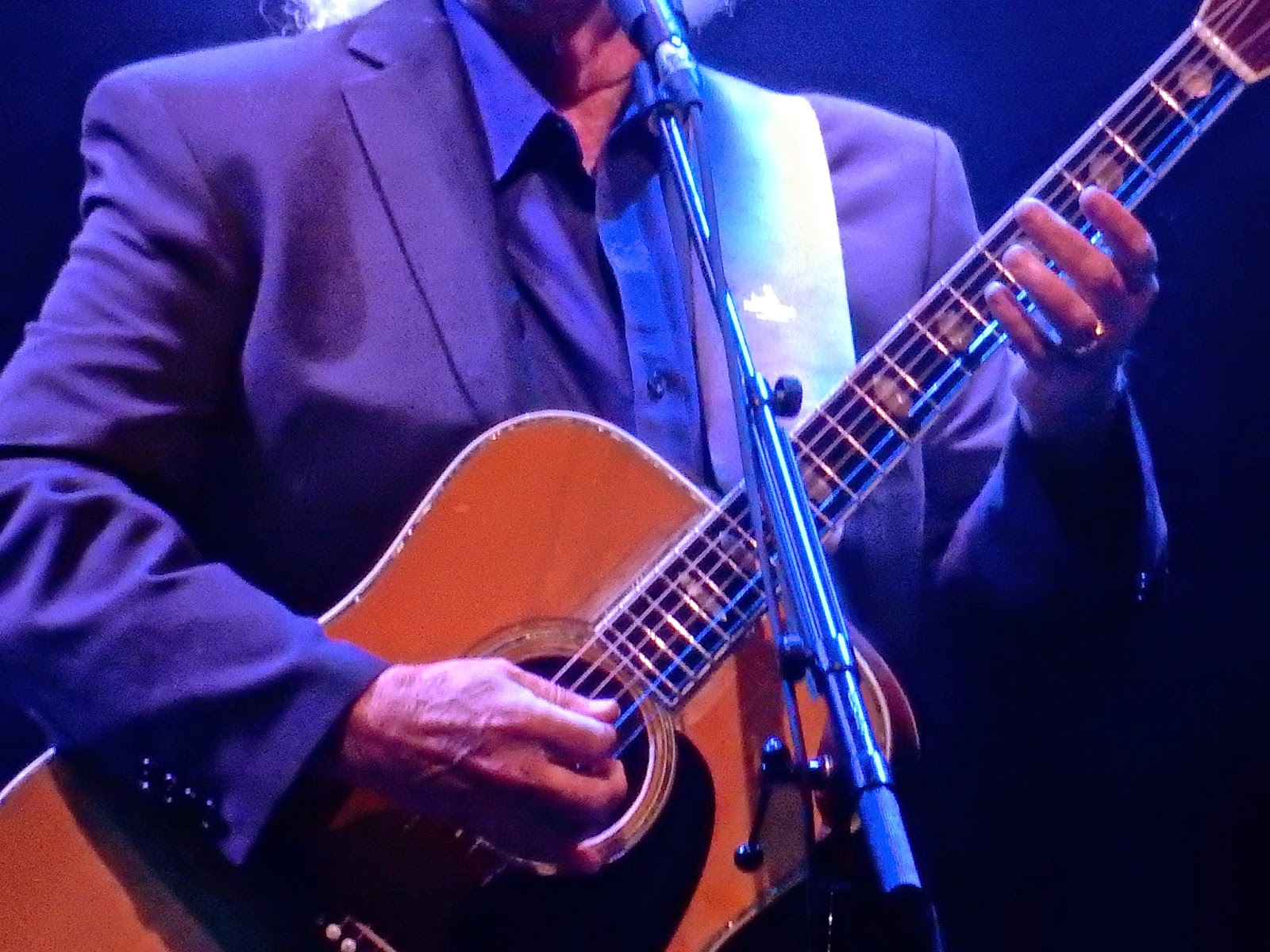 There was some great new work as well.  Crosby said he was terrified as he sang his new What Makes It So. 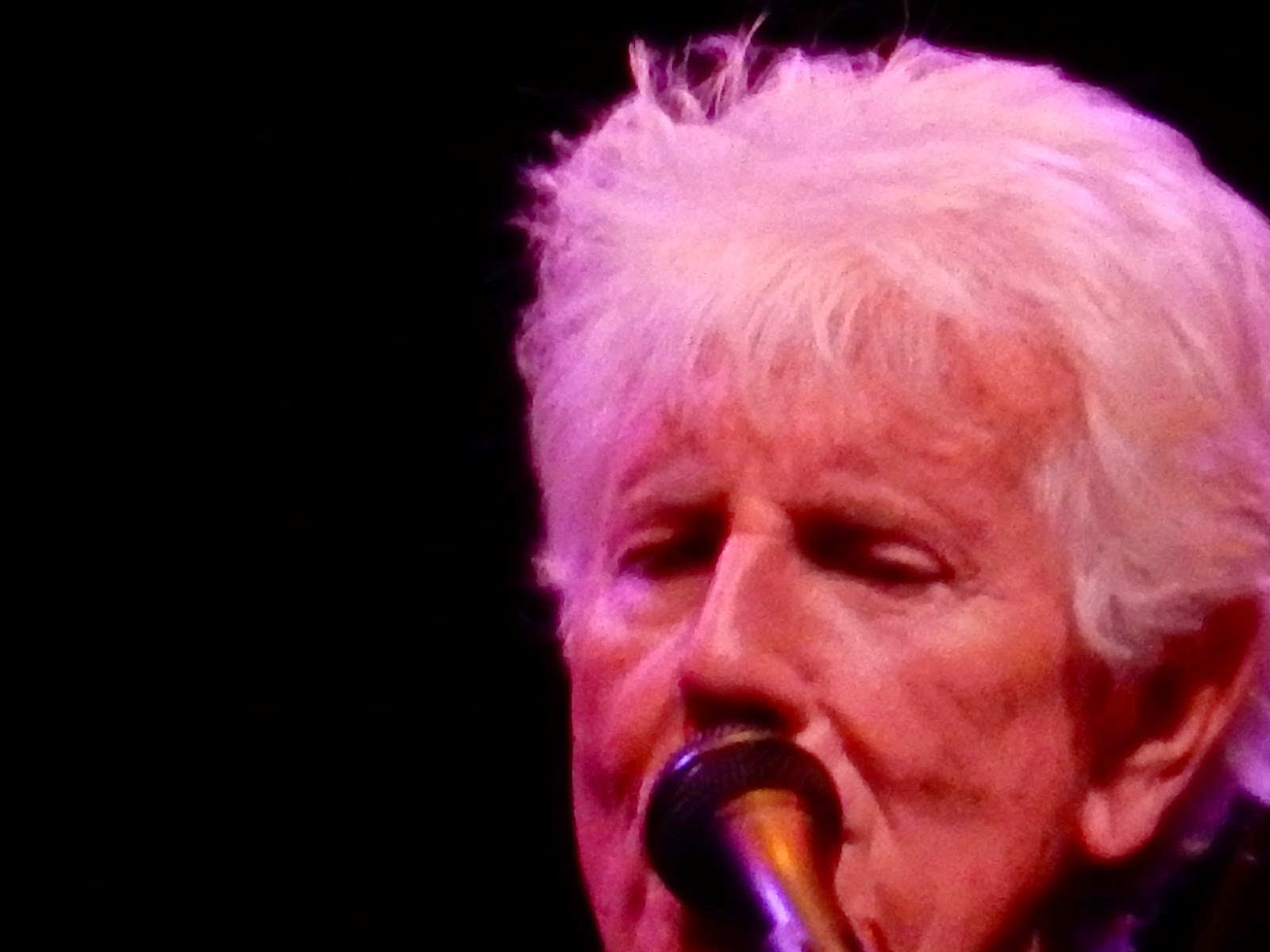 Graham Nash unveiled his powerful new and complexly rich Myself At Last, only his second performance of the multi-layered anthem written with band guitarist Shane Fontayne.
Another emotional high point was Cathedral, preceded by the back story emanating from a youthful journey to Stonehenge and Winchester Cathedral, taking LSD, wandering into a cemetery, feeling a tingling in his leg to notice he was standing on the grave of a young soldier who had died on Nash's birth date in 1799. 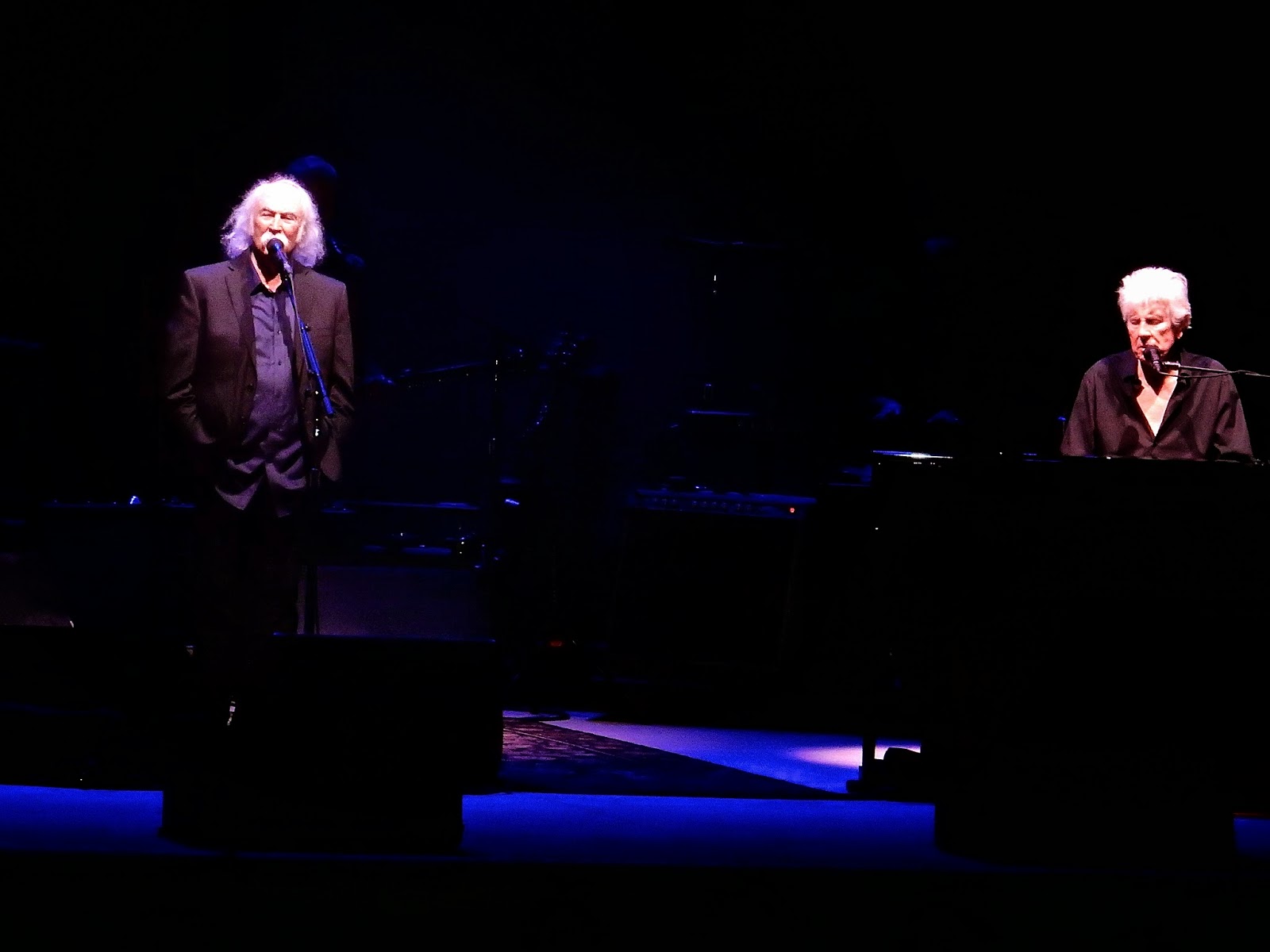 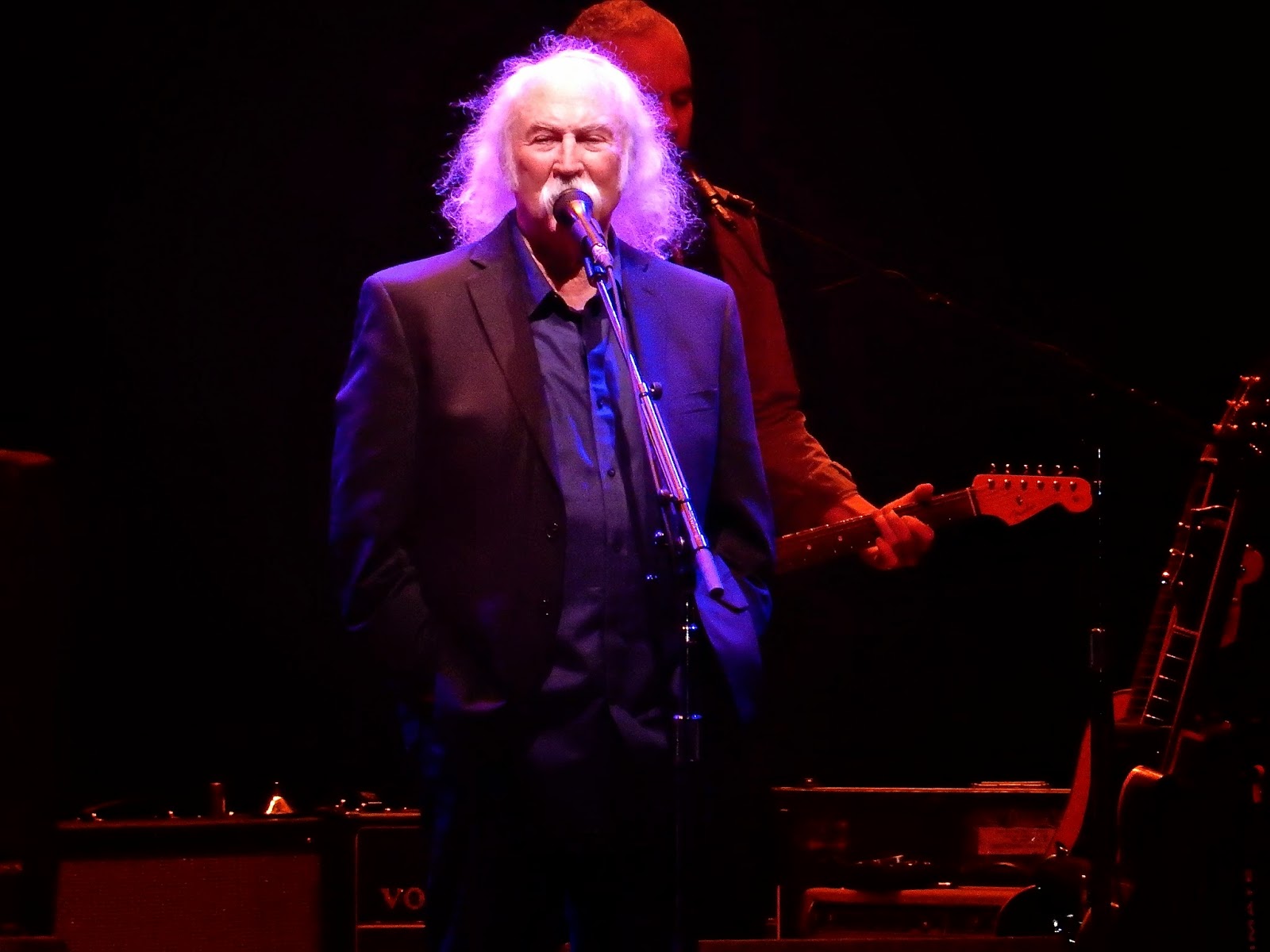 Crosby and Nash took moments to talk politics and peace and as Crosby said a "piece of my mind."
Nash led the highly charged Burning the Buddha which he wrote with keyboardist James Raymond, pictured below. 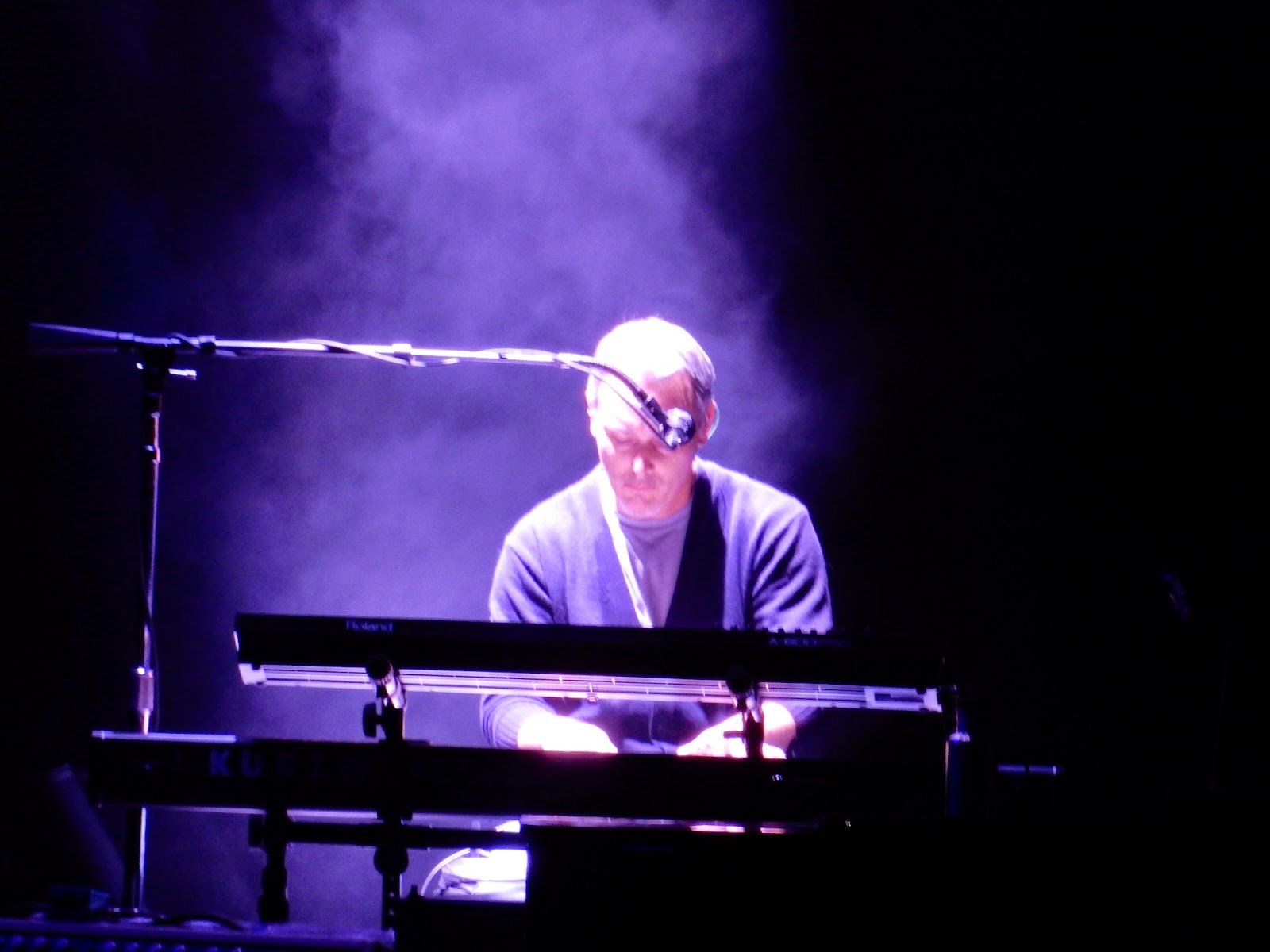 It was inspired by the self immolation of 128 Buddhist priests in the last year, their action in protest to the Chinese occupation of Tibet. 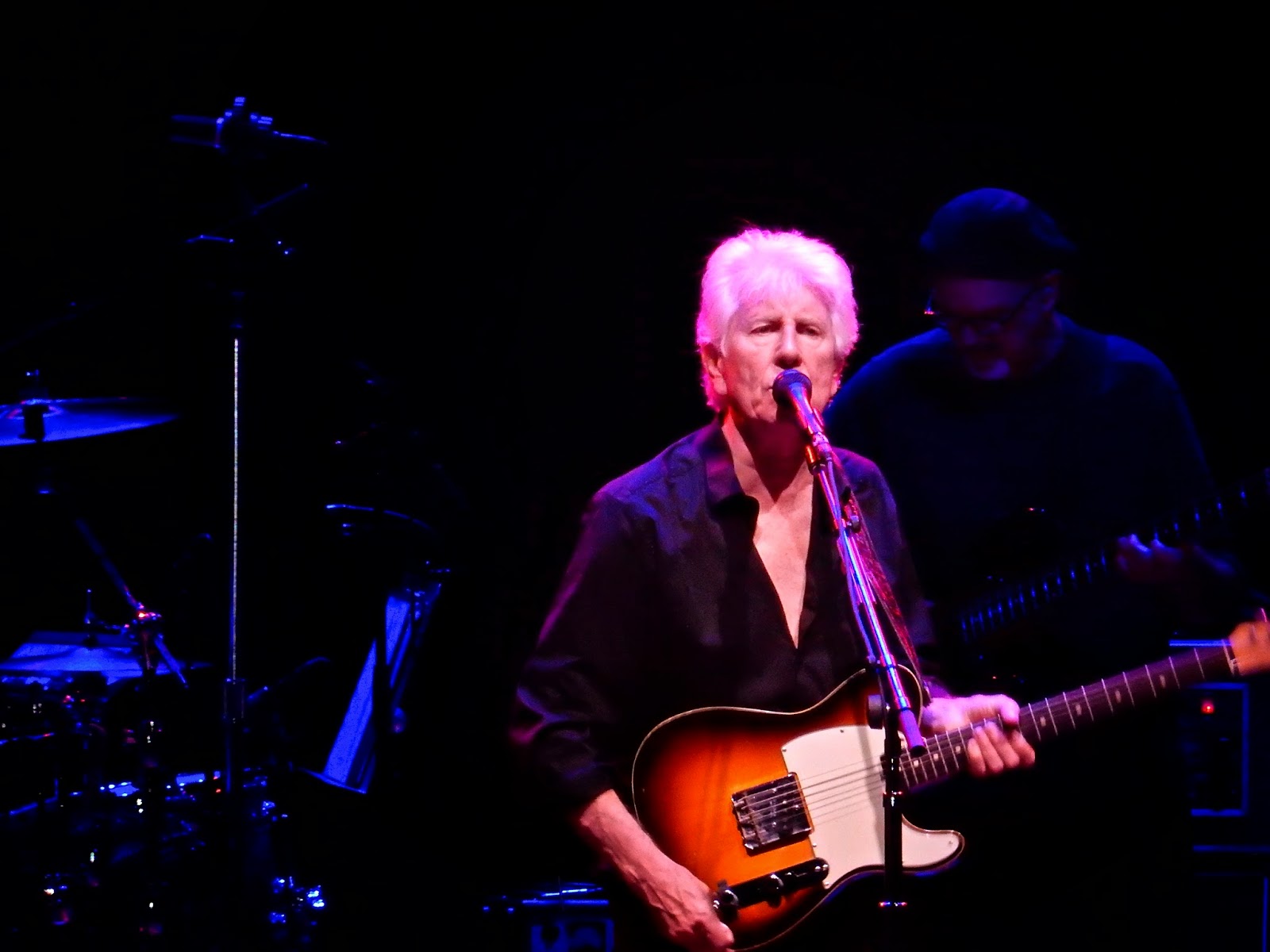 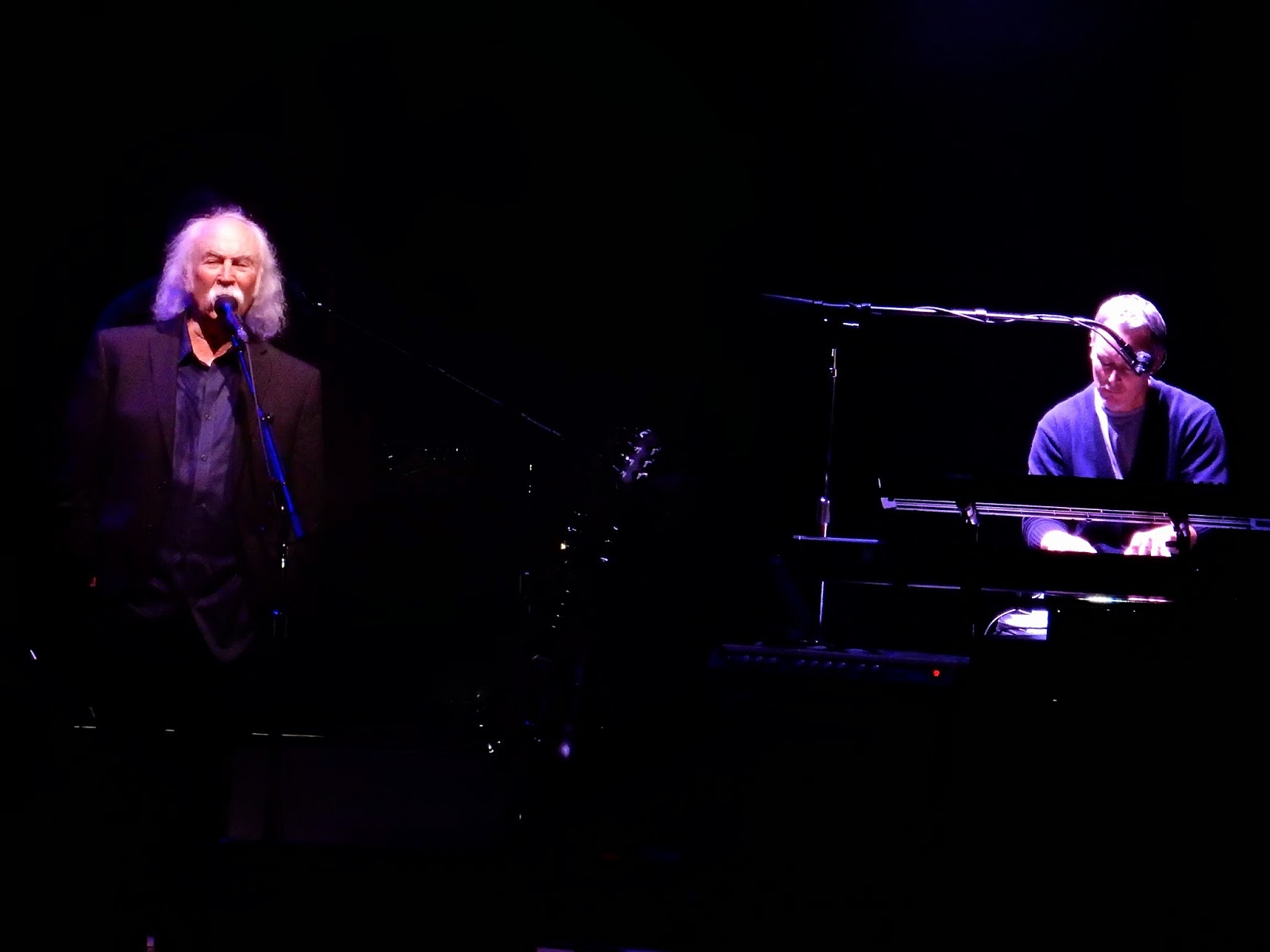 Raymond is a Paso Robles native and is the son of David Crosby.  The political charge remained high as they transitioned from Burning the Buddha to Almost Cut My Hair Today. 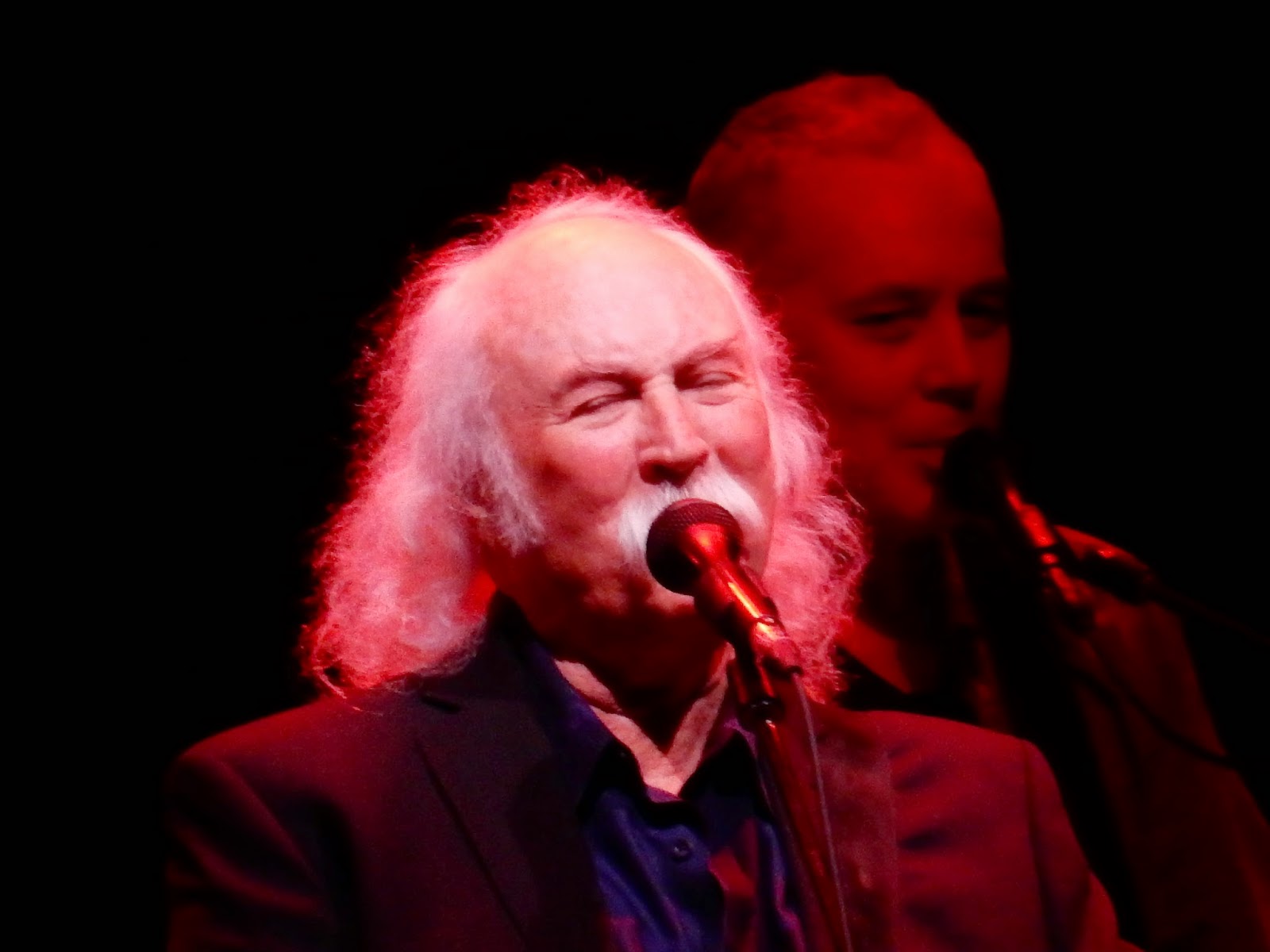 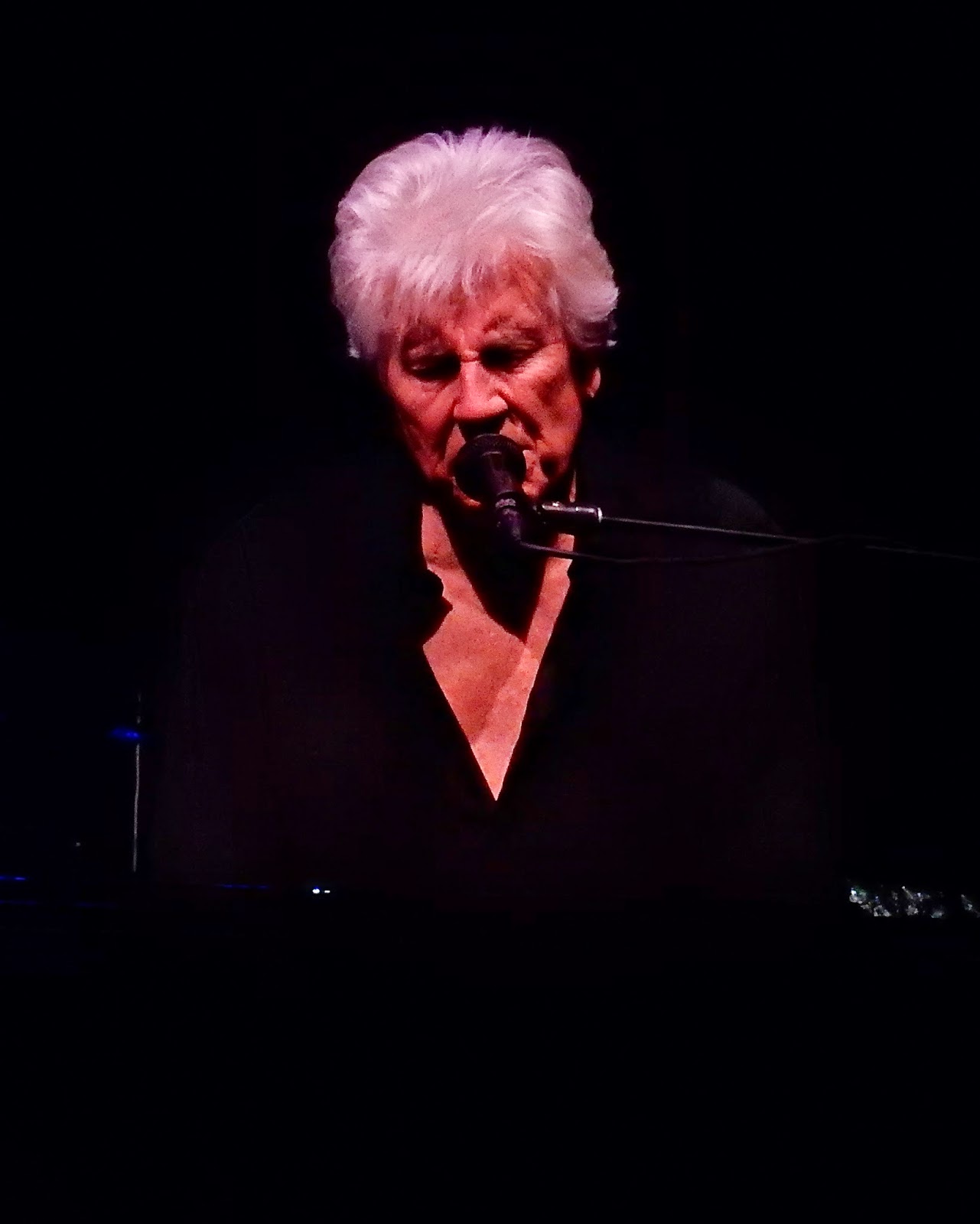 Nash dedicated a song to couples in the audience who appreciated the touching  refrain "here for you."
Touching also was Back Home, a tribute to Levon Helm of The Band. 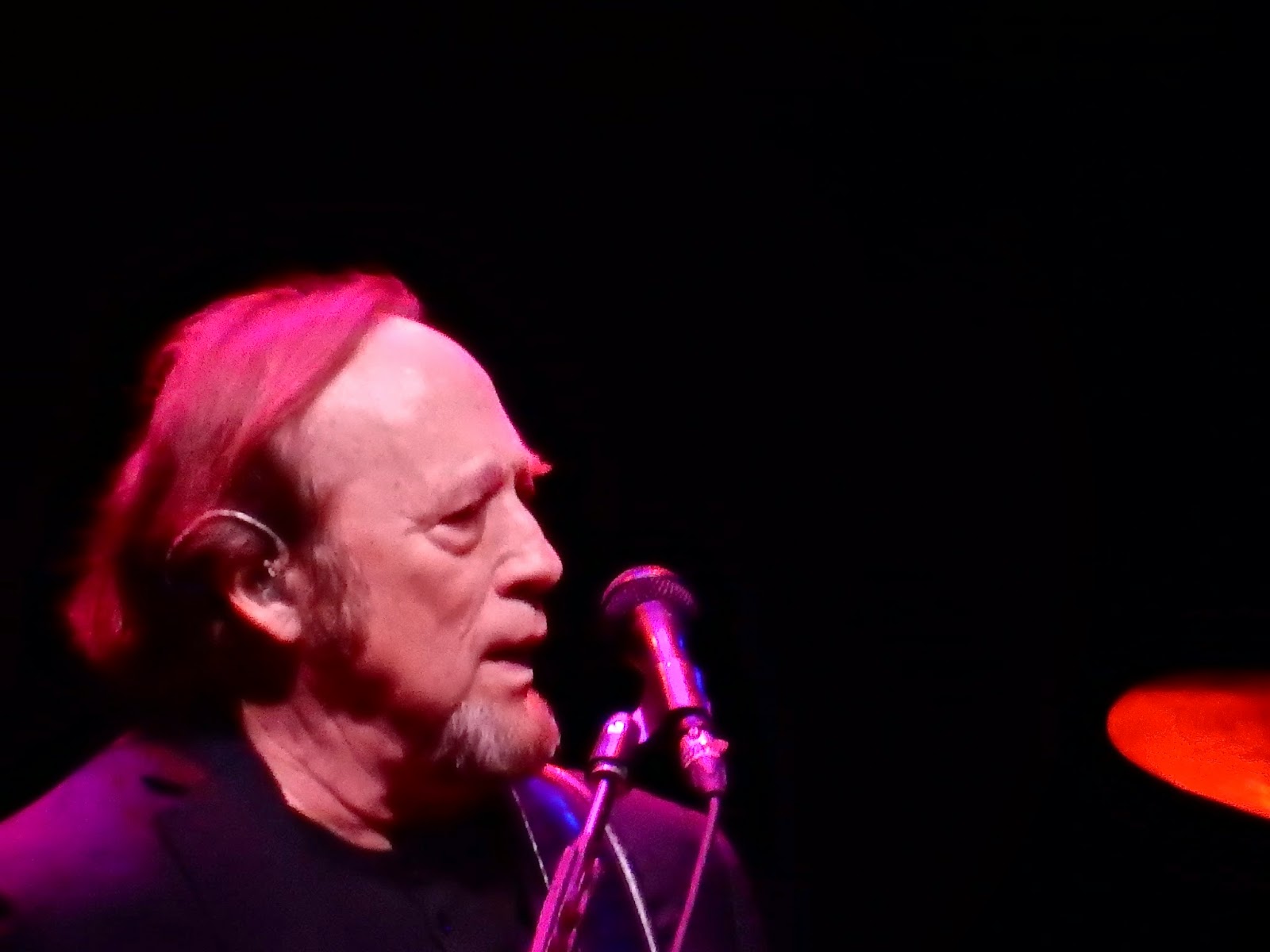 There was a controlled hysteria when they asked to audience to stand and sing along with Love The One Your With. 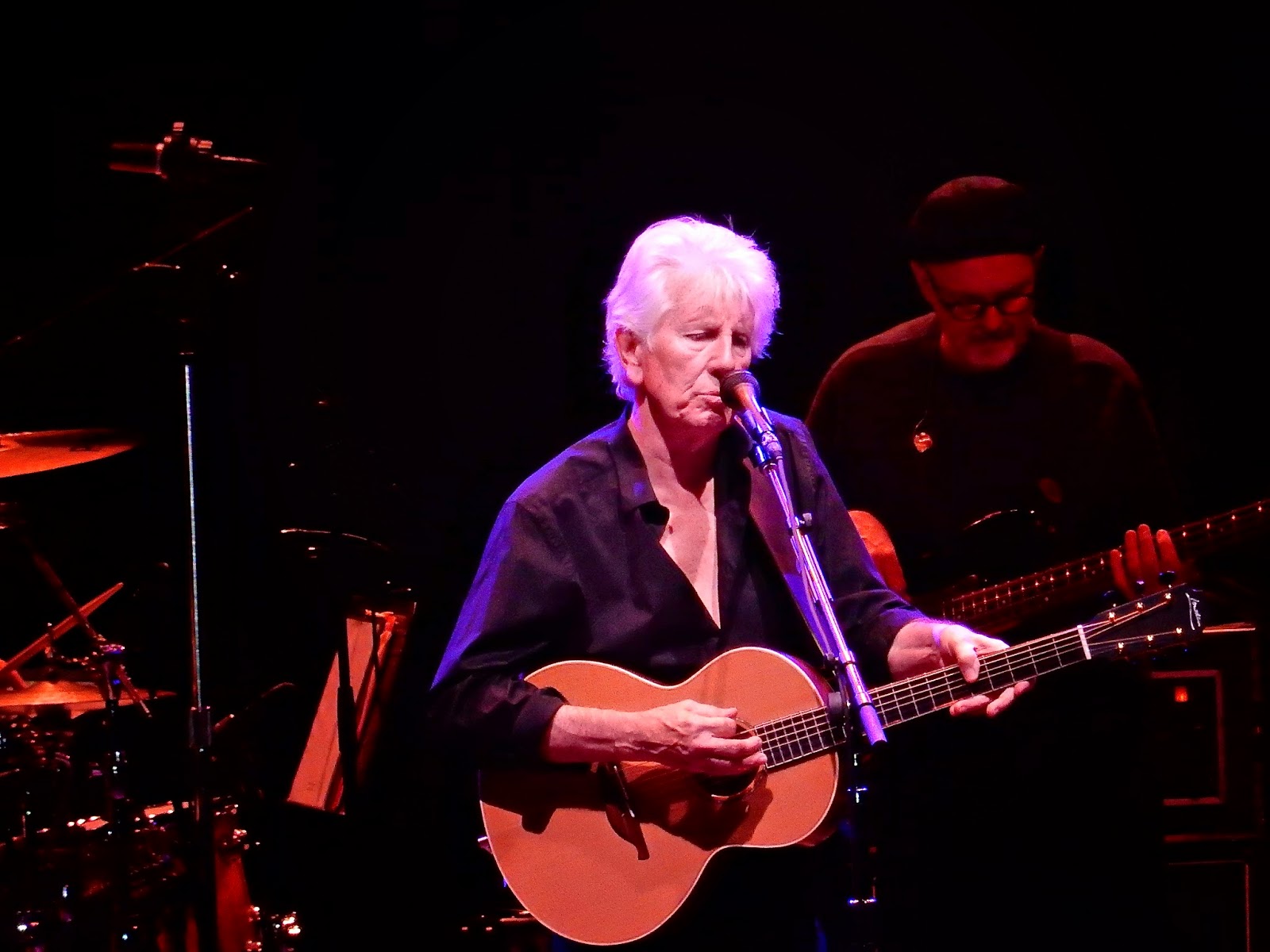 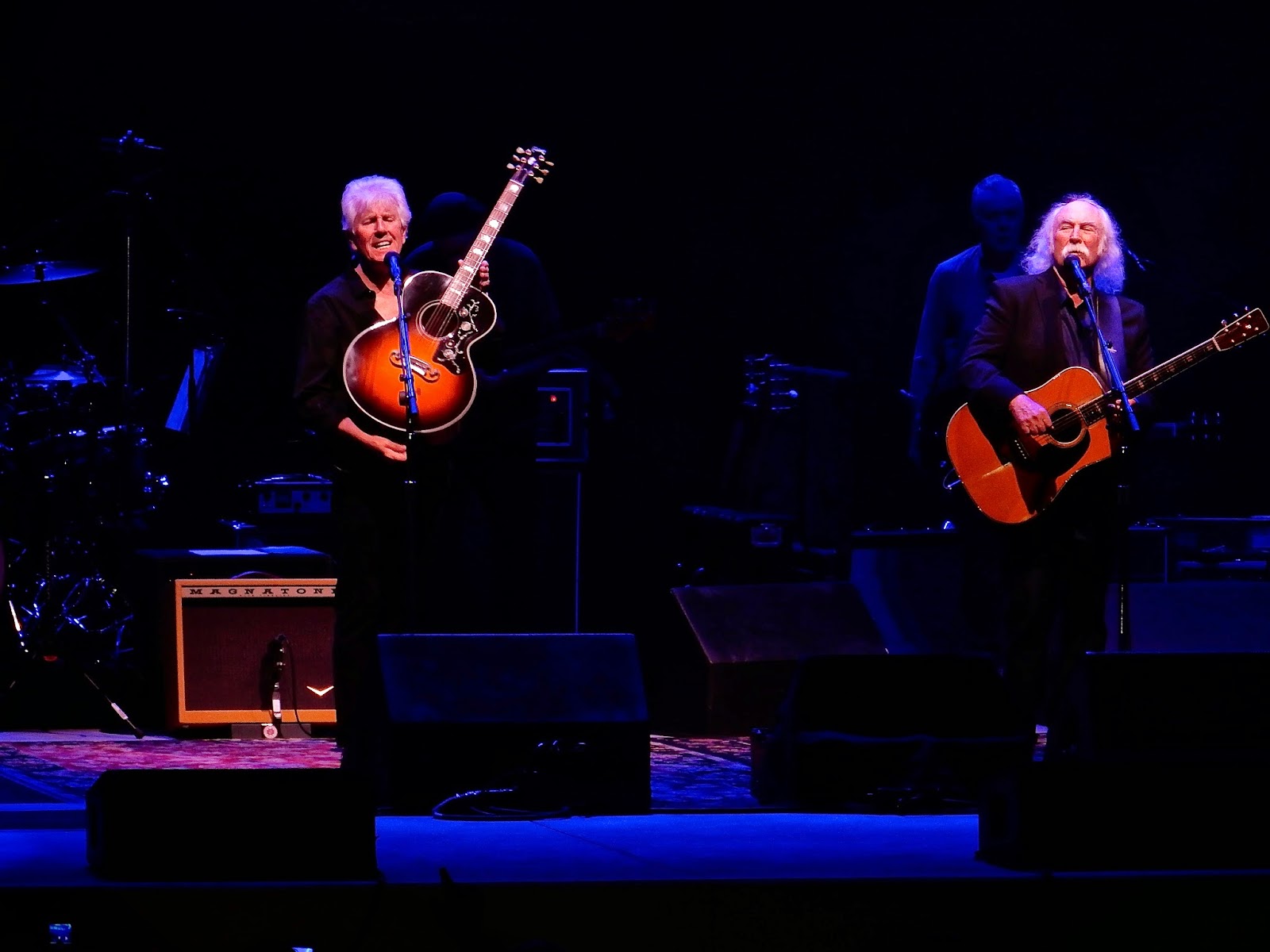 Other players in the band, who Nash said was the best they've had, are Stevie DiStanislao on drums, Kevin McCormic on bass, Todd Caldwell on Organ along with Fontayne on guitar and Raymond on keyboard.
I've never heard CSN sound so good.  Many others were saying the same thing.  Masters, at the top of their game.
A night to remember.

See you down the trail.
Posted by Tom Cochrun at 1:07 PM