THE AIRLINER MYSTERY and A THUNK ON THE HEAD

THE WORLD'S ATTENTION
It's the kind of mystery most of us connect with. We could imagine ourselves or a loved one being on board. We are surprised to learn despite, our presumptions, it is easy to lose an airplane. Those transponders, radar blips, engine tracking computers, air control towers, radio frequencies and etc. are more tenuous than we might like to think about.
Coffee chatter in Cambria is no more informed than anywhere else, but we are populated by pilots-civilian and military, airline employees, engineers, frequent travelers with well used passports and some well informed folk. So the local buzz is hot.
"It was an inside job."
"Someone knew how to cut all of the plane's signals."
"It landed somewhere before the search began."
"Some one hacked into the guidance systems."
"It went down in deep water."
"Maybe it was like a Bermuda Triangle thing."
And on and on and on.
It's odd how some things grab the world's attention.  Ukraine, Russia, Crimea, violent weather, Venezuela, stock prices and more are there to occupy our minds, but the missing plane trumps them all.
An unresolved mystery can not be ignored, even if we supply, mostly, conjecture, guessing and whole cloth fabrication. It keeps the talkers talking and the listeners wondering.
THE EUCALYPTUS ATTACK OF SAN SIMEON
Frequent readers know about our Friday lunch flash mob that assembles each week below the famed Hearst Castle. It's like a continuing lunch hour confab. 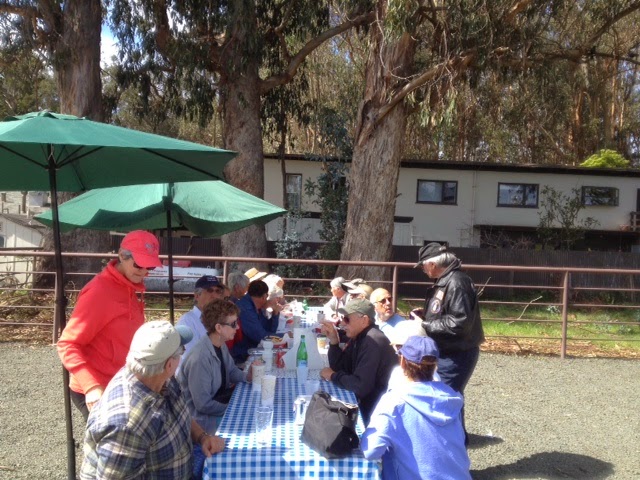 Notice those Eucalyptus trees in the background? 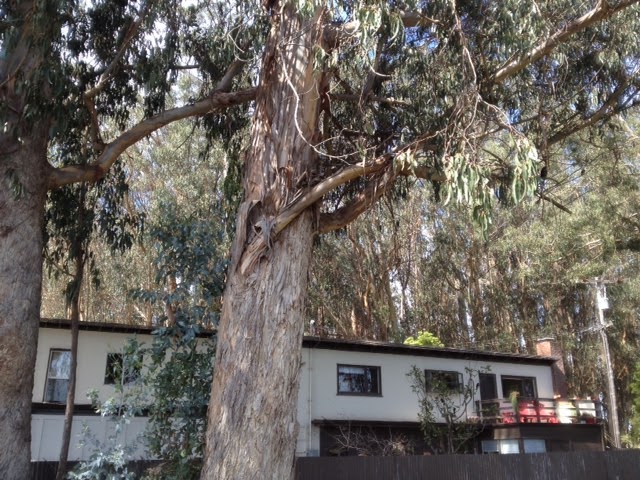 Well, one of them decided to offer up a branch to the assembled luncheon mob. 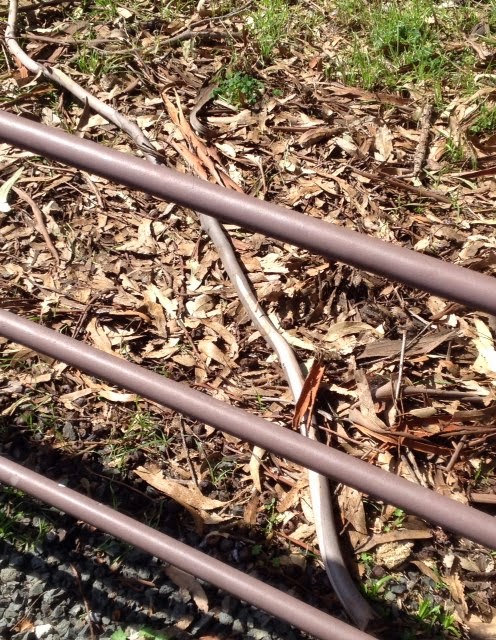 Trouble! It came down directly on Lana's head and Diane's face and Ruth's arm. 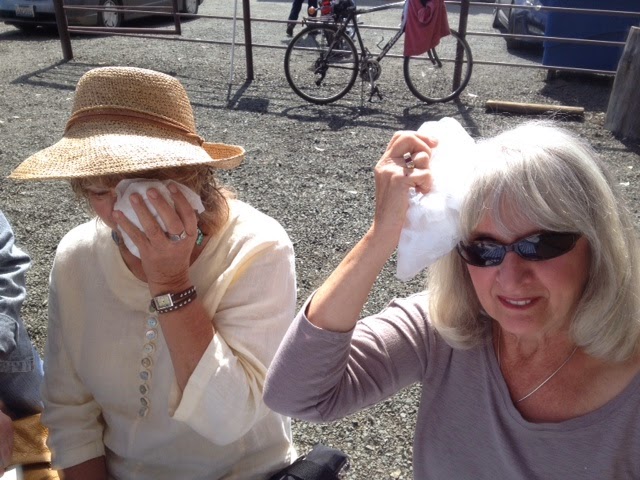 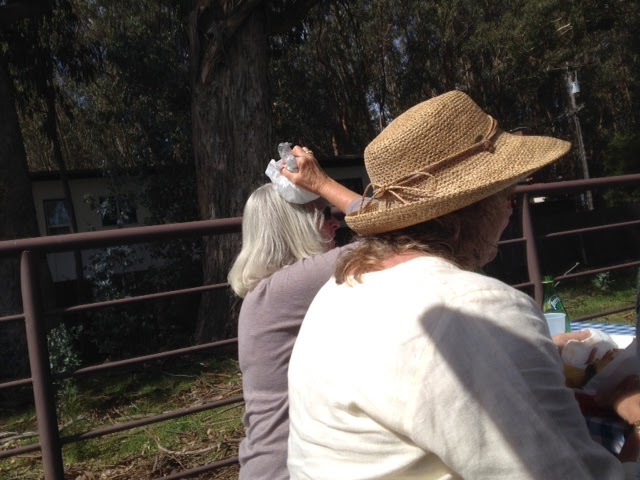 Lana has a knot on her head and a headache.  Diane may end up with a shiner. She thinks the cut on her lip could limit her kissing time.
And then at a neighboring table, temporarily unoccupied, food left in the basket, a thief swoops in and makes off with a sandwich while an accomplice ends up empty handed, or beaked, as it were.

Some of life's turns are easier to take than others. And in some, you find gold. 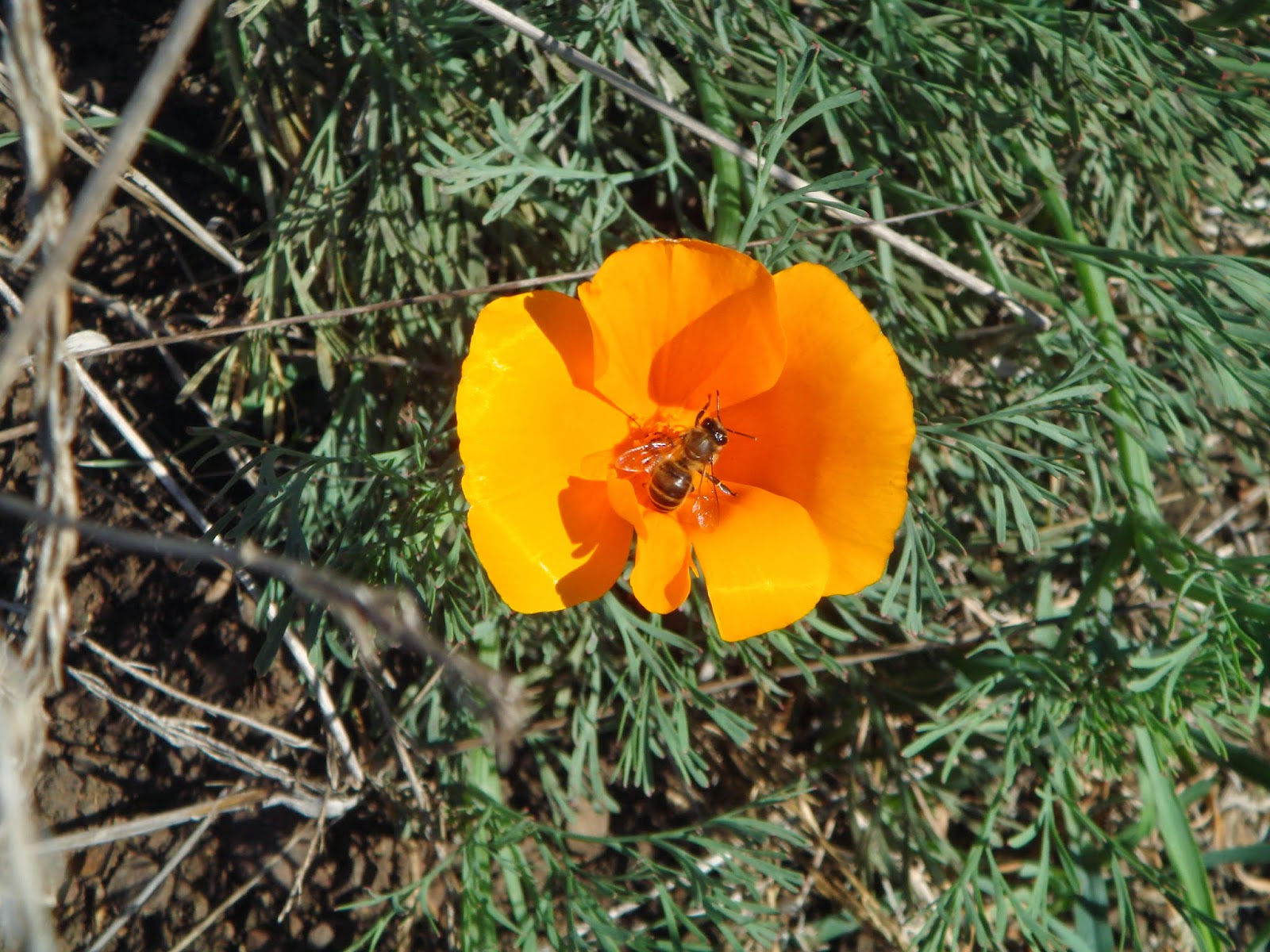 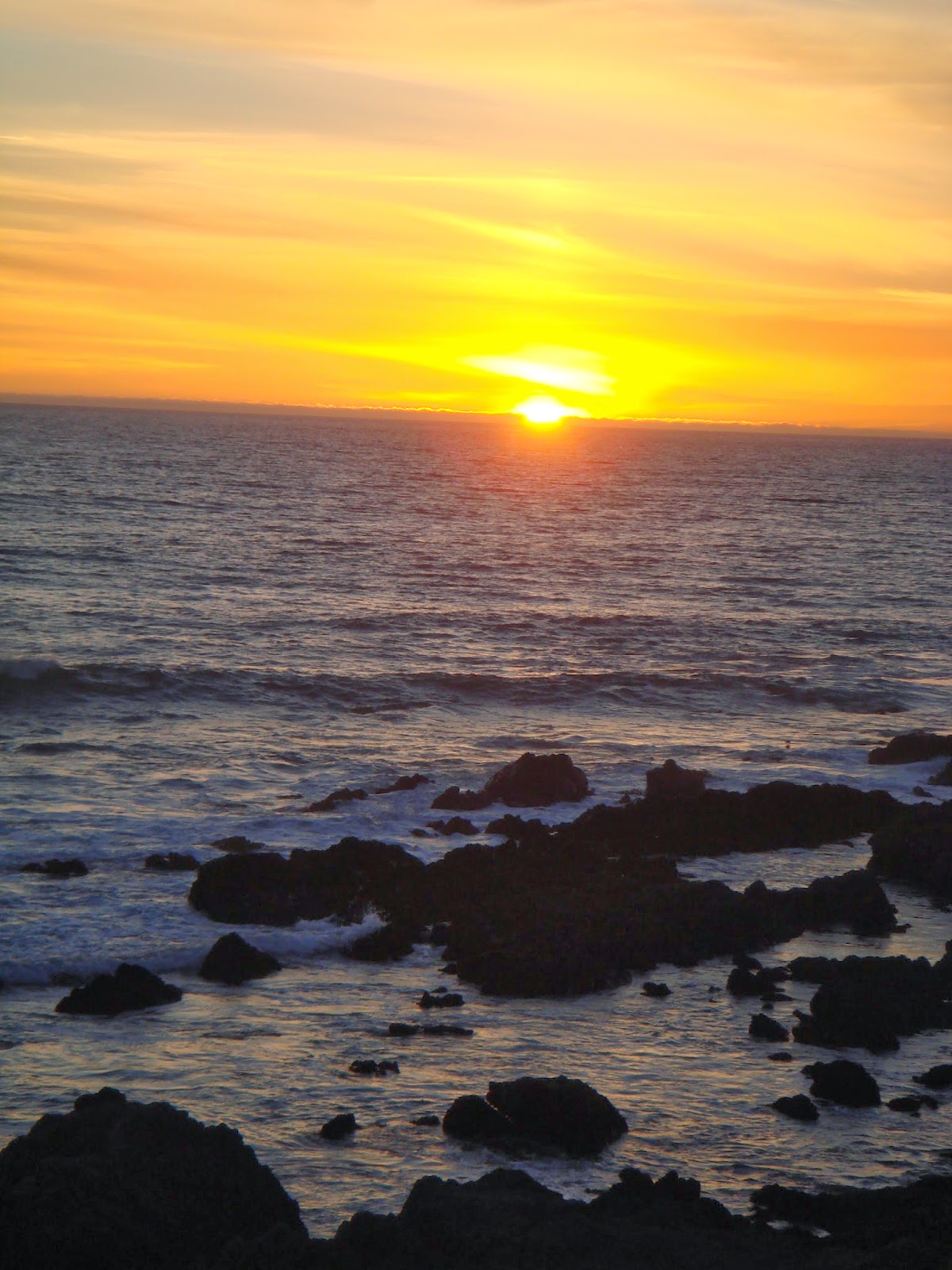 See you down the trail.
Posted by Tom Cochrun at 2:07 PM