Since our move to California Cambria friends have sung the praises of the Indian Wells Tennis tournament in the southern California desert. Now we understand. 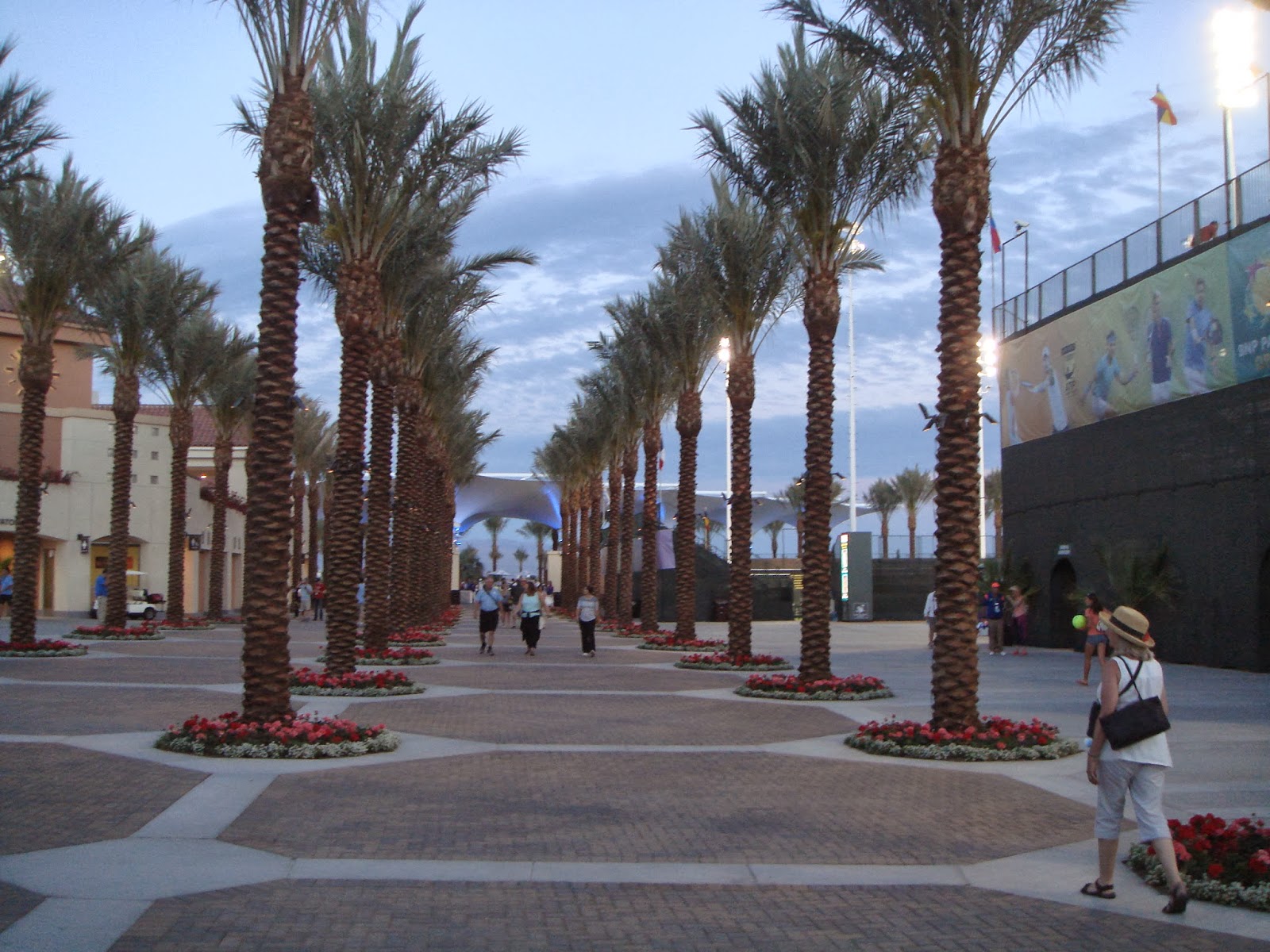 A remarkable tennis oasis and "theatre." Stadium 1 is new. 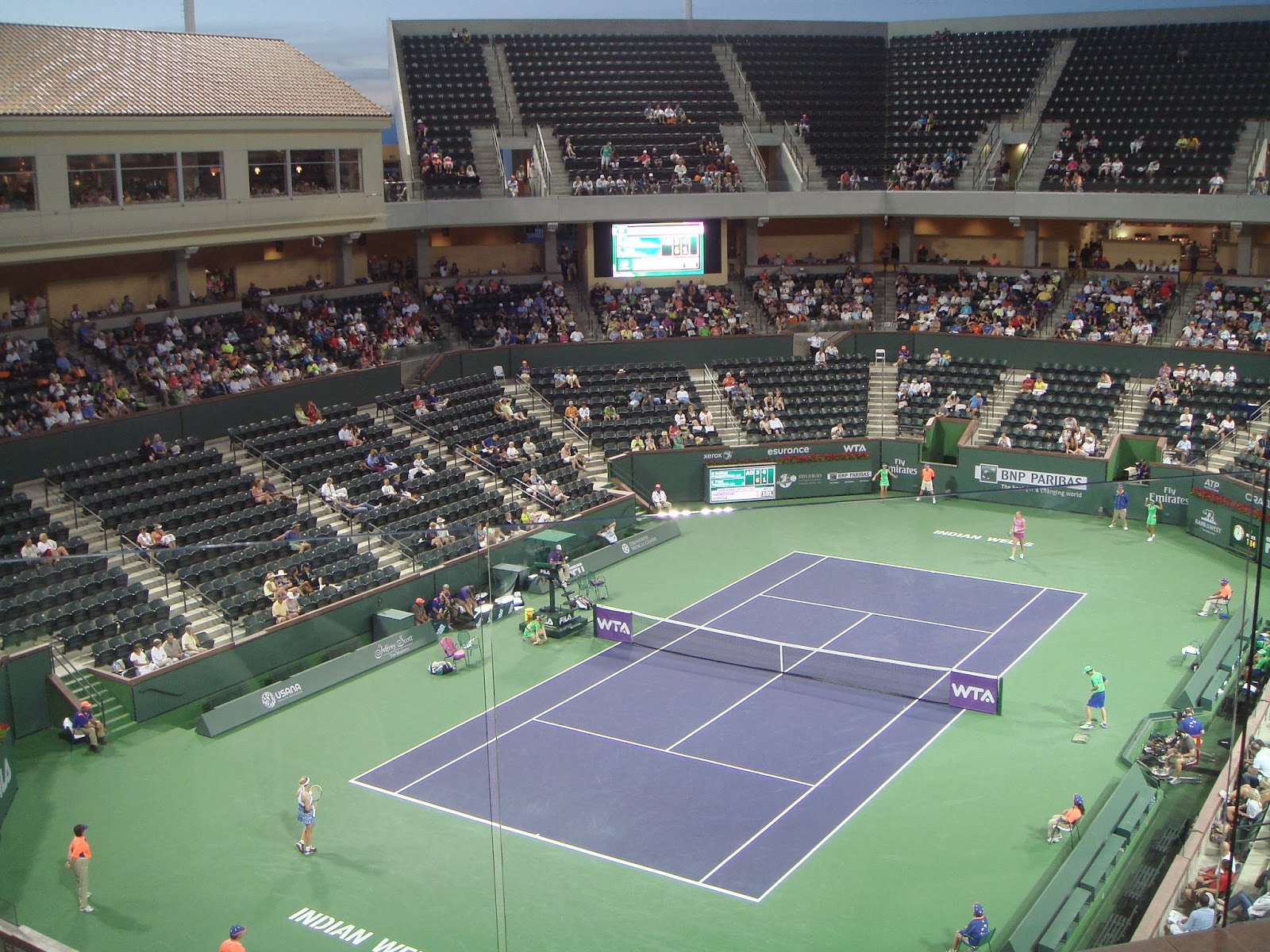 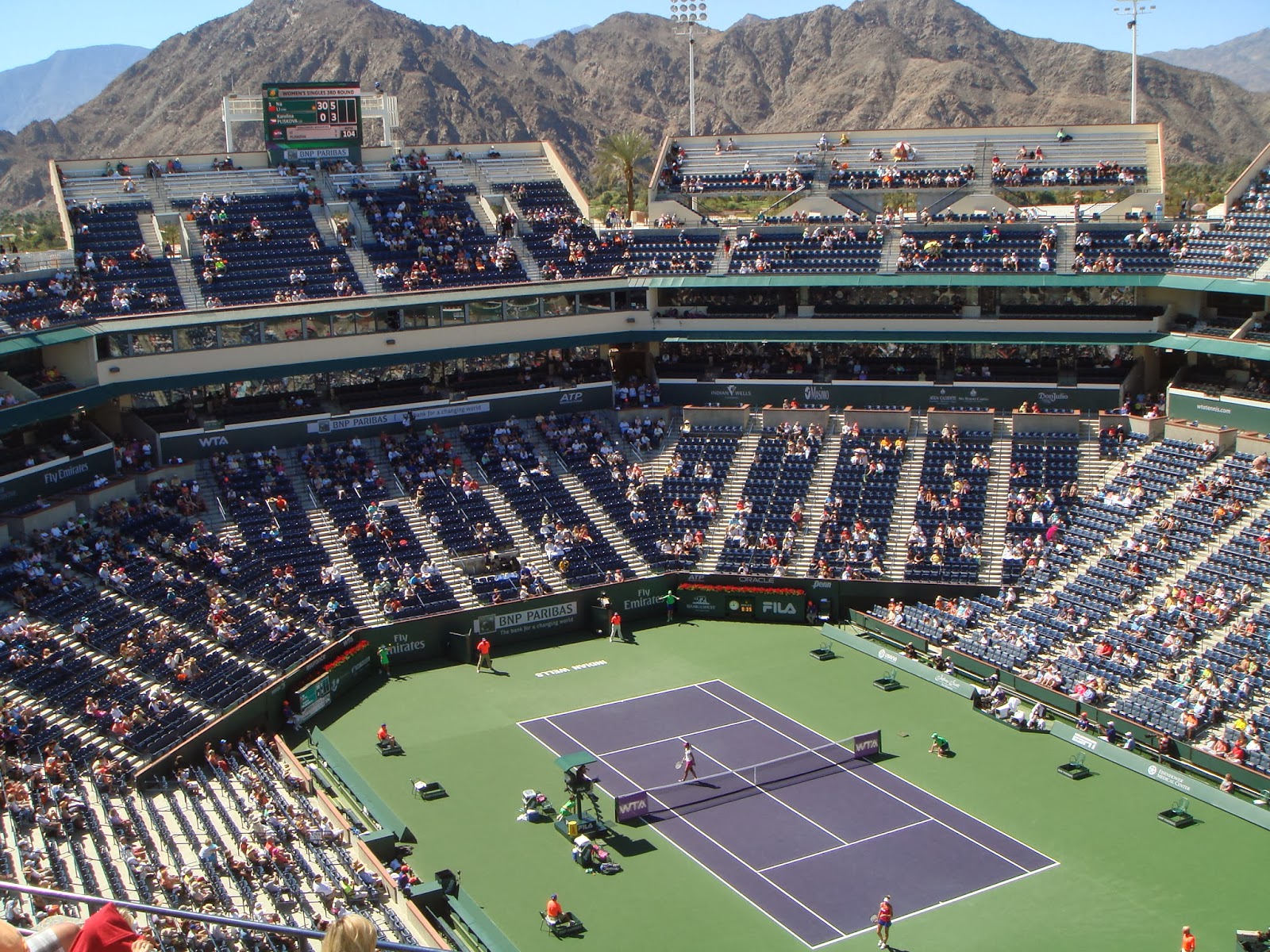 and several smaller stadiums, all blessed with stunning views. 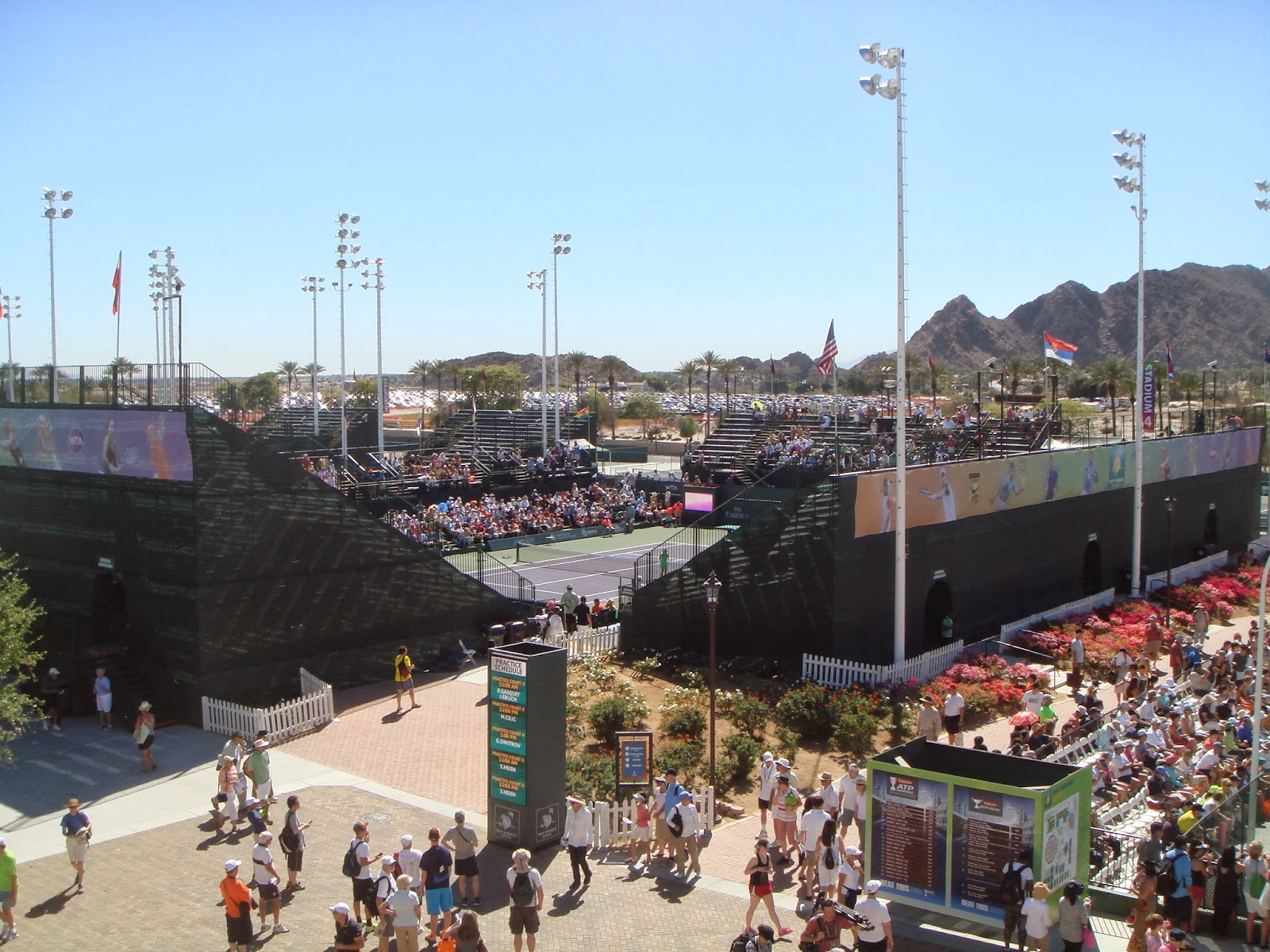 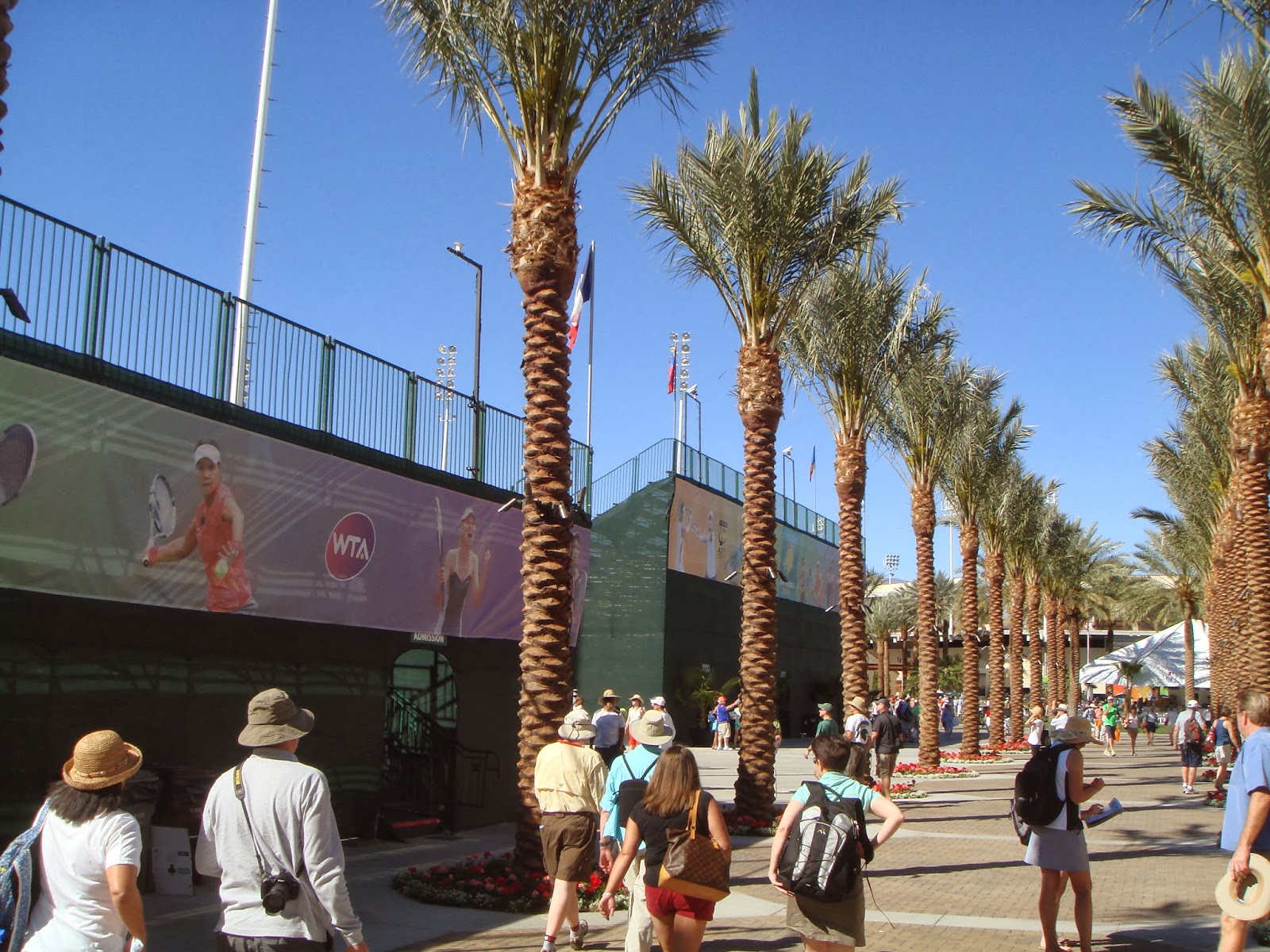 A complex of practice courts put you up close and personal
with the game's stars. 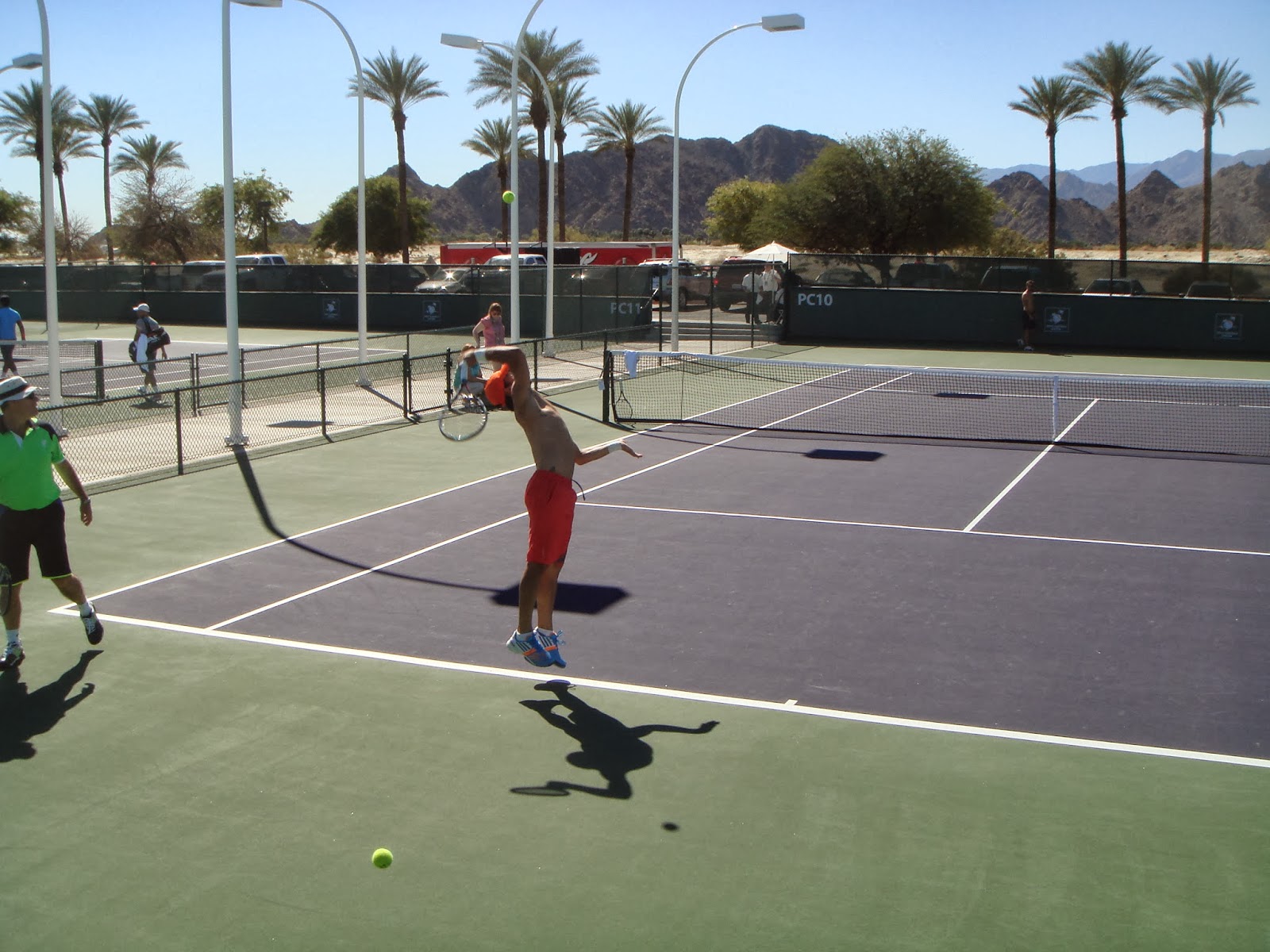 Below Australian Open Champ, and number 3 in the world Stan Wawrinka tunes up. 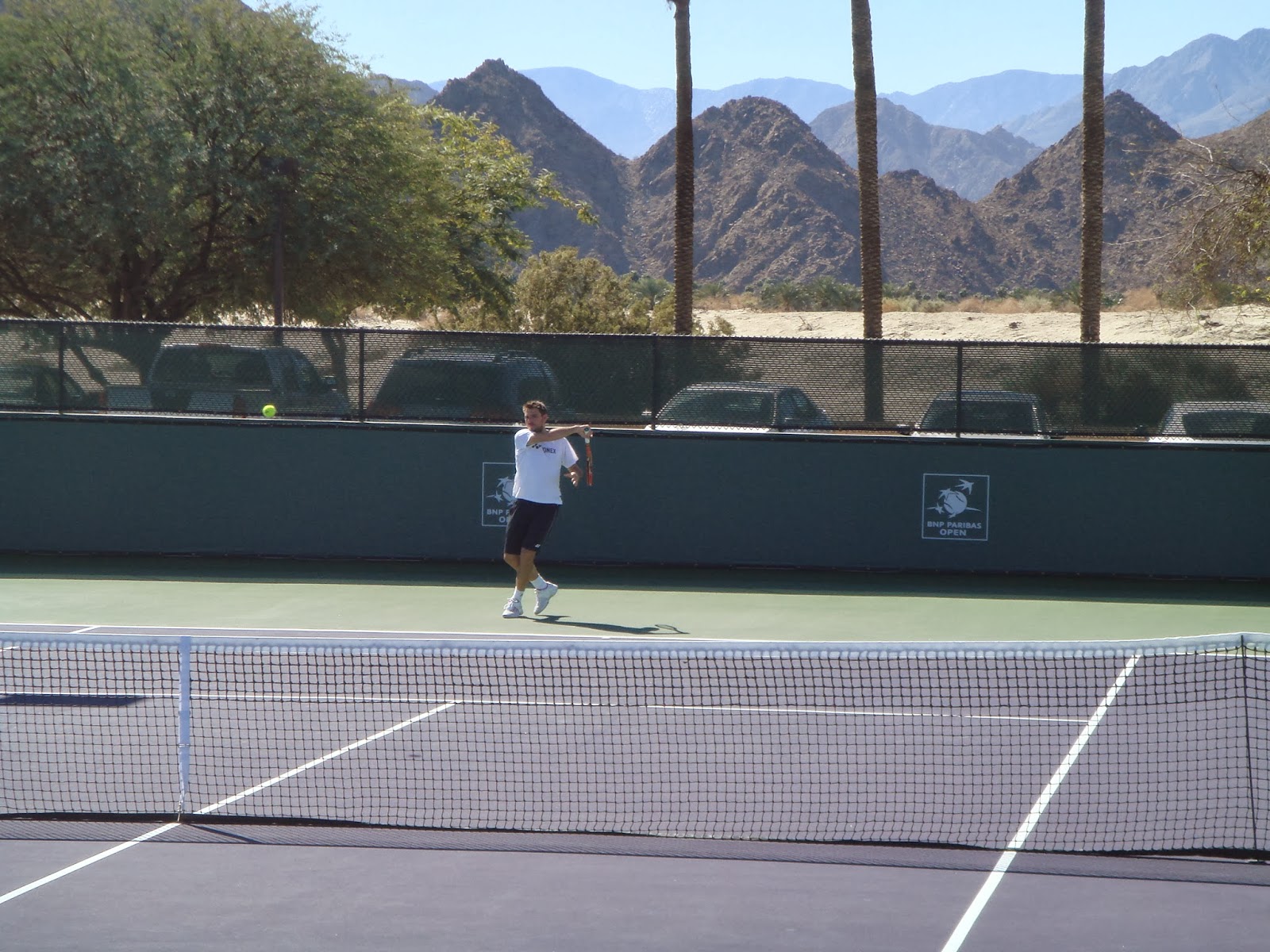 The close access to the game's headliners is a benefit of Indian Wells. 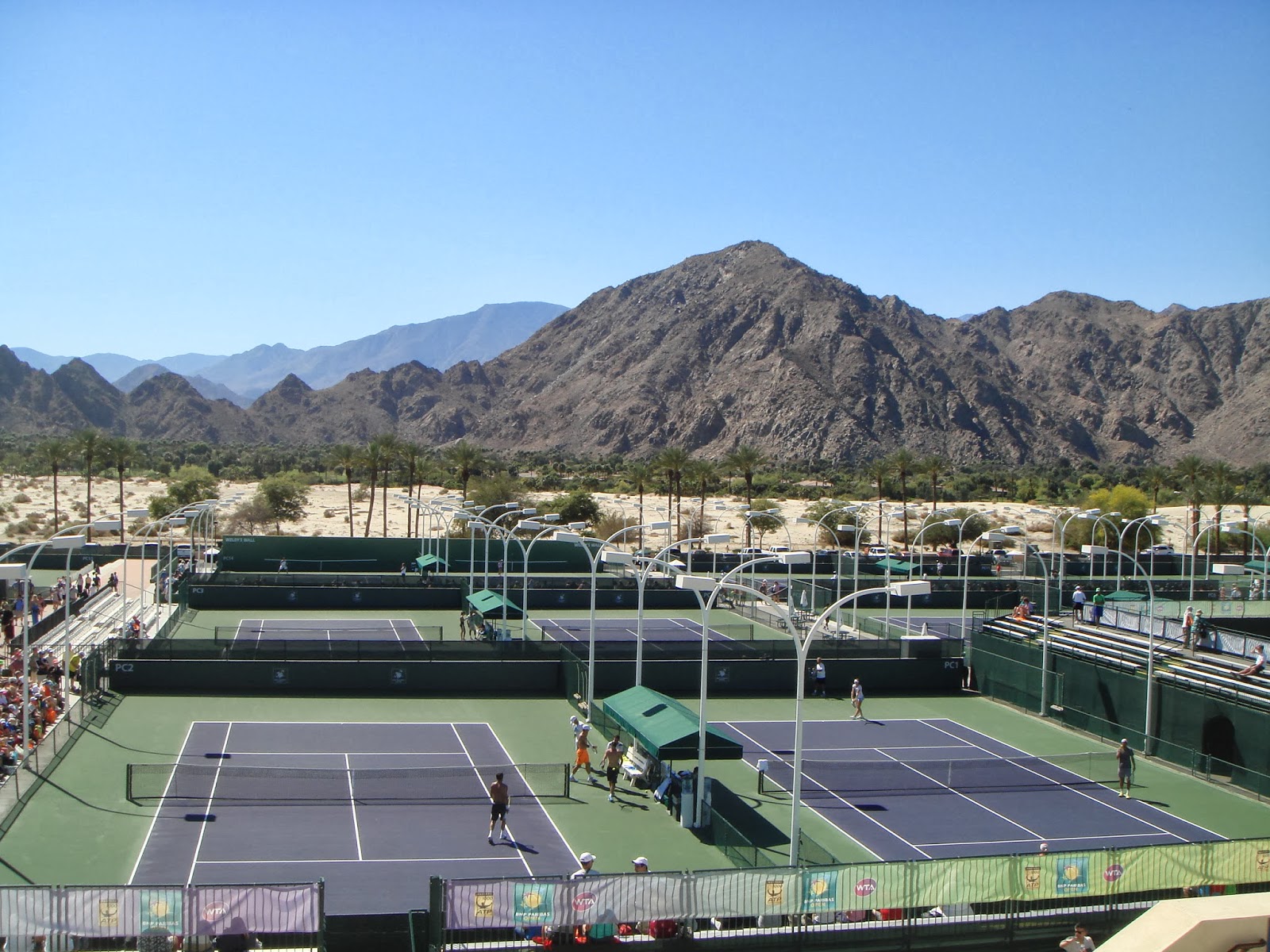 Amenities abound in the Tennis Garden. 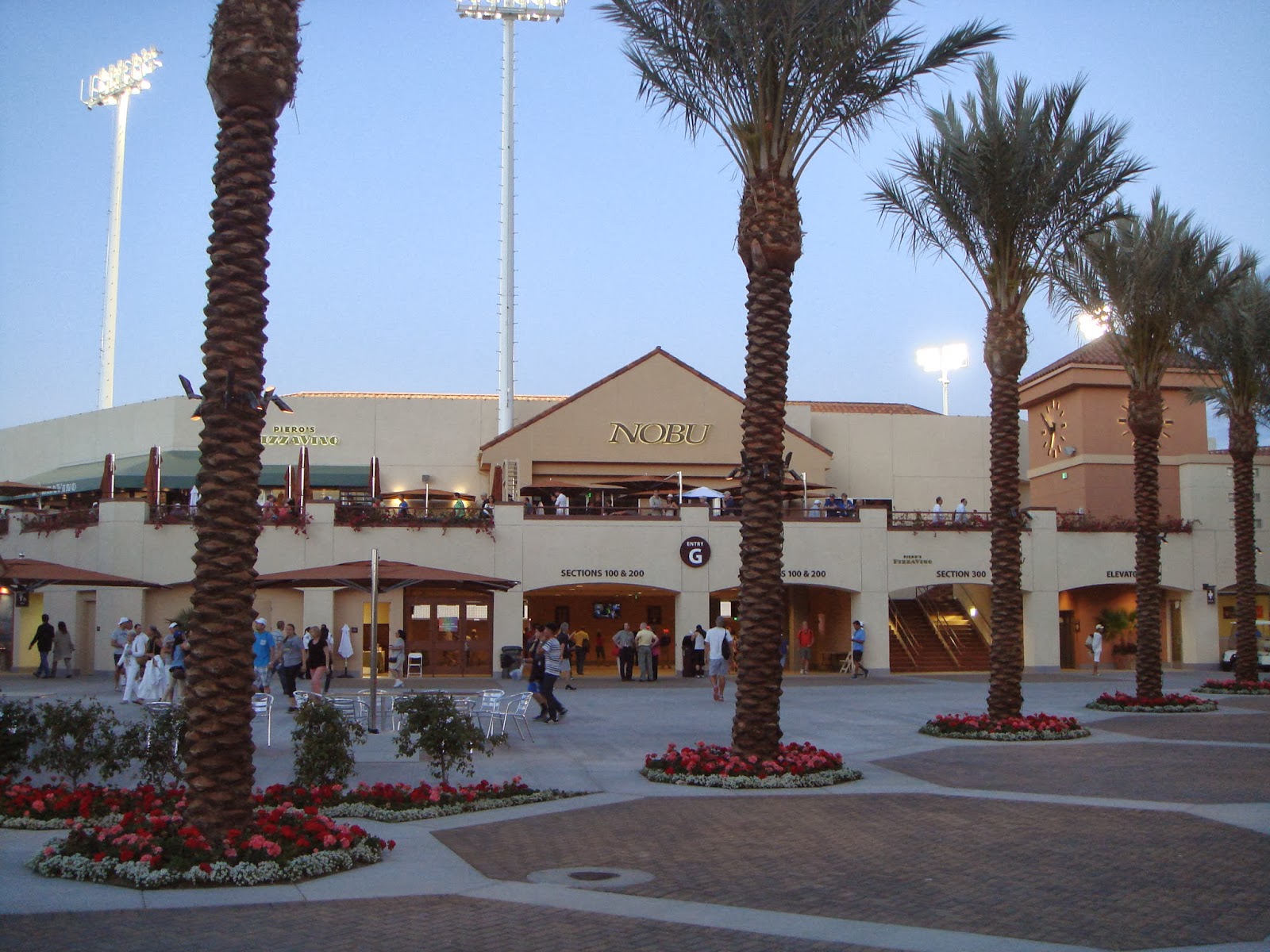 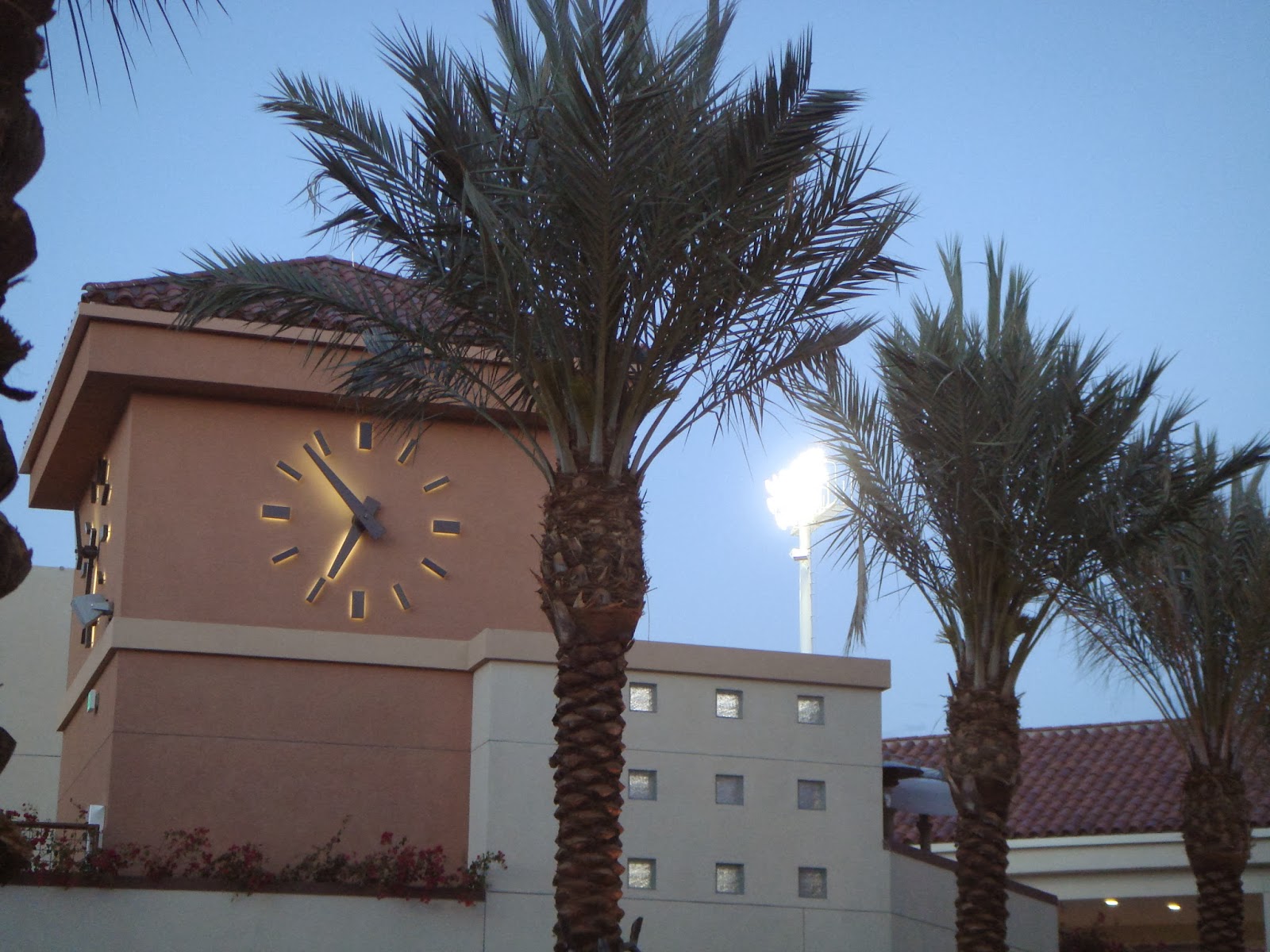 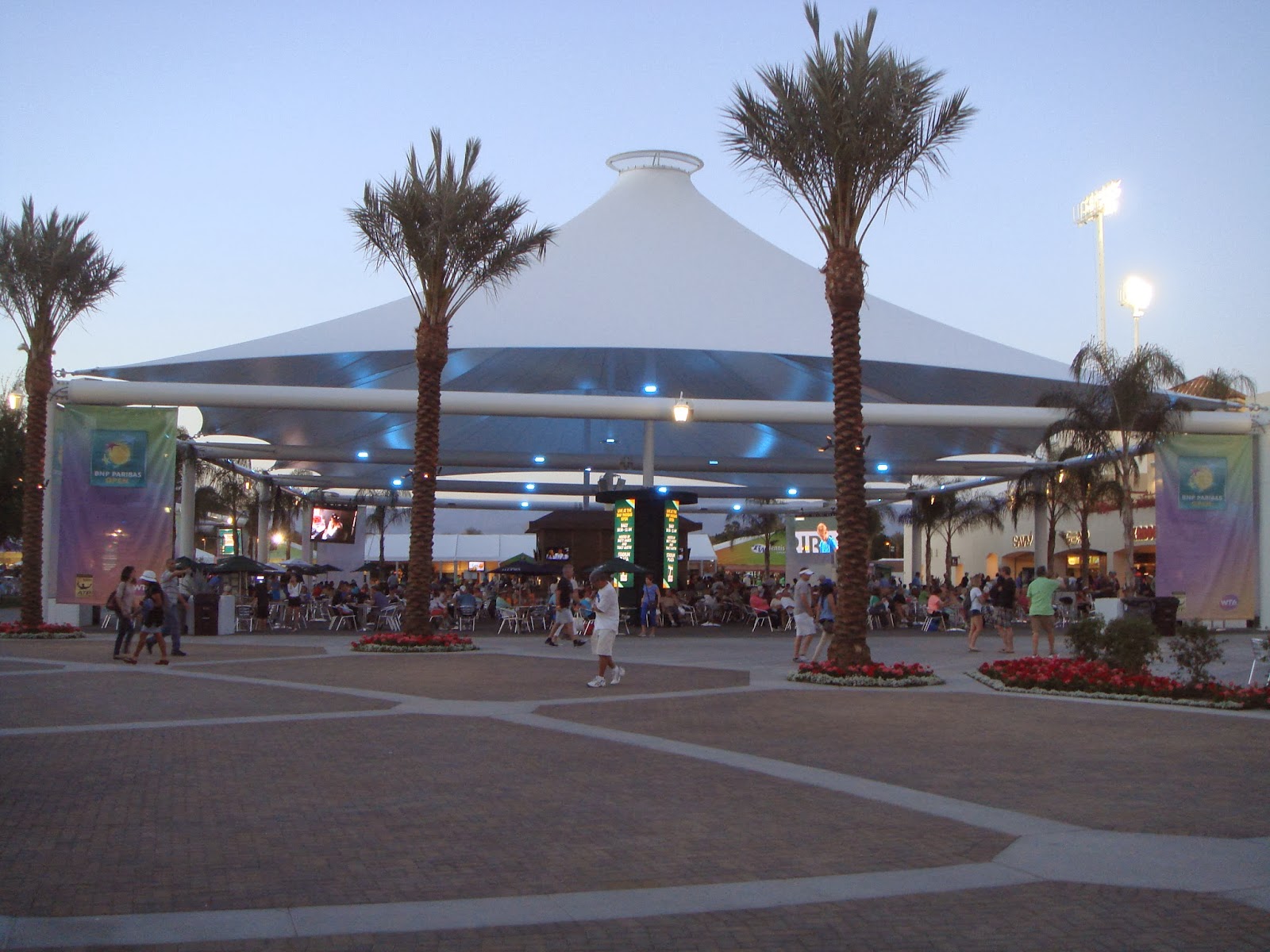 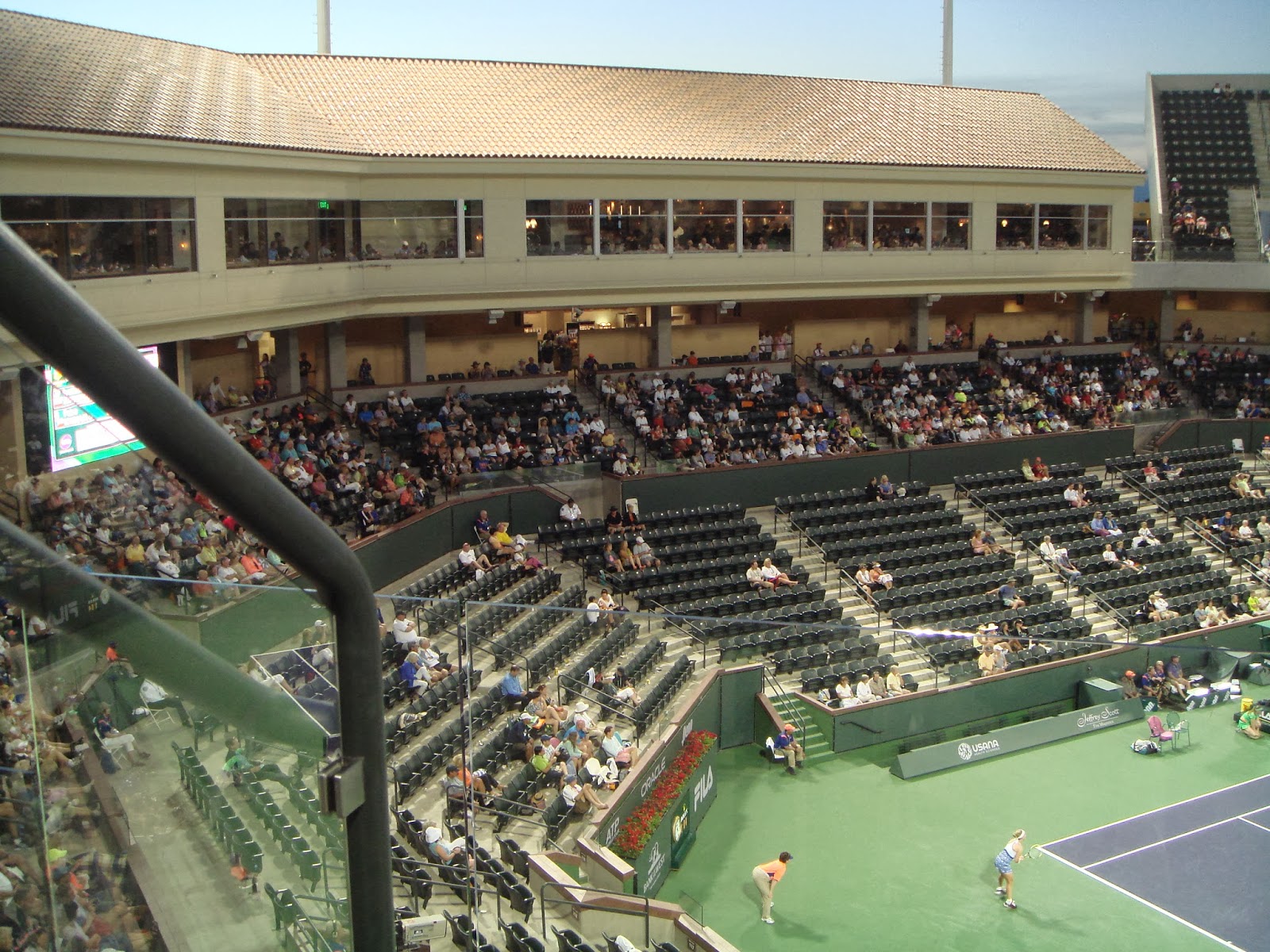 The great thrill for fans is of course the action on the court. Roger Federer, on left below, is one of the game's all time greatest. 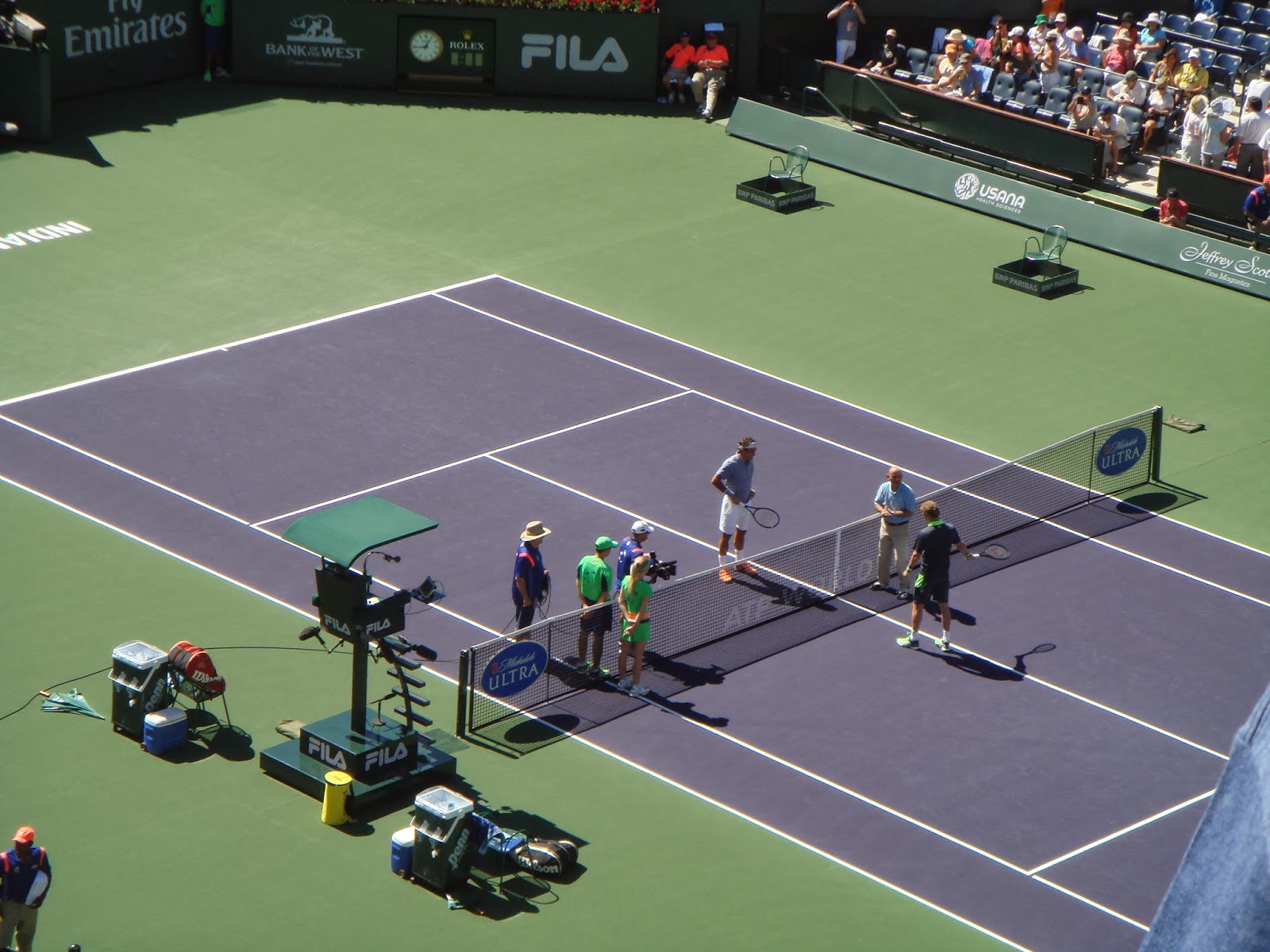 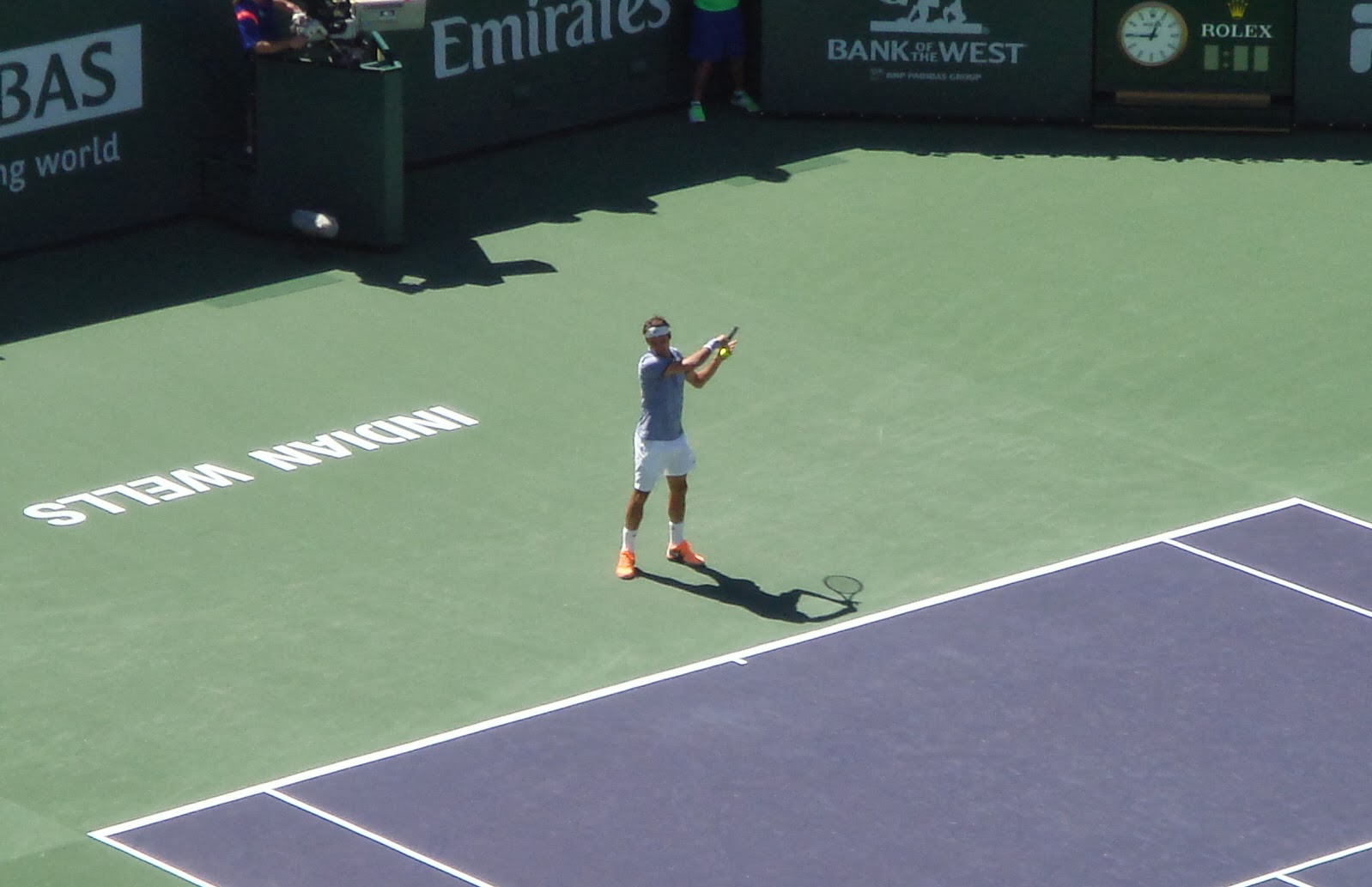 As impressive as Rafa Nadal is on television, he is even more so live and in person. 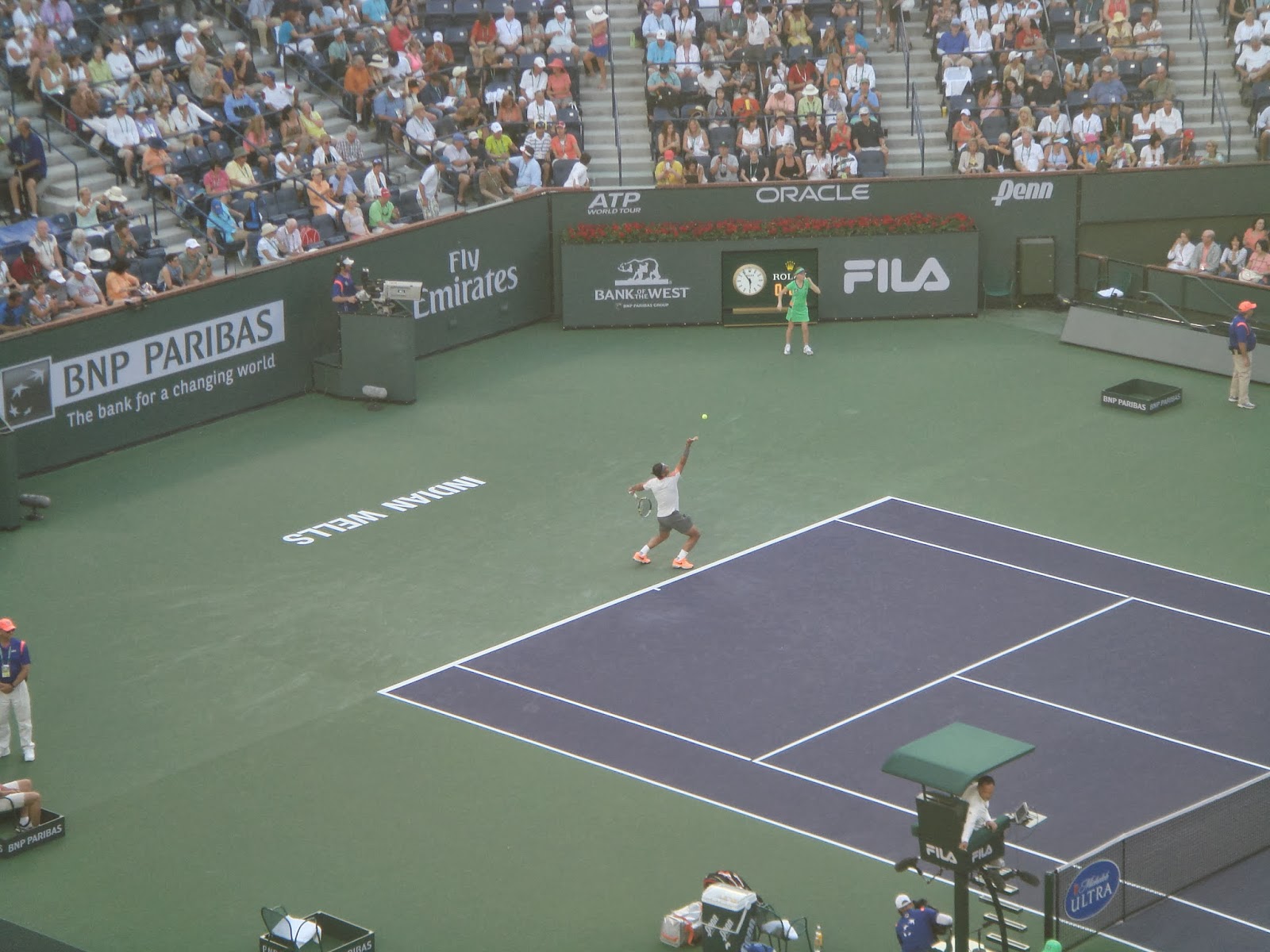 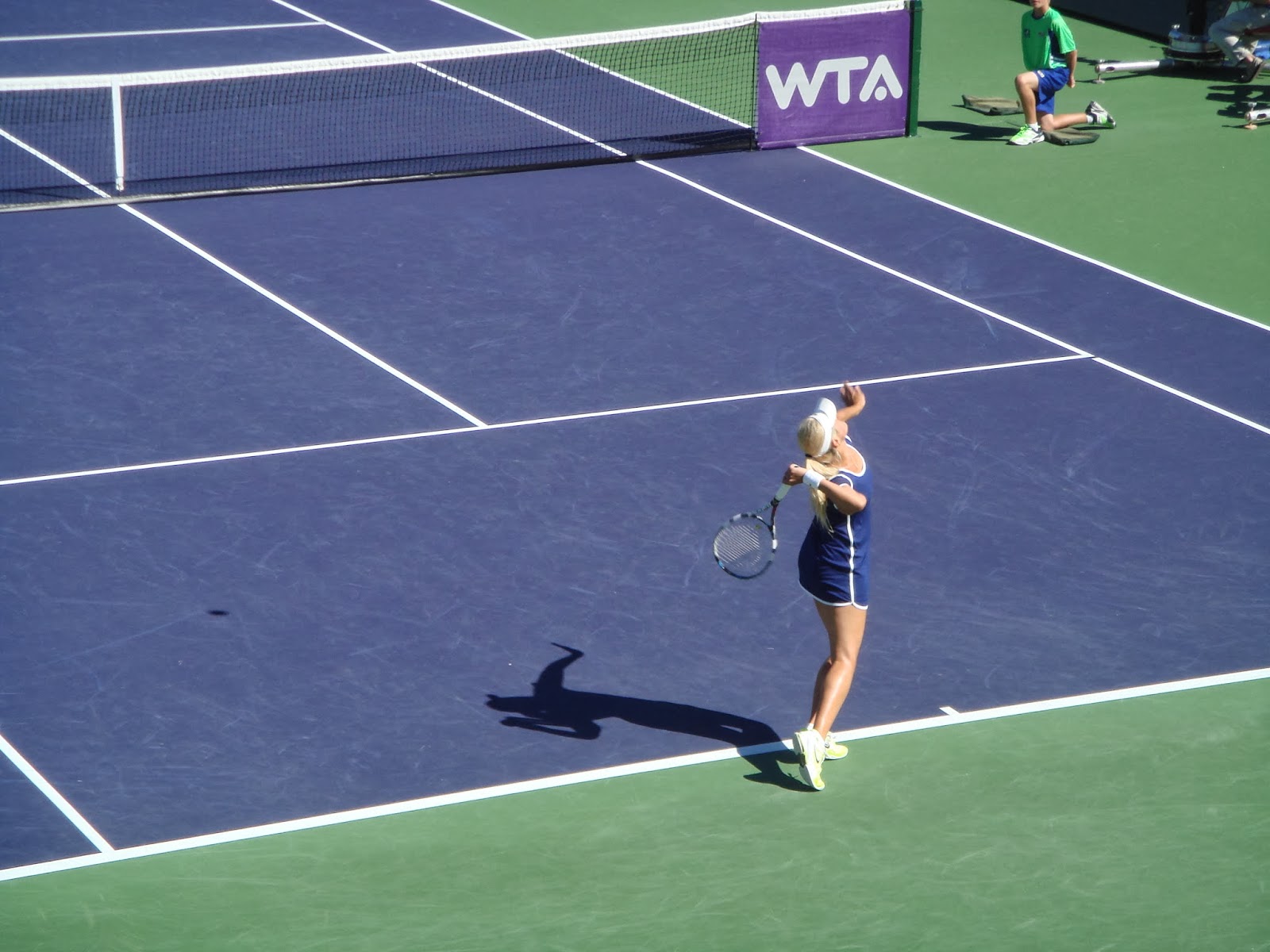 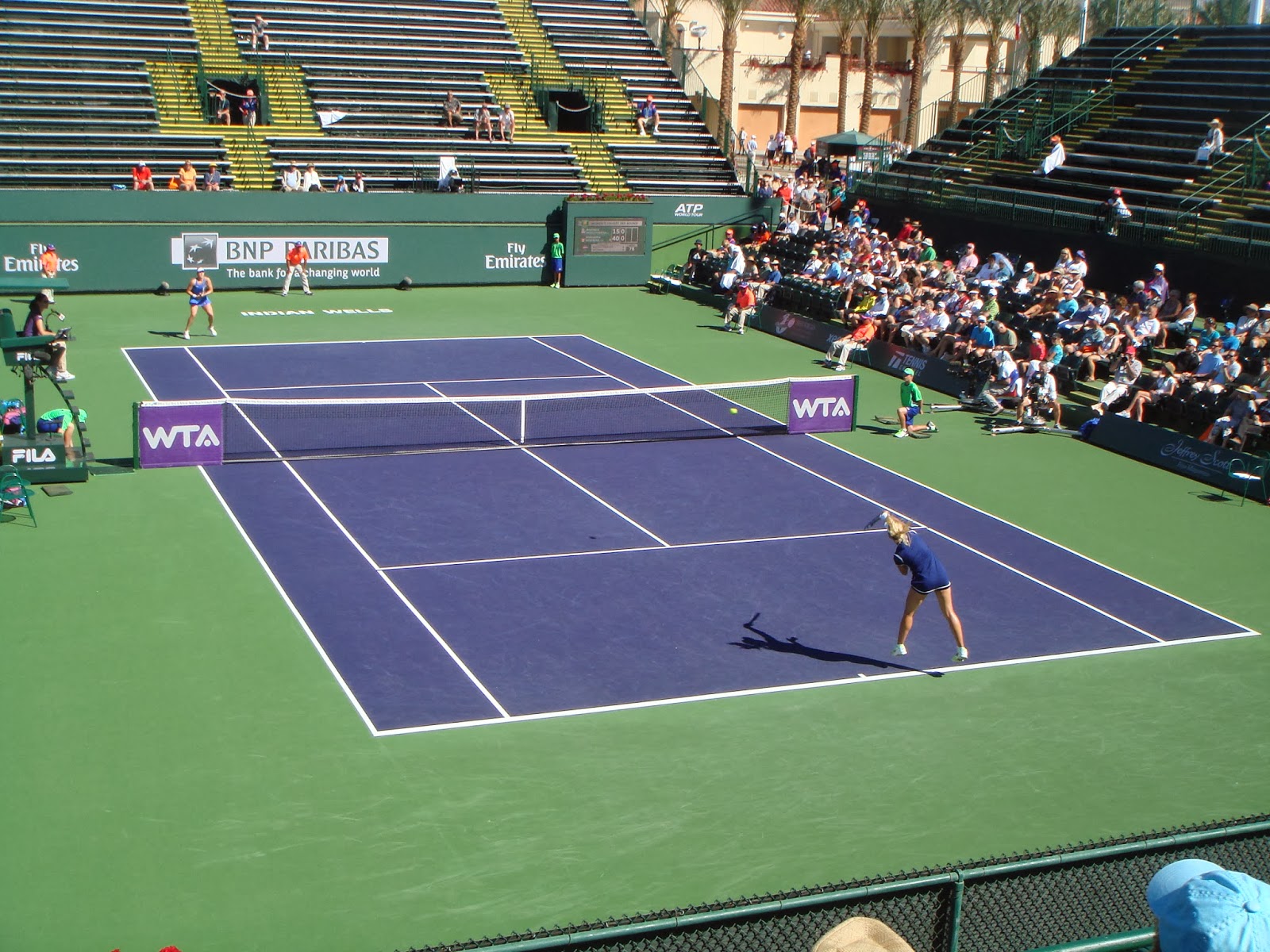 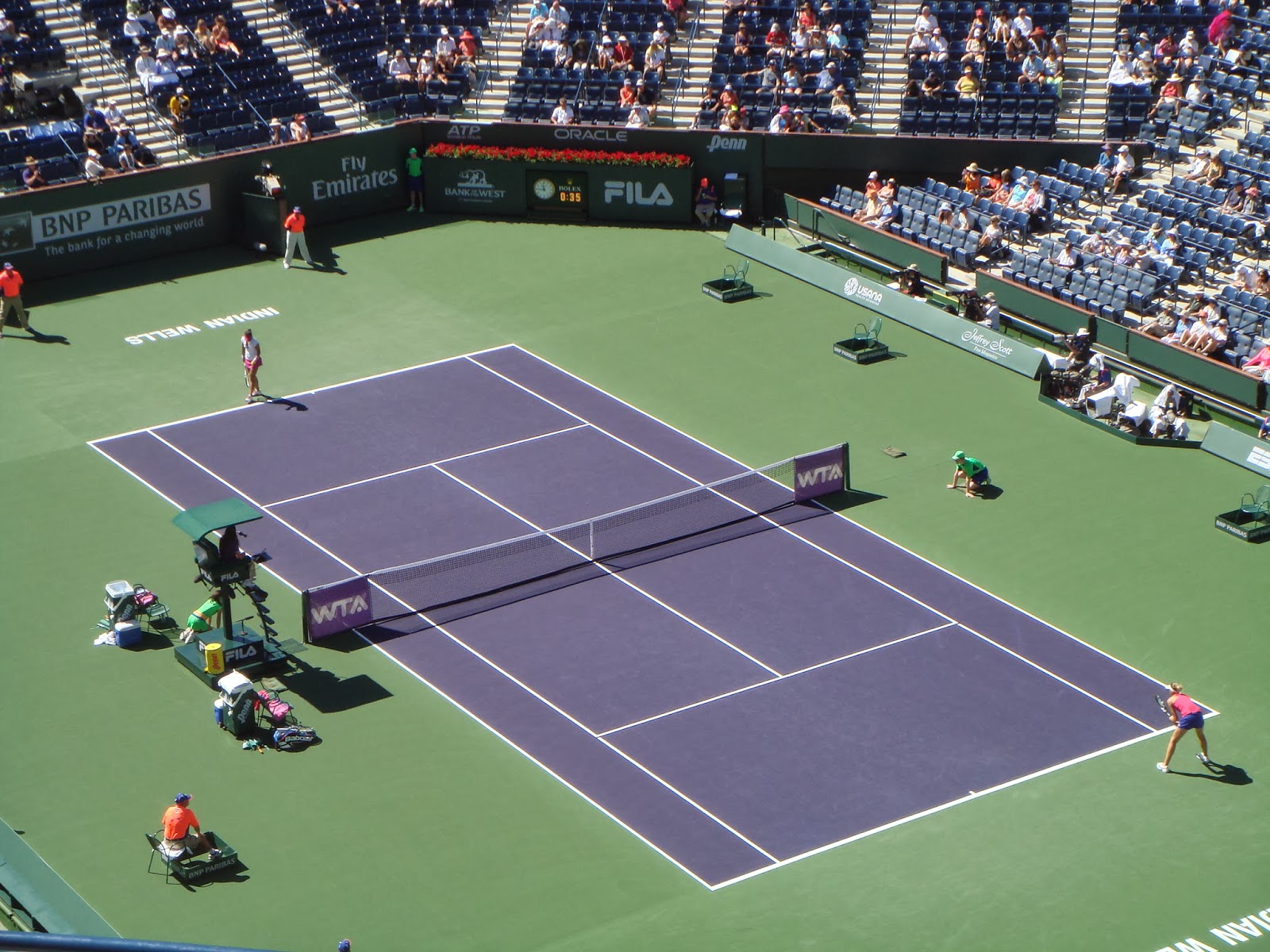 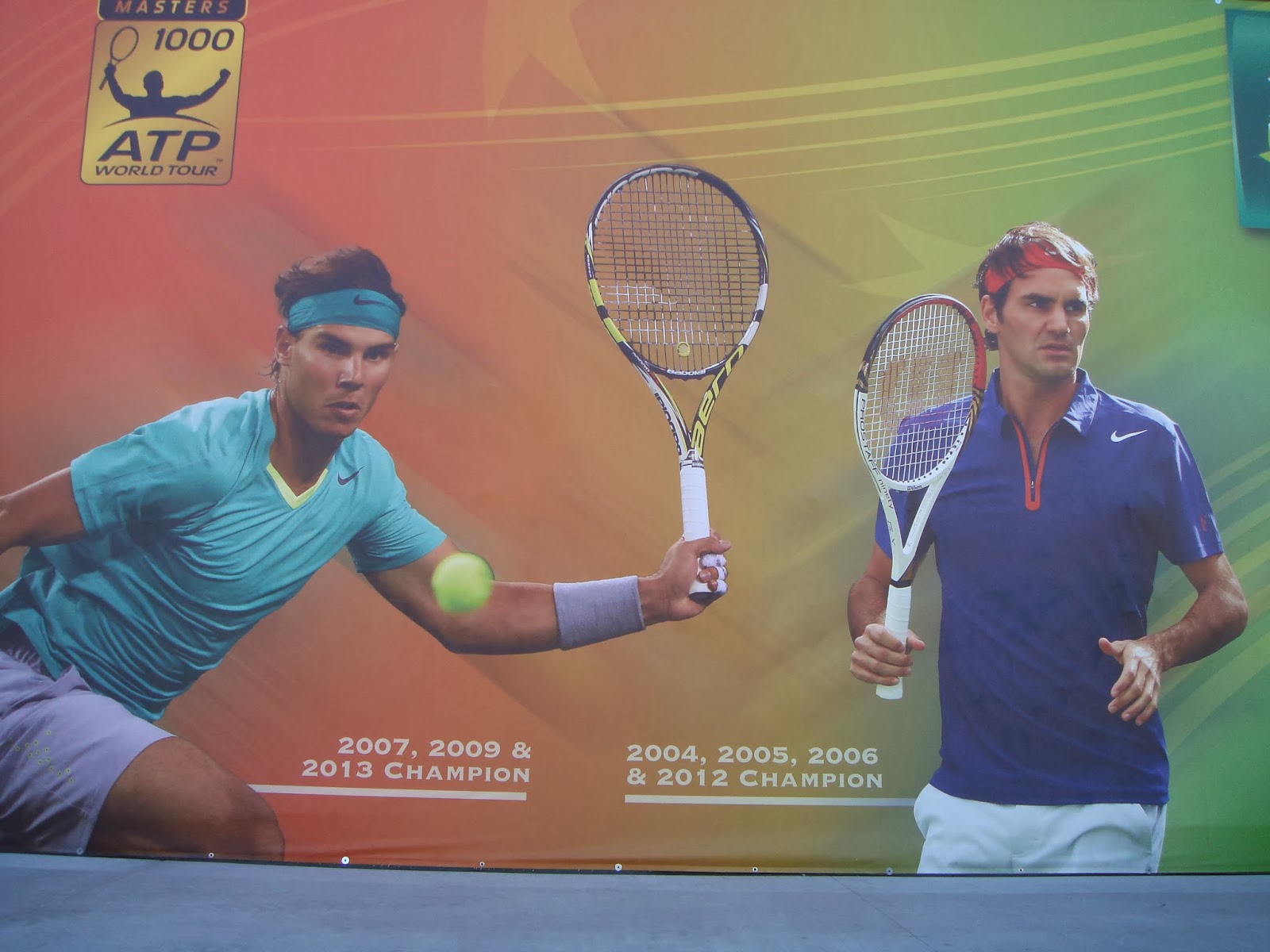 Among all of the sports, tennis fans are special.  Polite, cheering good play as well as their favorite.  Here it is 88-90 degrees, blazing desert sun and the stadium is full. 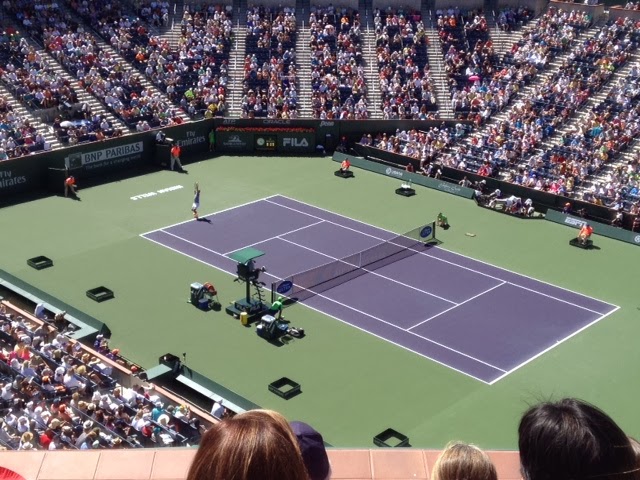 And since this is the desert a full day of tennis may well be capped by a dip, 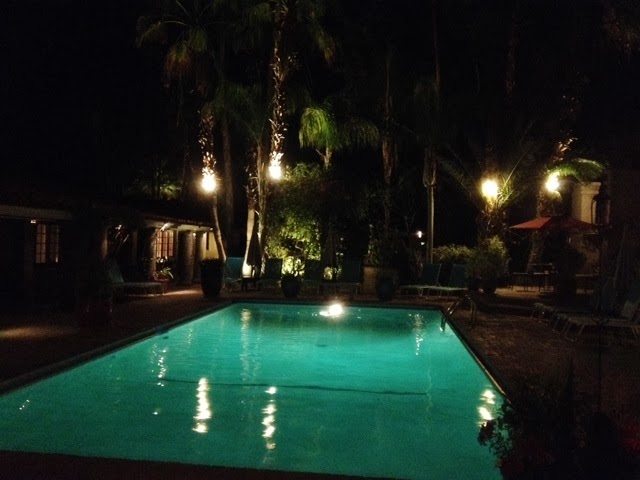 and a cool drink and dinner. 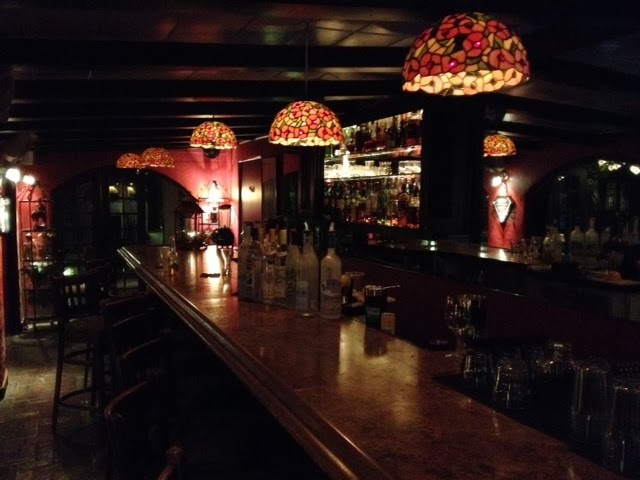 Many such oasis abound. A kind of desert survival.

ONE OF THE BEST
Much has been said of the noir HBO thriller True Detective as critics and fans have blown the doors off joint with praise and acclaim. As I've noted, it is not for everyone, but the Matthew McConaughey and Woody Harrelson performances are without peer. And their "partnership" maybe the greatest on any screen. It is one of those rare moments when two excellent actors hit a zone and then construct an onscreen chemistry that will become legend.  I'm sorry the series has ended. They were nothing short of brilliant.

See you down the trail.
Posted by Tom Cochrun at 11:45 AM