OUR INTRUDER , 2 SURE BETS, A LOSS OF THOUGHT and PACIFIC SPRING

FRESH
VARIATIONS ON A RIGHT FRAME 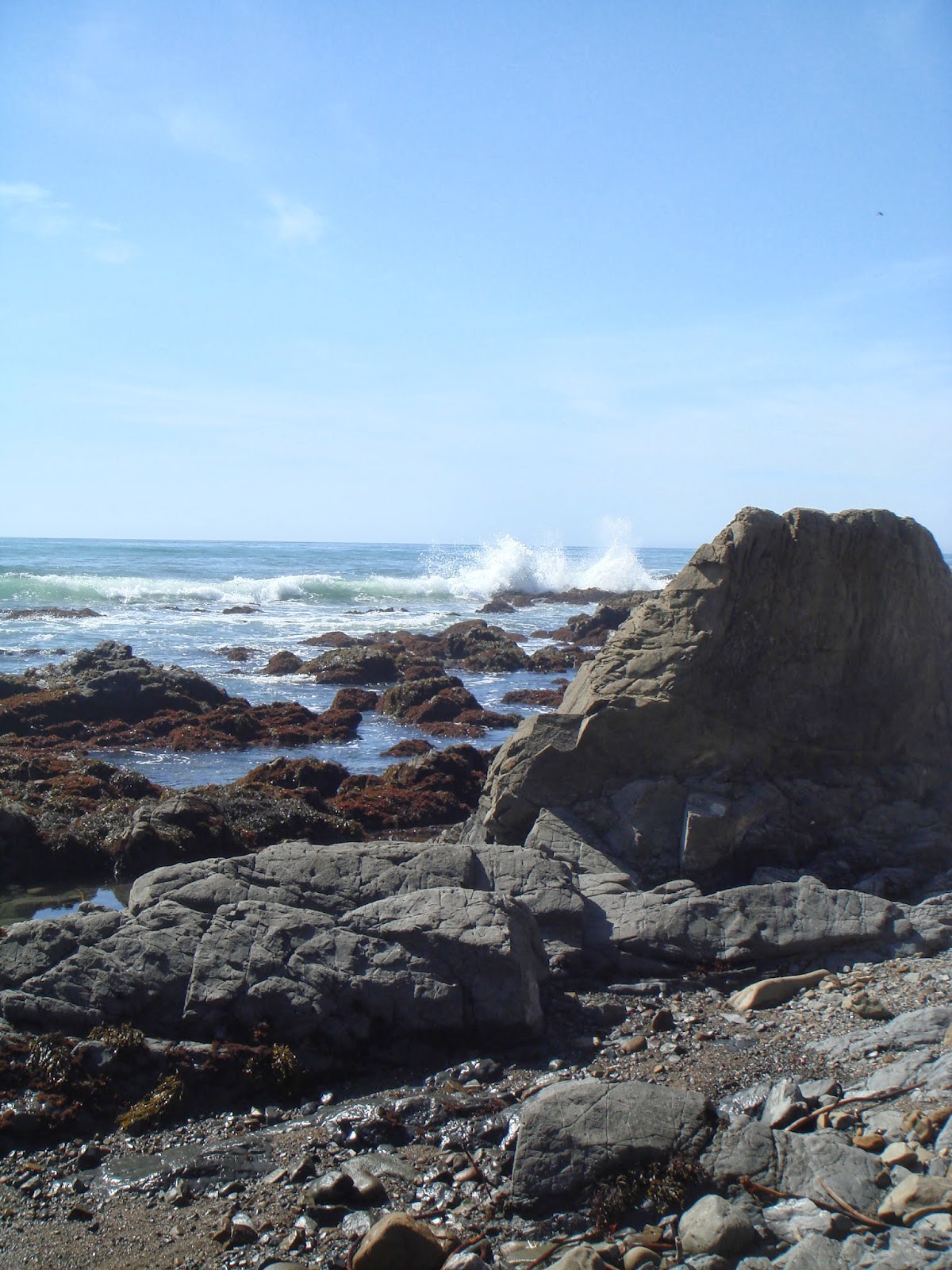 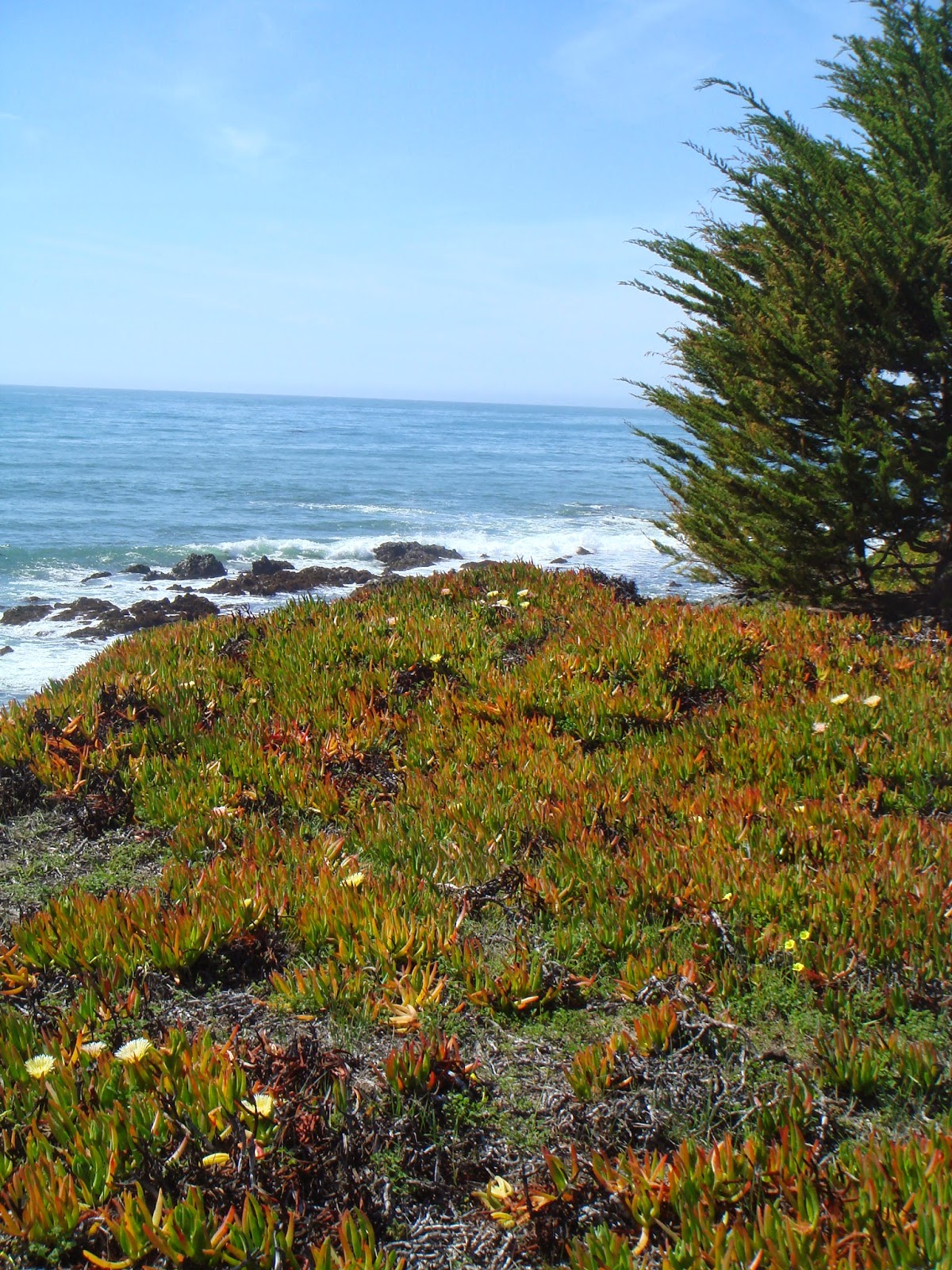 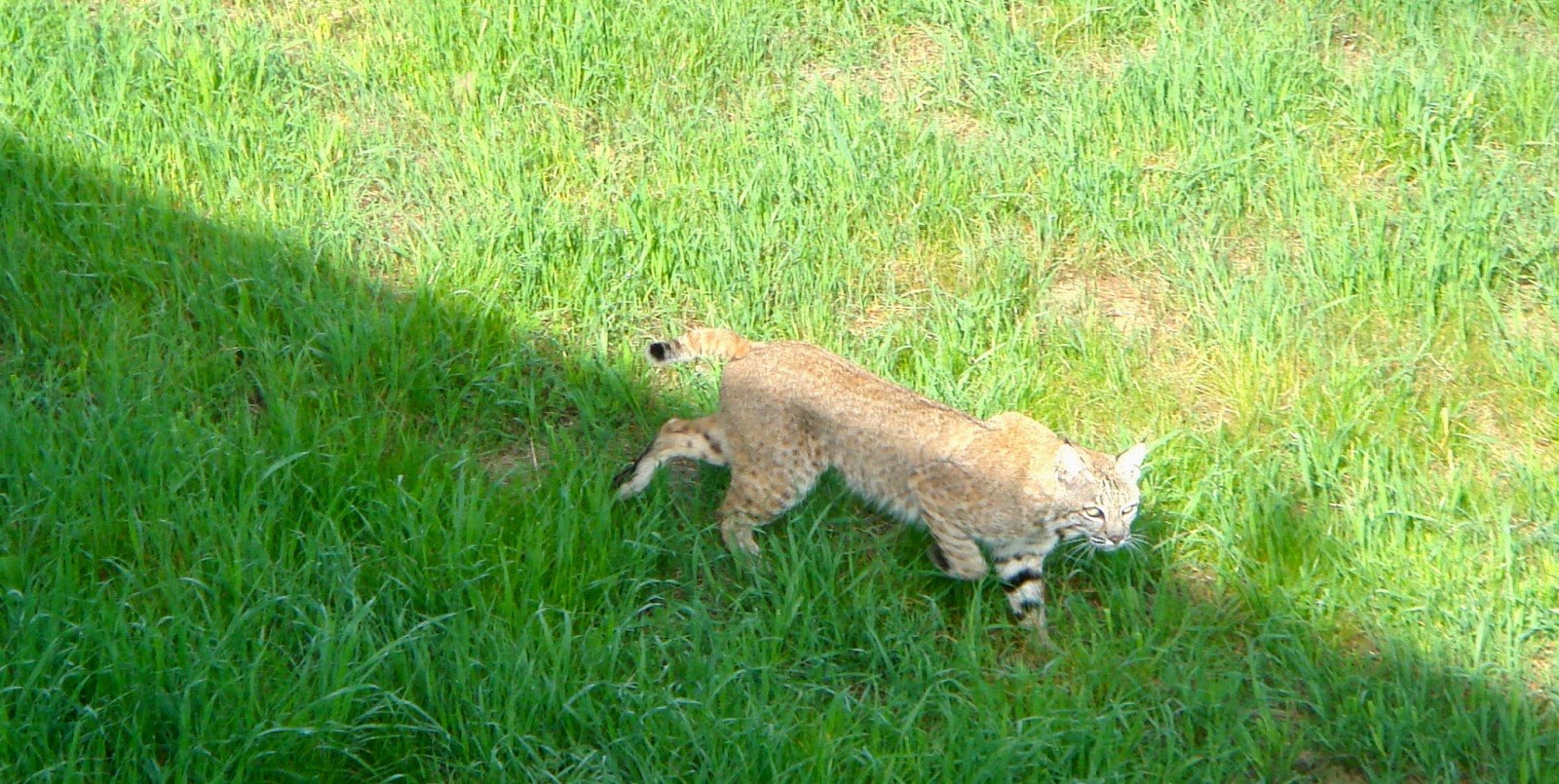 A midmorning call by one of our neighborhood Bobcats. This guy is considerably larger than Hemingway and Joy who were napping on the porch, or perhaps hiding under the deck. 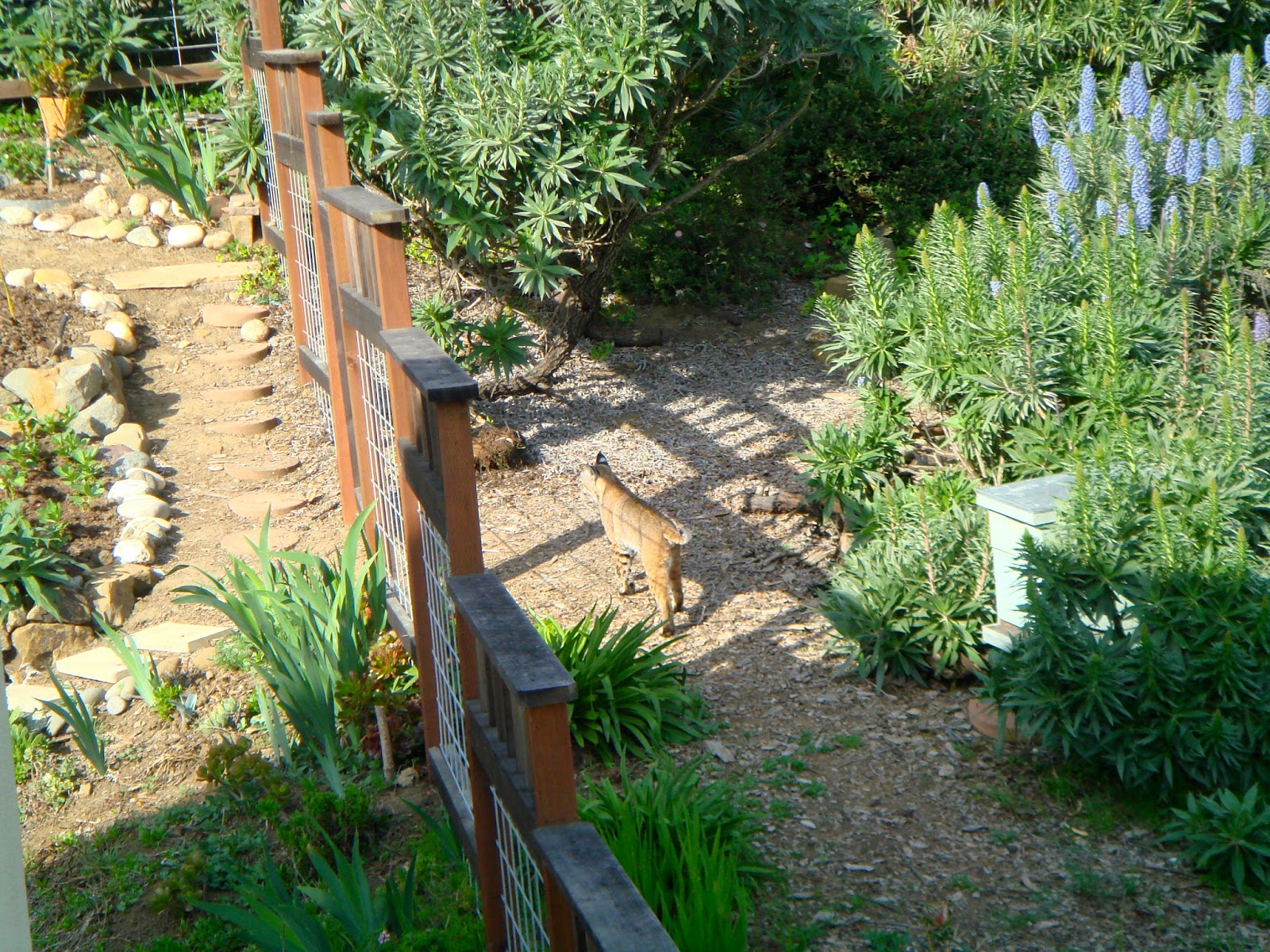 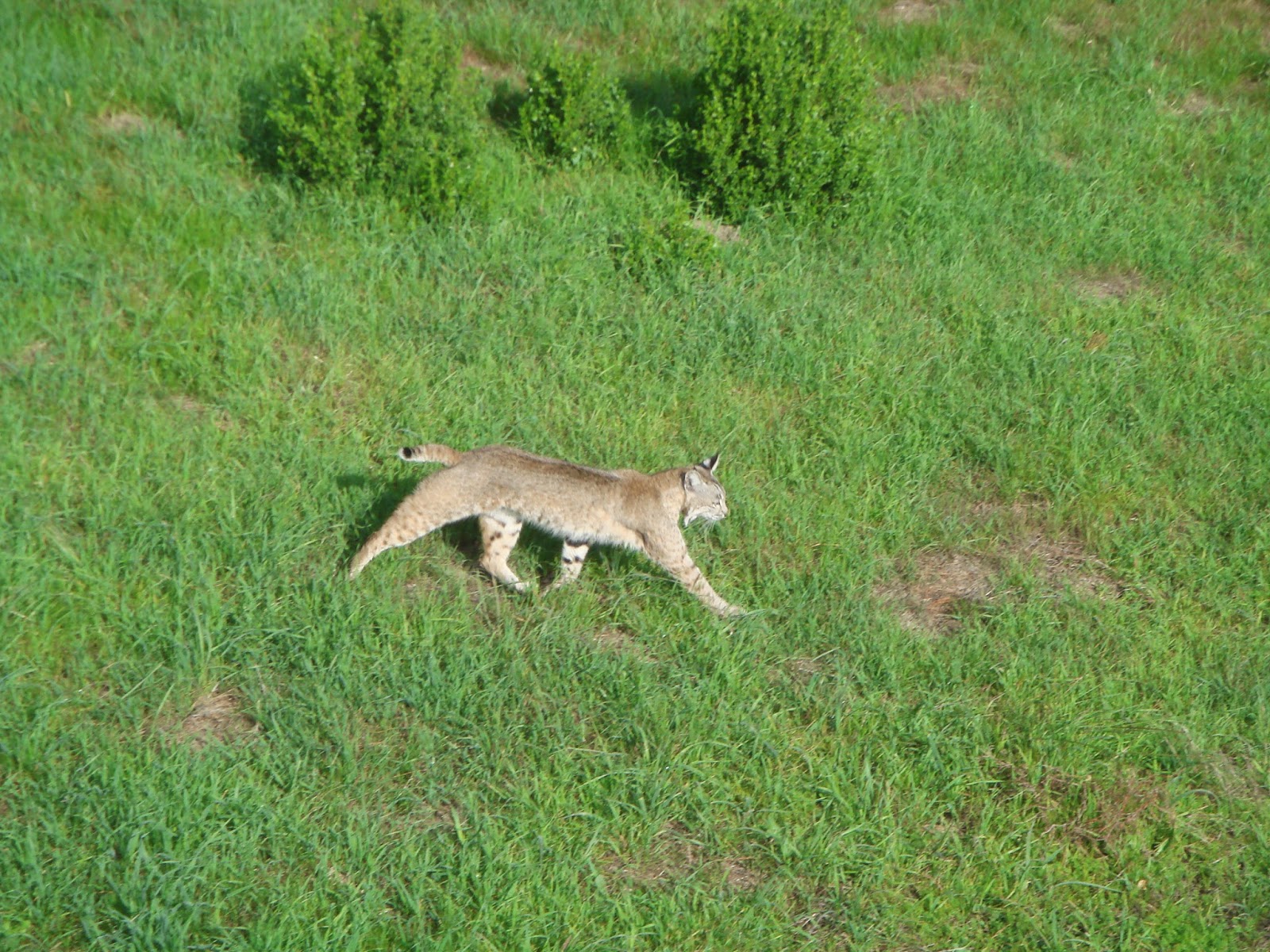 THEY'LL MAKE YOU THINK
If you like real life intrigue and are fascinated by science PARTICLE FEVER and TIM'S VERMEER are two documentary films you'll want to see.  Both are in general release, but if your art house or cinema doesn't offer them, they'd be great views at home.
Particle Fever, directed by Mark Levinson is a brilliant, entertaining and even amusing suspense as the Large Hadron Collider at CERN comes on line and seeks evidence of the Higgs particle.  6 brilliant and charismatic scientists are your guide.  They are extraordinary and the drama is real.
Tim's Vermeer follows brilliant inventor, millionaire Tim Jenison on a six year quest to learn how the Dutch painter Vermeer (Girl with a Pearl Earring) captured light, glow and painted so realistically.  The film is produced by Pen Jilette and Teller. It features Martin Mull, British painter David Hockney and professor Philip Steadman.  It is a fascinating journey, amazing in what lengths Jenison will go to pursue the riddle.
I took personal pleasure in the viewing of both because they reaffirm the best of humanity, our desire to seek answers, learn, quest and take on mystery and to delight in the challenge.
Which brings us to an however....
WITHOUT BENEFIT OF REASON
Shouting into the wind or standing at the shore and telling the surf to subside may have the same efficacy as this, but here we go. It is appalling at how rapidly western culture is disposing of its once guiding trajectory of reason.
Intellectual diligence, study and learning were either foundational expectations or the normative behavior of a culture that moved from superstition and ignorance to harvesting the benefits of knowledge and science.  Along the way we bipeds were encouraged to think and to wrestle with conflicting or opposing concepts or points of logic. Not so much anymore.
Knee jerk reactions threaten to become the norm. In social psychology they call it a rigidifying of the self concept.  People hear an idea they disagree with, feel threatened by it and throw up a defense, often launching  a response that doesn't seek conversation and in turn the other person responds in kind.  It's a bit like launching missiles back and forth. No diplomacy, or seeking an understanding, just an escalating scorched earth belligerence.
It's all over cable current affairs programming, in politics, especially posessed by zealots both in the public square and in religion and even in our little village.  Everyone seems to have adopted the "I'M RIGHT-YOUR WRONG" mind set.
Had our forbearers been so inclined we'd still be hunting with stones and hoping for the invention of fire. We may never have learned to talk.
The New Blooms
With apologies to my pal Griff, who believes this blog is too heavy on California flora. 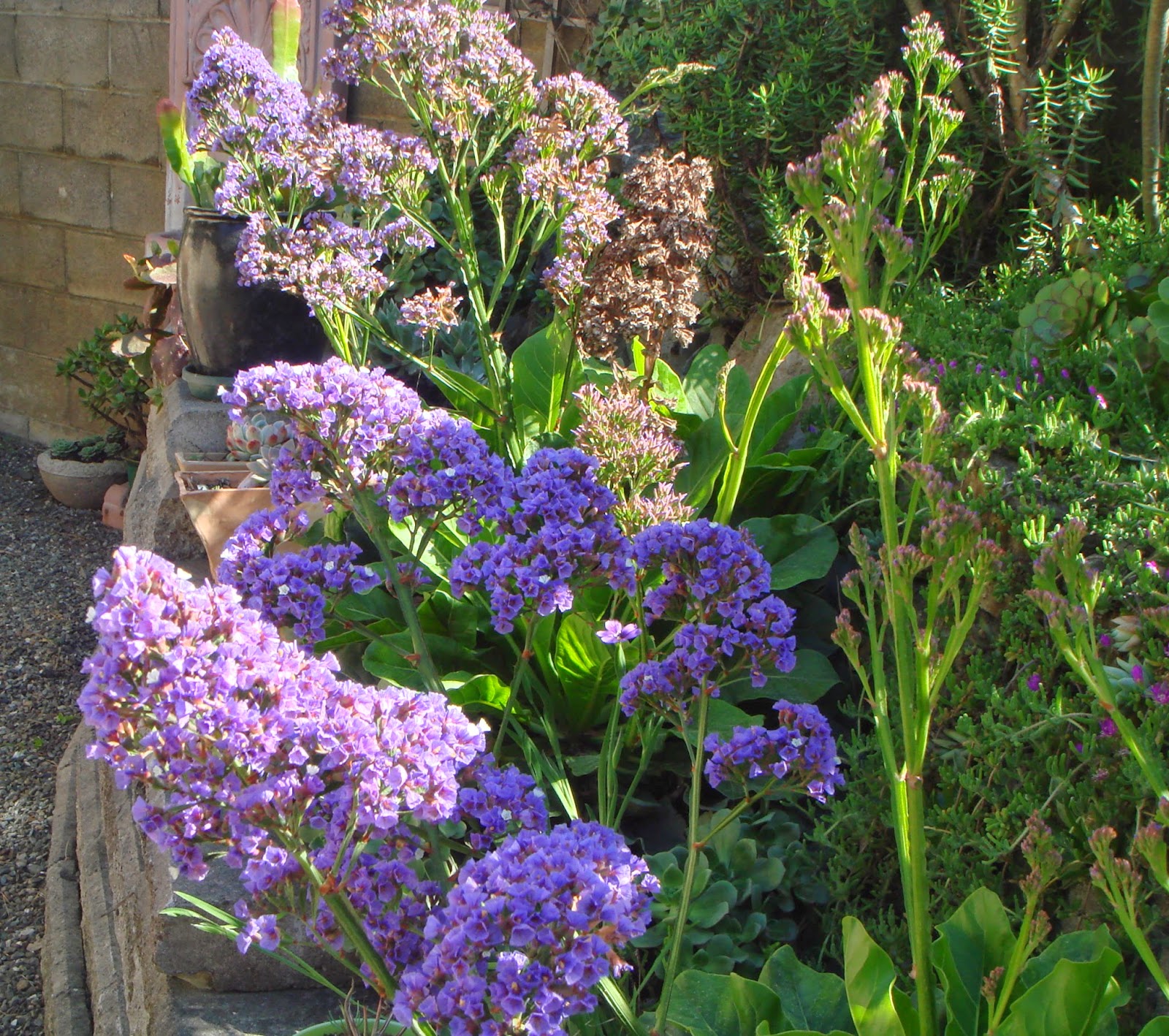 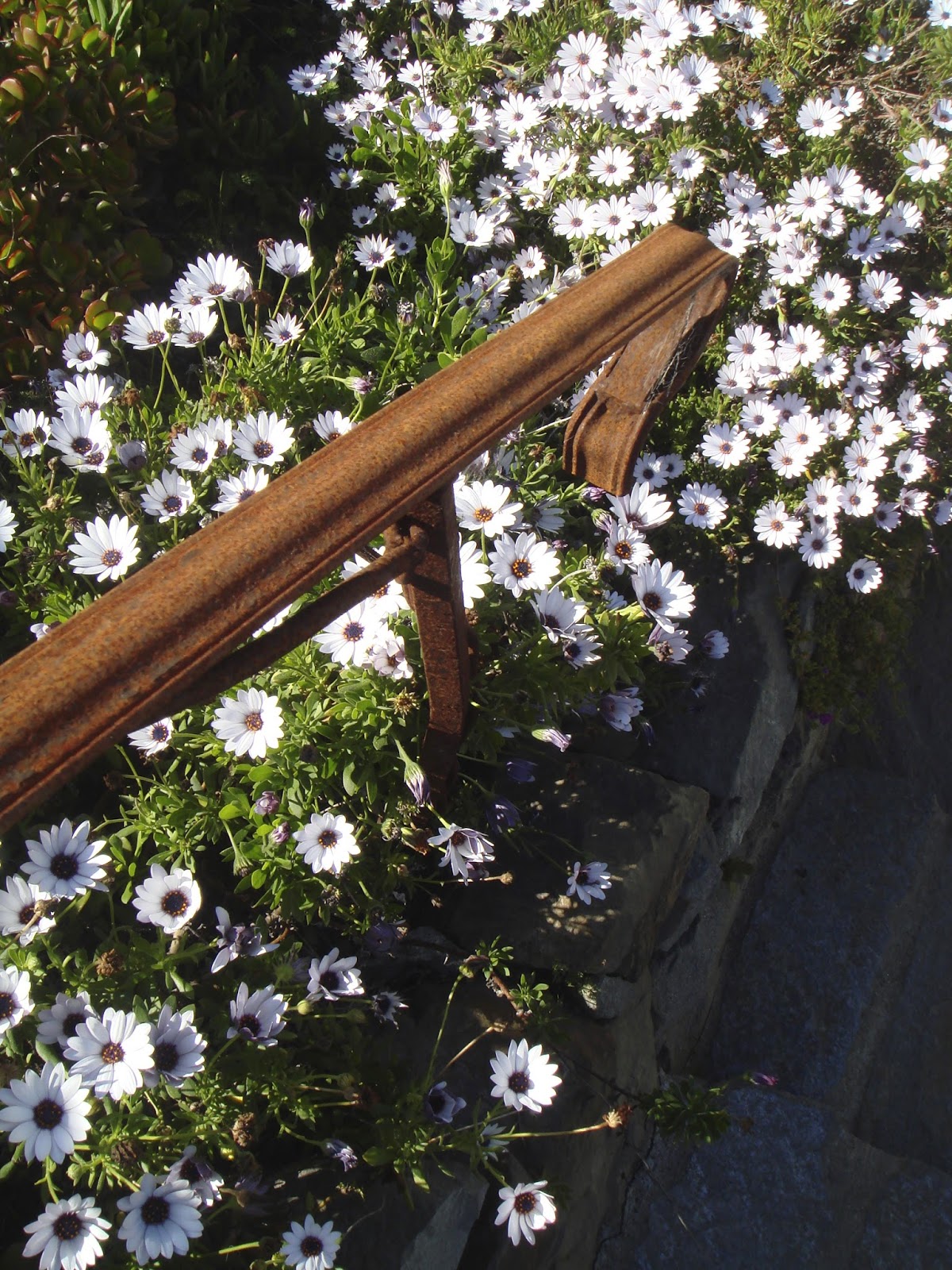 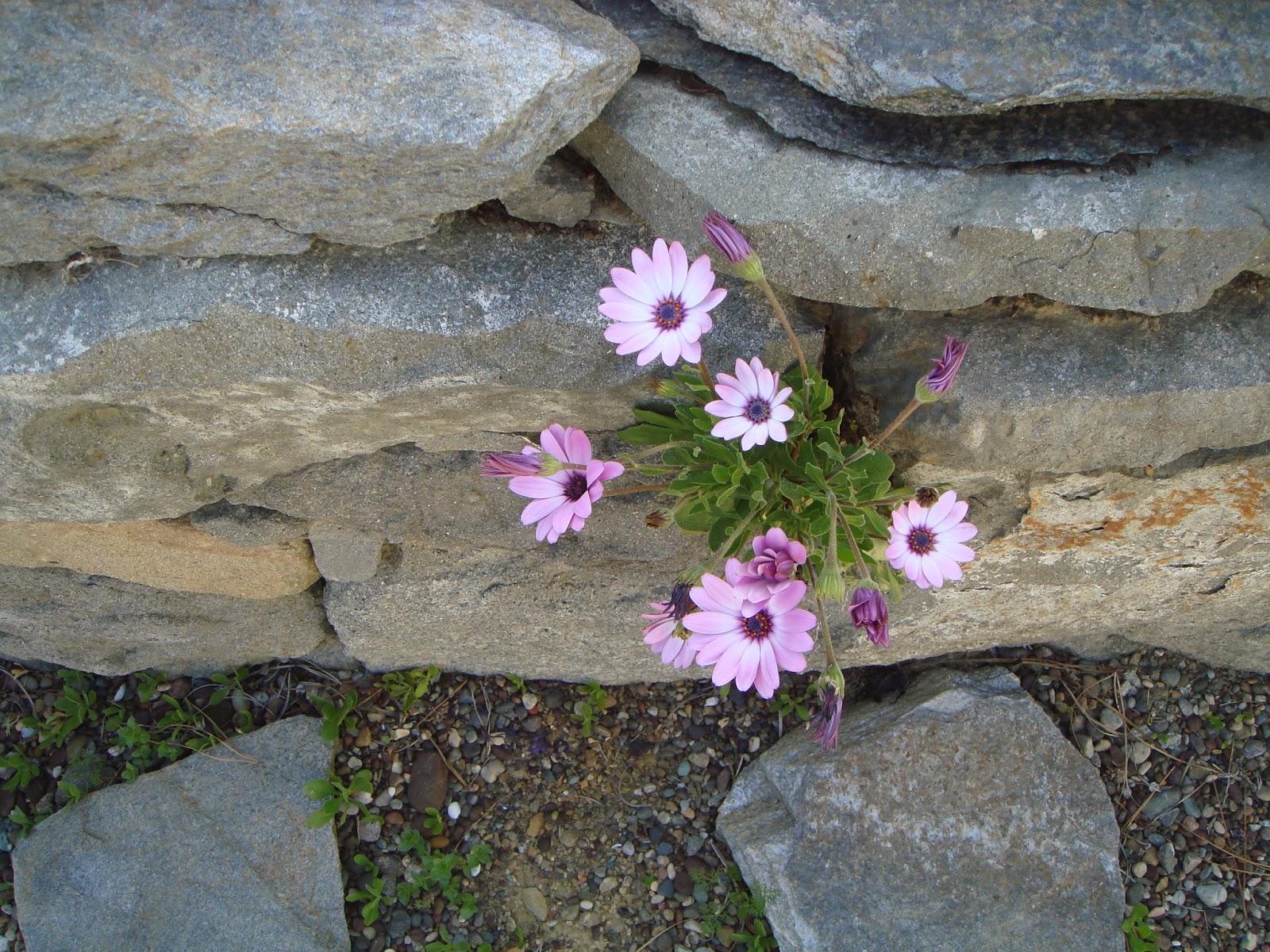 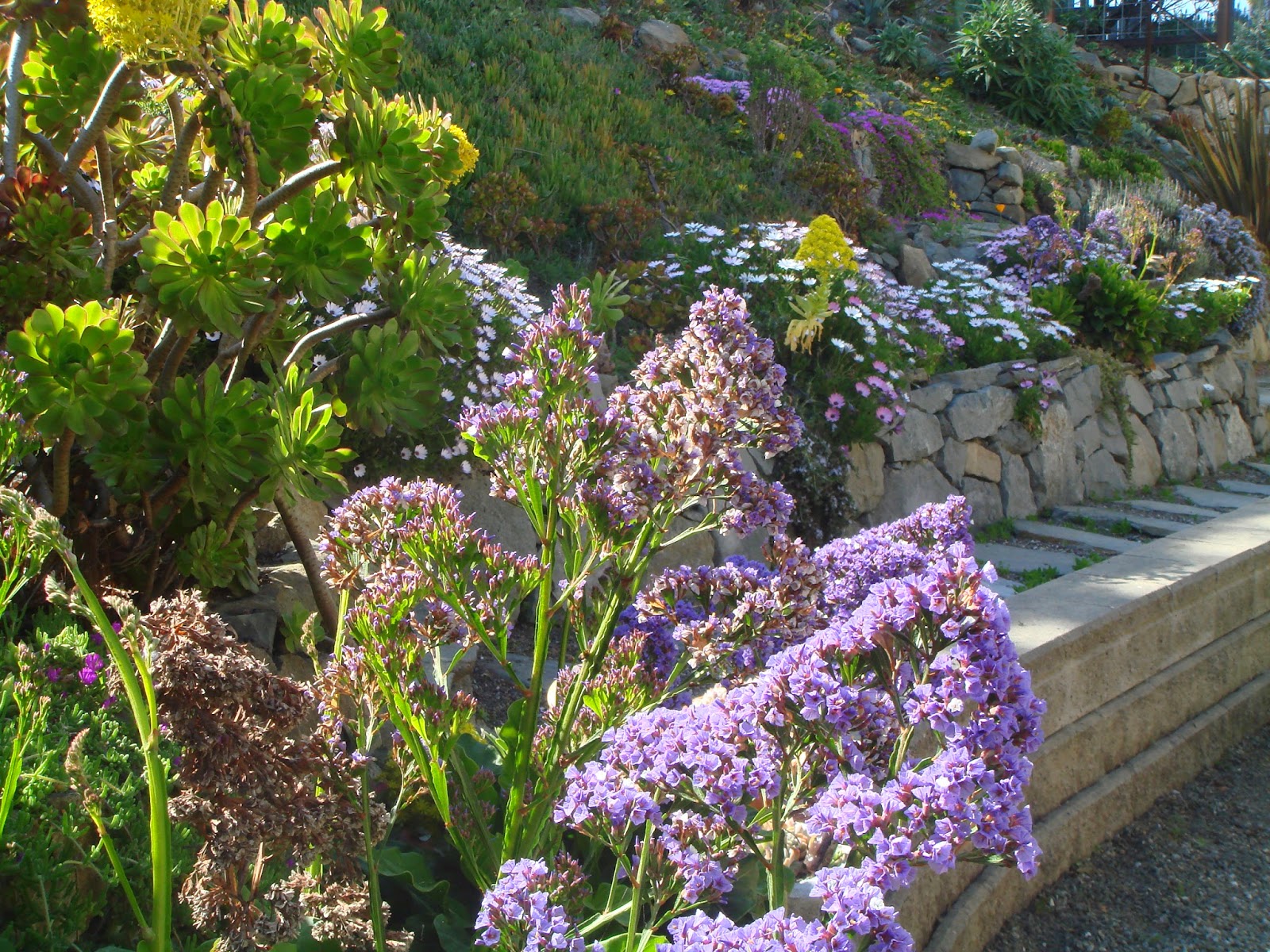 As my friend Bob Foster, who's bone marrow transplant and battle with Leukemia I chronicled here over the last few years, said as he called today "Life is so good."
He was calling from Minnesota after driving from Northern Iowa, where spring is still only a hope. He said he has not felt this good in years. And he is especially grateful for the return of his quick and facile mind.
To paraphrase the old military cliche' "If you've got'em smoke 'em," if you've got a brain, use it.

See you down the trail.
Posted by Tom Cochrun at 2:33 PM