Life in the village truly is idyllic. That's not just a fanciful idea. People are active, they live long lives, most of us develop our eccentricities or particularities and there are indeed many characters. Living between the Pacific and the Santa Lucia mountains on ridges, valleys, beaches, Monterey Pine and California Oak forests we often say this is not like the rest of the world. So when life, like every where else intrudes our romantic sense of delusion is shocked and saddened.
Peter Wolff was one of the characters in this charming and curious drama of Cambria. A big deal international business executive and thinker, Wolff has been one of our leading men, not because of his professional resume, but because of his one of a kind personality.
The first time I met Peter he said, "So I hear you were really a big deal journalist.  Everybody here has a life like that. The only thing that really matters now is how good is your serve?"
Peter had a brilliant mind and usually gave you 3 or 4 answers to any question you asked and usually had you chuckling. Peter and his foursome played at the other end of the tennis complex, but you would always hear him.
Over the years I've been fortunate to study with him, share committee work with him, relax and enjoy his company. Usually he had me laughing with his dry wit, sardonic humor and insight.
Something went wrong after a surgery and after a rough go Peter left this party Sunday. His family was with him and we are told he was being his usual feisty and funny self.
Phil, who's history with Peter goes back a couple of decades said he never thought anything could take him. A lot of us thought that.
Peter played regularly with John Brannon, the colorful newspaper columnist whom we enjoyed even years before our move here.  Peter and John could be, well, feisty and not always in agreement on a play or a call and so their matches gained a degree of notoriety. Brannon just left for a new life in Southern California and now Peter is gone.
As if to remind us that we can not control change, yesterday was the day we bid farewell to another longtime village couple.  Barbara and Paul are wonderful and joyful people who depart to be closer to a daughter who can attend to their needs. Barbara, a local gal, seemed always to smile. She had a wicked cross court shot though, even if it seemed out of character to her gentle, California girl manner.  Paul is a retired Wall Street Journal man and a fount of knowledge and a crafty tennis game. He is in every sense of the word, a true gentleman.  They are delightful people.
As some of the crowd gathered at coffee this morning we were heavy hearted, certainly for those who are gone or departing, but also because it reminds of how fleeting it can all be, even here.
STILL A TRACE 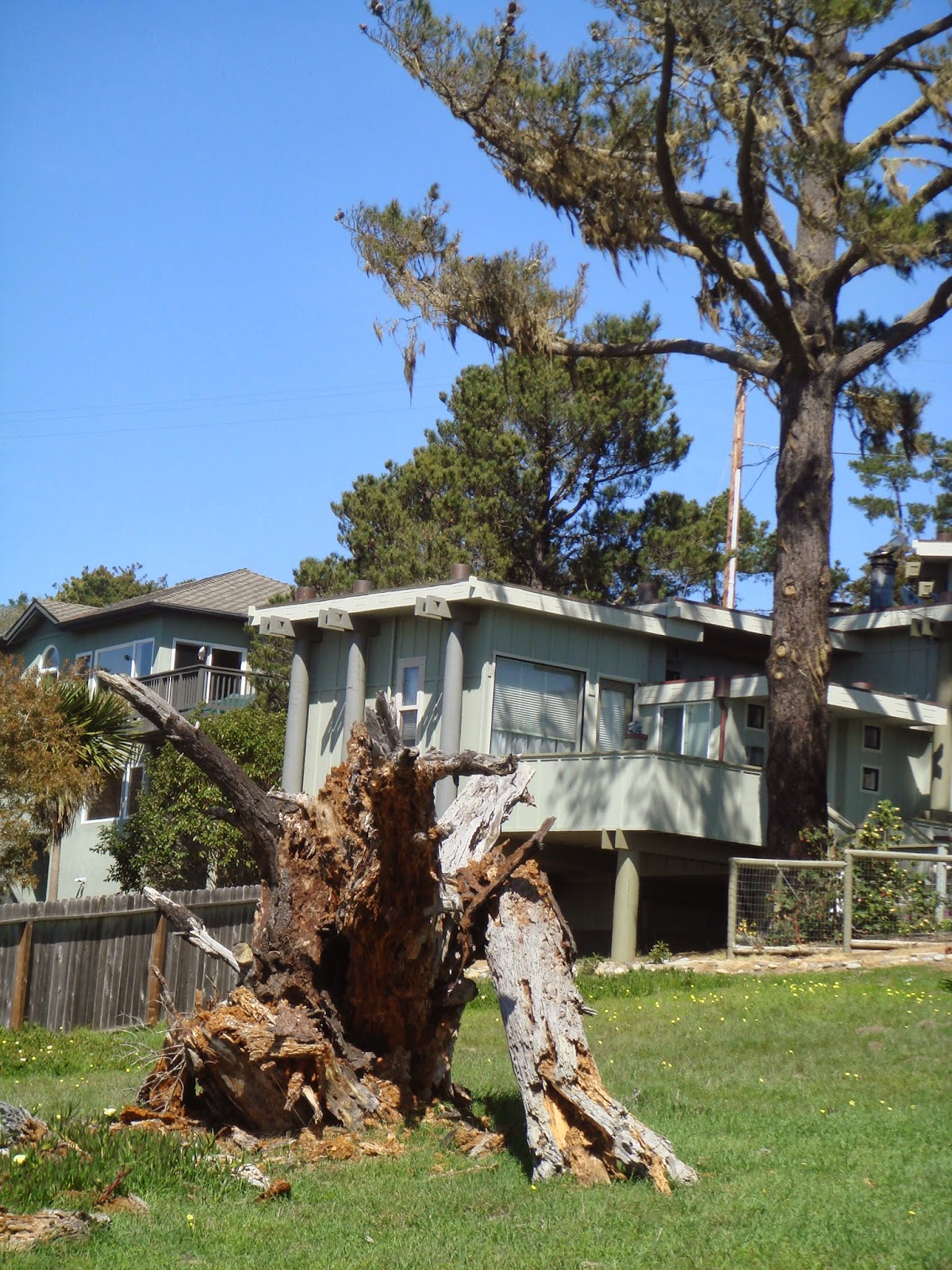 Remains an ancient tree devolve in front of a Warren Leopold post house. The tree likely sheltered the maverick architect as he sat in his mobile work desk or perhaps camped while designing and building the house in the last century. It also shaded a Dome home. 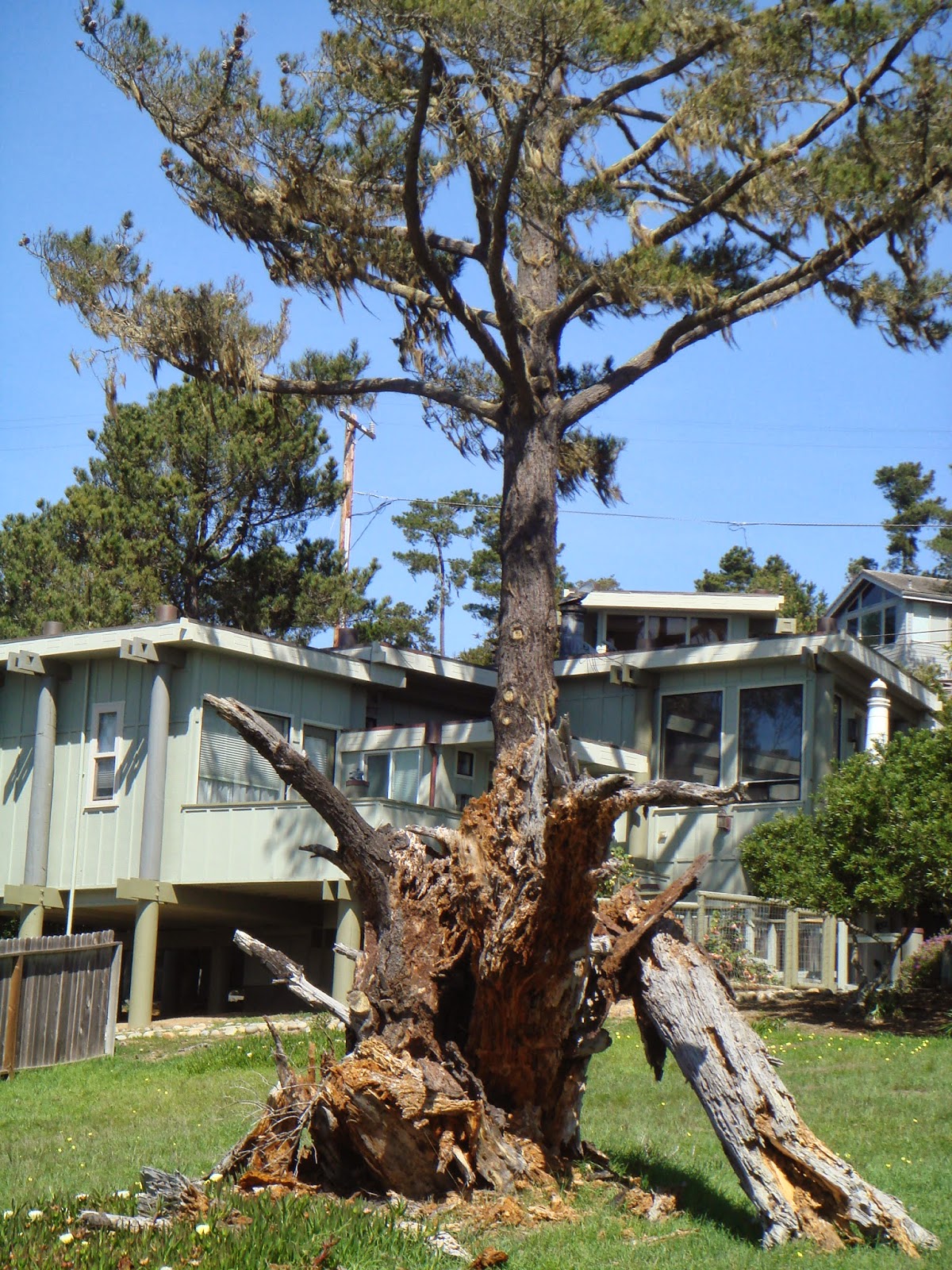 Another tree now stands tallest on an icon corner in Cambria. 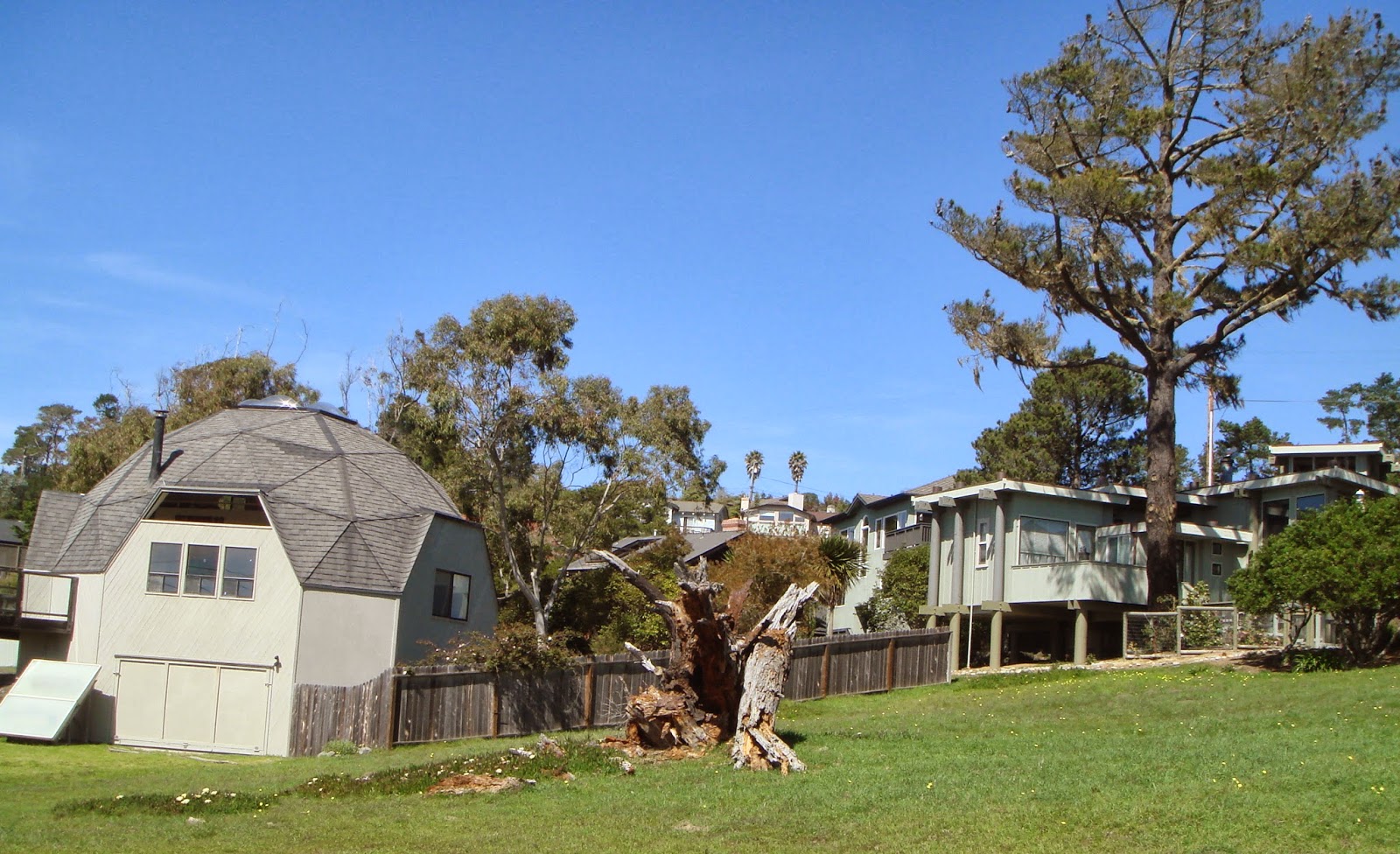 A few blocks away, an opportune intersection and another memorable building, perhaps with aspirations. 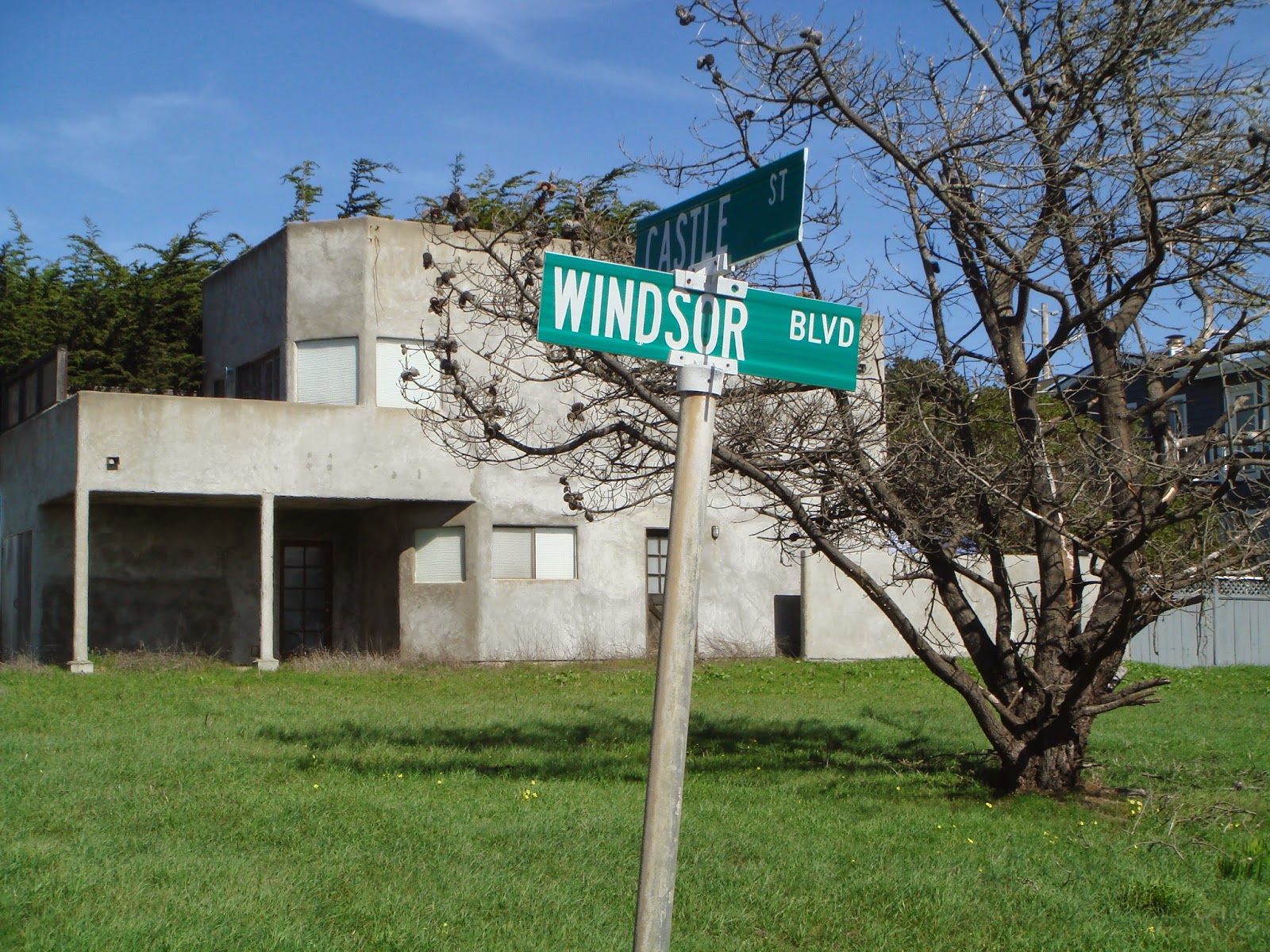 See you down the trail.
Posted by Tom Cochrun at 3:47 PM