IDIOTS OF THE PERNICIOUS SORT

A New York Times piece by Felicity Barringer got my blood boiling.  She detailed the work of vandals in National Parks, Monuments and other priceless settings. Perhaps before we knew better we carved our initials in a tree or on an old log. While it may have been a bit destructive, it is nothing like the senseless or stupid desecration of wilderness done by spray painting or cutting, or malicious damage. Shame on the idiots and their friends or family who condone it.
Warning!  If I see you up to this pernicious behavior, you will be confronted.  A couple of years ago, in the height of fire season, I saw an Hawaiian shirt bedecked German tourist wandering off the path, despite warning signs, collecting pine cones, despite prohibition warnings, his hands and arms full while a cigarette dangled from his lip. Though I speak no German, he understood my castigation, the look on his face revealed that.  Impishly I smile a bit about that fool's wandering from the path in his shorts and flip flops as he waded through a healthy patch of poison oak!
THE REAL DEAL IN MORRO BAY
Authentic California fishing village scenes still play out in Morro Bay. 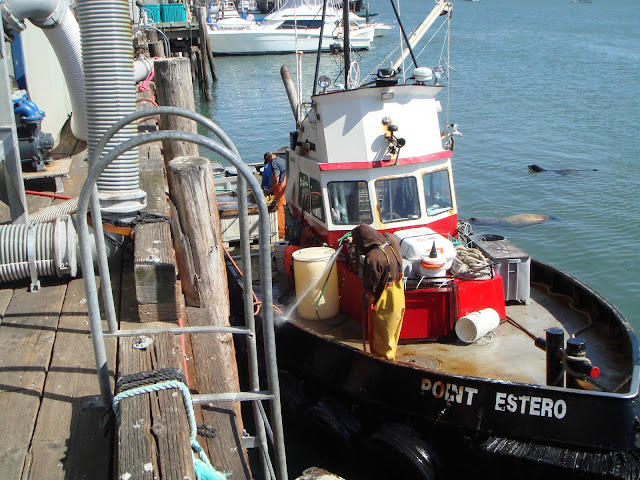 Fewer boats operate out of the town, landmarked by the Morro Rock, than when we first wandered into the water front for a supply of fresh sea food many years ago. 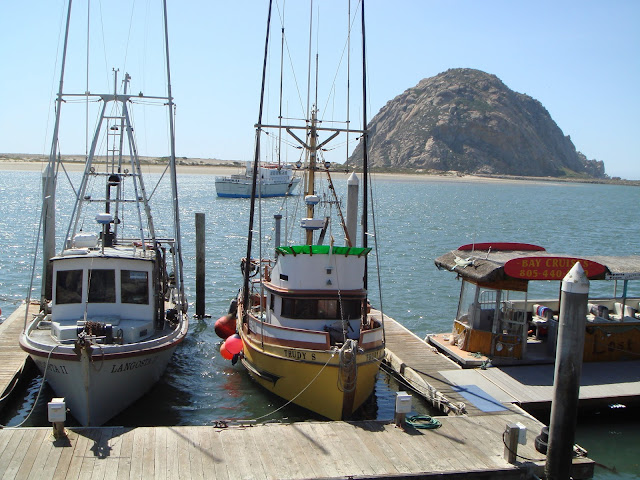 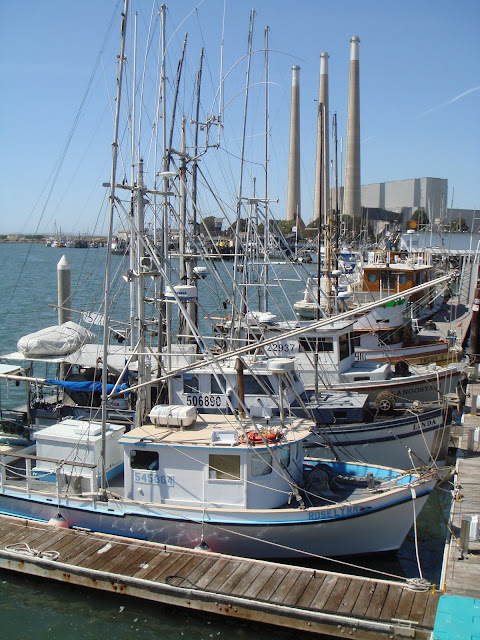 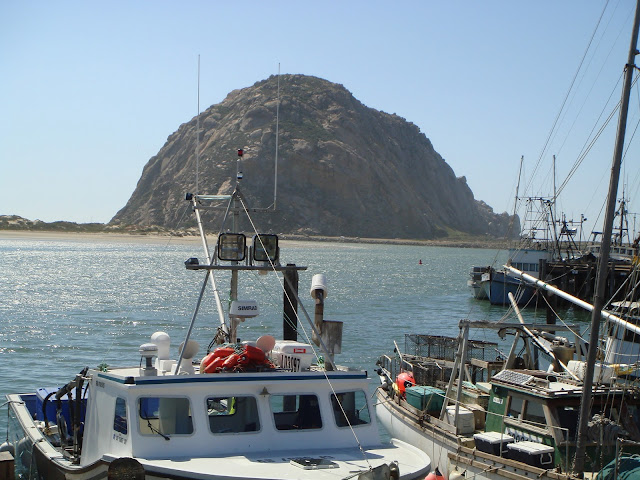 But it is still an operating fishing port and I'm fascinated by the work and activity there. 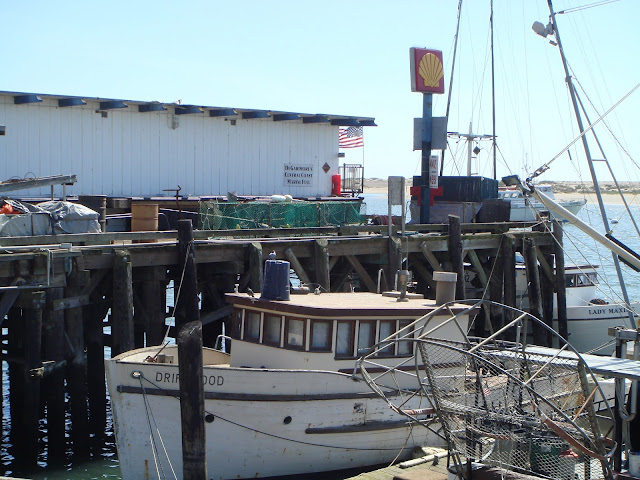 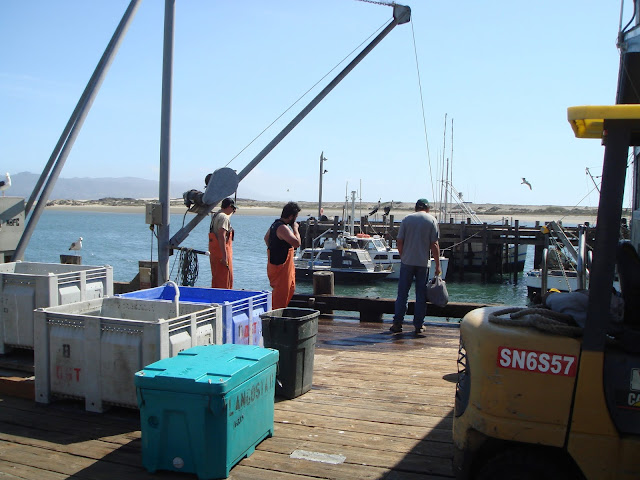 Tourists who flock to the embarcadero as well as locals have some great choices for fresh sea food and dining. Giovanni's and Tognazzini's are both sure bets. 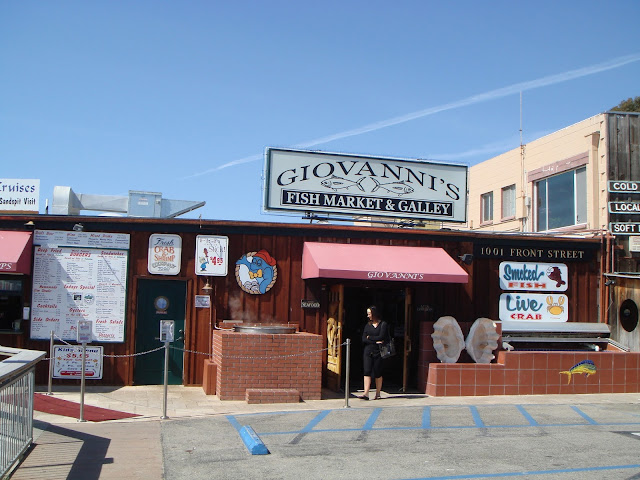 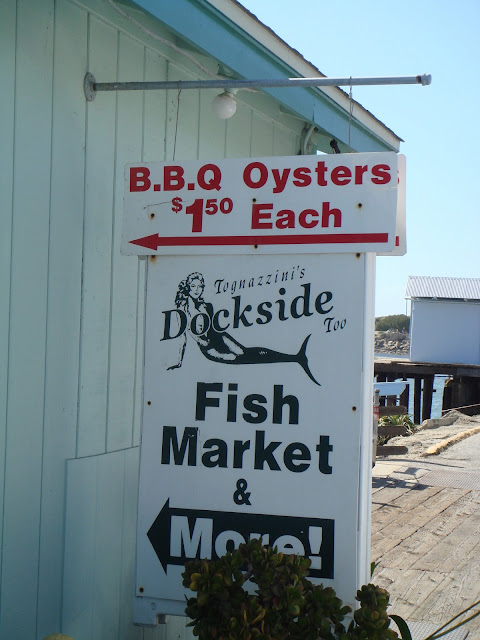 On an ancient trip up the coast, when we were still mid-westerners, I thought the "stacks" at the power plant were a blight on the sea front.  Now that we've been out here for several years, we've adopted the attitude of most of the locals and natives, they are part of the land and sea scape-a kind of marker on the coast. 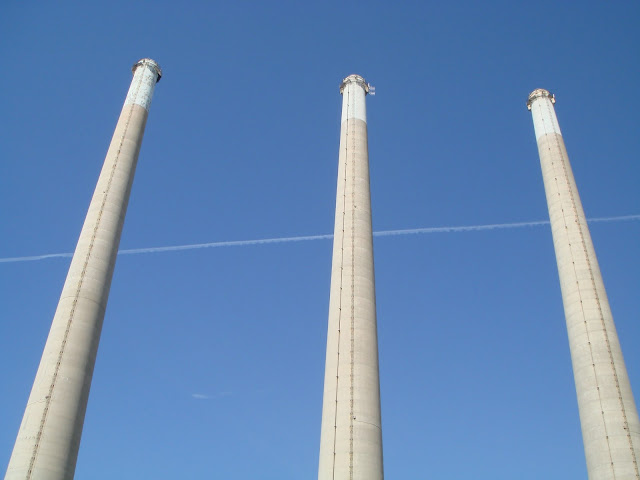 See you down the trail.
Posted by Tom Cochrun at 2:09 PM