PEACE, LOVE & DIRT and HOW TO USE THE NSA DATA

CYBER BOMB THE THIEVES
Since they've got the data, why not create an algorithmic analysis to interdict and then shut down all of those phishers, scammers, identify thieves and that Kenyan who wants to give you 1.3 million dollars.
While rounding up and tracking terrorists, the NSA and FBI should find these internet hustlers who steal, extort and are at their best, annoying. Then let the CIA or Cyber Command send a counterstrike that evaporates their illicit program and network, melts their computers and shocks the scammers into the next county. Then maybe Seal Team 6 can capture them and paint a red bulls eye on their forehead.
Well, at least the first part of that eh?!
peace, love & dirt
LIVE OAK 25
25 years of Father's Day Weekends at Live Oak Music Festival. 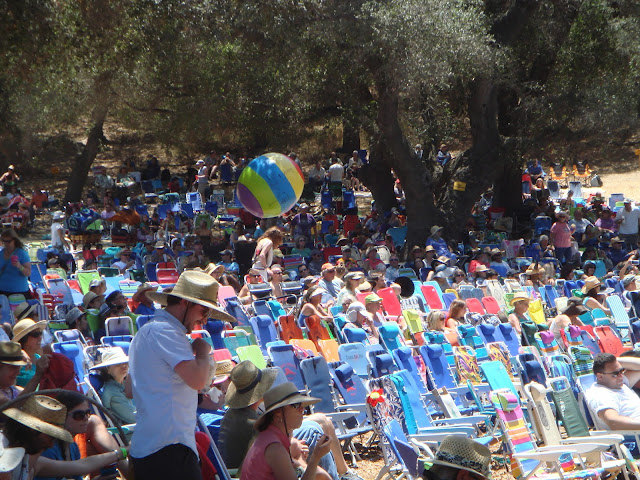 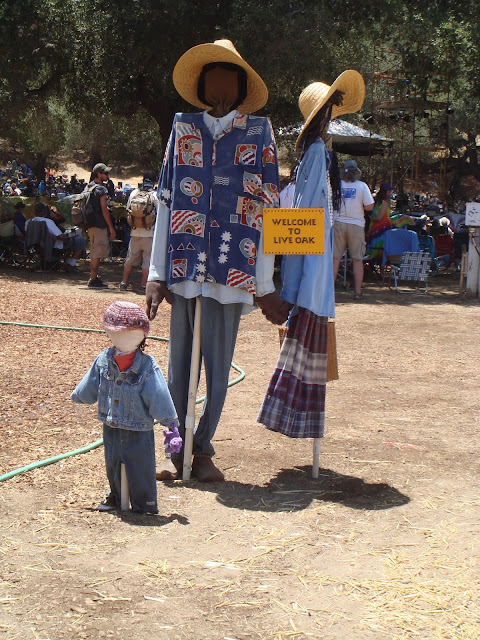 People who came first as children are now volunteers
of the KCBX event that is quintessential California. 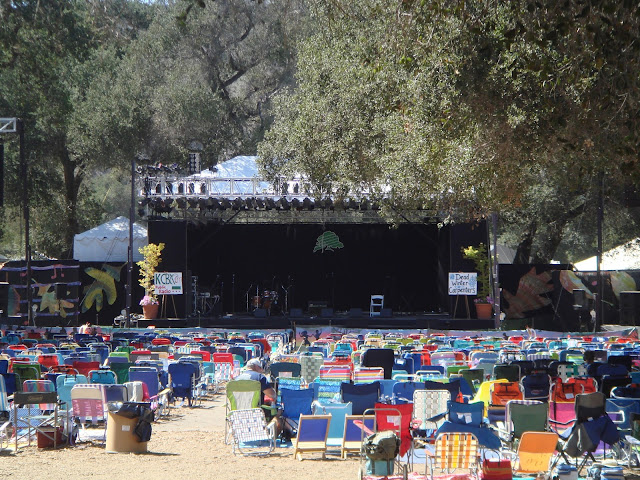 Music, sun, friends and good vibes under the beautiful
oaks near Lake Cachuma. 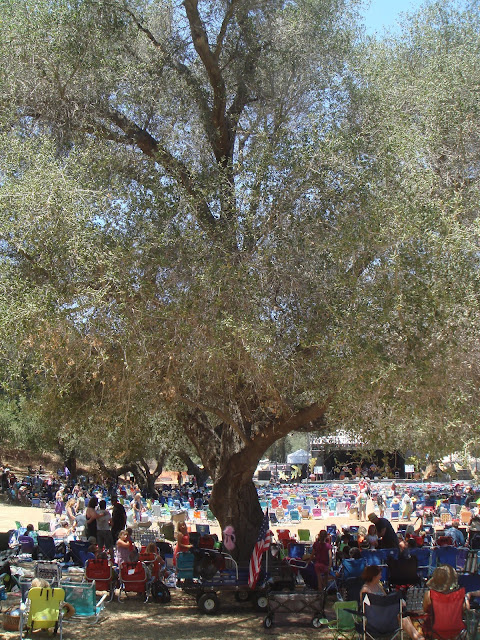 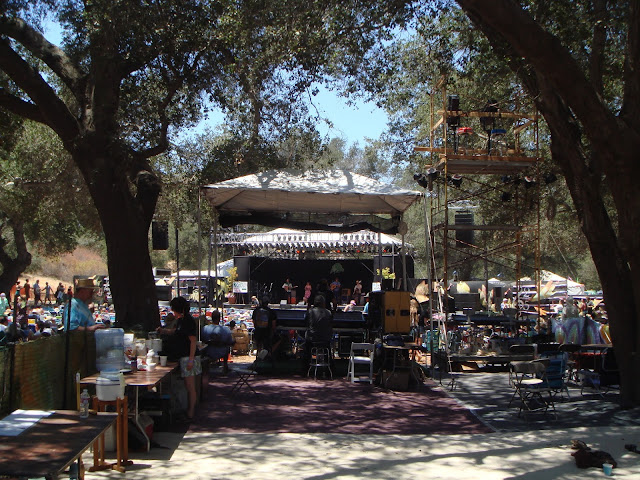 The logo quilt was a hot item in the silent auction. 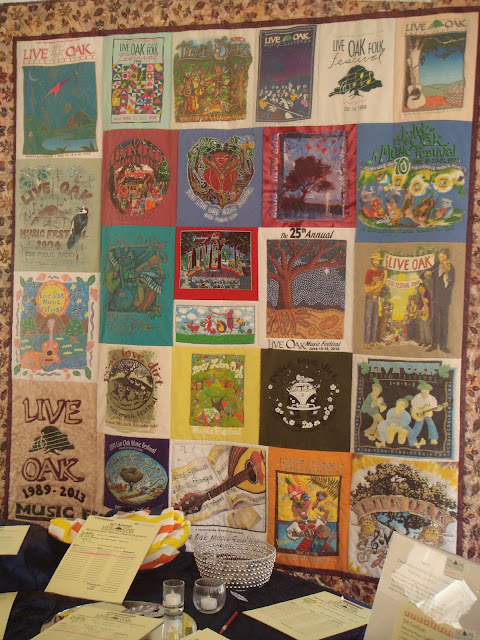 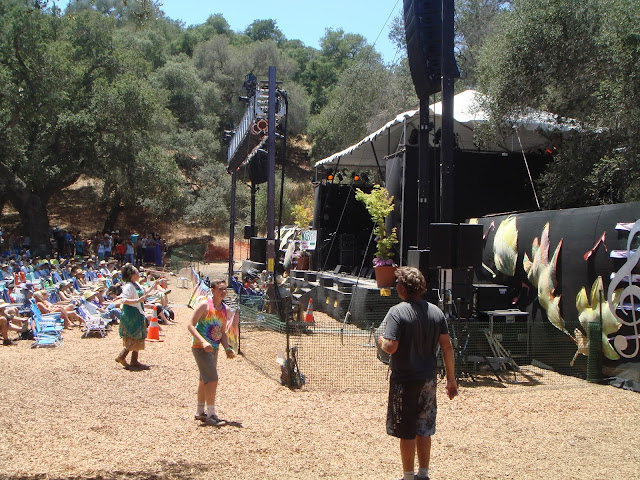 Entertainment and grins and just doing your thing. 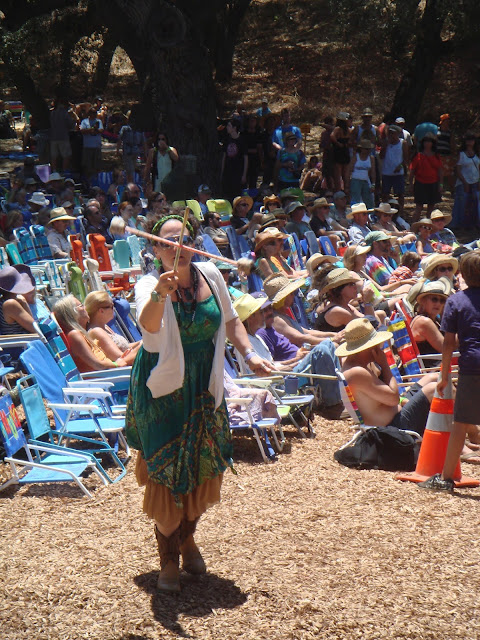 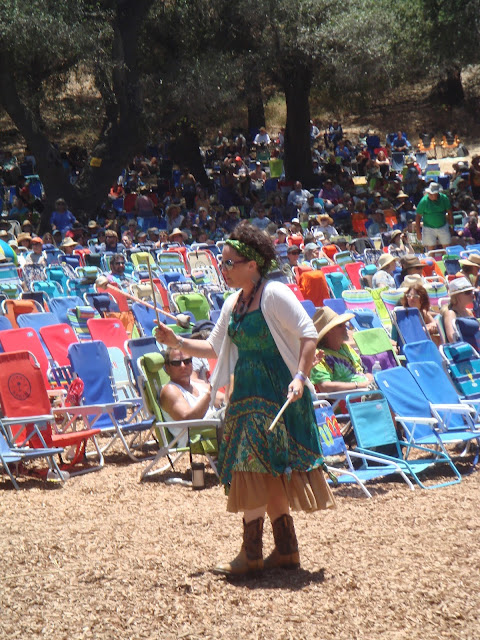 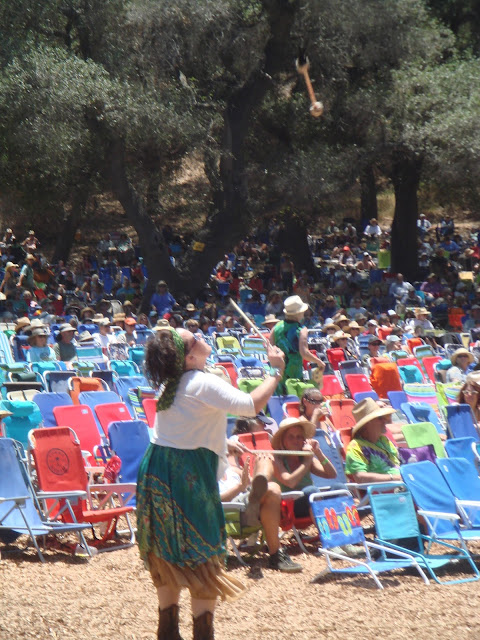 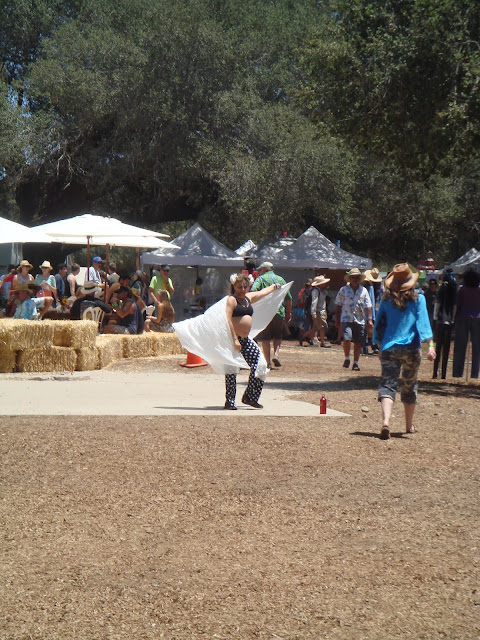 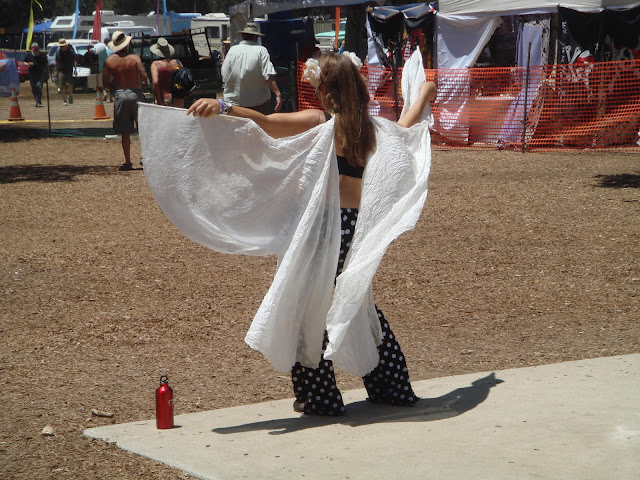 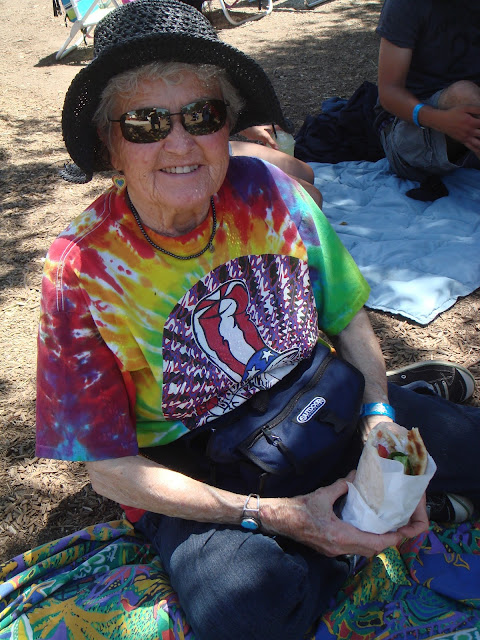 Owing to California's wine culture, there are amenities the old festivals may not have had. 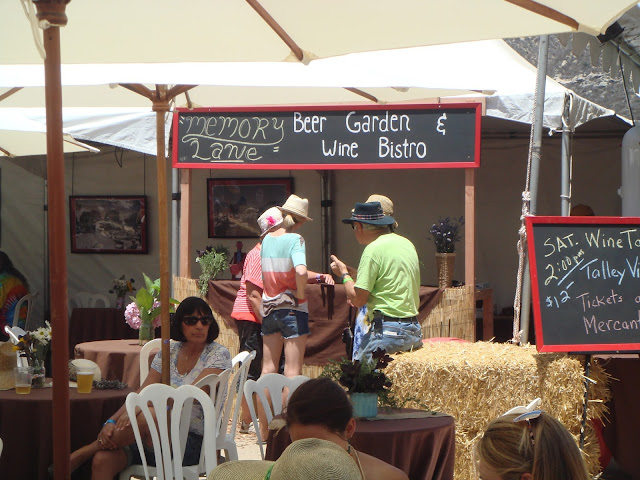 I watched as one of the performing musicians tuned and played the first guitar in the left rack.  She made it sound great.  She ended by smiling and saying, "this thing would make me crazy." 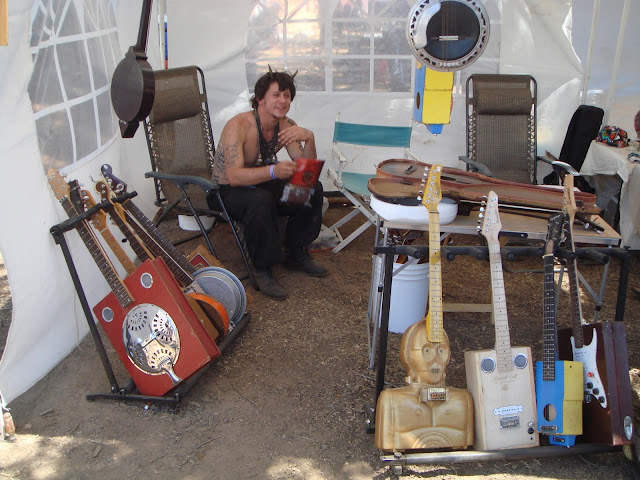 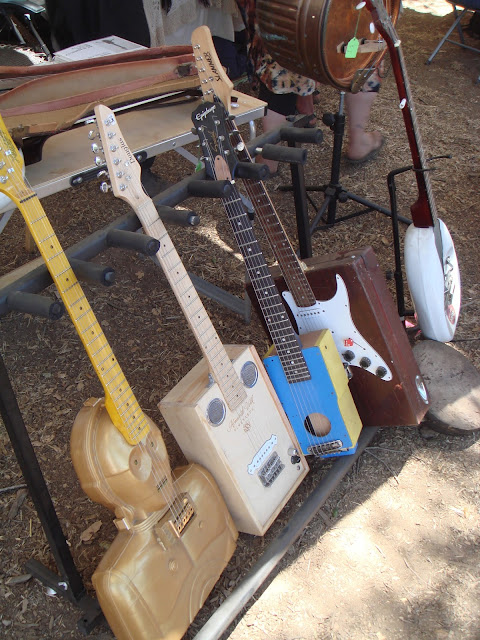 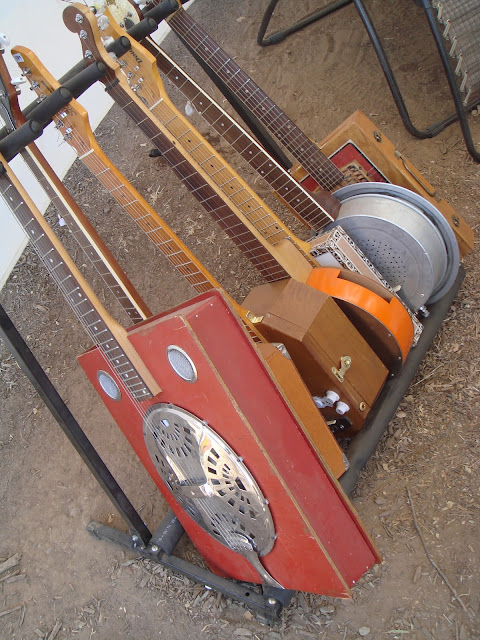 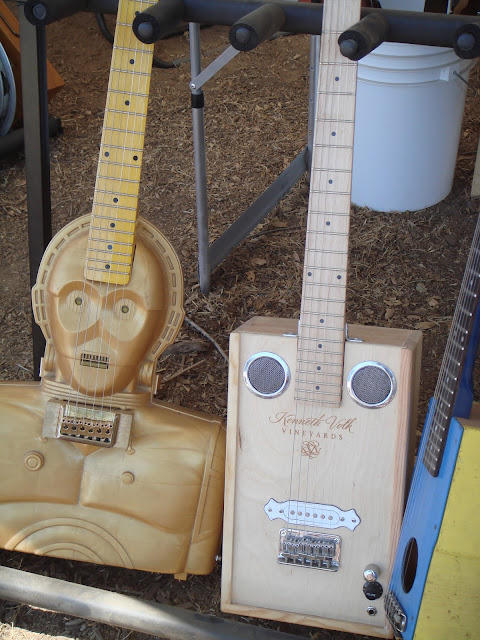 Later, another of the players had R2D2 sounding pretty good. It would have rocked the Star Wars cantina. 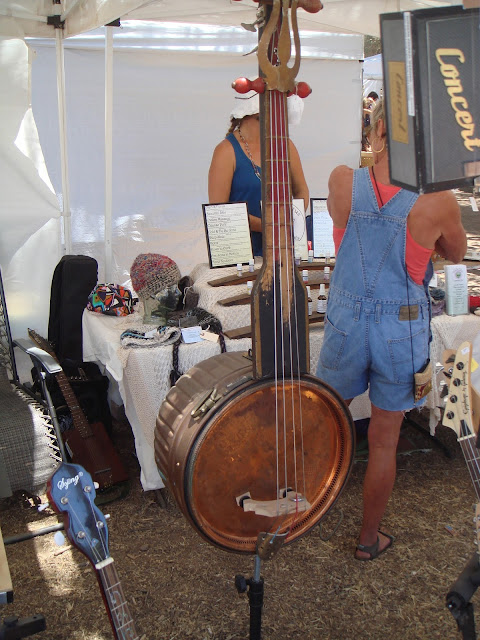 Those live oaks shelter a lot of great memories and have heard some extraordinary music. 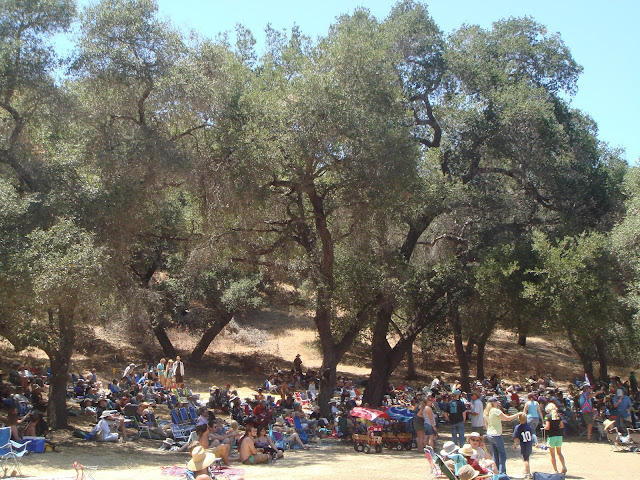 and an occasional nap. 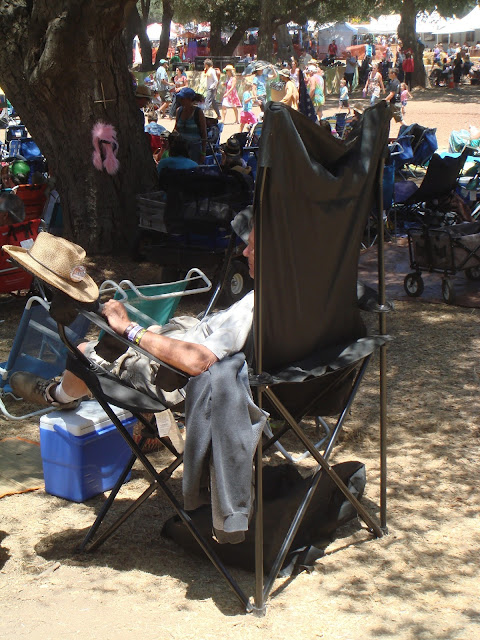 Some chair, huh?
See you down the trail.
Posted by Tom Cochrun at 12:03 PM