GETTING OUT OF WAR 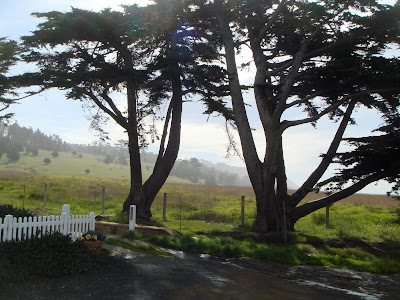 A couple of thoughts have emerged from the political fog, and I believe there is a confluence.  (For those who come to the blog for the photographs and lighter musings, please excuse my rancor. There are photos and mirth below.)
We are in an historic budget jam and the Pentagon is now fudging on our intended departure date from Iraq.  So I wonder why do members of the house and senate not draw the connection between the astronomical costs of making war(s) and our budget misery?
And, why are they so blind as to not cite the cost of the financial bail out as a contributor to our economic sadness?  And why is the White House also clueless?  Where in the budget deal and all of the exuberant hiss, steam and froth from politicians and pundits have those lines of connection been made?  Yes, I know there were a couple of columnists who tried to illuminate, but most of the discussion has been about politics, who gains, who looses, and where do we put the decimal point.
There are basic and fundamental forces at work.  War costs like hell.  We have 2 or maybe 3 fronts open. Investment bankers are paying bonuses, again!  Companies like GE are opting out of paying taxes?  And the best our elected representatives can do is battle over peripheral spending???
The so called "Ryan Budget" has provoked some earnest response.  Someplace between those who want to implant into him a heart, and those who would follow him like lemmings is an opportunity to examine not only how much we spend, but how and why we spend.  And this "Dear Brutus" takes us into a hall of mirrors where we could and should examine how it is that both the House and Senate work.  Who really does the thinking and decision making?  What about those characters over there in the shadows with the $800.00 pair of shoes and tailored suits, and PAC contributions?  Those hired mouths and hands from K street who prove that turning tricks can still earn you a big pay check. They who whisper in the ear of our elected officials, or help "draft" the legislation,  or "educate" key staff members if not the politicians themselves.
OK-you've heard and read rants like this from others.  If however, we reduced the amount spent on elections and reduced the length of the campaigns, a lot of that K street influence would slink back to the swamp, or they might just stay in the house or senate from whence many of them slithered, or better yet those "sorts" might not even enter politics.
Today governance is the inconvenient after math of electoral politics. Government is a byproduct of the business and industry of campaigns, elections and politics.  And it is full of egos, boneheads, crooks and the sexually frustrated. Yes, I know there are some decent men and women still on Capitol Hill, but we had better surround them with a protective grace because the idiots are driving the bus.
Take big money out of politics and you'll have politicians/public servants, even, who are more devout about using the public money and trust to better ends.
How else can you explain why the big targets like WAR and the FINANCIAL BAIL OUT TO THOSE WHO CREATED THE CRISIS some how have disappeared from the moronic discussions about how much are we going spend/cut?  Oh, and there is the hand wringing about what happens in Iraq after we leave.  Well who were the geniuses that bombed them from modernity with a single madman in control to a tribal shootout in a busted, broken, limping nation presided over by holy hellions, zealots and other salivating wackos? How many innocent victims become spectres to visit the conscience of America? And how much did that little perversion of truth cost us?  And which American companies have made how much off of the adventure?  You figure they pay taxes on that war profit? You figure they have any paid influence on Capitol Hill? 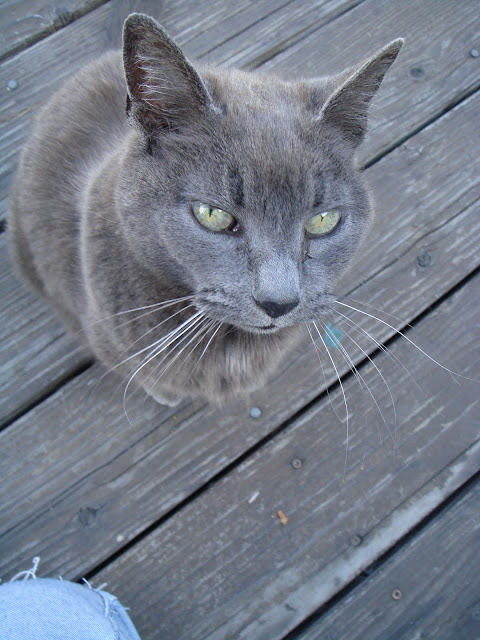 But I'm also too cool to sweat it.
So enough already.
SOMETHING NEW FROM SOMETHING OLD 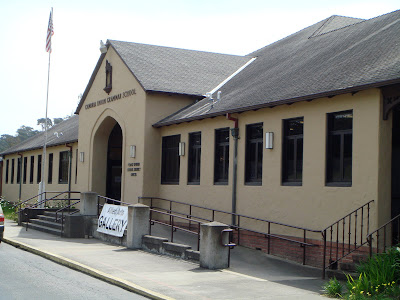 The beautiful old Cambria Grammar School is a case in point.
Instead of being trashed when the new schools was
constructed, this proud lady now houses
an Art Gallery, Community Theater and
School Board Offices.
Is there a lesson here?
DAY BOOK
POPPIES AND FRIENDS
WAITING 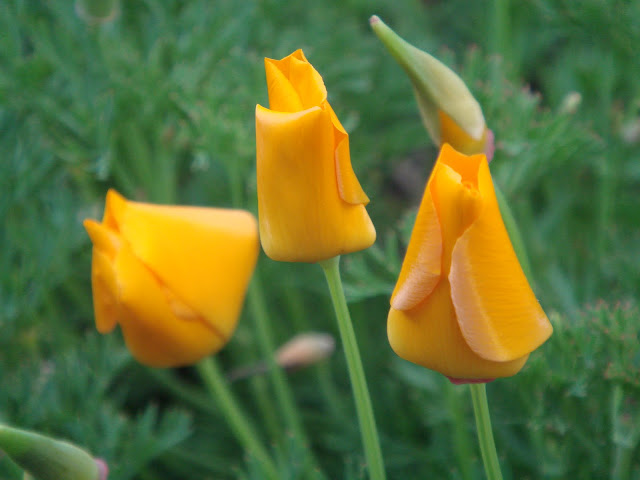 AND AFTER THE SUN 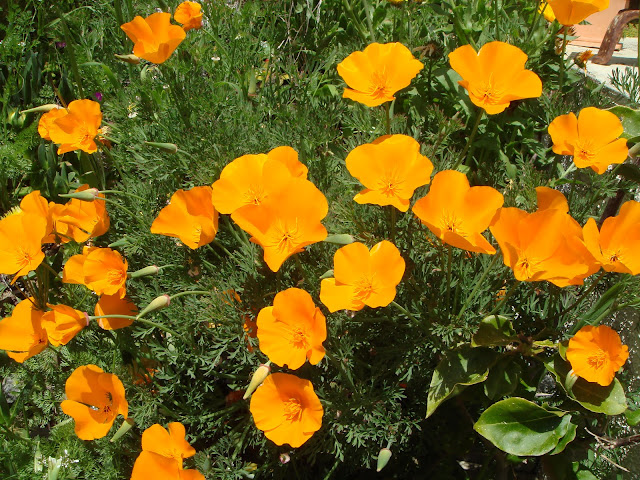 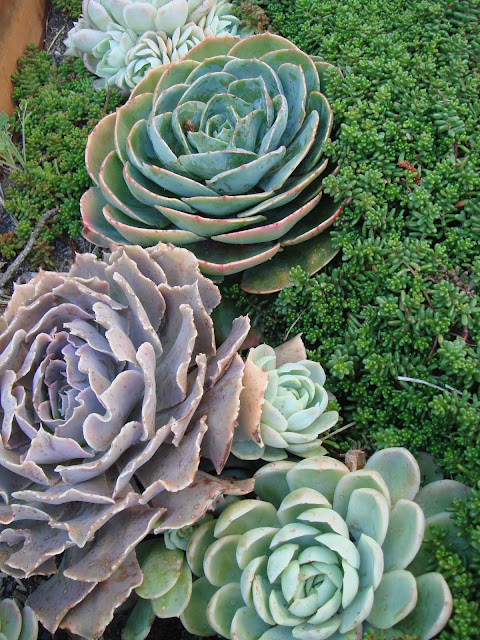 Thanks for putting up with the rant.
See you down the trail.
Posted by Tom Cochrun at 3:57 PM