THIS IS THE SEASON 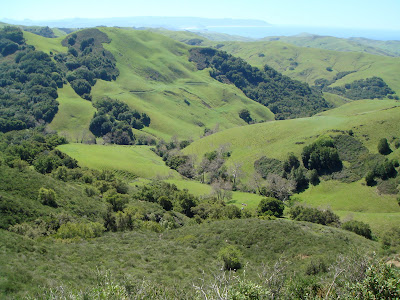 The extraordinary rain season on the Central Coast has painted a lush green world.
I've measured more than 34 inches in what was said to be a "La Nina year," a colder Pacific meaning an expectation of less rain than last year's "El Nino" year that produced 25+ inches. The reasoning, a the warmer "El Nino means" more rain. So much for the forecast and the prediction models. 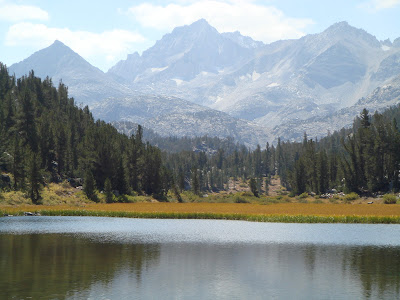 It will be green in the Sierra as well and lakes the like one above, vital to California's water shed, will be replenished. More than 61 feet of snow has fallen in the Sierra Nevada High Country, second highest to the 1950-51 season when 65 feet fell.  Governor Jerry Brown declared the state's three year drought is officially over.
ANOTHER MEASURE OF GREEN
$
Nick Wilson writes in the San Luis Obispo Tribune that San Luis Obispo County's crop values reached $713 Million in 2010. 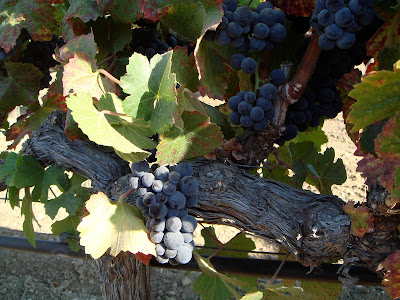 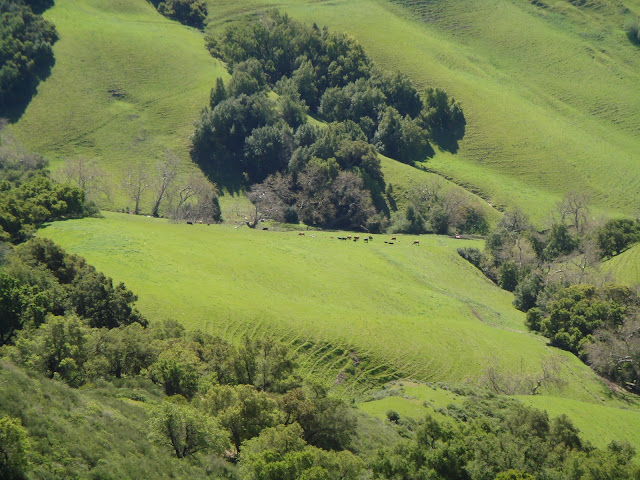 A television commercial talks about California cows being happy cows.  Well those cows grazing maybe happy about the spring green, but their owners are as well. Grazing this season will be very healthy, and the concluding rain season is likely to produce even better numbers for vineyards and farmers next year.
When most of the US is under winter's gray and drab, California comes alive. The green season provides a special visual delight and is good for the bottom line as well.

GO DAWGS!
Pardon my partisanship, but I simply want to express admiration for a favorite basketball team, the BUTLER BULLDOGS. I grew up in an era when Paul D. "Tony" Hinkle took the small Indianapolis university to national prominence.  In the last few years the  basketball program has again proven itself to be a force.  Back to back national championship appearances is a victory in itself.
This years team struggled early in the season having lost a great kid and super talent to the pros.  But coach Brad Stevens and his charges adjusted and surprised even die hard fans.  As a good friend, a Butler Alum and former University employee said "...not supposed to be a final four team, but they just refuse to lose.  Why stop the train now?"
Butler boasts a high graduation rate of its student athletes and this years squad features an academic All American.  They evince team work and spirit.  Coach Stevens, one of the youngest in Division 1, joined the Butler program as a volunteer.  He has now guided a team to the national championship for a successive year, a fete very few achieve.
In an age of "one and done", "face time" players, NCAA violations and sanctions, it is good to see a championship calibre team with the off court class of Butler.  On the court these guys are tenacious, disciplined, hard working and have been giant killers.  Here's to hoping they get one more win-tonight.
See you down the trail.
Posted by Tom Cochrun at 3:02 PM