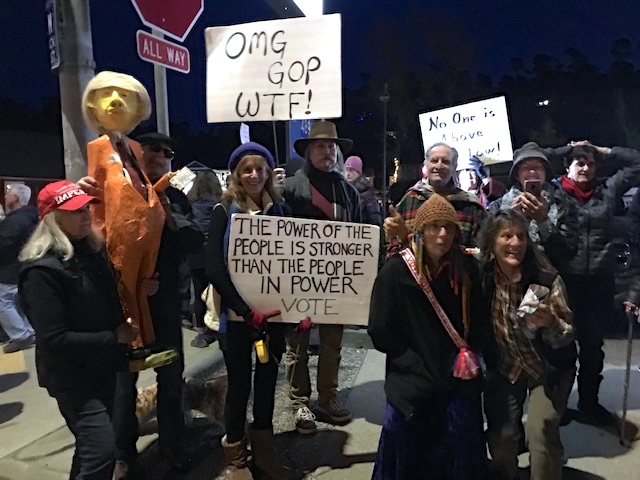 On a dark December night, people brought the light.
In our village tucked between the Pacific and the Santa Lucia mountains citizens joined others from Times Square to LA, at State Capitols, City Buildings, Court Houses, Federal Buildings, in dusky twilight and even in subfreezing ice and snow. From all corners of this nation, all kinds of people spoke the same words. No one is above the law. Impeach! 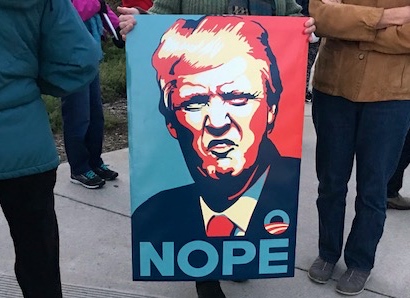 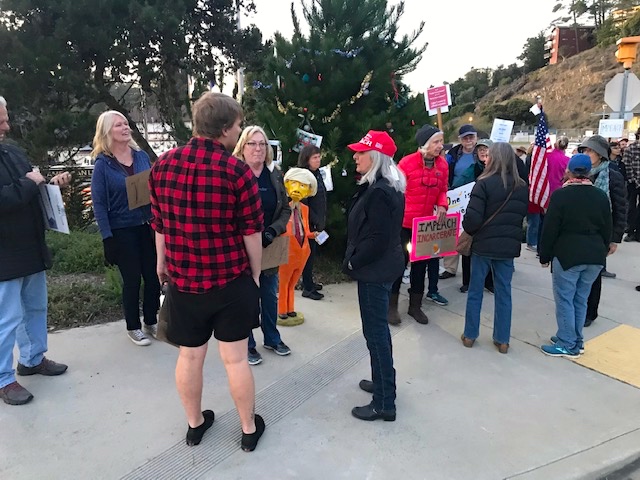 The US is a democratic republic. It is made strong by participation. 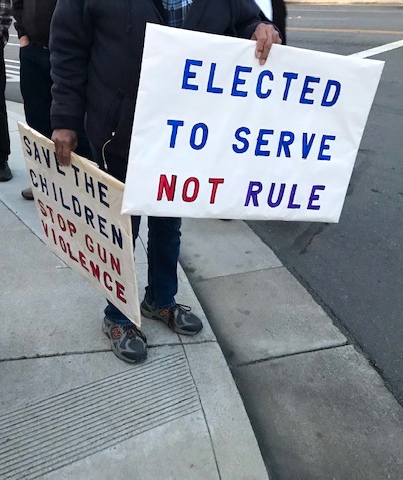 Marchers in a village are meager compared to throngs in  sprawling cities, but the message is the same, and so is the spirit. 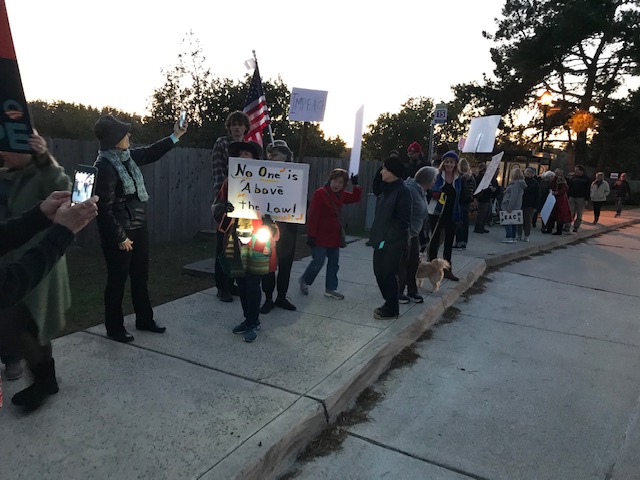 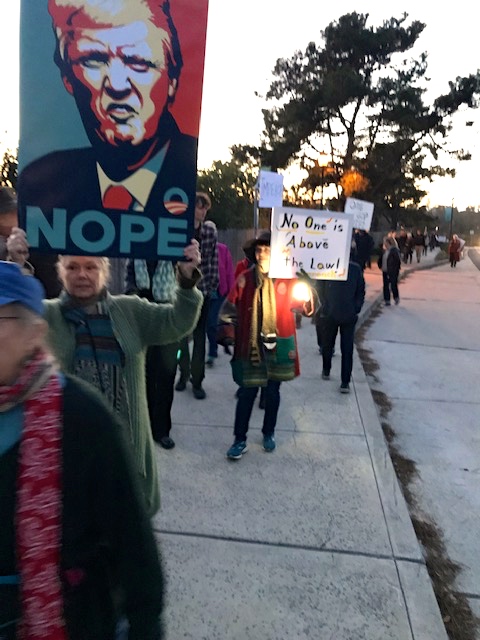 It is comforting to know that US citizens in the height of a festive season of parties and busyness care enough to go out at night, leave the comfort of their couch, or party and speak their minds. To my mind, speak truth to a corrupt power. 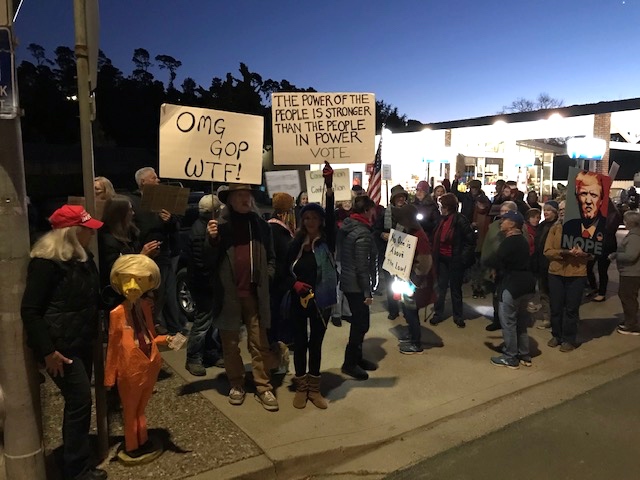 It is a rare moment in American history. On the eve of the impeachment vote a group of Republican strategists announced formation of the Lincoln Project and effort to take control of the Republican Party and turn it from the depraved Trumpist cult. Here's what one of the founding members, Rick Wilson said

...all of us give a damn about this country in a way that Trumpism denies and Trumpism is not about the the sacred nature of the American experience and about the propositional nature of this country. it is a cult dedicated to a madman who is displaying it today and tonight That he’s an unhinged maniac but he is lavishly corrupt and will do anything to defend himself and we happen to believe that the country is more valuable than a temporary moment, a blip in the politics of this country.”


An unhinged madman indeed! I harken back to that August 2016 letter signed by 55 Republicans who worked at the highest levels for Republican Presidents; they warned us Trump was unfit and lacked the character to lead and said he would be a danger to national security.
I can only hope the Lincoln Project may have influence on Republicans in the Senate. If they do not listen to their parties elders, they will be forever smeared with fetid Trump taint.
As one of our chants this evening said  IT IS THE SEASON TO END THE TREASON.

See you down the trail.
Posted by Tom Cochrun at 10:46 PM