A NATION OF LAW-A POLITICS OF FEAR AND FIRE 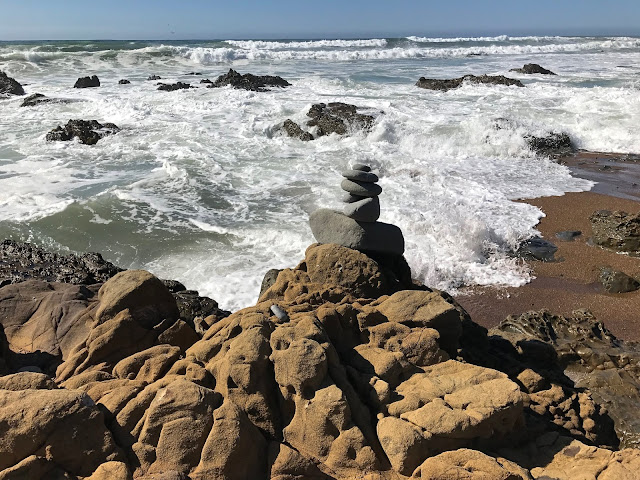 words are inadequate
California grieves. The accounts and images of the hell of the Camp Fire in Northern California hit with such force as to knock the joy of life out of its fulcrum in our hearts. Our tears, depression, and abject sadness, as deeply as they are felt, are meager human echoes to the horrendous reality of those who lived and lost in Paradise and the surrounding area.
The emotional toll conspires to knock this beautiful state out of its natural orbit of nature, light, creativity and a zest for life full speed ahead. The Woolsey Fire complex north of LA has destroyed iconic sets, scenes, famous homes and dreamy enclaves. Hundreds of thousands are upended and live on the edge of uncertainty. Those who survive shudder to think of the loss of life and they way they died.
Somehow the sun shines less brightly.
There is something that can and must be done-bury power lines. Trouble with lines are again the suspect in these fires. In a corporate calculus a board may reason it is too expensive. That is wrong.
Talk has begun in California legislative circles that a private energy company, a monopoly, is no longer the model that works. Time for evolution, for safety's sake, for the people's sake.
My friend Bob who writes the blog You've Got A Lot To Learn, found in the column to the right of this post, has written of his experience with the Ventura County fire. 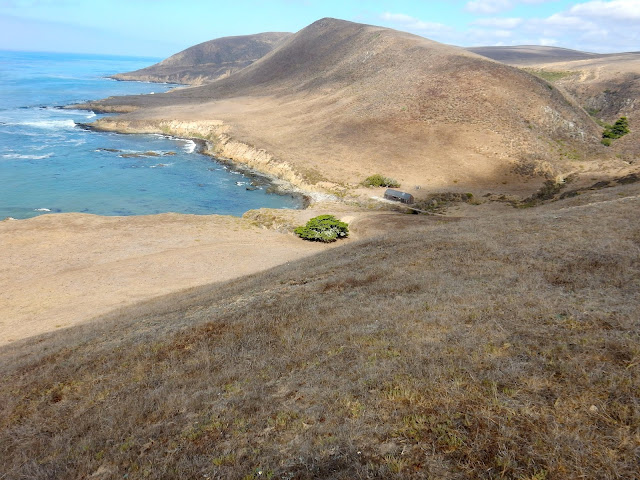 Not far from here, tucked into a hidden cove, stands an old fishing hut dating to the early 20th century. 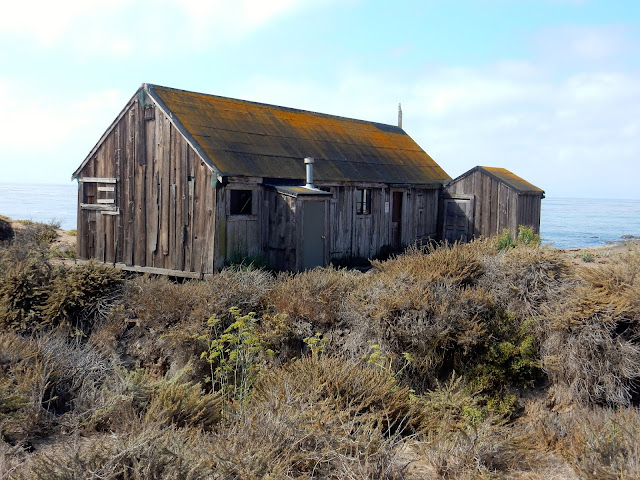 The images are offered as metaphor for retreat, a place away from the complexity of these days. 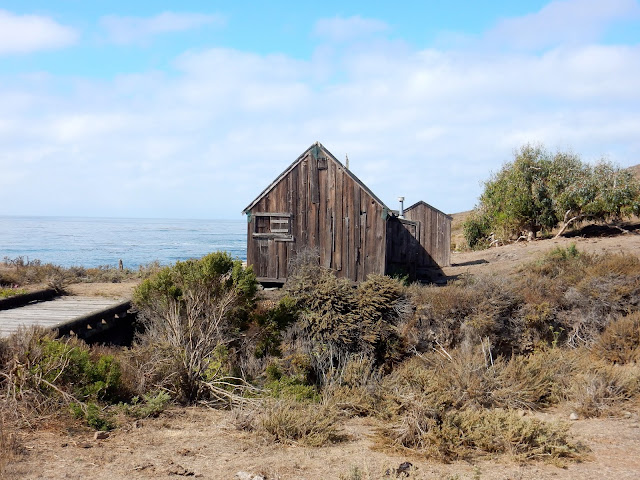 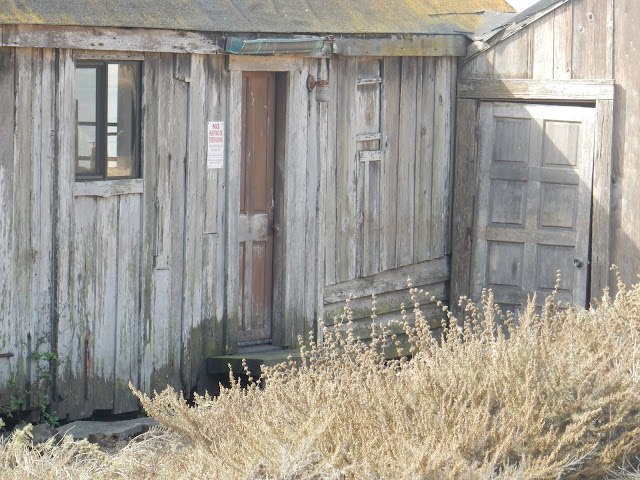 but there is an accounting
the bill comes due

At this juncture I can't help but think of the Dylan lyrics "and it's a hard rains a gonna fall."
Add together these clips:
The US was horribly and embarrassingly "misrepresented" at the Armistice Day ceremonies in France.* The missed commemorative appearances will go down as some of the most offensive and despicable Presidential behavior in history, underscoring his unfitness.
The repudiation of this rogue administration is about to escalate. It is telling when the Fox News organization, a right wing propaganda voice for most of its broadcast day, has joined in the legal action against the dictator-like banning of CNN reporter Jim Acosta. Fox joins ABC, NBC, Associated Press, Bloomberg News, New York Times, Politico, EW Scripps, USA, Washington Post, First Look and others in trying to block this usurpation of press freedom.
This White House is also being sued for the appointment of a former shill of a fraudulent company and who is opposed to the Mueller probe, to be the Attorney General. Just contemplate that for a moment.
No administration in history has had so many guilty pleas and indictments of high ranking staff and cronies and more are on the way. Now the First Lady is making a list of staff who should be fired. All of this is preparatory to what will happen when the subpoenas and investigations begin when the Democrats take leadership of the House. It may feel like a swarm of hornets.
After watching and covering Presidents since 1965 I wonder if this man can hold up to the pressure of the onslaught. He is bloated, overweight, does not work out, has questionable sleeping habits and a furious temper. A major publication is out with an inquiry into his recent behavior and asking if there is something wrong with him.
Now that something is in place to challenge him, now that voters have tossed over some of the acquiescing sycophants, Donald Trump's life will be tougher than ever before. If he's got a breaking point, emotionally, politically or physically we may see it. The bill comes due sometime. And overarching all of this is the Mueller report, also due.

dollars but no sense
At a time when this White House and the Republican party is driving the national deficit to all time highs and busting the budget, one must note Trump is blowing as much as $220 Million on sending troops to the border, even though the experts, the Generals, the Pentagon tell him they don't see the "caravan" as a risk. He's sent 6000 troops and says he may raise it to 15,000. This President calls the caravan an "invasion." In fact his irrational behavior is a diversion, an attempt to work up his base, an appeal to his racist and xenophobic supporters. But it is racism and he undertakes it at a huge economic loss to the nation. It's almost like going bankrupt when you own a casino.

how much is too much?
Here's a money story that may blow your mind. Thanks to Bloomberg, Time Magazine, and Democracy Now we know that Amazon's Jeff Bezos was worth on May 1st $132 Billion. In January his worth was $99 Billion, so he's continuing to earn.
Here are the stats. He makes $275 Million a day, that is $11.5 Million an hour, $191 thousand a minute or $3,182 every second.  The median salary for an Amazon employee is $28,000 a YEAR.  Bezos makes as much in 3 seconds as he pays his employees for a year of work.

the asterisk footnote
*After watching his petulant appearances in Paris and hearing of his refusal to go to honor the fallen in Belleau Wood, or to take part in the multi nation march I thought a few Marines should grab him and give him a thrashing.
Those 50 plus Republicans who served in previous Republican White Houses and who published the ad saying he was unfit and unqualified should have been listened to by their fellow party voters.

A hard rains a gonna fall!

A Hard Rain's A Gonna Fall