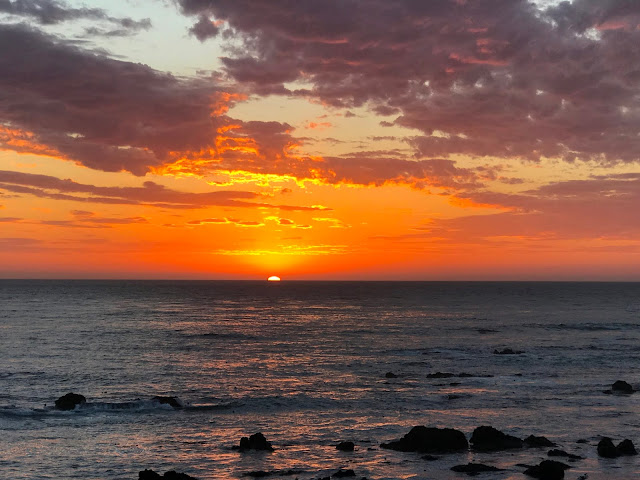 into a tricky twilight
Pay close attention. The White House is in a swirl that is unlike anything else the troubled administration has faced to date. We get into that below. 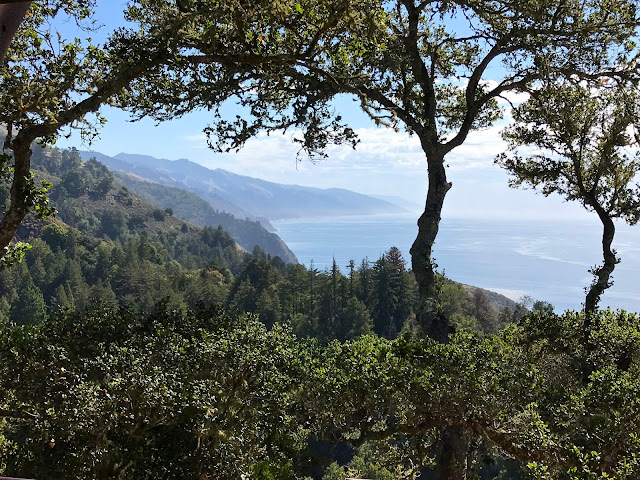 This veteran traveler finds this scene one of the most pleasing anywhere. Looking south from Nepenthe in Big Sur. 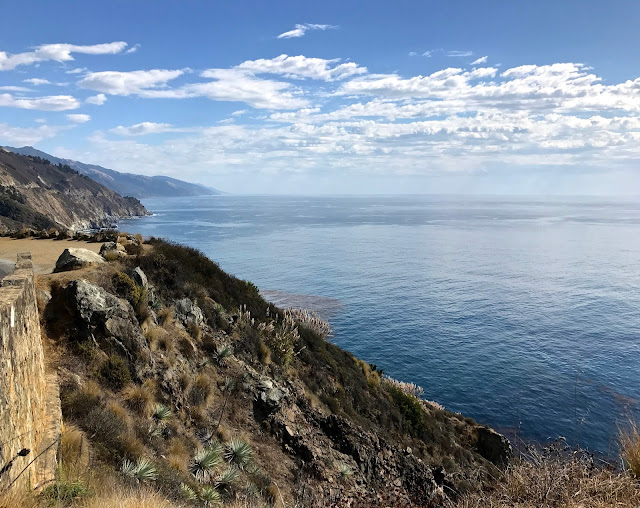 Hairpins, tight turns, twists, long drops, rocky walls and sensational views compete for a drivers attention and energy. It is invigorating, though we have found friends who are challenged by the mountain ledges and winding highway. 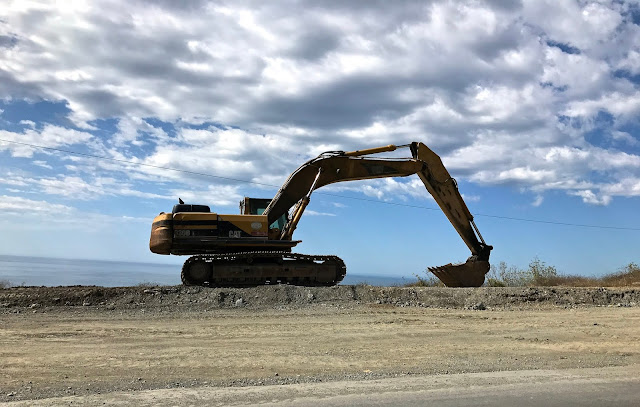 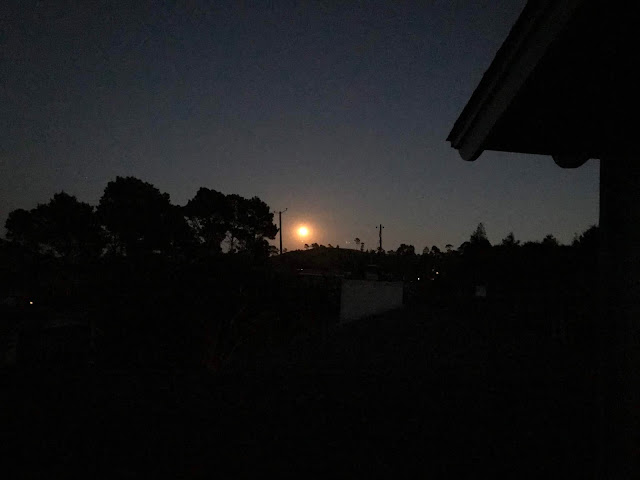 That bright light on the horizon is neither moon nor sun. It is a Falcon 9 Space X rocket racing toward space. The launch at Vandenberg AFB is about 85 miles south from the observation point on my deck. 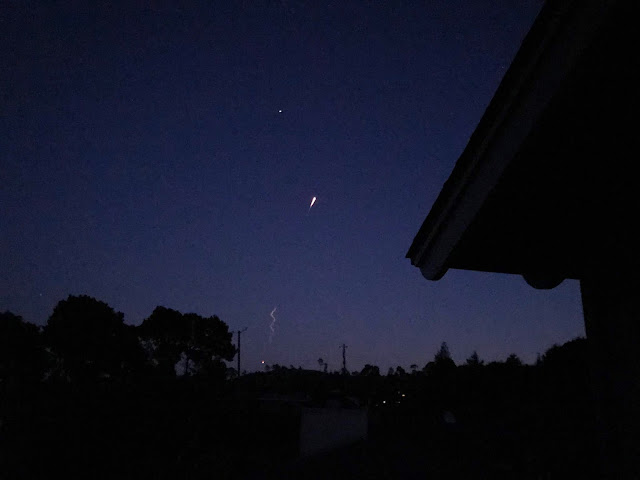 As a kid, fascinated by the new space program, I never dreamt I'd be watching rocket launches from my deck. 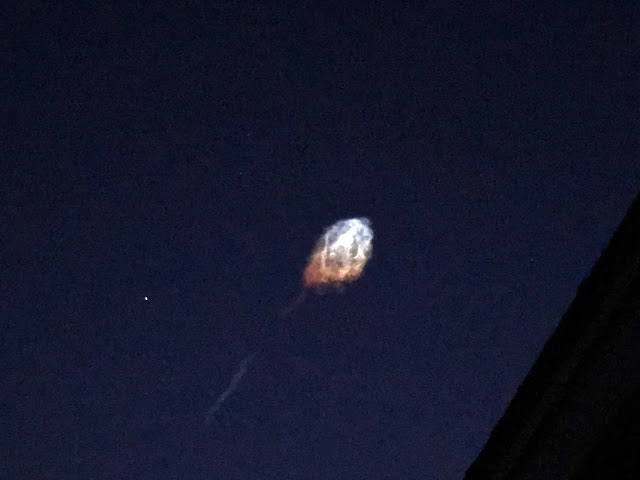 The separation created a bit of a cosmic light show. 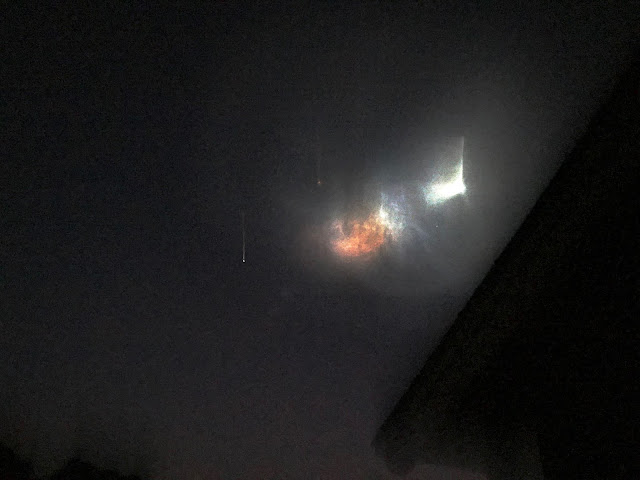 The mission was to deploy an Argentine environmental satellite, but the trick of the evening was to land the Falcon booster rocket, back at Vandenberg in a hard ground landing zone. 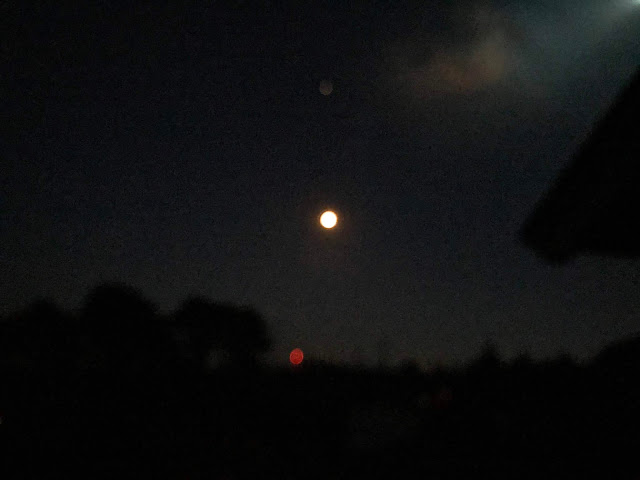 It worked well and this shows the Merlin engines firing as the Falcon 9 was headed home. 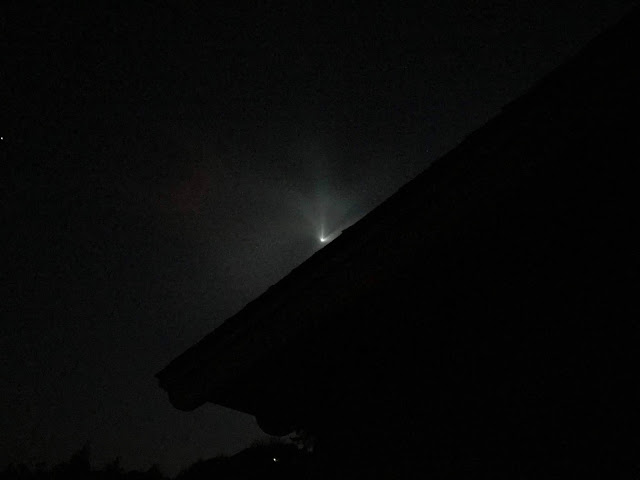 Meanwhile thousands of miles away, the satellite was being carried into orbit and we had a new way to measure the depth of our rich star fields.

more sublime
A longtime friend, who shared ground breaking campus politics and later worked alongside on assignment in Cuba and who's skill and academic/professional arc I have admired, and I were talking like old guys or gals do. We have reached an age where it can be said of us, what they said about Dean Acheson, "Not only did he not suffer fools gladly, he did not suffer them at all."
Thus you understand our present state of agitation.
We stepped out to look at a particularly clear and crystalline like sky abundant with pricks of cosmic light. That has the effect of downsizing the scale and importance of all human endeavor so as to render us and our intrigues to a scale of gnats.
still we have the capacity to ruin this blue ball
So back to the opening tease. Our rogue administration is navigating a new crisis and it is deep water with submerged danger.
The very awful destruction of a human life, in this case a powerful, well connected Saudi and critic of the new crown prince is at the center of a pernicious brew.
As David Kirkpatrick wrote in the New York Times,
"The disappearance of the Saudi dissident Jamal Khashoggi has set off a diplomatic feud between Saudi Arabia and Turkey, a bipartisan uproar in the United States Congress, tremors of uncertainty in Wall Street and Silicon Valley about how to deal with Saudi Arabia, and a noisy spat between the White House and its closest Arab ally."
The man who is said to be in charge has yet to demonstrate study or an understanding of the complexity of the world and this is as complex as it gets. He's already gone off half loaded and has reversed himself. Maybe that will help in this instance. Serial liar POTUS is in good company. The Saudi's have been duplicitous in their long relationship with the US since the beginning. The Royal family has lied, cheated, backed terrorists, repressed women, dissidents and free thought for as long as the "kingdom" has been in place.
So we have a liar and tax cheat going head to head with a liar and cheat and perhaps killer. Isn't it a damned shame, two human beings of the character and quality of these two have so much power and impact? If you are looking for a precis of how this beautiful and fragile world has been put so upside down, here you have it as the crown prince and the rogue president take measure of each other.
See you down the trail.
Posted by Tom Cochrun at 5:01 PM