"YOU WHO ARE ON THE ROAD" and BEYOND THE PARTY

'BECAUSE THE PAST IS JUST GOODBYE' 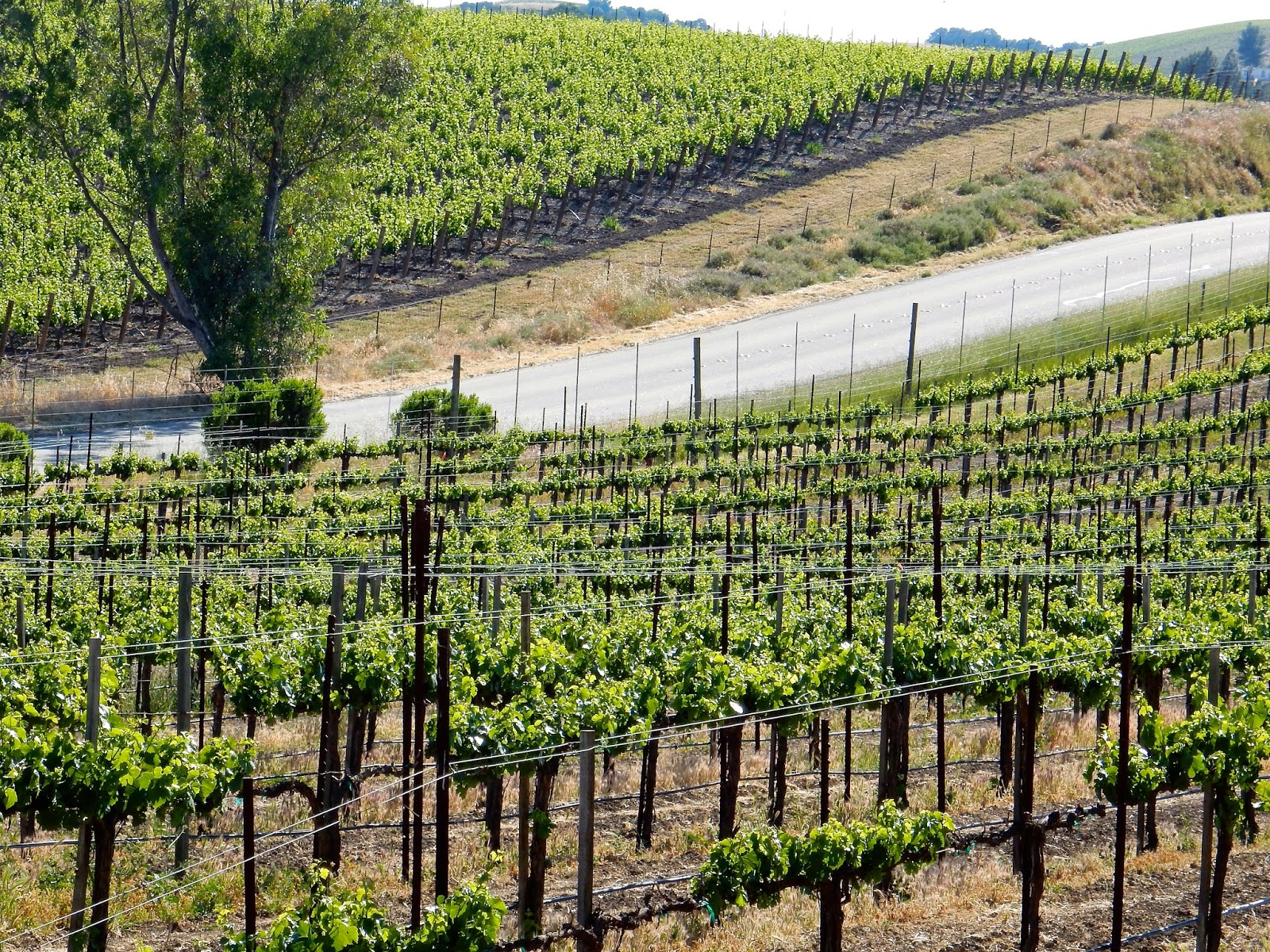 The CSNY lyrics have been playing in my head the last few days. Life's trail has delivered us to another side.

"And you of tender years
can't know the fears that your elders grew by.
And so please help them with your youth,
They seek the truth before they can die."

There was a time and it doesn't seem so long ago when we stood on one side of that time scape, but now the view has changed.

THE MENTOR REACHES A MAJORITY 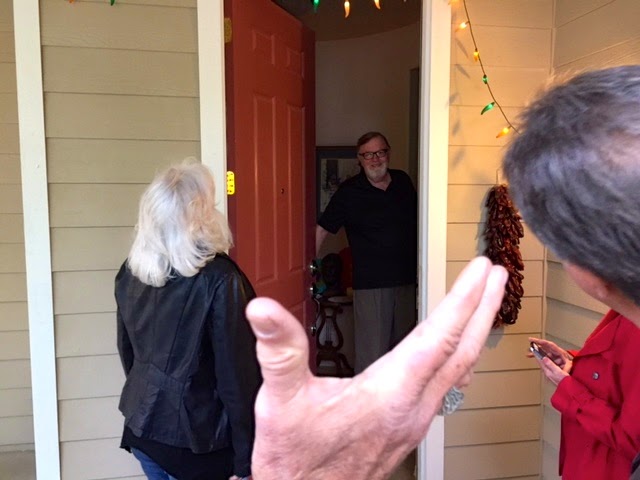 The door opened on these musings when my long time pal, one time colleague and mentor began plans for his 75th birthday.
Bruce Taylor, aka The Catalyst of the blogosphere, is one of the old guard and he has friends of the same ilk. 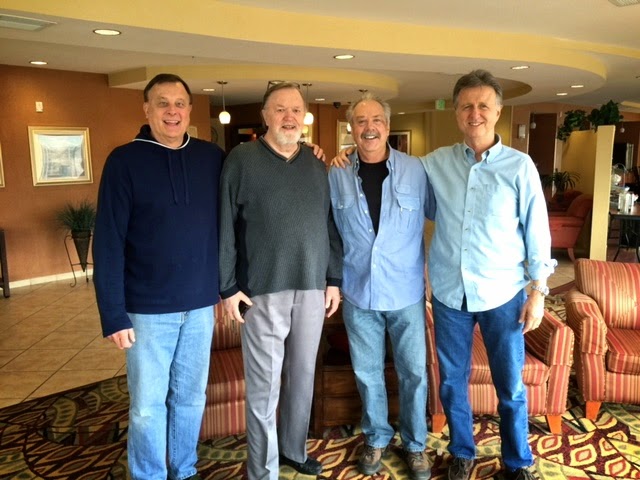 These old boys were once hell bent for leather newsmen.
We were of the generation that worked hard in the pursuit of the evening's news, because it was a good thing to do. Family time, meals, days off, hostile weather or surroundings, distances, dangers and the like were of less concern than getting the story and getting it told. I guess we sensed a kind of entitlement because of the importance of what we were about and so we'd push it.
At the party our mentor, second from the left, reminded us of the old adage, "it's better to seek forgiveness than to ask permission." We lived that way. There was no place off limits, no question unaskable, no speed limit or big shot so important as to stand between us and the job-a job we believed was being done for the public's good and right to know.
We were of a generation of smoke filled news rooms or edit bays, with colleagues that worked, played and drank hard. Sometimes too hard! But that was then. 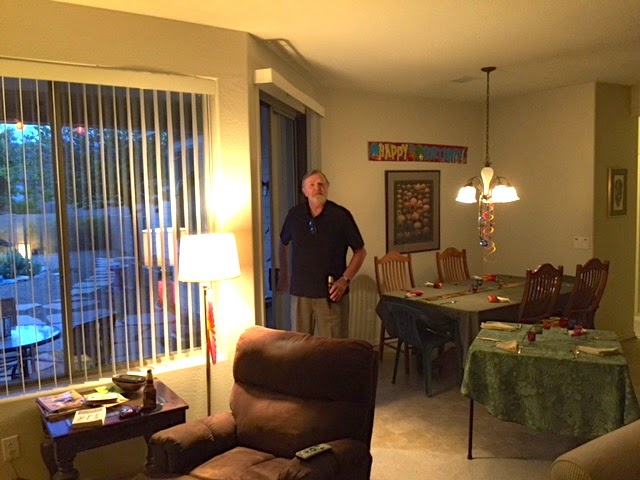 I'm happy to see my old pal living the genteel life of a retiree, enjoying the beauty of his surroundings. But it launches ponderings about where is it all going and so quickly. Once we were on the edge, now we are on the sideline. 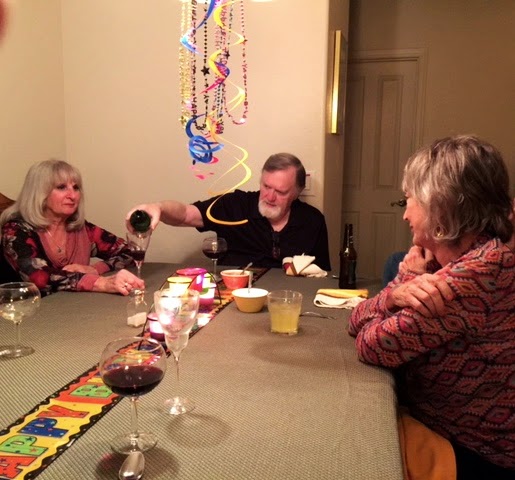 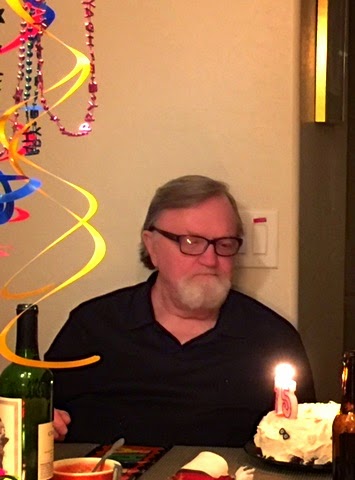 I hope he'll tell me someday what thoughts were behind this expression as he beheld his 75th. This is one of the all time great deadline kings, raconteurs and madmen! So if he is 75, is it time for us to grow up?        Naw!
Thanks to Judy and Gail for preparing such a wonderful feast and two days of party. It was good to connect with a couple of other older boys as well.
So as I ponder the complexities and mystery of the calendar and passing equinoxes I offer a series of shots, as a kind of advice for Old Taylor, cat lover that he is. Maybe we should all do a little more of this. 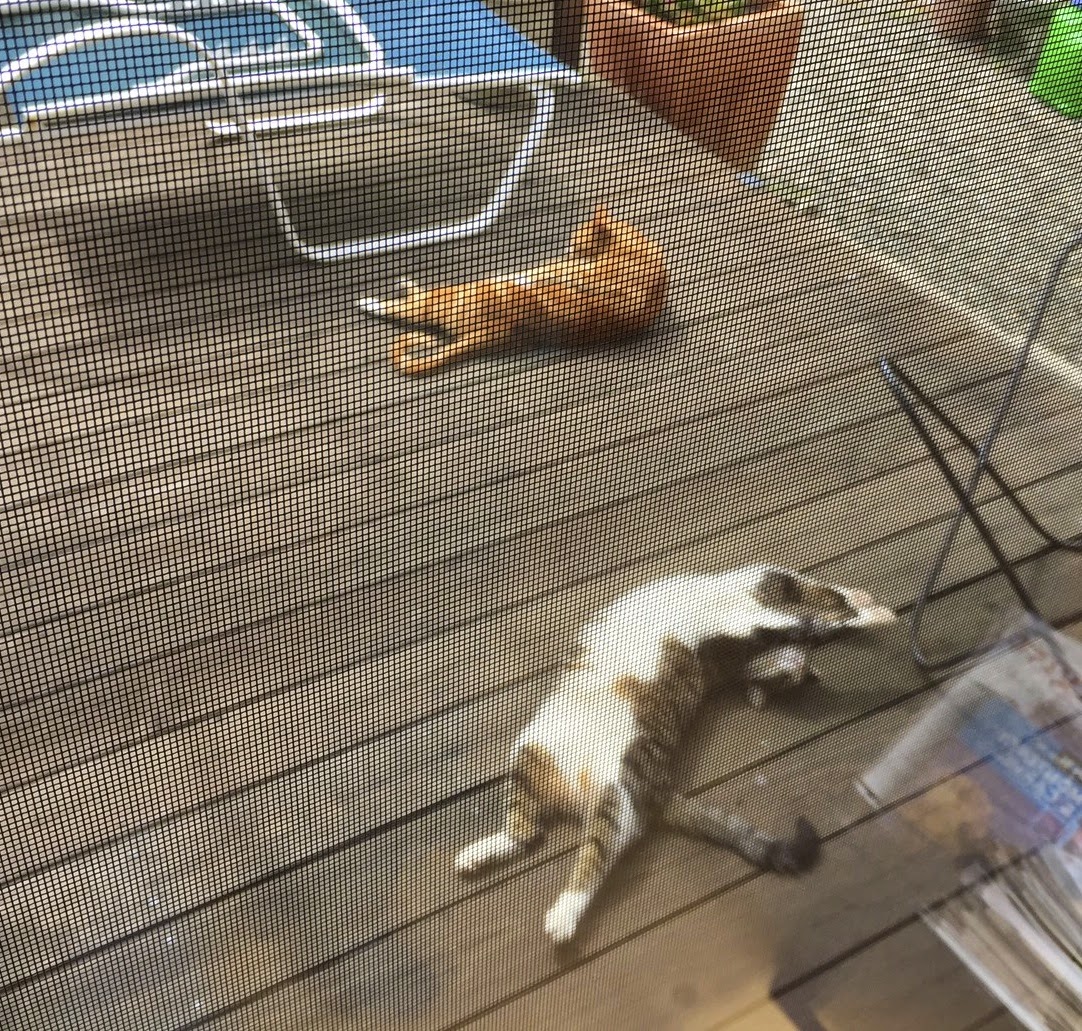 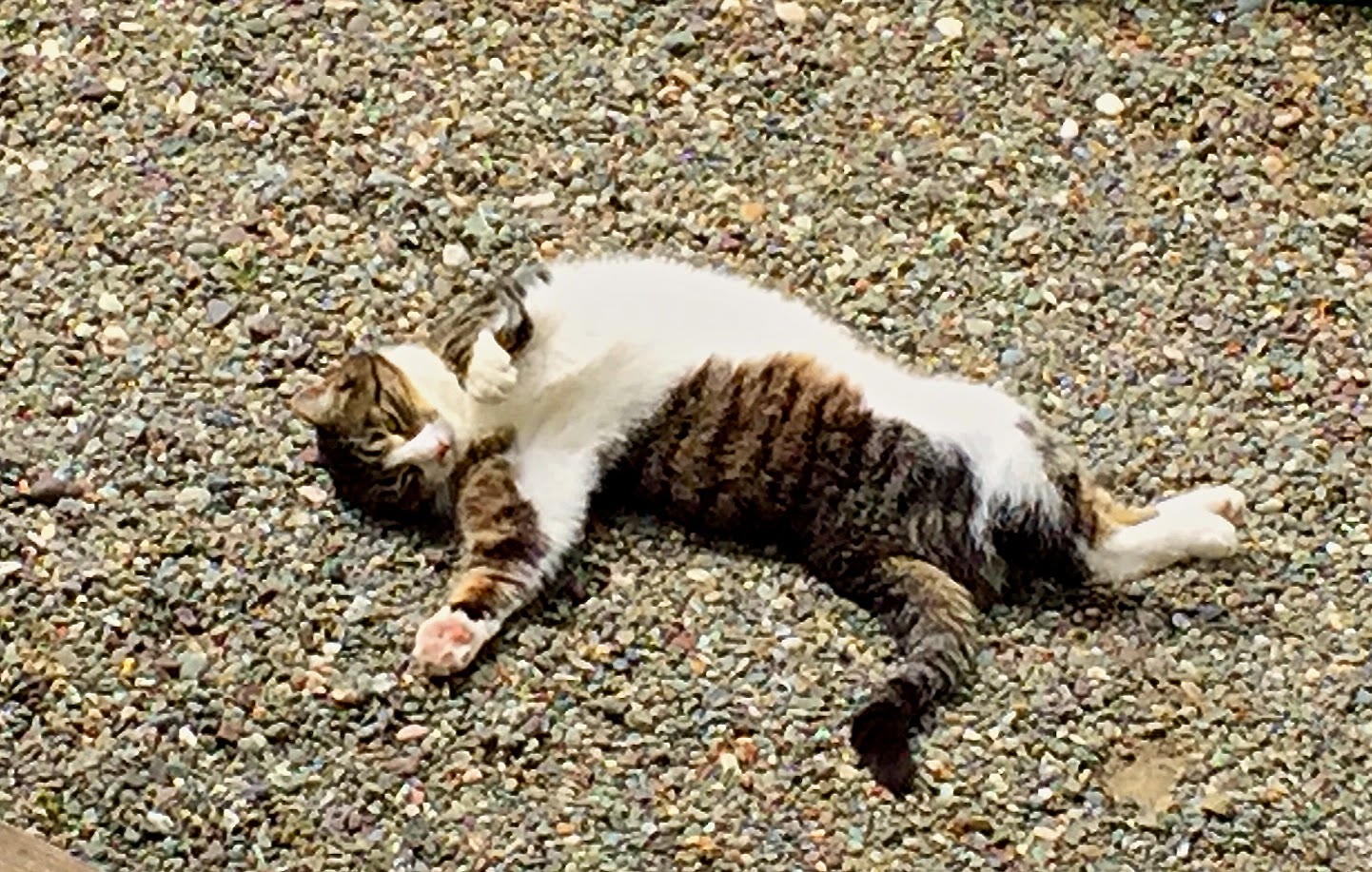 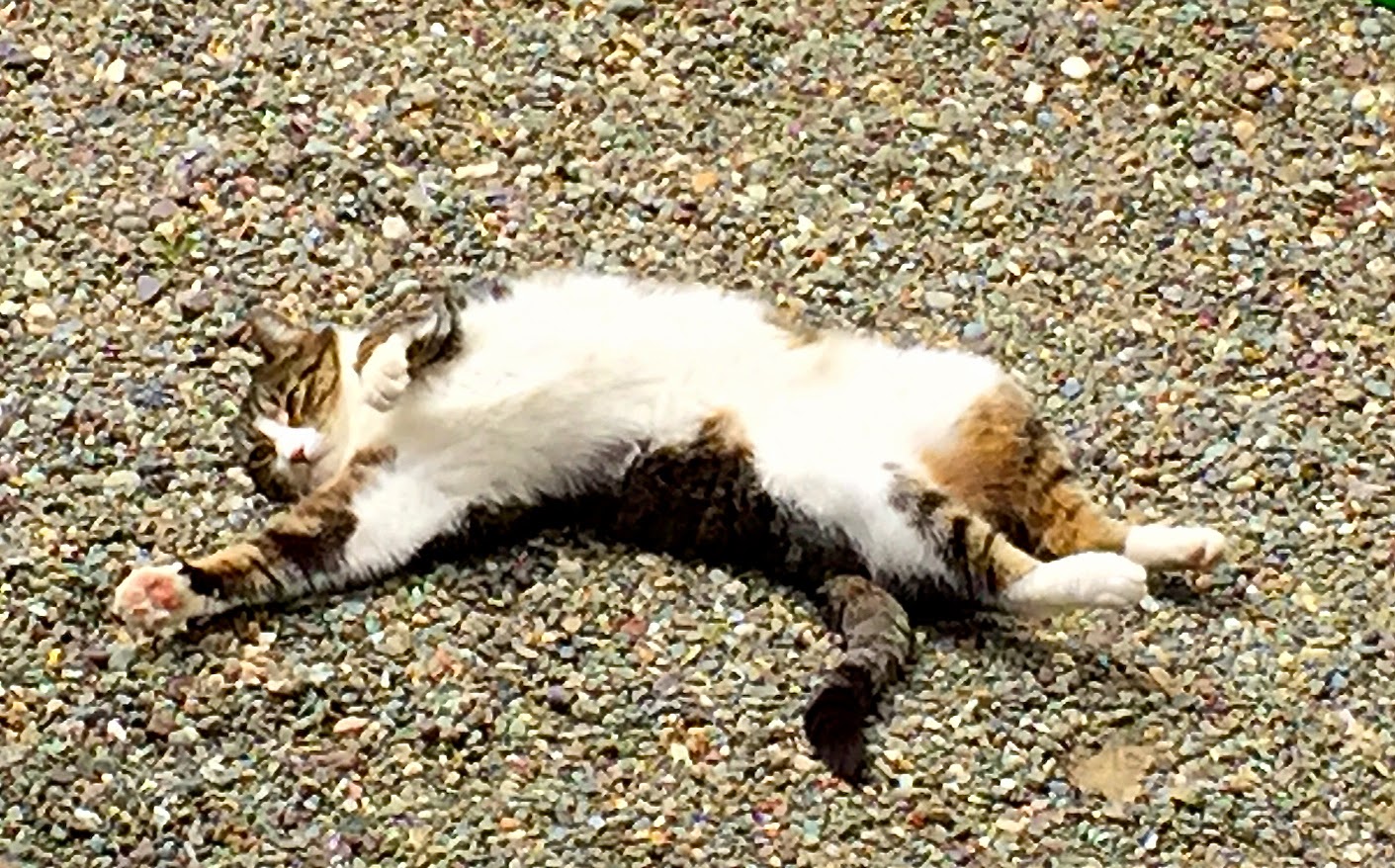 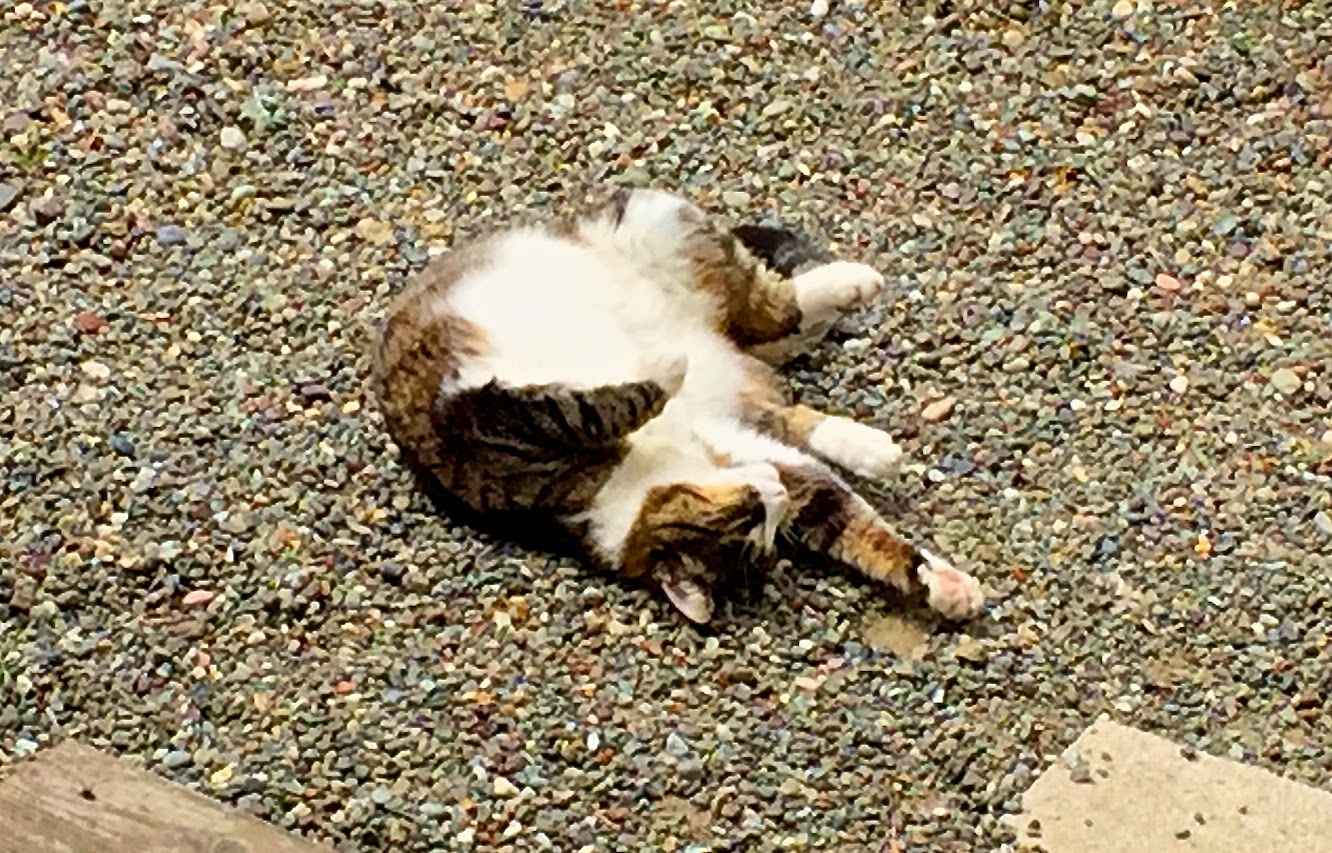 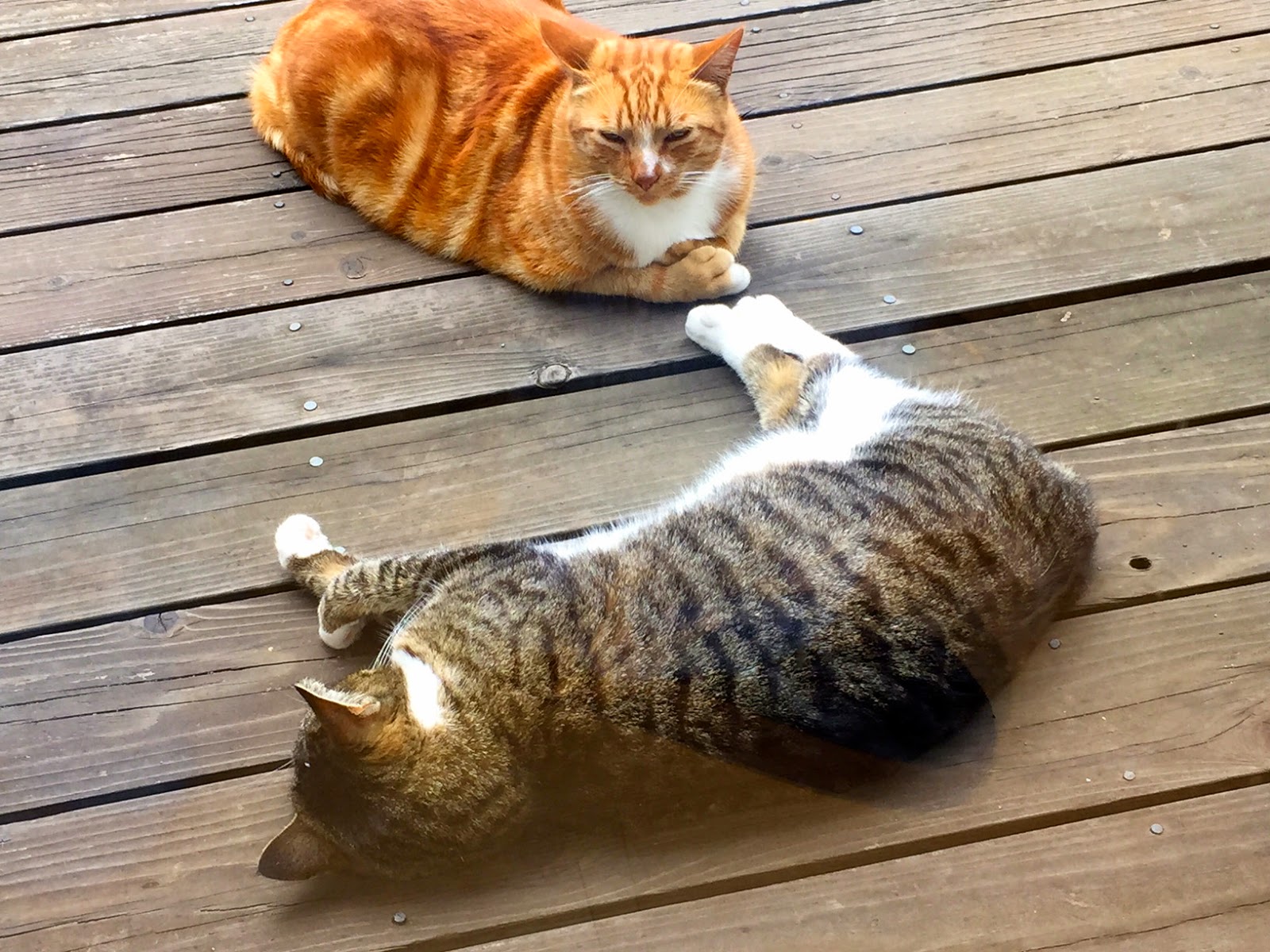 So in the meantime, you of a certain age,

"teach your children what you believe in
Make a world we can live in…"
"…and feed them on your dreams
the one they picked, the one they'll know by…"

See you down the trail.
Posted by Tom Cochrun at 1:05 PM