CHANGE IS A LAW OF LIFE*

Some change is more difficult to abide. The change to Cambria's rare Monterey Pine forest is heart breaking and so too is big change in a little church. 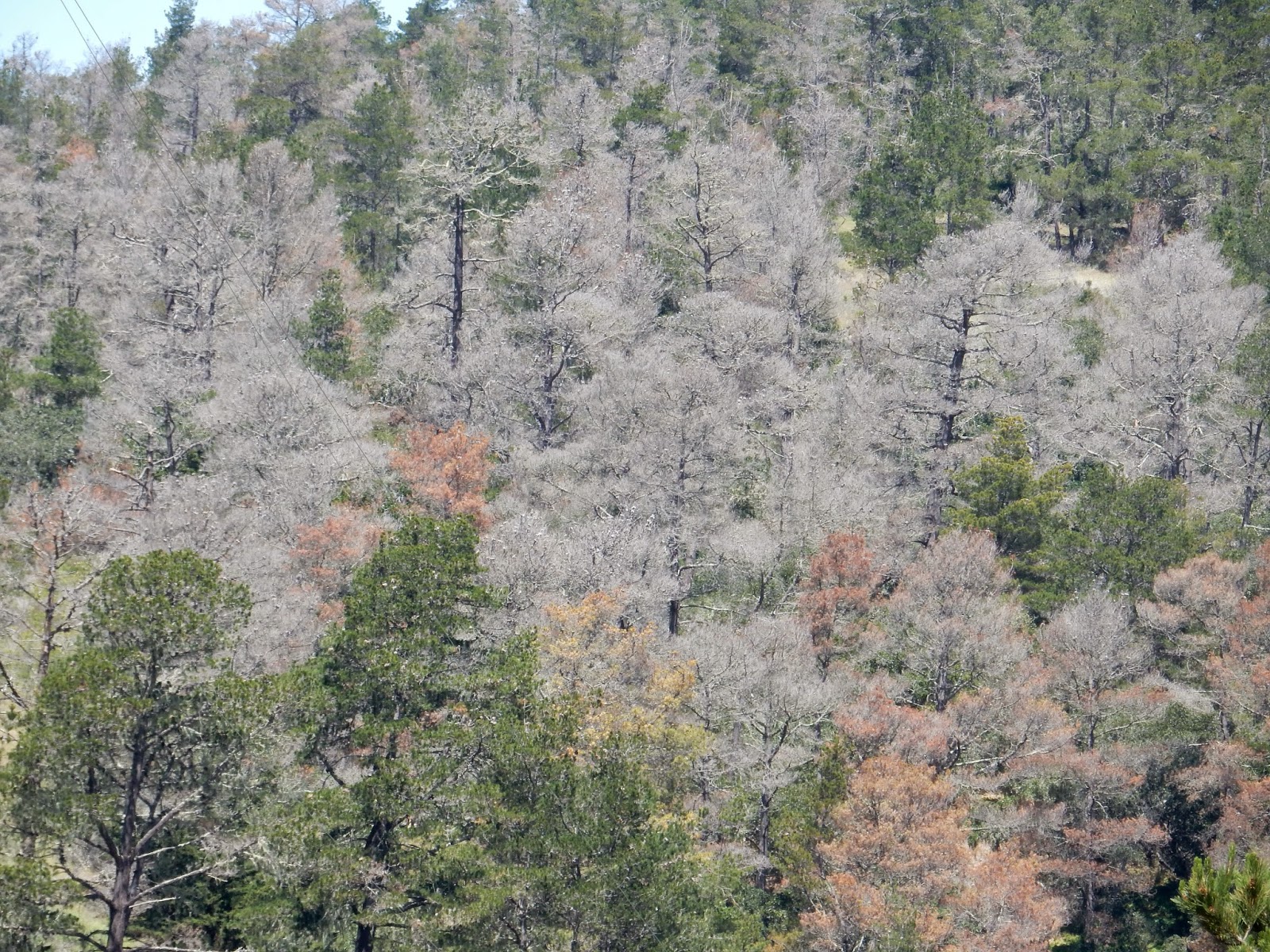 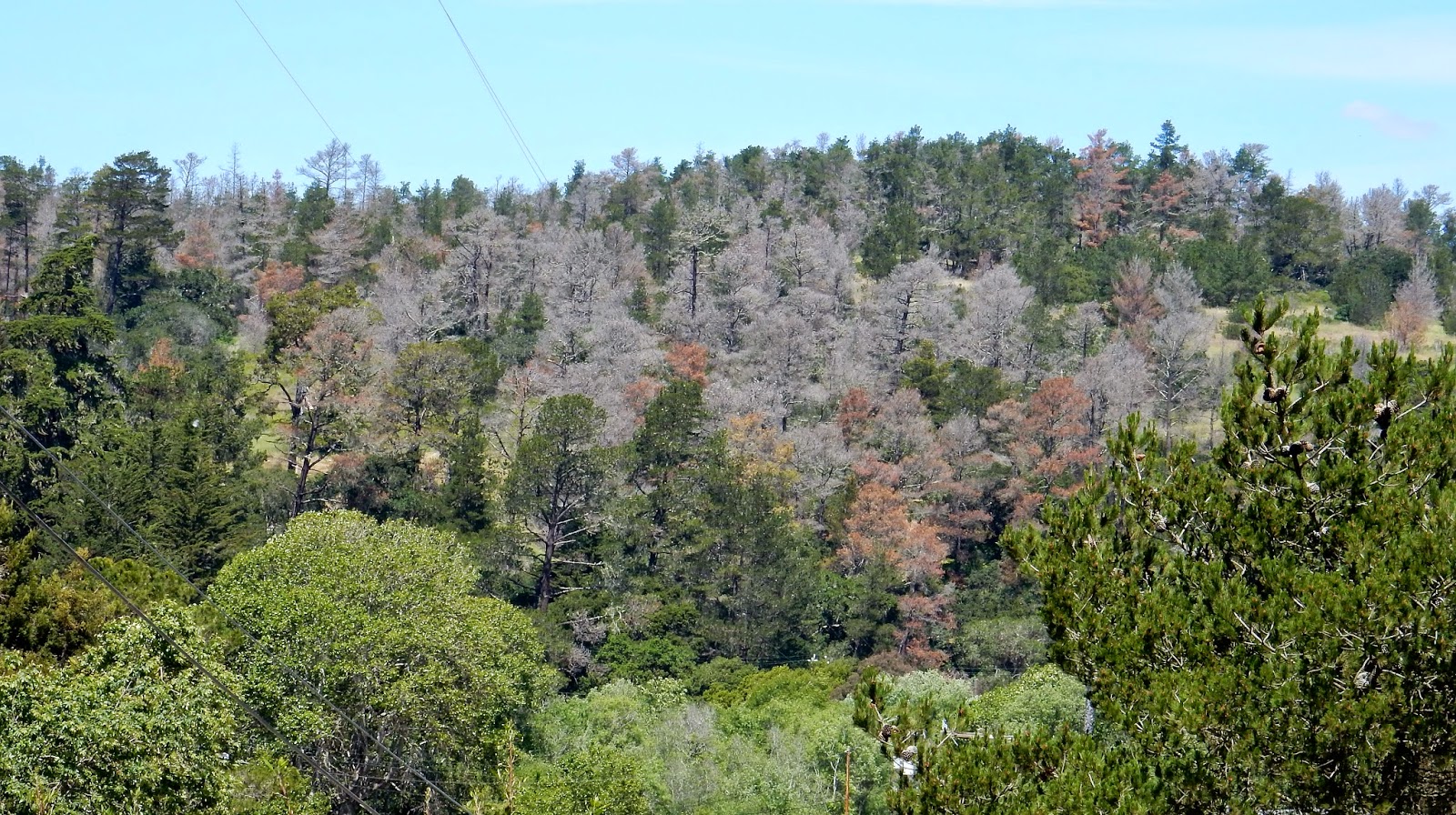 Slopes of the Santa Lucia Mountains, hill sides and canyons display the unmistakable damage, wrought by drought, disease and management practices. It is sad to see though a reminder of the tenuous grasp of life and health.

AN IMAGINARY TALE OF
NOT SO IMAGINARY CHANGE
Imagine a small town rich with diversity of intellect, life experience and birthright. Picture a charming little church where people of all sorts gather in friendship. This is a cast of actors who represent a cross section of ideas, politics, influence, economic profiles, levels of education and attitudes.
See this extended family stand by each other in good times and bad. They celebrate together and they comfort each other as they mourn. They know they have their differences, in the secular world, even in theology, but it is their unity and family which holds them together, so they may grow as people and believers. And they do.
Then a Pastor tells them a danger is lurking. It is the danger of homosexuality and forces in the larger church and world who advocate for equality and full human dignity. But  gay and lesbian people are sinners he says and the church should take a stand.
A division shakes the happy family. Some protest that all people are God's children, made in God's image. Others act as sheriffs "enforcing" the Bible. Whispering begins. Distortions are spread. Friendships unravel. Couples quarrel. The men who wrote the Bible are on the most quoted list. Others say look to what Jesus said and did. The Bible becomes a tool of verbal warfare. People are sickened, sad, angry. There is no joy in the once happy little church. Some depart. Others warrior on, convinced they must take what is left of the little church to a new order where gays and lesbians absolutely will not be permitted to be a preacher.
One group says all humans deserve dignity to teach and preach and be regarded as fully human and equal. They say it is good to have a diversity of view and to discuss and debate even our deepest beliefs. Another group says no, those are progressive ideas, we are meant to be bound by the authority of the word.  Which word, the others ask, which interpretation, which translation? The words of Paul and other men or the words of Jesus? And so it goes.
This imaginary little church learns about change.
Droughts of spirit and love, disease of anger, fear and management practices must also affect imaginary little churches.
Change is hard. Sometimes imagination can help.

*John F. Kennedy is credited with the quotation. The complete sentence is "Change is a law of life and those who look only to the past or present are certain to miss the future."
See you down the trail.