SHADOW PLAY and DOES THIS SURPRISE YOU?

Wherein a recent walk over a bridge spanning a now dry wash offered a chance at a dimensional portrait. 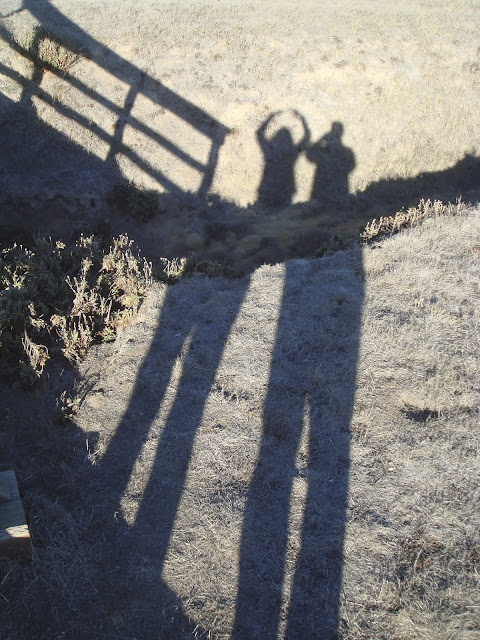 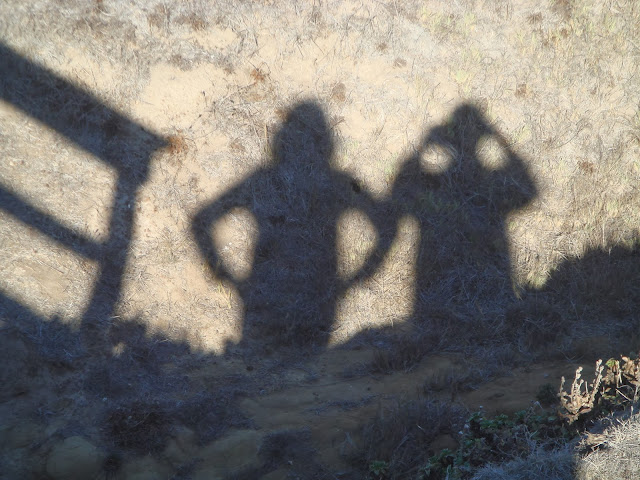 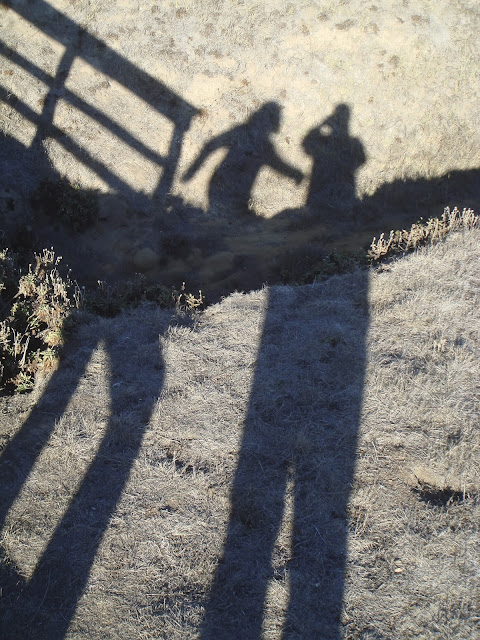 You can see the effect of the now historic drought along the central coast.  We need rain.

IS ANYONE REALLY SURPRISED?
In reviewing data from four states, the Associated Press has learned you can't trust what the oil and gas industry says about ground water contamination.
Records from Texas, Pennsylvania, Ohio and West Virginia find many more problems with well water contamination than what industry sources say, that such problems are rare.
There are serious problems and they are spreading as gas and oil drilling and fracking spread.  Too bad there isn't a law to crack down on lying corporations and public relations officials. Too bad too that Dick Cheney got away with his criminal conspiracy to allow the lying corporations to skirt clean air and water standards.  And while we are lamenting, too bad the justice department hasn't gone after crooked Dick for any number of his corrupt practices, many of which are now documented by authors, historians and the Inspector General's office.
Cheney has lived long enough to see the truth made public about how even George W banned him from the oval office and close contact. I hope he lives long enough to see criminal charges brought against him.  He can totter off into the sunset assured that historians will rip his heart out-that would be his original heart, mechanical heart and the one he got when others, more critical and more in the target profile, continued to wait.  Too bad no one has investigated how the old buzzard got that new heart.

See you down the trail.
Posted by Tom Cochrun at 5:27 PM