ON SIMPLY BEING
Some times a scene presents itself and leaves me awed by the wonder of it.
This morning two fawns, spotted still, only days old, were bounding through the open space north of our house on the ridge.  They seemed to hop and leap on all four hoofs  as though flubber had been attached. I was so amused by  their fascination with near flight I didn't want to leave to grab a camera. They were like kids on a trampoline. I don't know a whit about cognition in deer, but it sure looked like joy.
SUN SET AT MORRO BAY 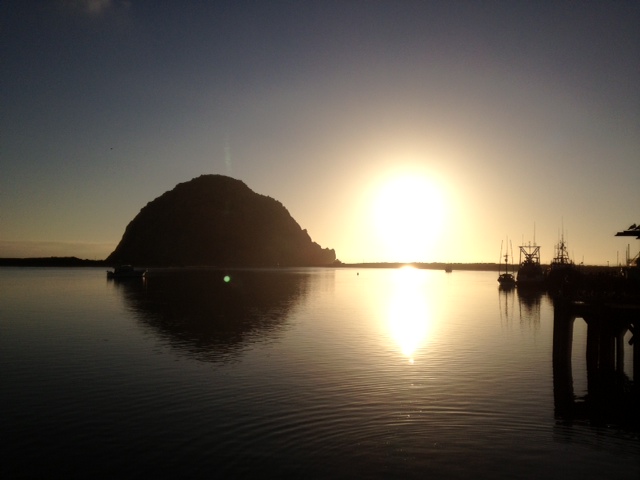 REEL THOUGHTS
THE LONE RANGER
Note to critics-What do you expect?  The first and last thing you need to know is, it is after all, THE LONE RANGER!
Director Gore Verbinski and Johnny Depp have worked together so often, and so effectively when Depp is animating a costume with a character of his creation, it had to be good even if it was bad.  But it is not bad.
It is grand telling of American Iconography.  The big west, is BIG and gorgeous.  The action is big, huge and on a scale that could set the standard of western action scenes. The villains are classic renderings-sinister, nasty, vicious and BIG. In a way, they are the mold for such characters, despite that such tales have been around since the Lone Ranger rode on the radio.  There is an honesty too.  Big business hustlers riding rough shod, controlling land, abusing Chinese workers, lying and cheating to Indians, and using the Army for their own venal purpose. Ooops, how did some real history get so cleverly laid into this big, almost comic book entertainment?
Arnie Hammer's Lone Ranger has that same "good guy" nobility of Clayton Moore's portrayal, though more human, quirky and real.
Depp's Tonto is indeed a masterpiece. Strong, not a subordinate or side kick, clever, witty and with his own tortured tale that makes his "back story" such a powerful motivation.  Without giving up too much, the scenes of the old Tonto are powerful. Depp took the icon to a complex, rich and proud new strength and standard.
It's the Lone Ranger-true to form, as you may remember it from kid hood. But better, because it is more funny, more action packed, more beautiful cinema graphically, more nuanced, more honest, more political and BIGGER!
ROUNDING OUT THE EVENING 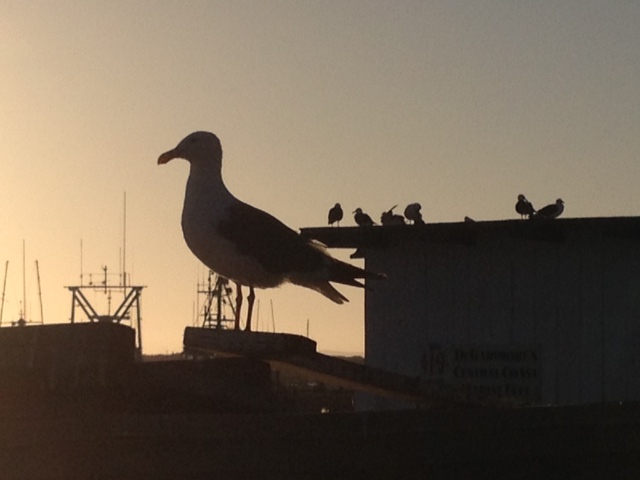