Moved by the Mountains

It had been 8 years since we visited one of our favorite places on the planet, the eastern slope of the Sierra Nevada.

Spectacular peaks crown the western rim of the vast Owen Valley on one of the great drives in the United States. 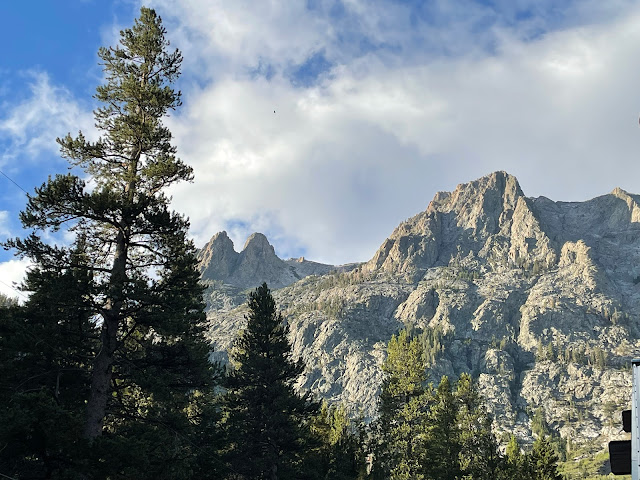 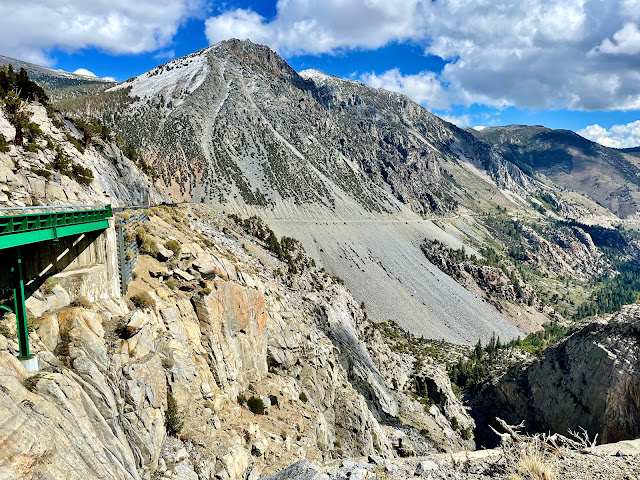 We had booked access to Yosemite National Park, entering it from the east so we could drive the famed Tioga Pass. That thin line at mid mountain is the Pass, heading east. 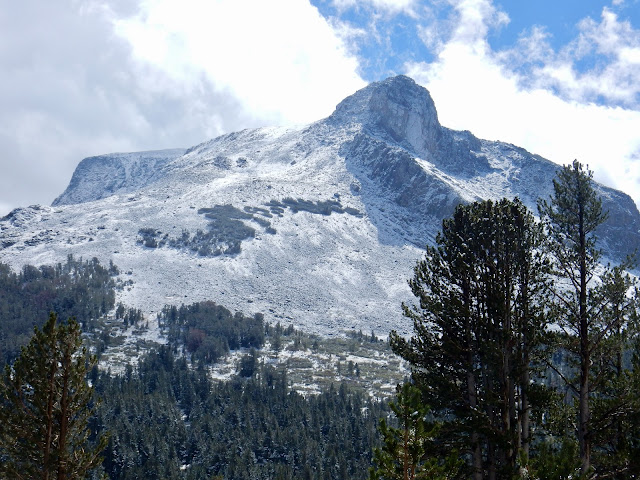 Rain fell overnight on the Lodge at June Lake. As we drove north in the morning we saw the surprise on the peaks to the north, the seasons first snow fall. 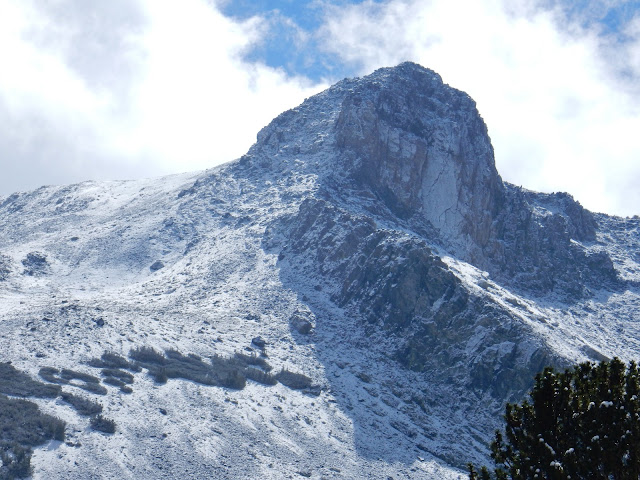 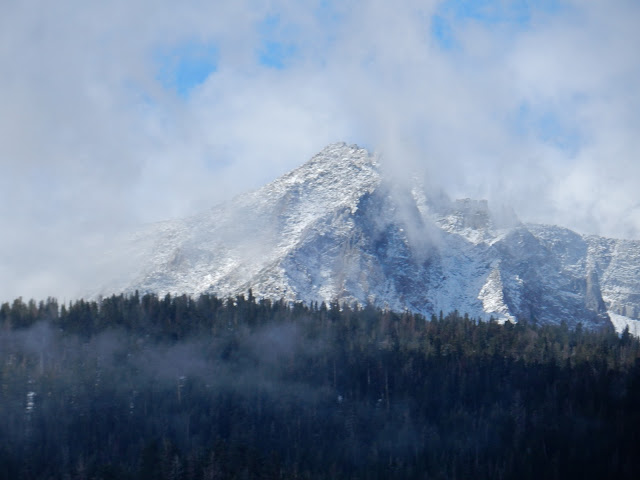 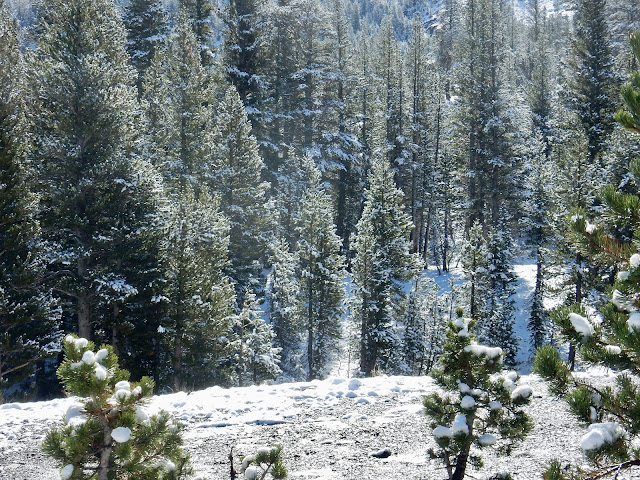 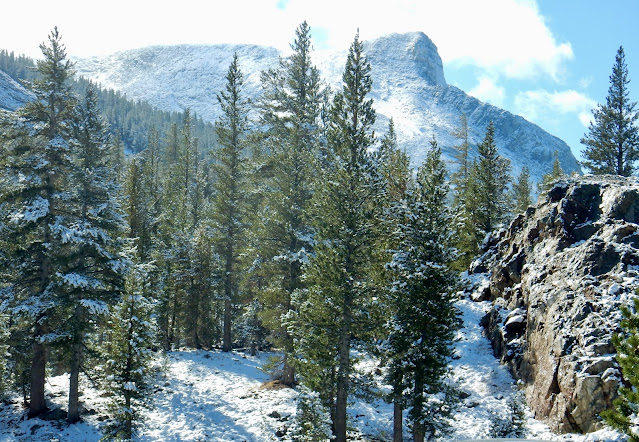 It was our first time to see fresh snow in Yosemite. In good years it becomes a winter wonderland, though we are not inclined to put chains on the tires and drive into the mountains.
When the heavier snows fall, the Tioga Pass is closed until summer. 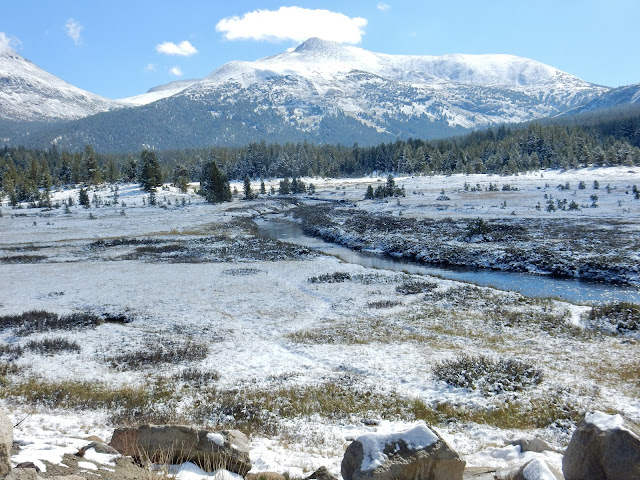 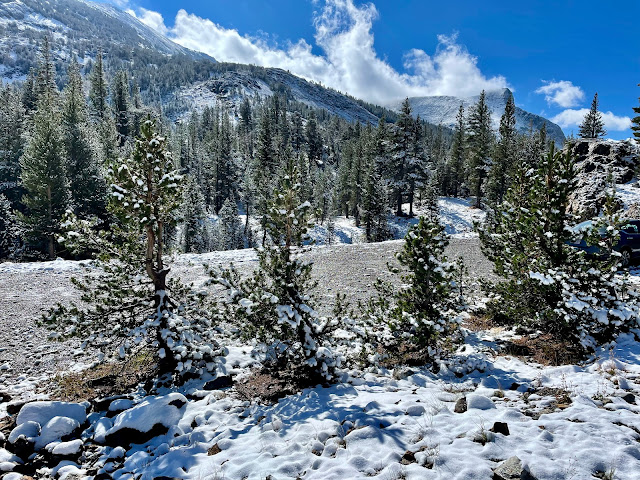 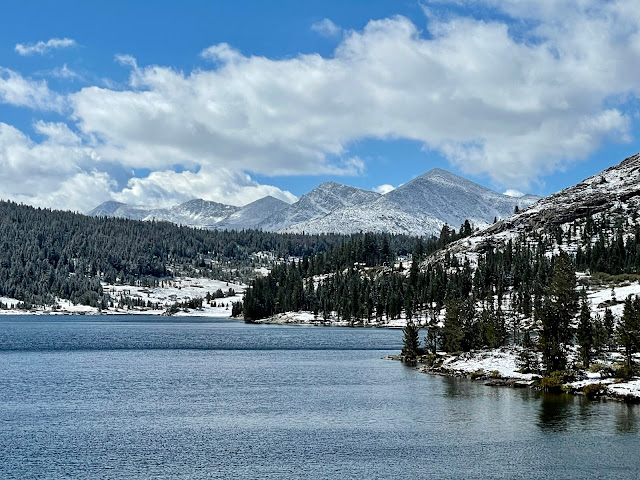 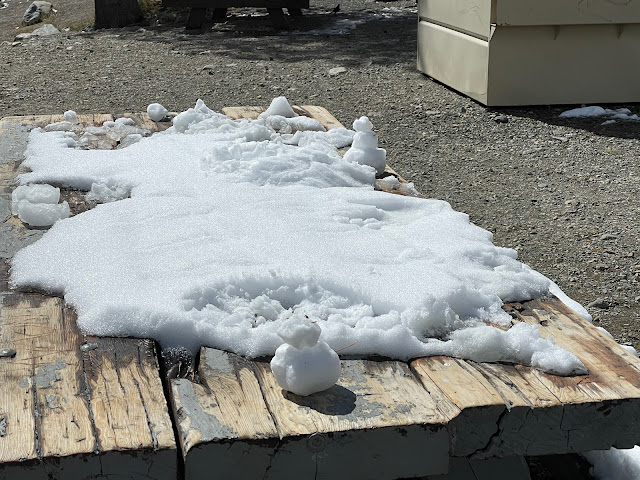 We gave ourselves a couple of days to acclimate to the altitude before venturing out for a hike in the John Muir Wilderness. 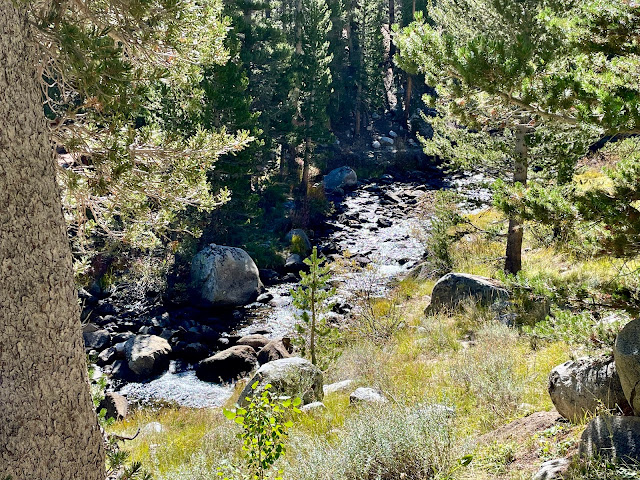 One of our favorite trails wanders along a creek as it winds upward to 4 alpine lakes. The trail head is at about 10,400 feet. 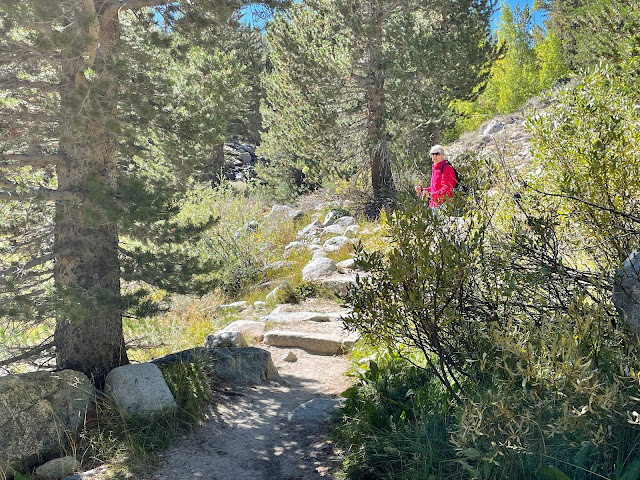 With aging knees and hips we have begun using trekking poles and found them to be especially helpful. 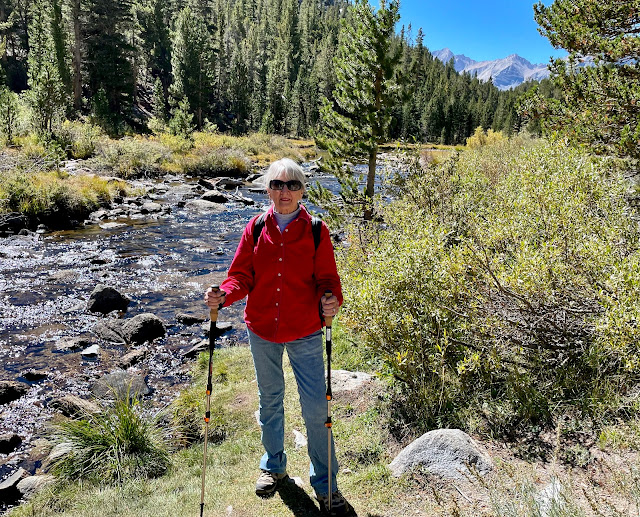 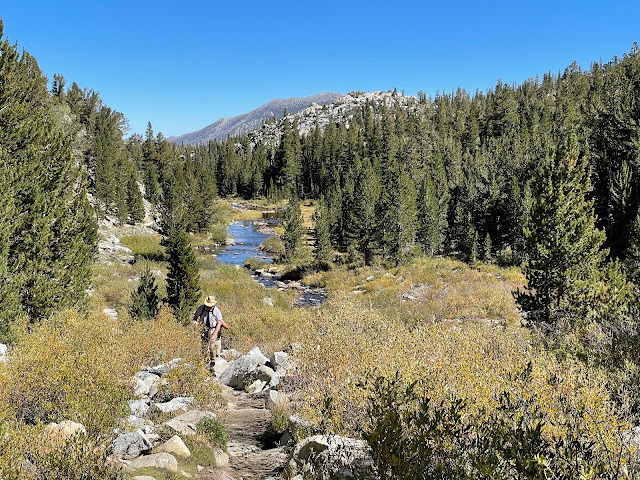 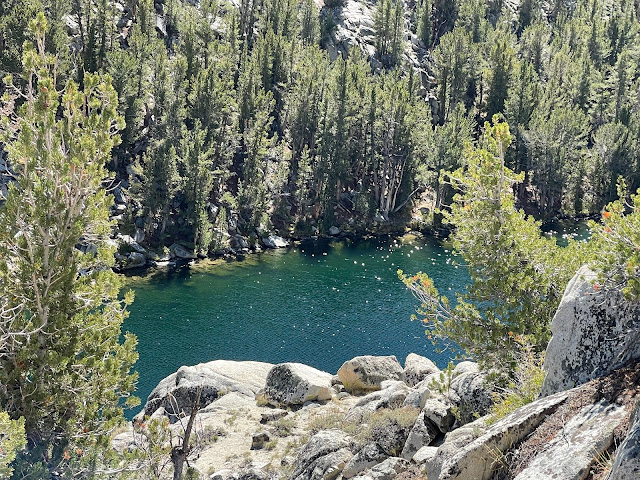 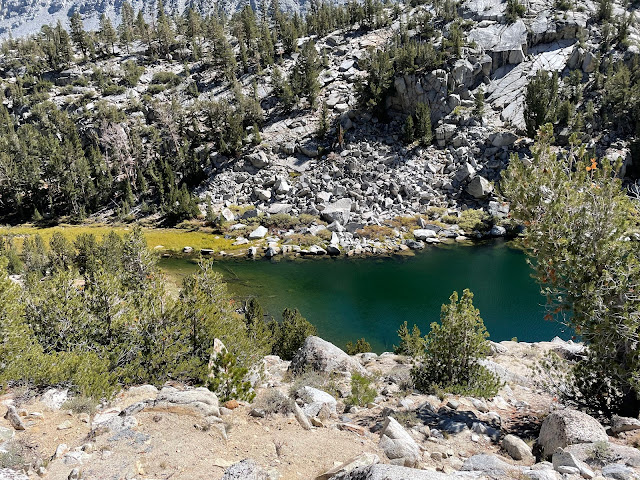 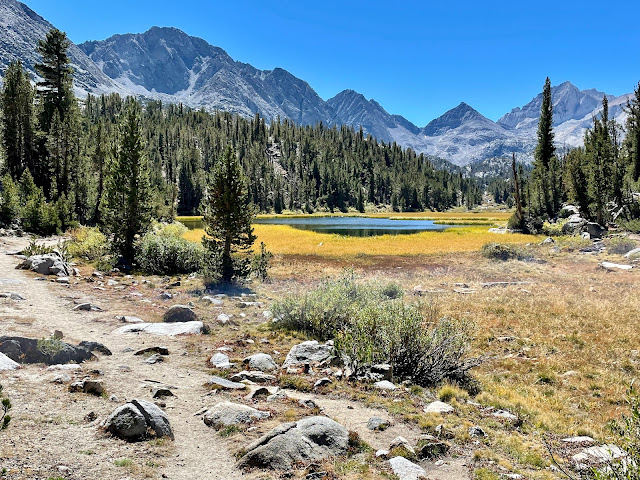 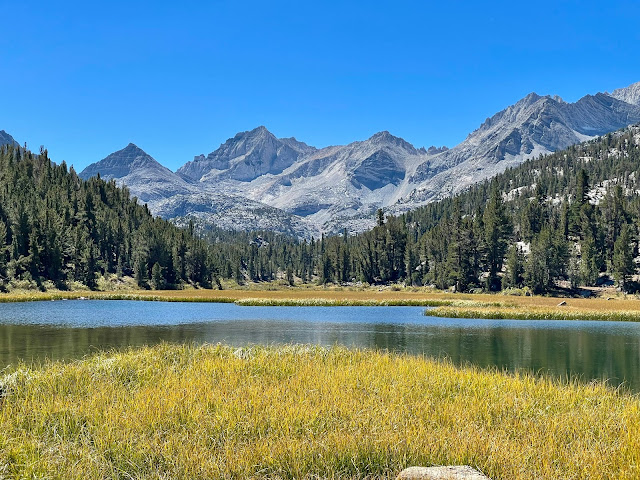 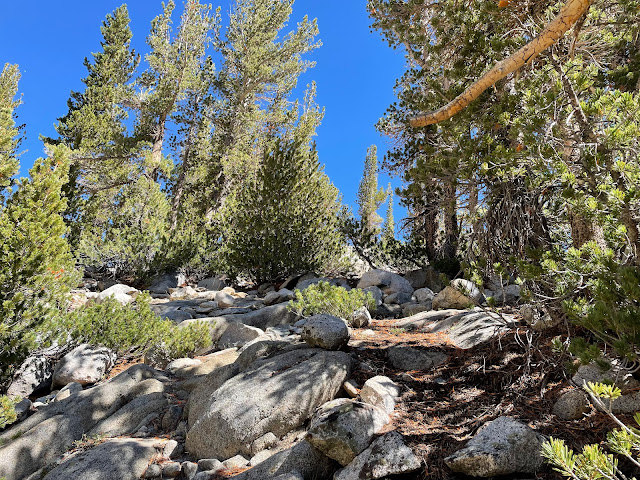 Lana and I are exhilarated by the beauty, peace and grandeur of the Sierras. My admiration for John Muir is always deepened as I think about how the Scotsman wandered and mapped the Mountains by himself. 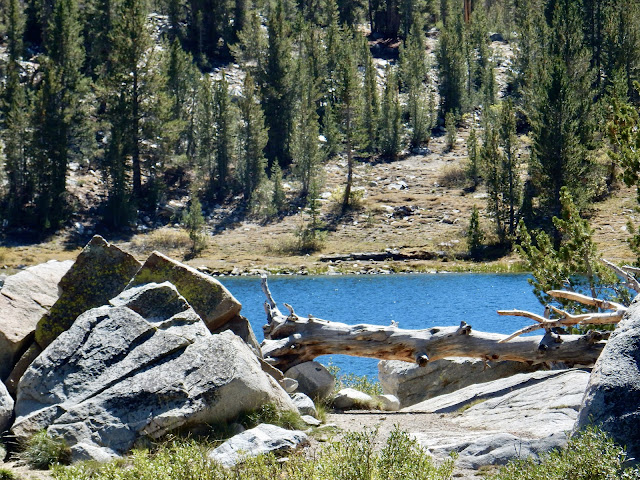 East of the Sierra is another story that tells us much about the state of the world. That's ahead in a future post.
See you down the trail.
Posted by Tom Cochrun at 12:53 PM