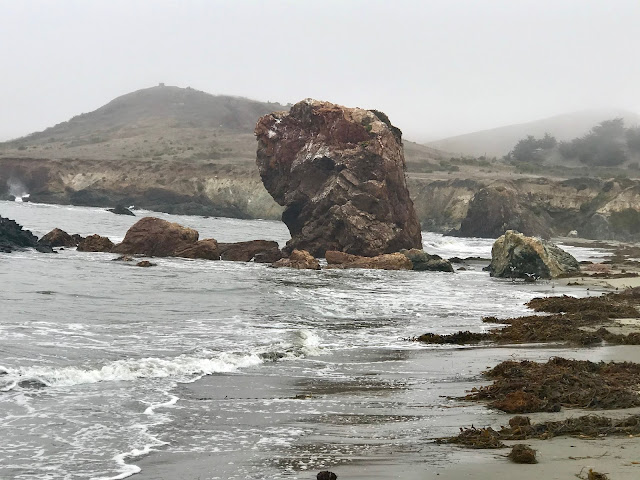 shades of gray
If anyone knows how the next couple of months of political drama/trauma will resolve, they are a seer. We are in a perfect storm of political discord. It would not be so serious if the President was not a rogue, and delusional.
No one can say with certainty where this is headed. These days are full of intrigue, consequence, and intricate to the degree everything is a shade of gray. We are convoluted. 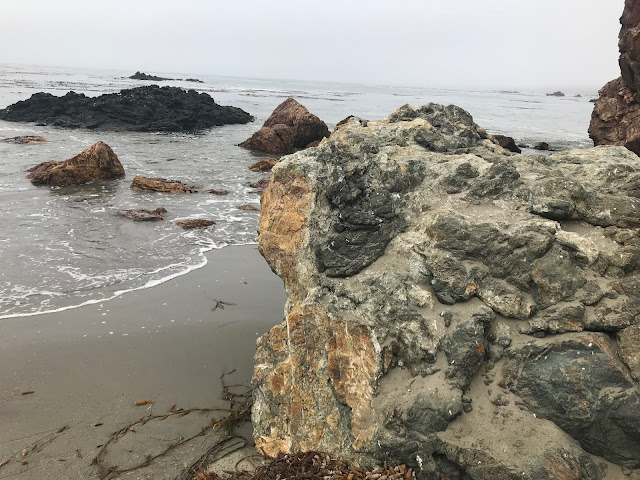 It is not unlike the central California shoreline. Time and natural forces record the combination of elements that make reality. The closer you look, the more you see. 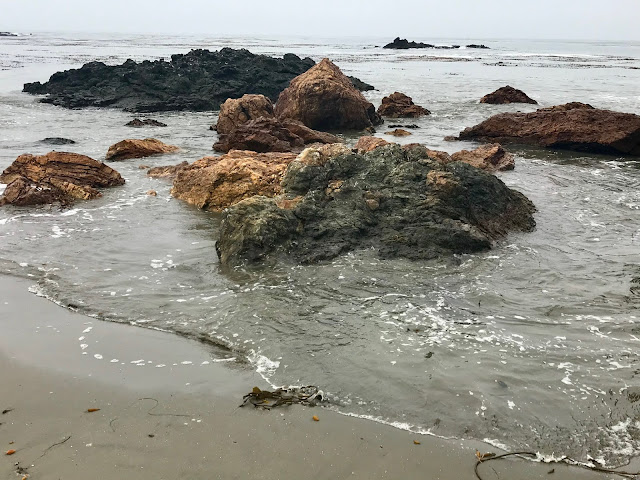 Clean lines do not exist. Nothing is smooth. There is no purity of single element. What we have is a composite, a forced assimilation of geology, an amalgamation of time, nature, and material. Is that not so in 2020? 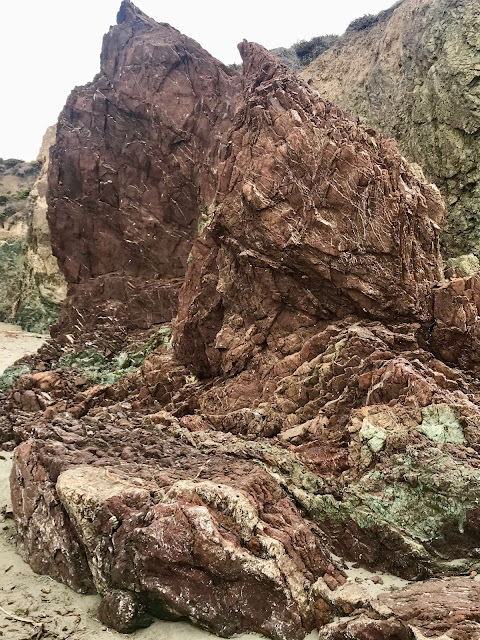 Where in nature we can read the forces and effect of  pressure in the lines, it is the same for this nation.
As founder Benjamin Franklin said after the arduous and combative work of creating the Constitution when he was asked "what kind of government have you given us?" "A republic if you can keep it."
For the last 233 years we have kept it. We have played by rules. We have seen generations of leaders come and go and abide by defining principles and transitions of power. Compromise and the common good rose above strident party loyalty, or worse, personal avarice, desire and ego. The song lines are in our history. 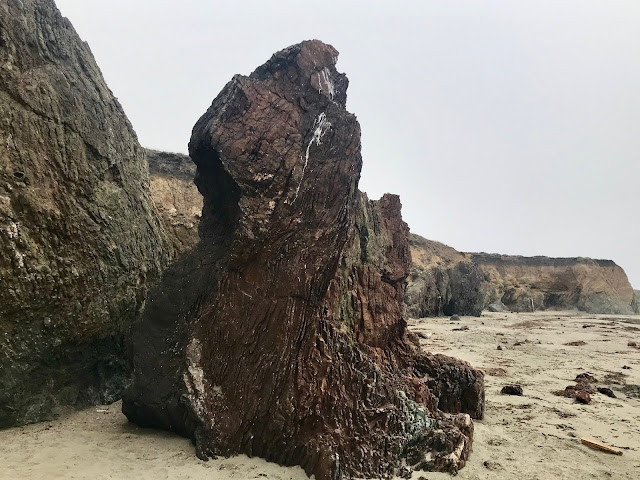 Even if Donald Trump was a great man, a person of the majority, in favor with most Americans, still his behavior would be sordid and unAmerican. That he is the deplorable reprobate tin horn dictator he is, makes his behavior dangerous. 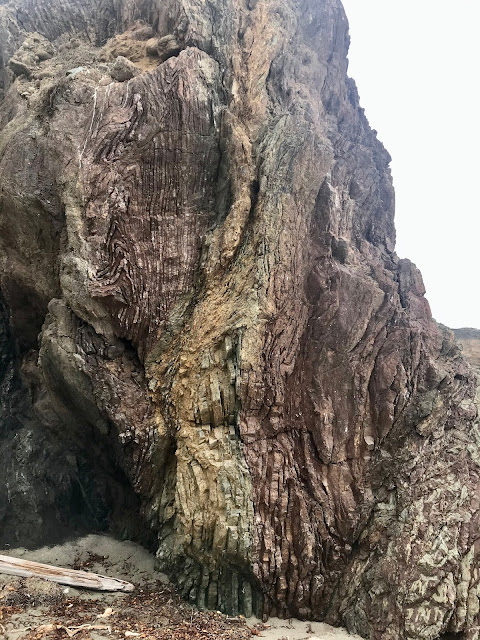 do we deserve trump?
It is a hard and unpopular question. But we must ask if we have so abused our system of government and politics with money and greed, and have we so failed at education to teach civics, government and critical reasoning and have we become such a self indulgent consumer society that we have failed to keep a Republic? 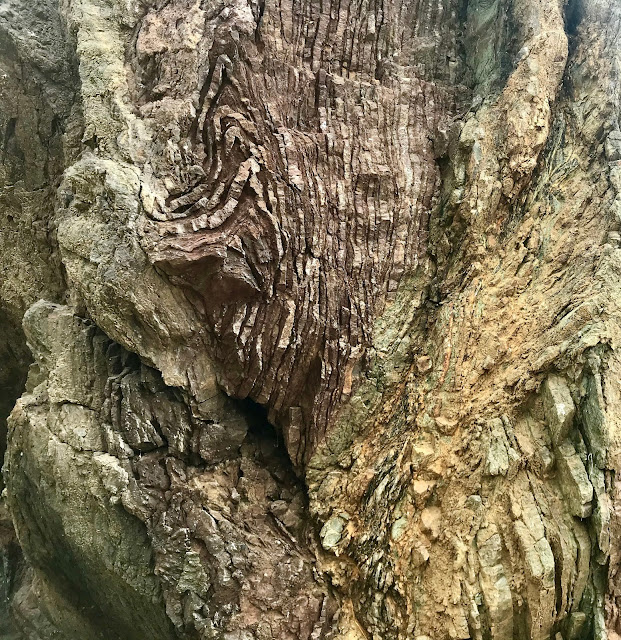 rebellion
You can't look at the aftermath of earth making and not see the presence of storms of force, uplift, shifts and breaking away and more.
As founder and third President Thomas Jefferson wrote to founder and fourth President James Madison "...a little rebellion now and then is a good thing, and as necessary in the political world as storms in the physical." 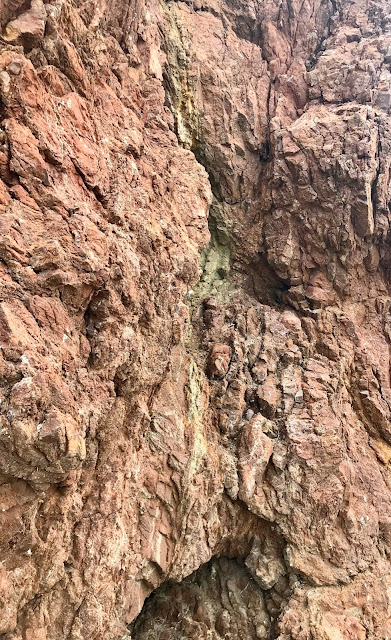 the death rattle
The under representation of the majority and the over representation of the minority is, unless it is fixed, a death rattle for this democratic republic. It is a rebellion past due.
I come down on the side that we respect the bones of the constitution, but we adjust to make it viable in our age. We have done this from the origin, first Bill of Rights, and later only after struggle, by extending full citizenship to African Americans, to women, to ending repression and oppression, and even to hemming in the indulgent excesses of the money classes. We have evolved and shifted.
Traditionally Republicans have been all about protecting property value, wealth and individual rights. Democrats have opted for the common good, extending rights and protection against the abuse of corporations and government and using government power to fix social wrongs. But Trump has lobotomized  the Republican ethic and disemboweled its previously vigorous policy on national security.
Democrats gave the Republicans in Congress a chance to rid themselves of the Trump menace, but they failed to seize the moment and made their alliance with the fraudulent. They could be smug about giving the wealthy another tax break, and filling the courts with conservatives, some who are zealots and inexperienced. They sold their soul, such as it was.
The Supreme Court appointment replacing RGB will come back to haunt the Republicans, should Biden win and should the Democrats flip the Senate. 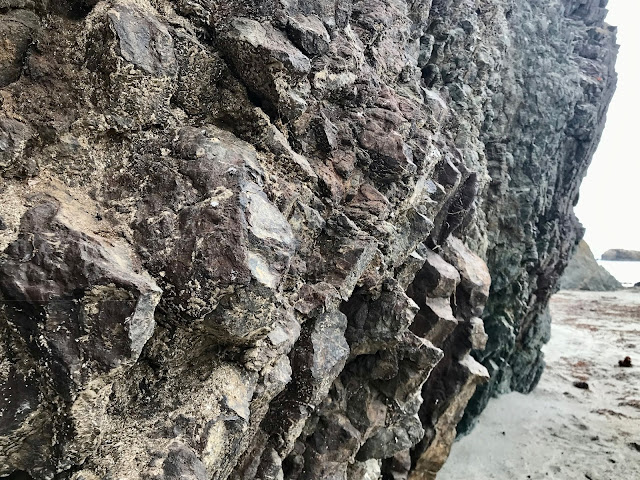 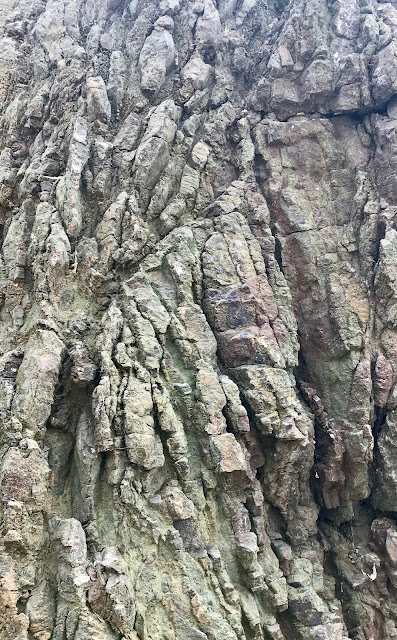 what about the trump nation?
Excluding the courts, most of the Trump damage can be amended and changed. Environmental roll backs, dozens of regulations, rejoining climate pacts, reasserting traditional international leadership and dignity in diplomacy, putting professionals back to work at the State Department and in national security, even reestablishing national healthcare, should the conservative court strike it down. Some in the Democrat party push for use of muscle, perhaps even to increase the size of the Supreme Court to make up for the shameful Republican packing. A legislative tough love, an eye for an eye.
But what about those most belligerent Trump supporters, who sadly congregate largely in ignorance of truth. Trump does not speak it, and Fox News is a propaganda mill, by acknowledgement of those who work there and even some of the ownership. 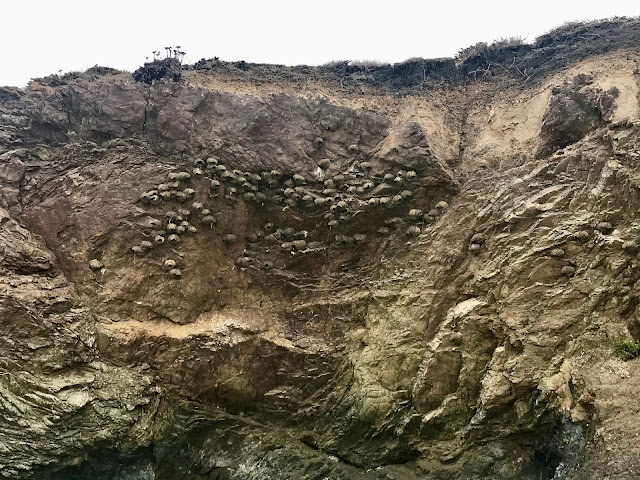 nests attached to bluffs along the pacific coast near cayucos 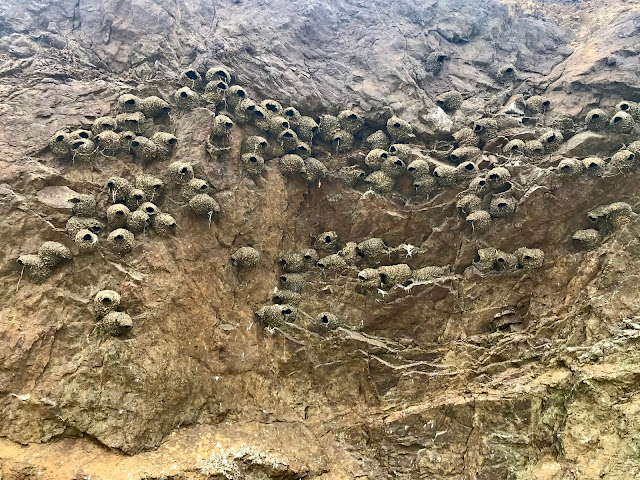 The US is divided, some say as bad as it has been since the 1860s, the verge of the Civil War. Here are some facts: 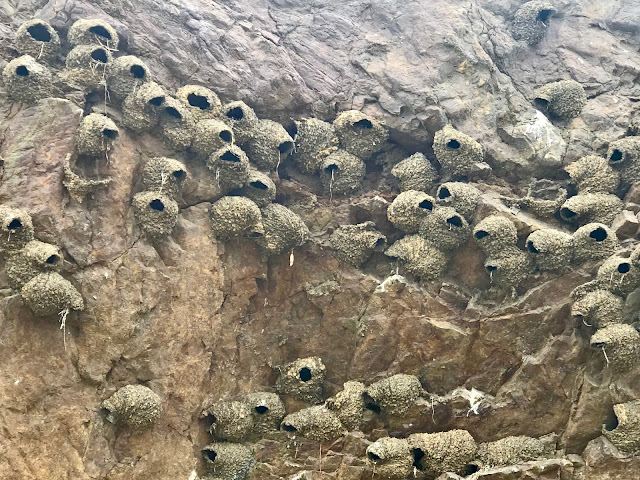 Previous research has found that conservatives in general and Trump supporters even more so, live with more fear, dislike outsiders, and are believers of conspiracy theories no matter how absurd or fictionalized.
America is indeed divided. There are wide gaps on race, gender, and immigration. Trump has fanned fears, and refused to be a President for all people. As they say, he plays to the base, only.
His base is a minority, mostly white, with less education, and increasingly inclined to give credibility to the belief that Trump is doing battle with occult worshiping, pedophiles who are embedded deep in the government. They also believe that John F. Kennedy is still alive and living in Pittsburgh. How is a nation supposed to deal with people like that? 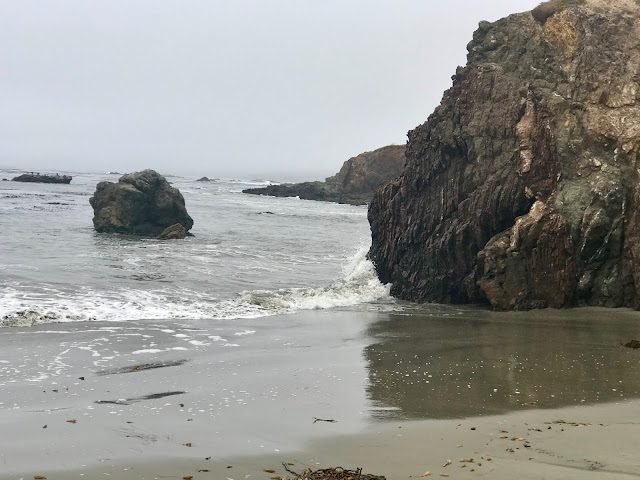 It is as though we've gone insane. 4 years of Trump's insanity has made this a sick and divided nation. For years Bill Maher has been asking what will we do when he refuses to leave office. Now it is a serious national discussion. It's a shame no sitting Republicans will do what droves of those who have left the party have done, and that is to say aloud, Trump is a maniac, let alone unfit and unqualified and he is now a clear and present danger to the nation.
Though it appears there is nothing that can persuade the Trump base to consider the truth, history and to be objective.
The more I study the Trump base and see and hear them the more I am reminded of people I saw when doing investigative reporting on cults. Sadly this only affirms my fears, noted here 4 years ago, that Trump's core is reminiscent of the 1922 brownshirts of Hitler. Then their street politics helped Hitler build an occult based police state and party that was one of the most diabolical in human history. We have been watching a slow moving coup and systematic dismantling of American excellence and respect.
Those marginal voters who tilt conservative and appreciate the court packing, or who benefit from tax breaks, business loans, or who applaud less government oversight of water, air and business practices are accomplices as much as the racists, xenophobes, one issue zealots and belligerent ignorant who are the minority presidents, minority base. Unless and until the republic fixes the problem of under representation of the majority and over representation of the minority, all we can tell Dr. Franklin is, we couldn't keep it. 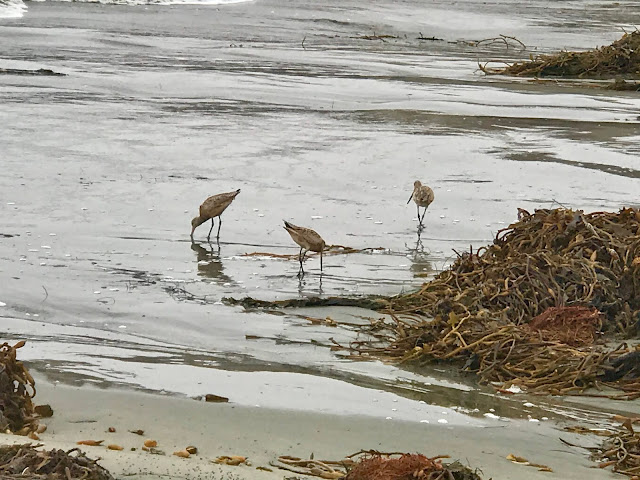 The first step of rebellion is flip the senate and win the White House. It is time to change the American political landscape with seismic shifts and a relentless pursuit of the thugs who mugged, raped and tried to kill our republic. 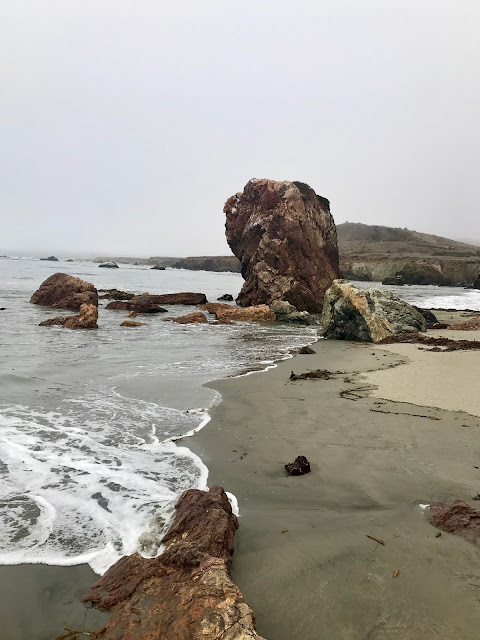 Vigilance in every step of the voting and vote count.
An historic get out the vote effort and response. And we must be prepared to rise up to demand honesty, fairness and a lawful process and hopefully transition of power. We may have to put our bodies in the street. We may have to be willing to sacrifice to preserve and keep the Republic.
Stay well.
See you down the trail.
Posted by Tom Cochrun at 5:09 PM