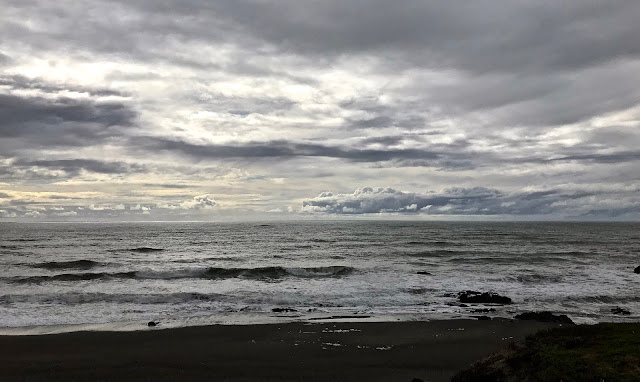 Moonstone Beach, Cambria CA
It happened this week, the passing of two men who made big differences. In the way of things, there is a confluence in my life. 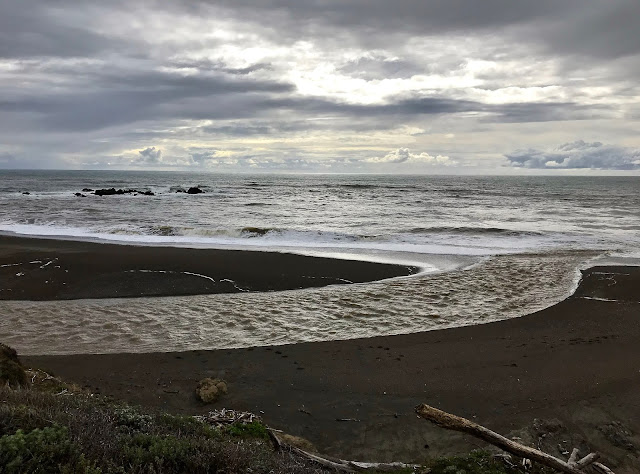 I knew them and I was inspired by them. I still am. 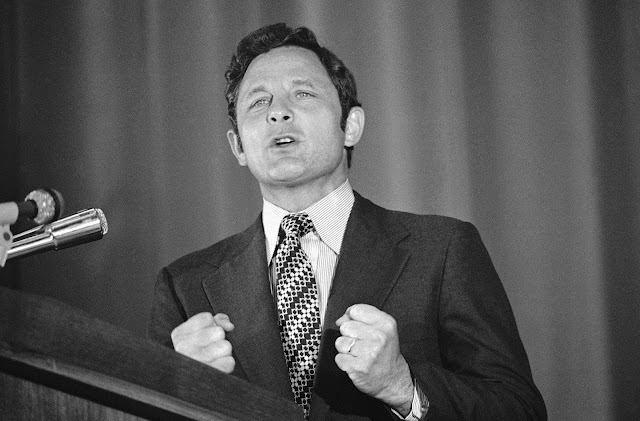 Photo by Charles Bennett, Associated Press
Birch Bayh was the quintessential Indiana public servant and one of the most historic and arguably effective members in the history of the US Senate. He passed at 91 and leaves a legacy that has led some to refer to him as a "modern founding father."
Bayh was the author of two constitutional amendments and creator of Title IX. He also authored what could have been a third constitutional amendment, the ERA. These are accomplishment of historic proportion, shaping the constitution, the spine of this democratic republic.
The 25th Amendment deals with Presidential disability and succession. The 26th Amendment lowered the voting age to 18. Title IX prohibits discrimination on the basis of sex in any educational program or activity that is federally funded. It was nation changing.
Bayh was an architect of the 1964 Civil Rights Act, 1965 Voting Rights Act and the Juvenile Justice Act that required separation of juveniles from adults in prison. He was co-author of the Bayh-Dole Act that allowed small businesses and universities to own inventions that were developed using federal funds. It helped lead to the technological explosion that has fueled our modern life and led to new business horizons in communications, and technology.
Bayh led the Senate opposition to Supreme Court nominees Clement Haynsworth and George Carswell. He was a contender in the 1976 Democratic Presidential nomination. Birch Bayh was a three term Senator and father of Evan Bayh, Governor of Indiana and a two term senator.
I covered and got to know both men. They were different personalities. Evan ran one of his father's election campaigns. Birch Bayh may have been one of the best "retail," one-on-one politicians ever. Before social media, candidates spent more time talking to individual voters in person. Birch would light up a room and if possible spend time with everyone, sitting with them, putting his arm around them, leaning in listening, shaking hands and having true conversations. It was a marvel to see.
He was a veteran, a Purdue graduate where he was President of the Class, played baseball and was a champion boxer. He was elected to state government in his 20's and had a stellar career and impact before being one of the youngest men elected to the Senate.
After the Civil Rights act was passed, he and his friend Senator Edward Kennedy were on a flight between Washington and Massachusetts when their light plane went down. Bayh extricated his wife Marvella and then freed a trapped Edward Kennedy, who suffered a broken back. Others on board were killed.
It was a privilege to know and a joy to joke around and talk with this plain spoken, down home leader. When I think of America being "great," I think of Birch Bayh and his indelible influence on this nation. He is one of the giants in the human rights movement. 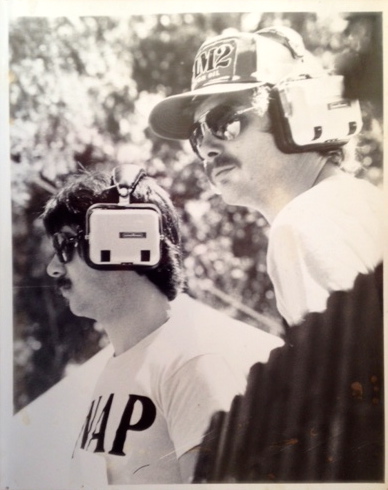 Friend, colleague and inspiration, Bob Foster, on the right in the photo above, lost his long hard fight with Leukemia this week.
Frequent readers will recall Bob's contributions to this blog
beginning in August of 2011 as he chronicled his harrowing wait and experience with a bone marrow transplant.
In the picture above, Bob and I were a morning team on the radio, seen here doing a remote broadcast.  Bob had a wonderful career in radio and his great love was live sporting events. For a number of years he was a premier play by play man in Hydroplane racing and other sports.
Bob had a good run in the advertising world, but after complications of his disease was sidelined for a while, only to come back to his first love, radio sports.
He was on the air and running a sports talk station in Iowa at the time of his passing. In the last couple of years he had battled pneumonia and this week that is what took his life. It is the same disease that claimed Birch Bayh.
In September of 2014 Bob was having a triumphant moment and sent this post. 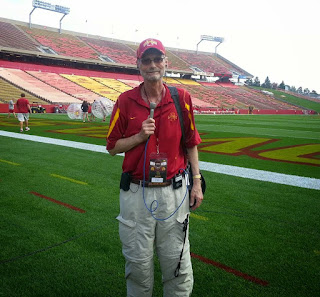 Photo Courtesy of Iowa State/Bob Foster
Never did I imagine that I would again be testing the wireless broadcast system on the sidelines at Jack Trice Stadium before a Big 12 game.  Resuming duties as a game site producer on a Big 12 Football radio broadcast seemed no longer possible.  Saturday afternoon was very emotional.  I wept several times and knelt in sprayer of thanksgiving before the game began.  Now, I am better prepared mentally and emotionally to approach with intensity the game broadcast at Texas on 10/18.  It is all because of Jesus I am alive.
Bob Foster.

Bob was a man with a strong faith and as you may recall from his earlier posts, even when near death and an uncertain future, he said he was blessed to be able to lift the spirits of others who were facing challenges.
His wife Diane told me when he took his last breath he had a smile of relief. His timing was always perfect. 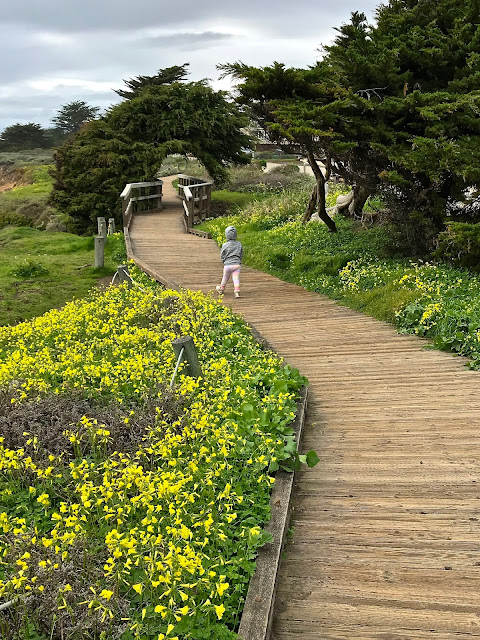 Life always moves forward. New generations go to meet their future. There are, however, those who precede them who make their path a little easier.
Birch Bayh and Bob Foster leave wonderful and positive legacies. They loved and cared about others.

See you down the trail.
Posted by Tom Cochrun at 3:06 PM