CONTOURS OF BLACK FACE & PAYING DUES ON THE ROCK ROAD 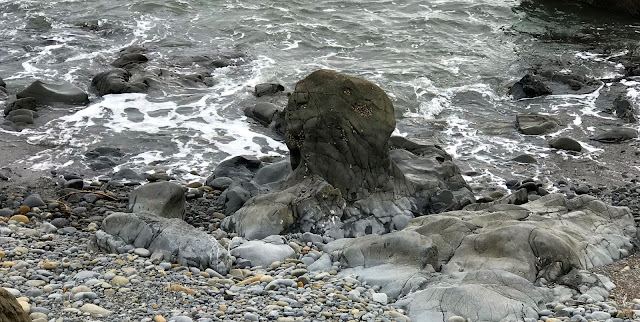 A place of sanity and civility is a tough spot to find these days. The most recent black face blow up might offer a ledge, precarious though.
And ahead in this double post is a photo essay on paying dues on the music highway.

the rutted road of black face 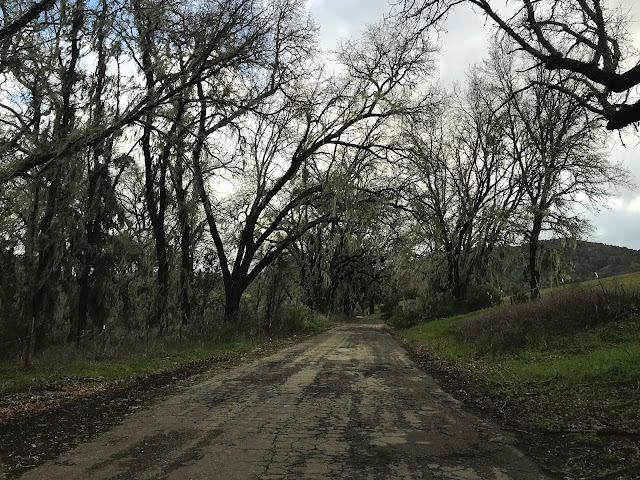 Black face had its origins in Europe. It was used in theatre to permit white actors to play dark skinned characters, including Othello. It did not begin as an act of racial denigration.
The "racism" of black face began in the early 1800's in  theater when characters with demeaned qualities were played by actors in black face. British theatre of the 1800's also used black face to portray Black people in stereotyped and derogatory ways. They were portrayed as stupid, lazy, slow talking, sexually aggressive, easily frightened, and worse. That same hurtful poison was poured by American theatre. By the mid 1800's actors in black face did music and comedy skits feeding the stereotypes. Minstrel shows toured and carried the racist stereotypes far and wide.

even disney
In the 20th century film, animation and even Disney cartoons perpetuated the stereotypes.
This occurred in an age when racism was rampant, but ignored. White government and majority white society functioned as though it was blind to, insensitive of or ignorant about the damage and hurt caused by the perpetuation of the stereo types much less the under girding de Jure and de Facto segregation and racism. Such behavior is inevitable in a nation where many of the founders owned slaves.
These are undeniable truths. It is also true that not all people who have put on black face are racists. They may be stupid, but not necessarily racist.

stupid
If this nation did a better job of teaching real history, and respecting the truth of our heritage, contemporary Americans would know how hurtful it is.
I wrote here earlier that Megyn Kelly was not automatically a racist when she raised the issue of black face, stupid probably, ill advised and her network bosses succumbed to perceived outrage and she was released.
Now that black leaders and community leaders have come to the defense of the Virginia Governor, it may offer that ledge to have a conversation about a couple of things.

in the national dna
First, the US must acknowledge its racist and genocidal heritage and then teach it. Our government, our system of life, perpetuated, enabled and encouraged racism and ethnic genocide.

not fully human
People of color were not recognized as full human beings, that was in our charter. Before that we did not recognize the sovereignty of the first citizens of this continent. As terrible as it has been for African Americans, it has been worse for native Americans. This nation slaughtered millions of native inhabitants. When the murder stopped, we then lied to and cheated them. That is who we are, and what we did. Thank God men and women of conscience and increasing intelligence have reshaped, refined and corrected our national establishment, but it has been a long battle and it continues.

reason, don't screech
Second, and this needs saying. Stupid things done by a student 35 years ago should not be the automatic disqualifier for a person who otherwise has demonstrated good judgment, citizenship and character. Who did not make poor judgments in their youth?
There are limits here. Dressing up like Michael Jackson, or Al Jolson may have been stupid but it is not like doing a crime of violence. Being overtly racist, abusive, discriminatory or committing sexual assault are more serious than dressing up. We need to acknowledge that.
There is a screeching factor in American politics today that borders on hysteria. It is loud and it drowns out common sense, civility and due process. It makes victims of the system and can injure people more grievously than some of the so called alleged offenses.  To those who are calling for the Virginia governor's dismissal, I urge you to point some of that venom toward the American mass culture and educational system that has failed to teach just what black face is, the whole story.
It is offensive and dangerous when a society fails to know and learn from history. We have much to learn, and a lot of making amends to do. 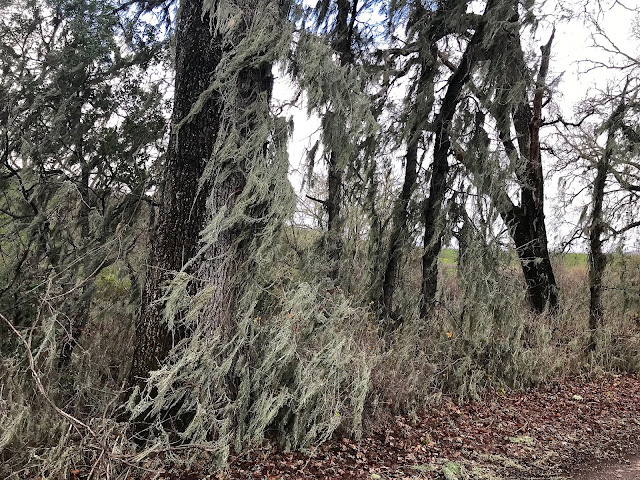 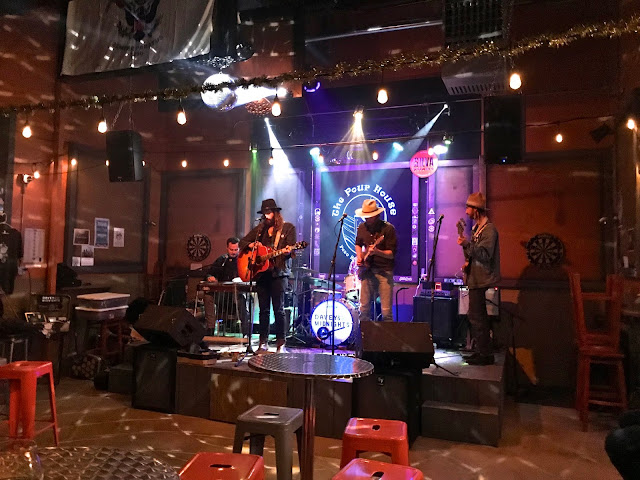 the pour house  paso robles
Davy and the Midnights do a sound check at a tap room in Paso Robles. Their tour of the California coast takes them from LA to San Francisco and north. 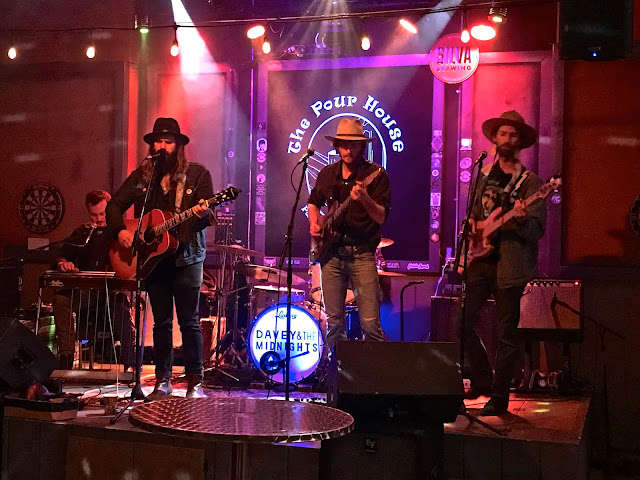 Haven't heard of them? You may someday. They play country, blues, rock and the sort of fare that keeps you alive playing bars. Their own music is good and they are refining it in an LA studio.
They are young, on the road and paying their dues.
Lead singer Davey Allen is also the keyboard player for Eric Burdon and the Animals and has played with other big name rockers. He's got a great band. 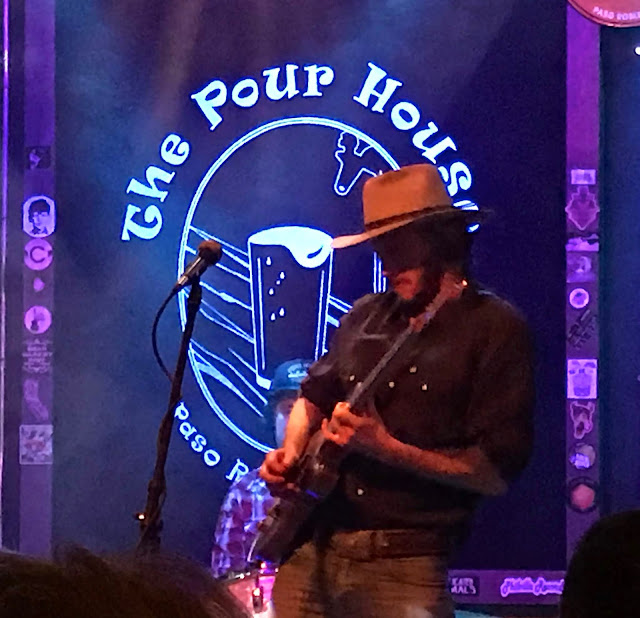 Guitarist Greg Cahill is a superb player. Full disclosure-His dad is a life long friend. We've watched Greg from when he first sat at a piano as a tyke.  He's true LA pro.
But that doesn't make life on the road easy. 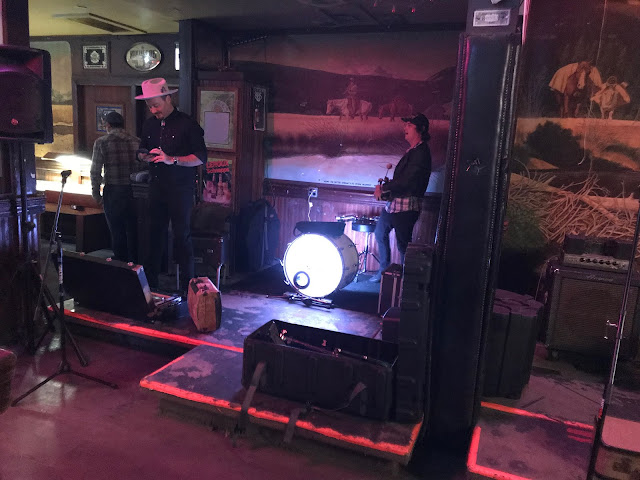 cayucos saloon and card room  the"tav"  cayucos
After the Paso gig it was on to a place to sleep, briefly. An early morning wake up put them on the road to Carmel Valley for a three hour acoustic performance at a winery. The long drive back slammed into showing up in Cayucos to set up for the Saturday night show at the old Saloon. 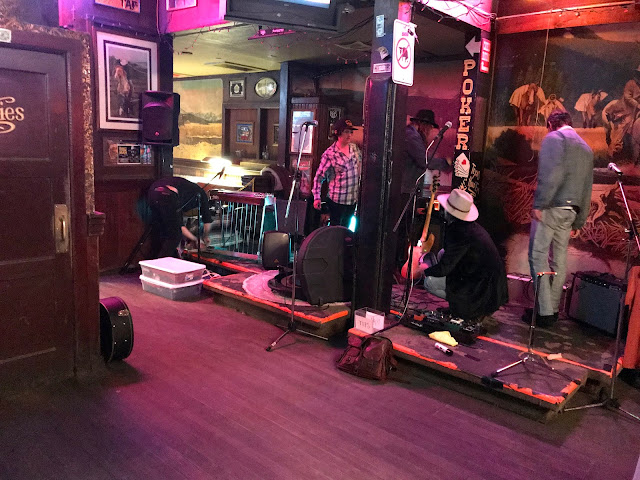 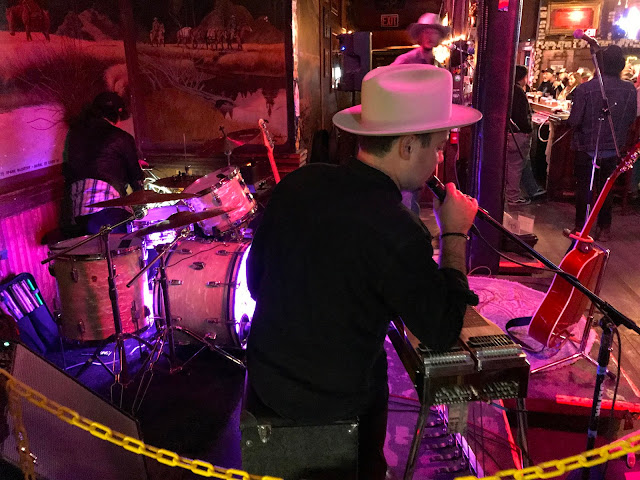 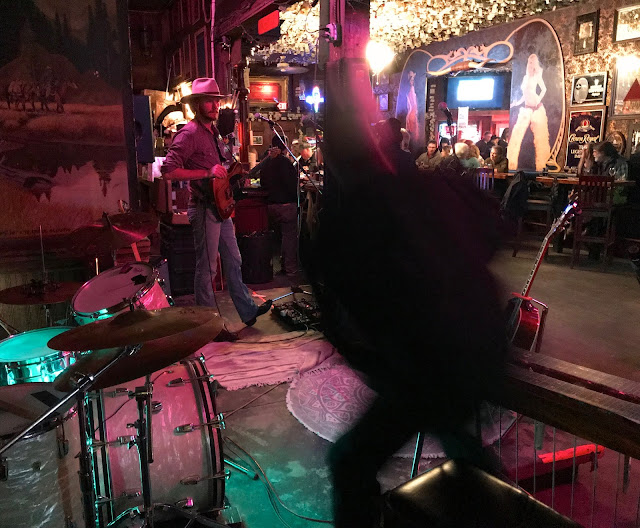 These guys are not in the music royalty, yet. They are their own roadies, engineers and set up men. 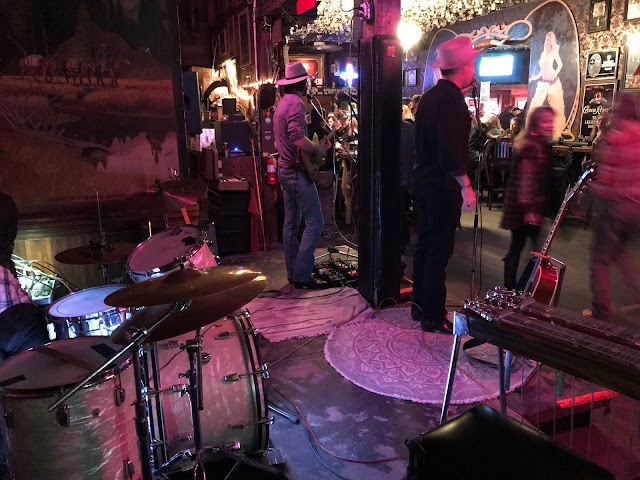 On the road, you never know what kind of set up and acoustics you'll find. 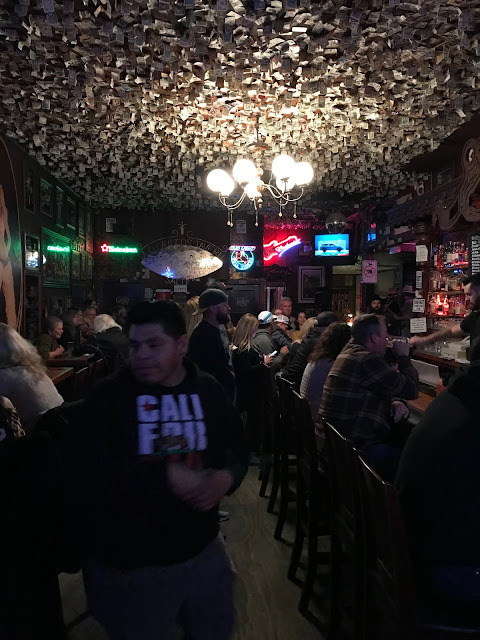 It takes a little psychology and musical alchemy to get a sense of the crowd, what they want to hear, and then feed them. 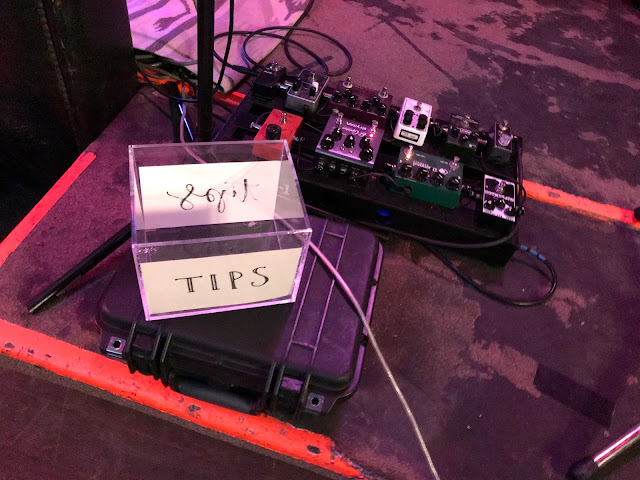 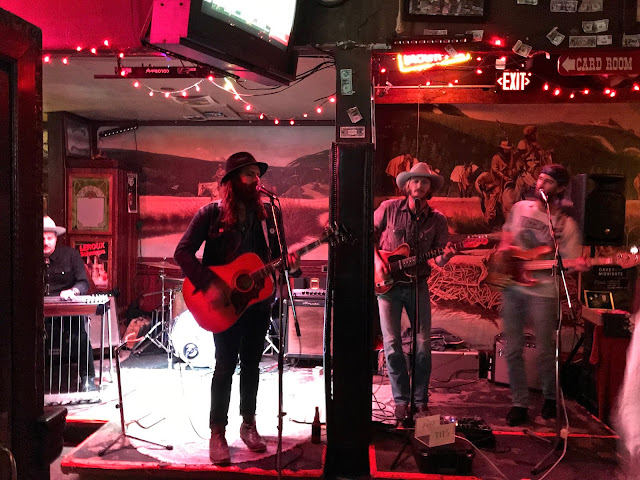 There's no time to perfect the "room" for sound or staging. Just get up there and do it. 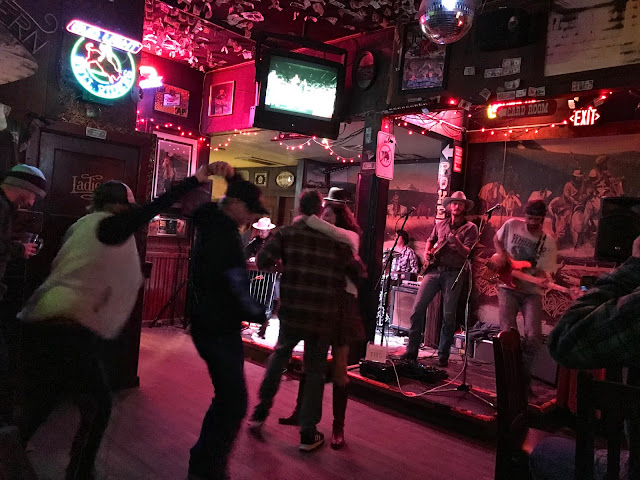 After the second set at the Saturday night show, I told him it takes someone a lot younger than me to keep up the pace.

In the next 8 days they'll be in San Rafael, Sacramento, San Francisco, Fairfax, Blue Lake, Arcata, Brookings Or., and Crescent City. 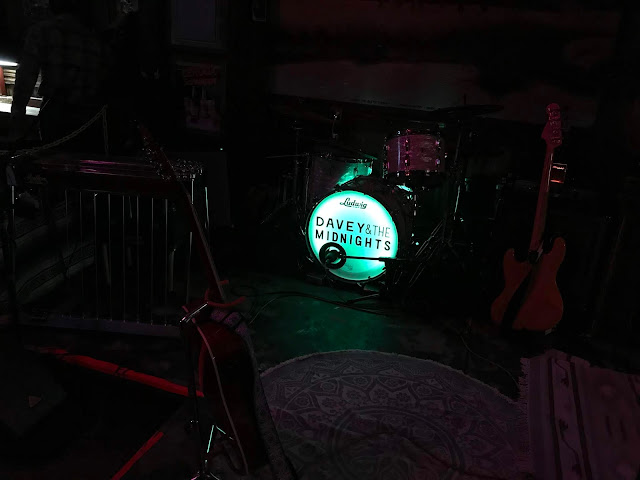