What if the new President empanelled a "blue ribbon" task force to tackle what looms as precipitous threats to the republic?


There is certainly more on the horizon but almost everything else follows these critical needs.


The panel would consist of economists, theorists, scientists, political scientists, big data analysts and be led by real doers. Who would be the leaders? People like Warren Buffet, Bill Gates, Amory Lovin, Elon Musk, Tim Cook, Larry Page, Safra Catz, Mary Barra, Sergey Brin, Mark Zuckerberg, Meg Whitman, Mary Daly, Gertrude Himmelfarb, Michael Bloomberg, Lawrence Ellison, Jamie Diamond and that caliber of person. With a group think process "managed" by these innovative thinkers, the process would produce more results than leaving politicians to sort it out.
Political leadership would be there to listen and to be questioned. Writers and thinkers as diverse as Noam Chomsky to Charles Krauthammer, Tom Friedman to David Brooks, Midge Decker to Peggy Noonan, Barbara Ehrenreich and others would also be invited to be quizzed and asked to feed ideas.
The work process would glean ideas right to left. It would amount to a huge intellectual product, idea and data dump that would then be assimilated, studied and processed by the blue ribbon managers. They would author a document.
Nothing like this has happened in American governance. Dwight Eisenhower began to approach the concept when he'd invite eminent scientists and scholars to have a sandwich and talk about what's new.  Eventually bureaucrats took it over and it morphed into something else as is typical in Washington.
Getting the full range of problems, potential solutions, practical applications and real political understanding would help not only probe the depth of the crisis, but would begin to build a road map to solution.
The world has changed since I began studying political science. The complexity of problems facing our government and others, has woven so intricately and our guardians have so blown their assignments we now face waves of pressure and force than can force modern civilization into a tail spin.
Partisan politics has replaced a desire to fix, solve, lead and serve. This presidential election is a marker as to how bad it is.
Congress cannot function, but they have created a special class for themselves. The White House, under almost any person, is terribly outgunned and over worked. Our Supreme Court is not at capacity and is more political now than in a century. The political class has failed. It is past time for a new Ap, an application of innovation and professionalism.  We need the help. It would be hard to say no the President.
original skills 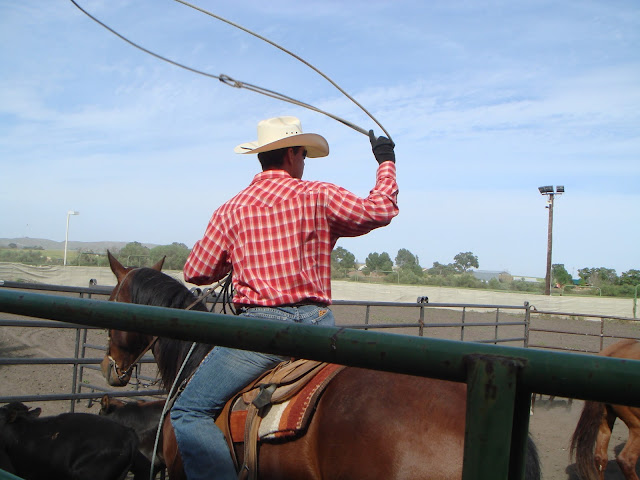 Cowboy is a job description here on the California central coast. Skills we used to see in the old movie westerns are still well practiced here. 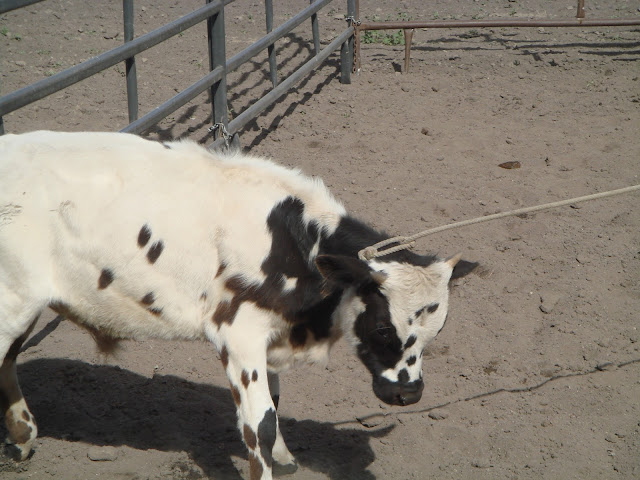 Below a young male is being branded and is about to be castrated. The missing parts are put into the bucket you see to the right of the frame, and moved promptly to a grill where they become Rocky Mountain Oysters. 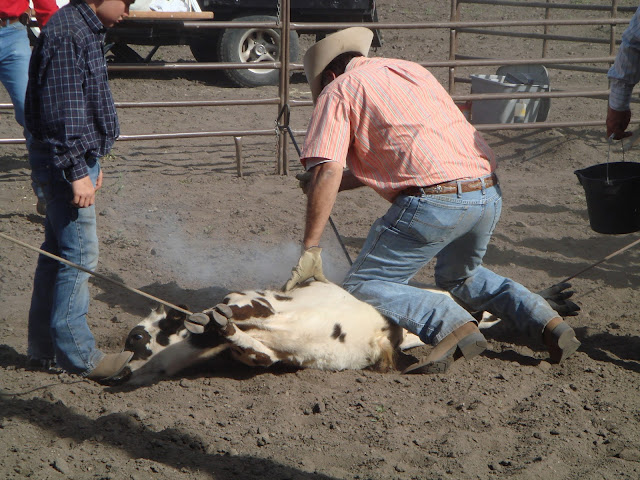 Fisherman still go down to the sea off the central coast with Morro Bay being the nearest local port. 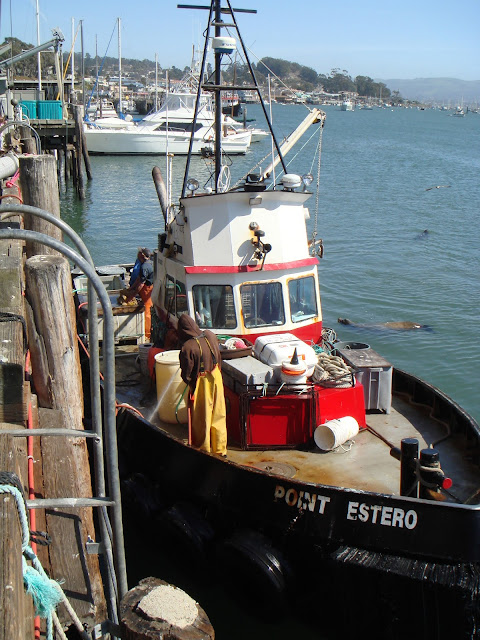 On this day this particular catch was taken some 30 miles off shore. 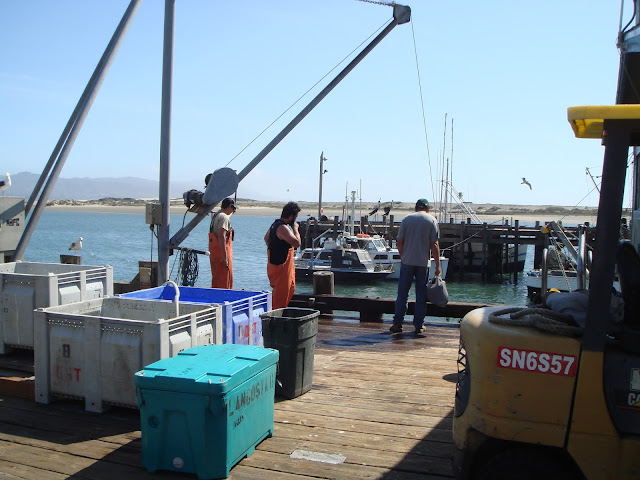 As seals and gulls hope for a snack, a couple of fishermen
prepare the catch of slimy eels. 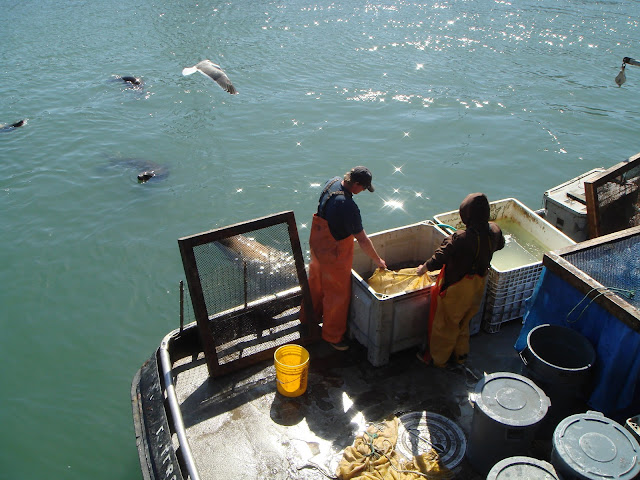 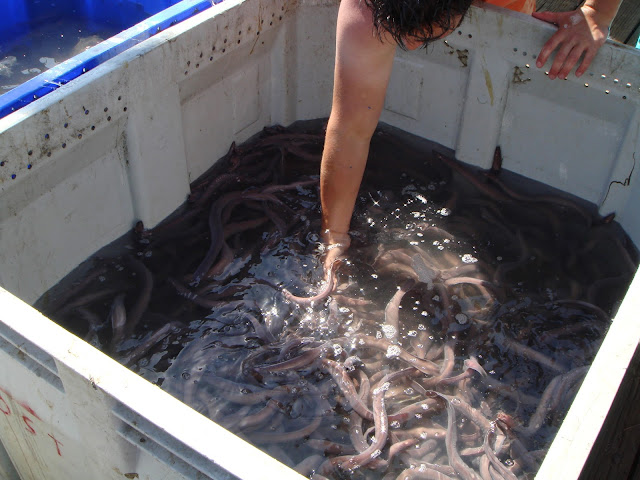 They are  processed and put in a transportation tank to be sent to Asia. 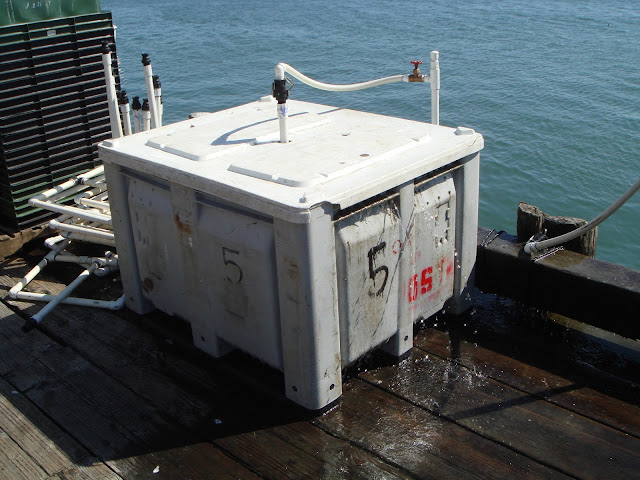 original genius
the young lion
who should have been president 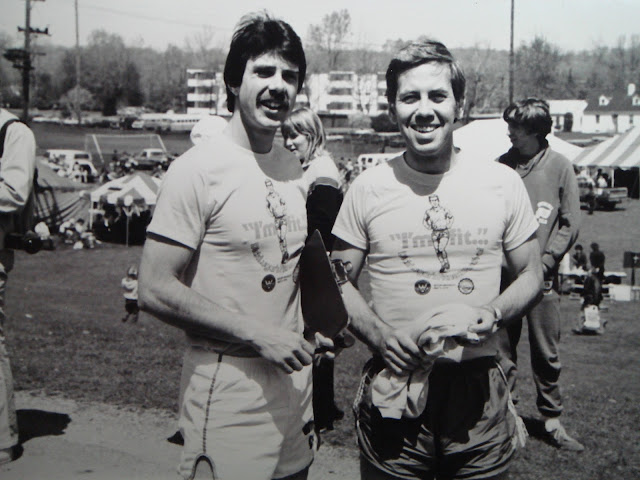 In 1979 Senator Richard Lugar, a runner, sponsored a fitness festival. Years later the highly respected Senator made a bid for the Republican nomination for the Presidency.
I've often wondered what a difference that would have made. Lugar was admired by both sides of the aisle and played a key role in stabilizing the world by controlling nuclear war heads and biological weapons that fell to local control when the former Soviet Union collapsed. He and Senator Sam Nunn intervened and kept weapons of mass destruction off the black market.
In this post featuring American originals I wanted to pay tribute an original political thinker.
I remain stunned how young we both were. I was producing a documentary on running and this was a break in that day's shooting.

author, author
Kudos to a tennis friend for his creative writing. Ray Derouin plays a skilled game of tennis and writes with depth and aplomb as well. The Pewter Plough Playhouse, an historic Cambria theatre presented readings of three of his one act plays, Perfect Strangers, Tea Time and A Week of Mondays.
Intricate and thoughtful scripts and nicely read by Janice Peters, Randall Lyon, Viv Goff and Mikaele Alicia.

original defense
Why not outlaw open fires unless in the rainy season and why not find a stepped up enforcement plan?
I ask this as 5,552 men and women continue to battle the fire north of Big Sur that has spread to 71 square miles, 51 thousand acres and has destroyed 57 homes with thousands more threatened. The most terrible thing about the fire is that it cost the life of a bulldozer operating trying to prepare a firebreak.
How did this fire get started? A camp fire. True it was an illegal camp fire, but open fires are permitted in state and national parks and that is just wrong. We all have memories of sitting around a campfire, sure, but in the future those memories should be written only in the rainy season. The idiots who caused this fire are being pursued. Nothing can undo the damage, but justice can be punitive and in that way make an example of the fools who in all honesty may never have been taught about the danger of a camp fire.