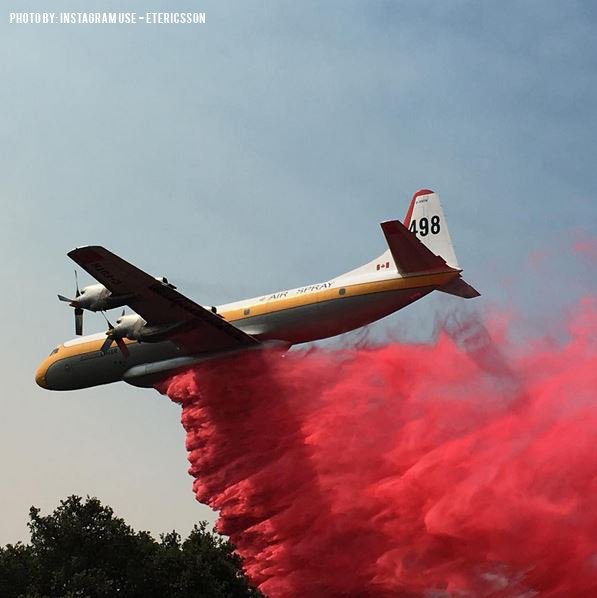 Courtesy CAL FIRE- photo by Etericsson
Ten years on the California coast has acquainted us with the fire season. This year it is closer to home. 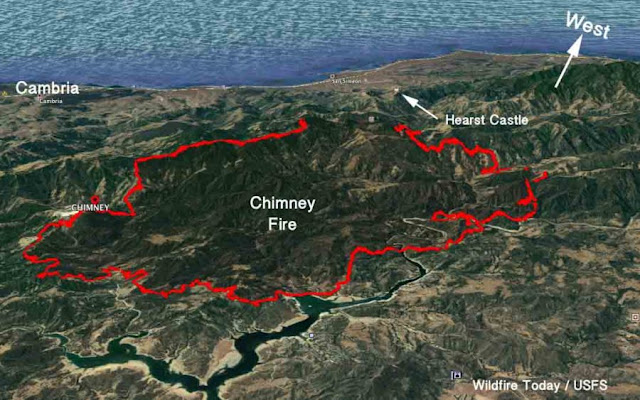 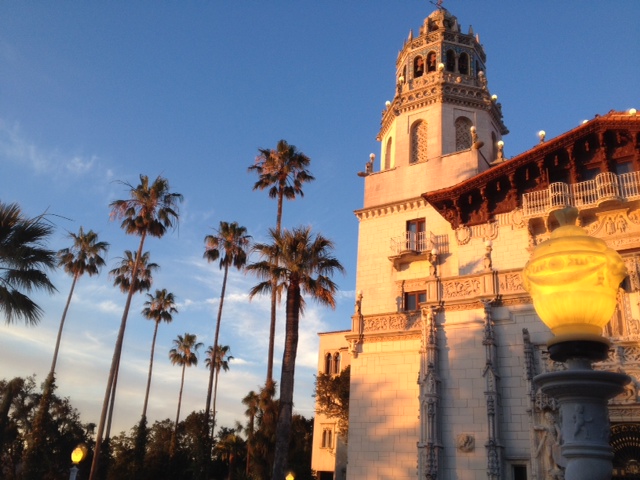 Photo by Tom Cochrun
The blaze has grown to 31 thousand acres and is some 3 miles from the famed Castle.
The private Hearst Ranch has moved cattle but lost out buildings including an historic fishing cabin. 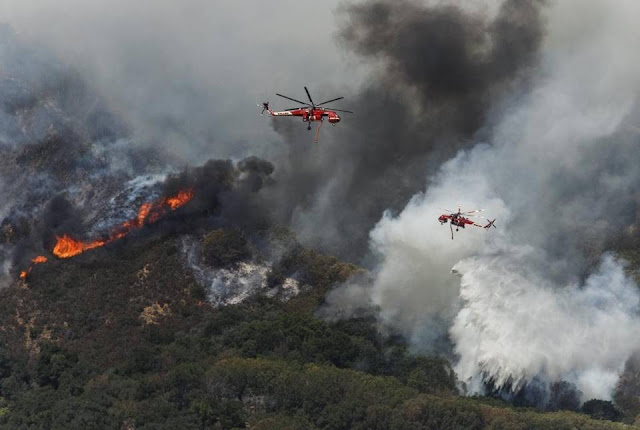 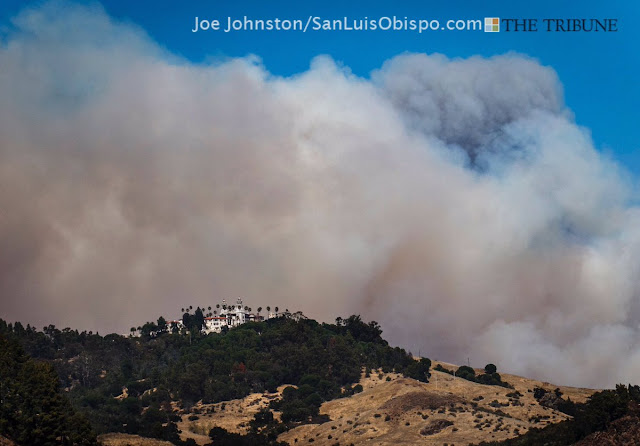 Photo by Joe Johnston-Courtesy San Luis Obispo Tribune
The Castle has been closed to visitors. The fire is 35% contained. 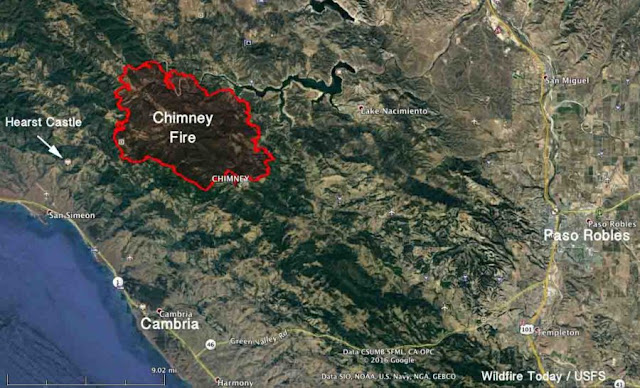 Courtesy USFS
The southern end of the fire borders the Paso Robles appellation wine territory. Air quality has been affected and a coating of ash continues to settle on cars and homes.
California media is experienced at fire coverage and long time residents take it all in stride. Evacuation procedures and plans are discussed. We assure ourselves we are far enough and fire fighting efforts will halt its advance, but it is an uneasy inner truce. One can not help but feel powerless as nature plays its hand.
I think it is reminiscent, in a small way, of the Brits during the Nazi bombing blitz of WWII. They continued with life and tried to make it as normal as possible, despite the nightly bombing. Here we go about our routines, watch the smoke clouds over the mountains, pay extra attention to the media, we may even listen to special frequencies hearing the emergency command center, pray for the safety of the fire crews and wait desperately to hear the containment percentage increase.
As tense as that may be, we know that for a few dozen families in the fire zone homes are gone and more than one thousand others are threatened.
Watch and wait is what we do.

See you down the trail.
Posted by Tom Cochrun at 8:28 AM