Christmas dinner was cleared from the table and we were ready for a walk on the beach when we spotted this from the front deck. At some point there was even a small pop up shower. All interpreted as a good sign.
TRADITIONS
The plastic icicle below is from Lana's childhood. She remembers when her mother brought home the glow in the dark speciality. It was 1950 and 65 years later both of our daughters have expressed an interest. Looks like the items are on the way to being antiques. 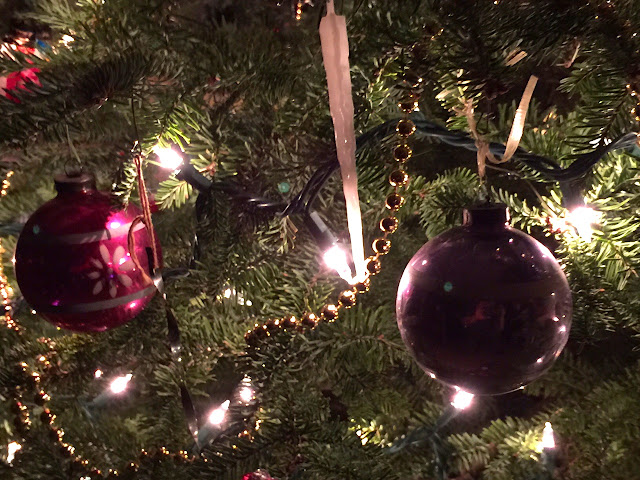 The somewhat worn angel below is a second generation tree topper and comes with a bit of mystery. 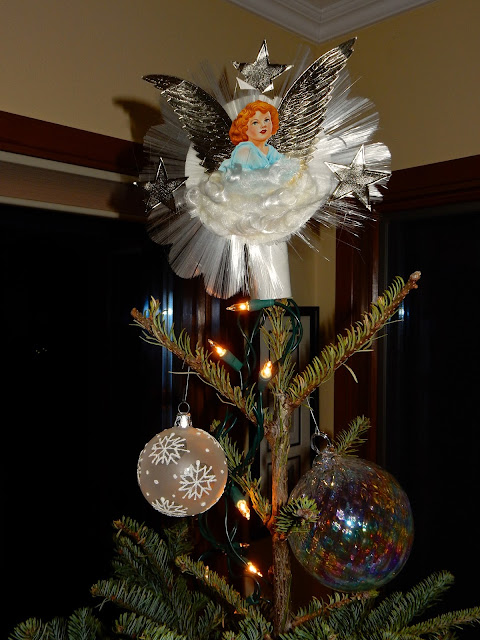 It is a "new" version of the angel that topped the Christmas trees of my youth. It was my dad's favorite ornament and each year it was placed atop the pine with appropriate decorum and good vibes. I inherited the original, taped together, the spun glass barely recognizable and really a somewhat pathetic sight. Then in a Christmas shop with the kids one year I found her, the only one in inventory and even a mystery to the manager who was unsure of the price.
I took that to be a bit of Christmas magic. She has taken her place of honor for many years. 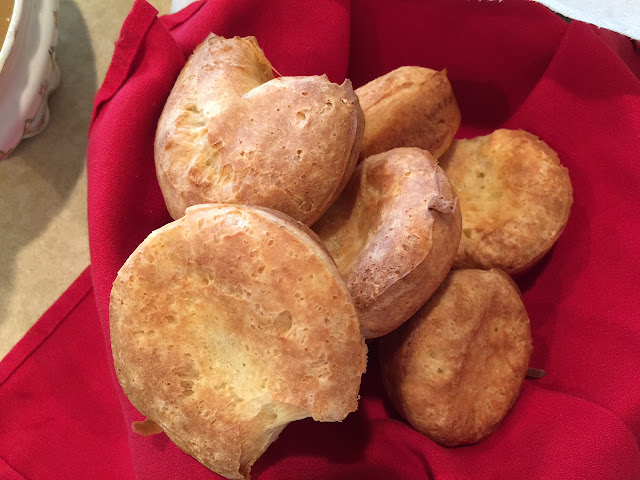 A couple of years ago our eldest, Kristin, produced a heavenly batch of Yorkshire Pudding popovers. They immediately became one of her dad's favorites. Younger sister Katherine, who share's Kristin's culinary talents, has followed suit.  Though Kristin, weeks from becoming a mommy, could join us only by phone, those of us on the West coast enjoyed her recipe done expertly by Katherine.

See you down the trail.
Posted by Tom Cochrun at 10:34 AM