LIVING IN HENRY MILLER'S PARADISE and WHY ISIS CAN'T BE BEATEN 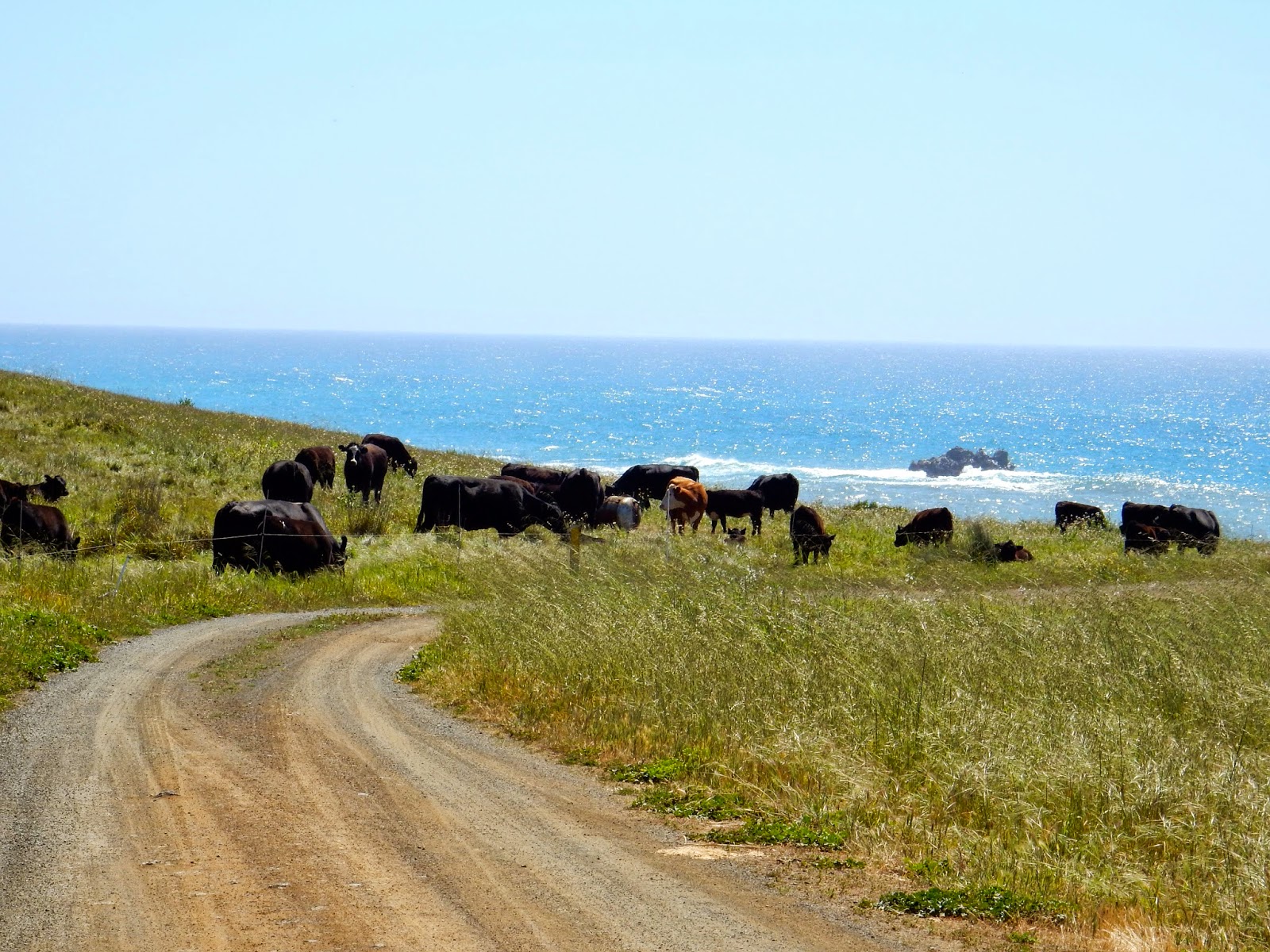 There's a line in a commercial that says "California cows are contented cows." Why not, huh? 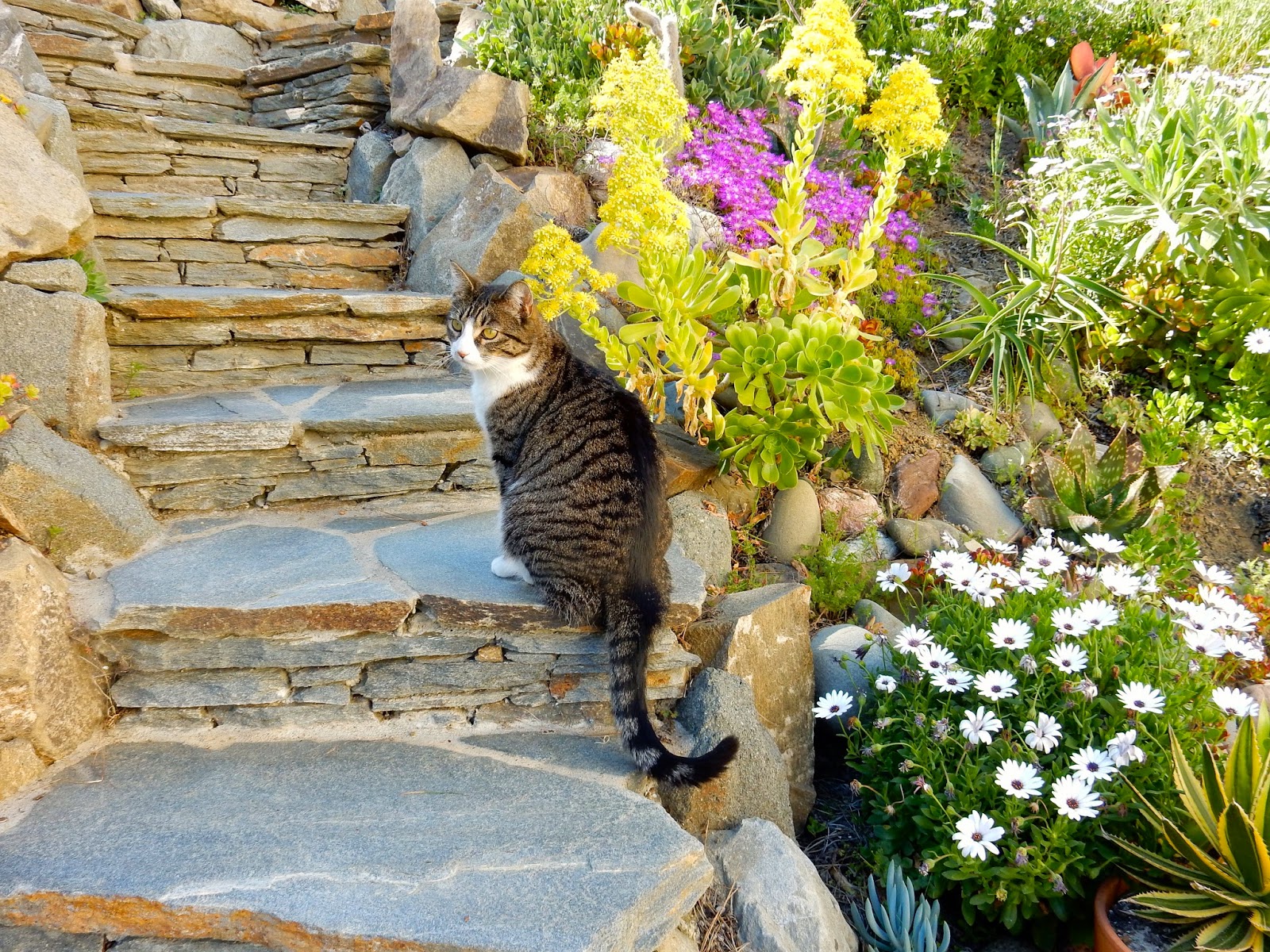 Our "Heinz 57" Joy finds endless contentment in the garden.
Author Henry Miller, who lived just a few miles north of our home said "I am constantly reminded that I am living in a virtual paradise."
Amen to that! 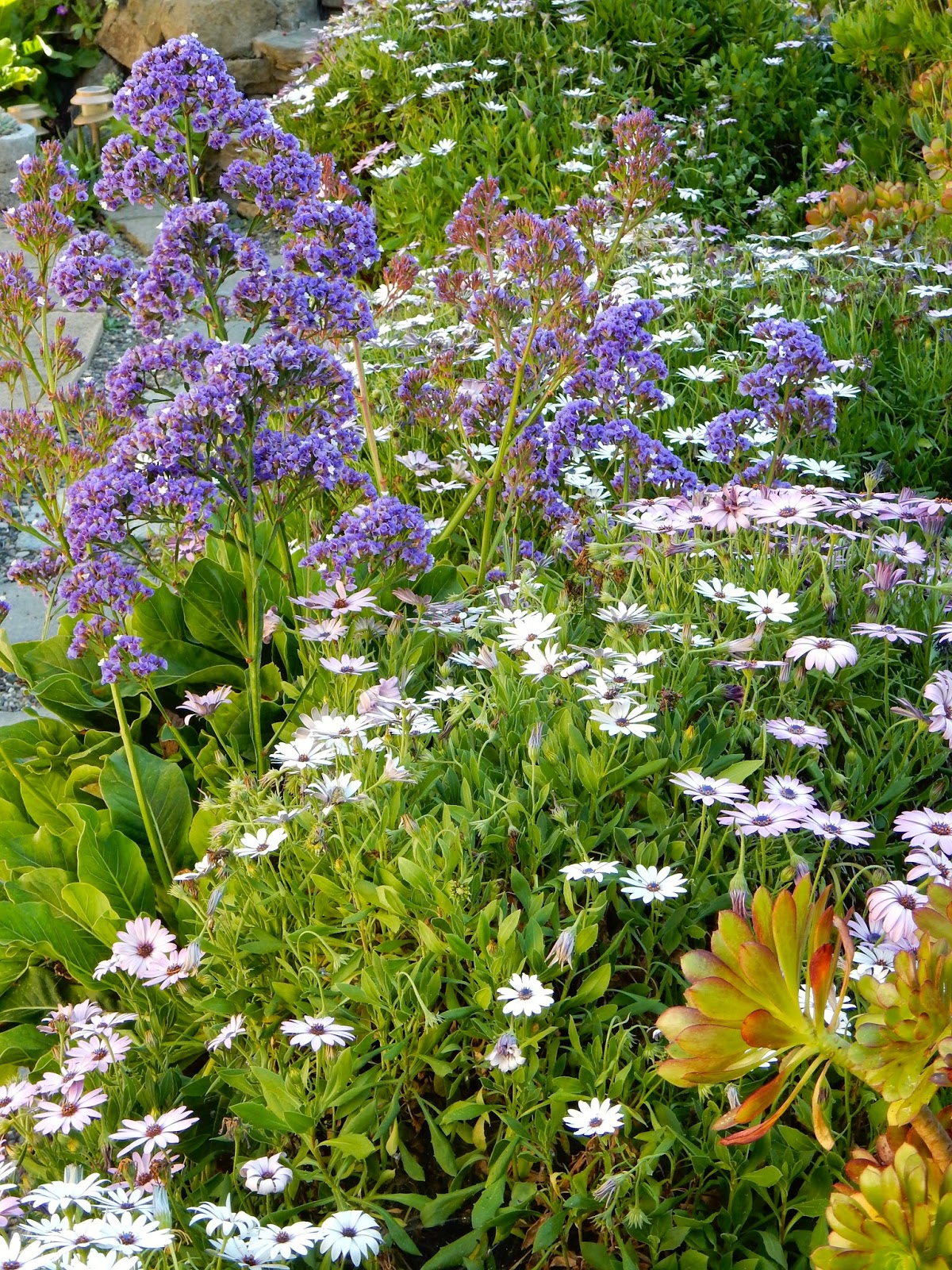 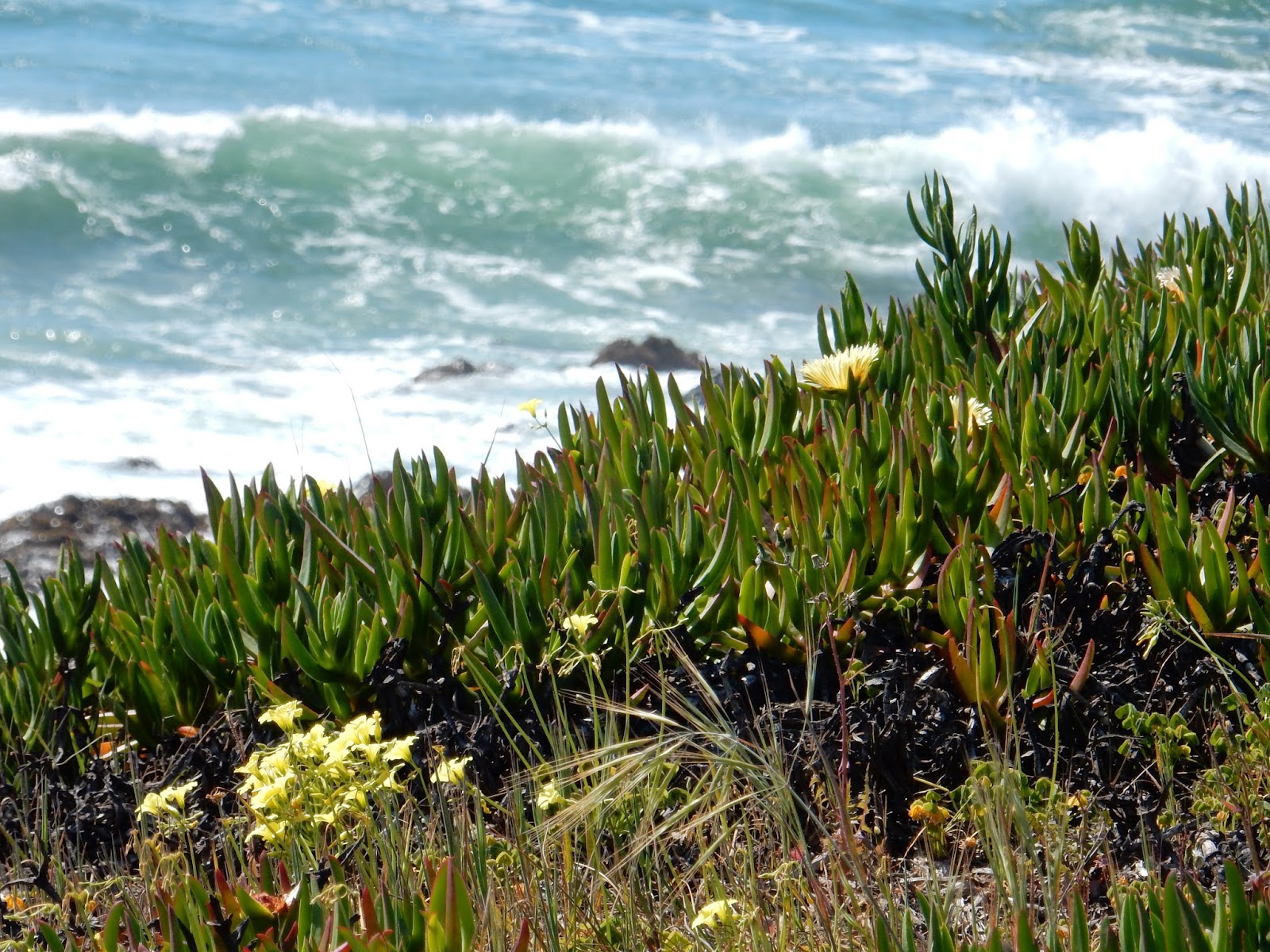 Spring's color wheel is at work on the coast, 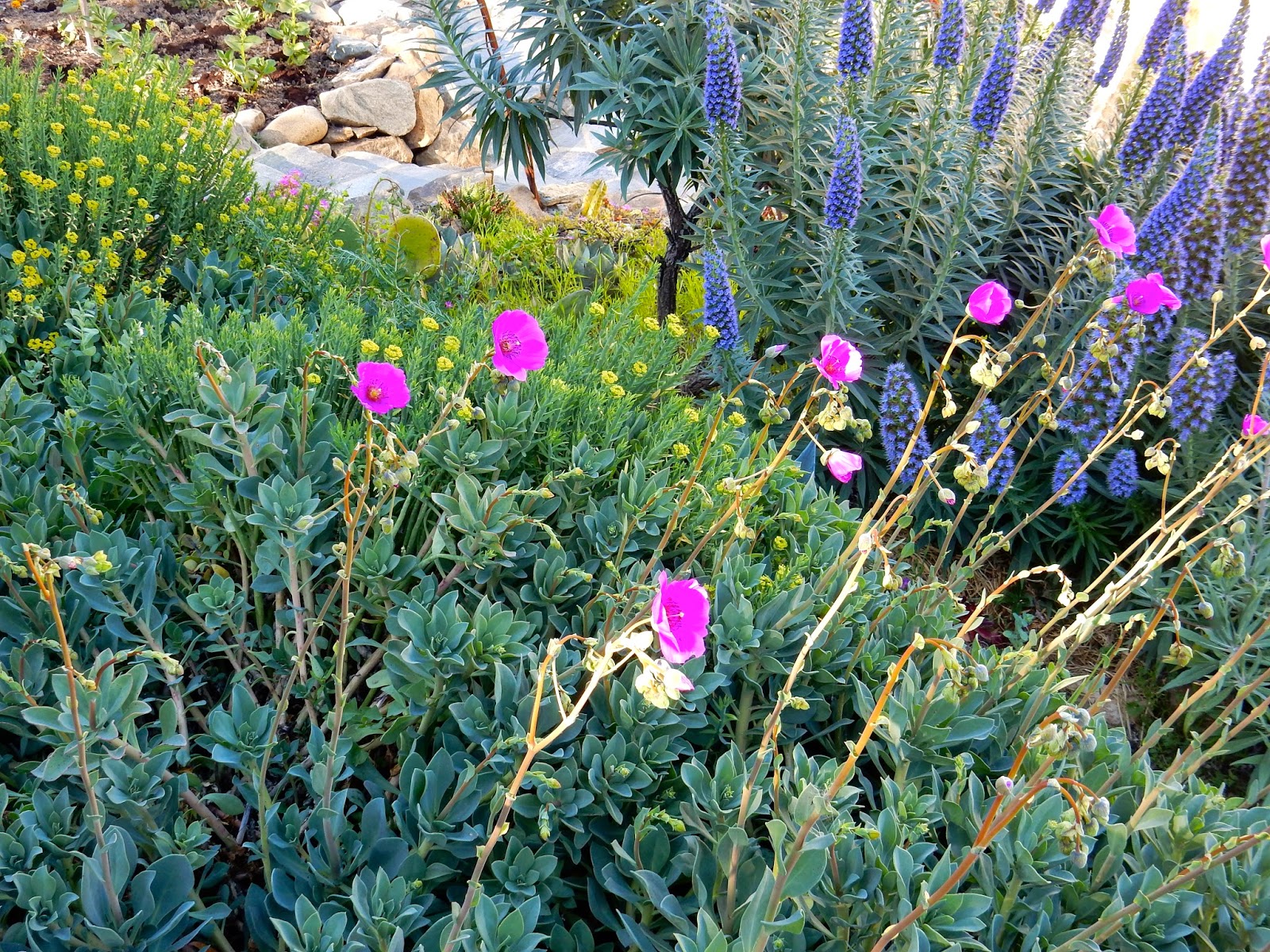 and on the hills and slopes. 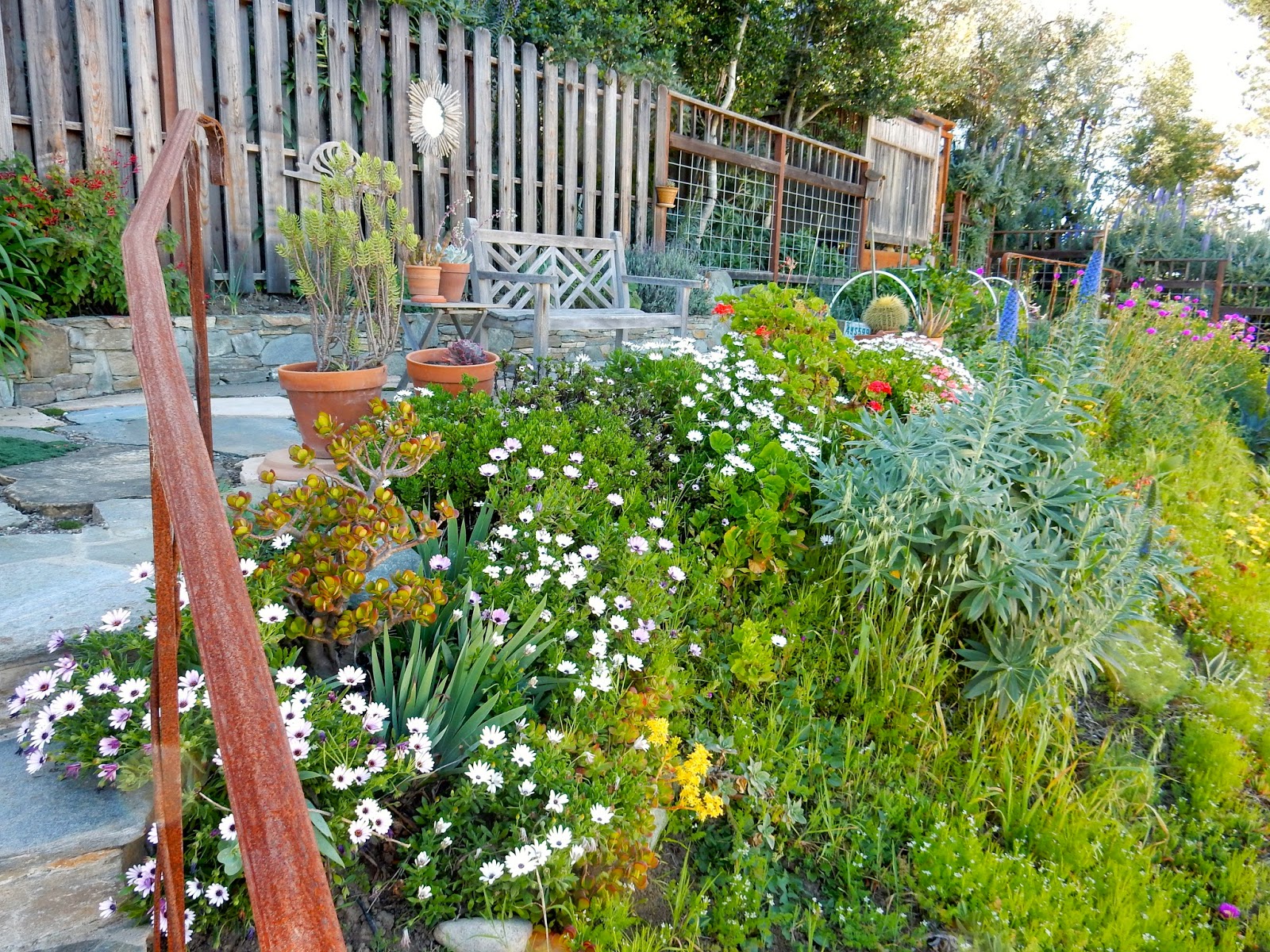 WHY ISIS CAN'T BE BEATEN
Because they should be destroyed

ISIS, a threat to the world, is a particularly challenging problem for Christians.
Graeme Wood's What Isis Really Wants, in the March The Atlantic is an excellent examination of the menace and peril they pose and underscores why Christians are particularly challenged.  I've read and watched as much as I can, from a variety of sources and suggest Wood's article, even if you think you know all you need to about Isis.
Followers of Jesus know that he taught to love your enemies, to forgive them, to pray for them. He admonished one of his closest followers who struck out at an enemy. He said to love your enemy is tantamount to pouring coals on their head. Nations do not live for salvation or redemption and their objectives are survival and not perfection or transcendence.
One can advocate for a loving response and argue that  a measure beyond human justice will bear out the rightness. Some will disagree, but that is only coincidental. In a hard world of cultural and religious diversity, populated by a pastiche of beliefs, analysis, intellect and skepticism, a purely Christ like principle will not rise to the muscle of national strategic policy. This is a fully human dilemma, the kind of vile business that has been set before us in the former garden. And ISIS is a death cult, working to achieve its own religiously inspired belief they are agents of the Apocalypse.
By civilized standards they are barbarians, ruthless with no respect for life, convinced of their "holy" mission and certain only they are right. They are a perversion of humanity, have twisted decency and justice and live as an evil strain.
By idealized measure Christians should love them. Not to do so opens a calculus that becomes an entirely intimate equation and is for no human discussion. For those inclined it is a matter for regions of heart and soul and an accountability.
In this challenge, from this evil, in this time, in the practical realm of saving life, preventing destruction, stopping a lunatic movement, and destroying evil, ISIS should be eradicated. Their complete and total demise is the work of humanity, faithful or faithless, observant or atheist, contrite, convicted or contemptuous. All of us can then live with consequence, each according to our own. That is more than ISIS would ever permit.

See you down the trail.
Posted by Tom Cochrun at 12:44 PM