Their off and on romance engaged us and once they managed to get past all the obstructions we took delight in their marriage.  The birth of their child brought us no end of joy and then suddenly and shockingly Matthew was killed in a freak auto accident leaving Lady Mary a widow with a baby.
Apparently many of us told Godfather Julian Fellowes we were unhappy with the plot-line he had crafted for his inhabitants of Downton Abbey, but in serialized drama, even elegant British Drama, soap operas need a few twists to keep us tuned in.
The promotional season is underway and we countdown to the beginning of 2014 to see how our characters from the early 20th century transfer into the 1920's.  It is after all a century ago that we are so engrossed by.  Downton Abbey is a hit in 200 nations and is translated widely.
Though it is all fiction, Downton Abbey teaches history in a marvelous and rich way.  The British Empire is fading as the English aristocracy bumps into changing mores and social values and even technology.  Ideas of liberation, freedom, class discrimination, wealth transfer and management all perk along in the intricate script and plot turns. I was one of those guys who loved history back in high school, but oh how I wish teacher Donald Foreman could have played a few videos, as engrossing as Downton Abbey.
Yes, it's only TV, but such good TV!  A masterful opiate for we masses. But still, did they really have to kill off Matthew?! And yes, we'll be there to see how poor Lady Mary copes.
OOPS Well, I goofed and apparently a few hundred of you also missed it.  Last week in a Thanksgiving post, I paid tribute to these "Turkeys."  Trouble is, I am told, they are Peacocks.  Sorry about that. Now, how is it that so many of you didn't catch me on it?  I guess we all need an editor, eh?
OF THE REASONS WE COUNT
MY MOTHER AND FATHER AND THEIR PEERS
A Last Stop on the Gratitude Trail 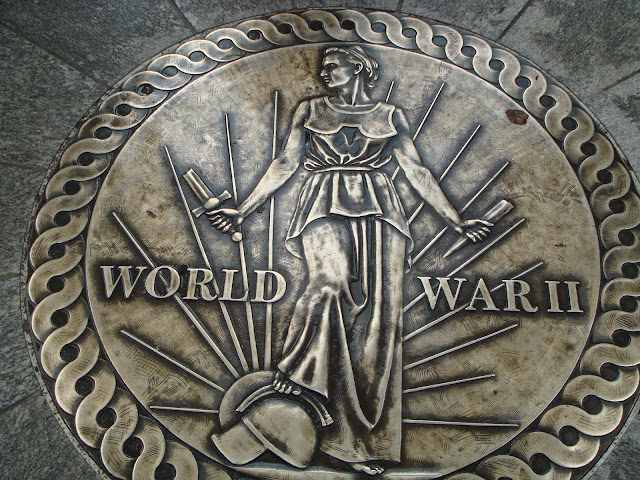 Americans have rightly embraced Tom Brokaw's acclamation of the WW II generation as "the Greatest Generation."
My father Karl and my mother Mary Helen played their part. Dad was in the infantry in the South Pacific.  Mom was like thousands of other women, waiting and praying for their men to come home from war.  When I made my first visit to the World War II memorial, I was there to pay respects to my parents and their peers, most of whom are gone.
More than 16 Million Americans were involved, in some way in World War II. 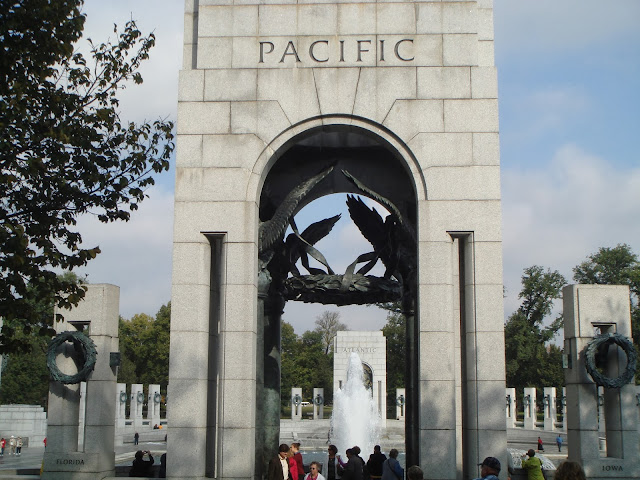 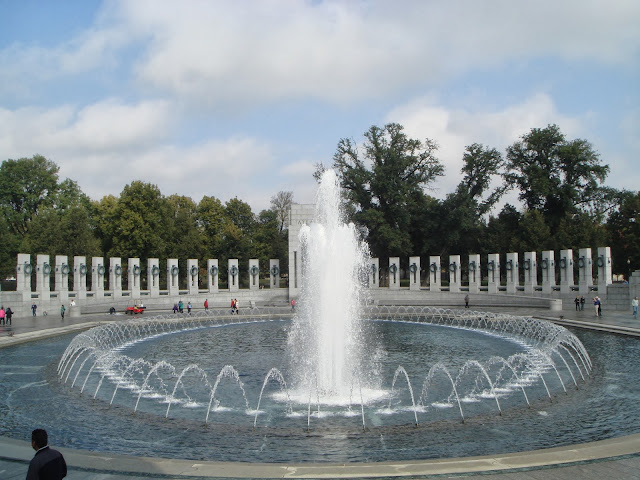 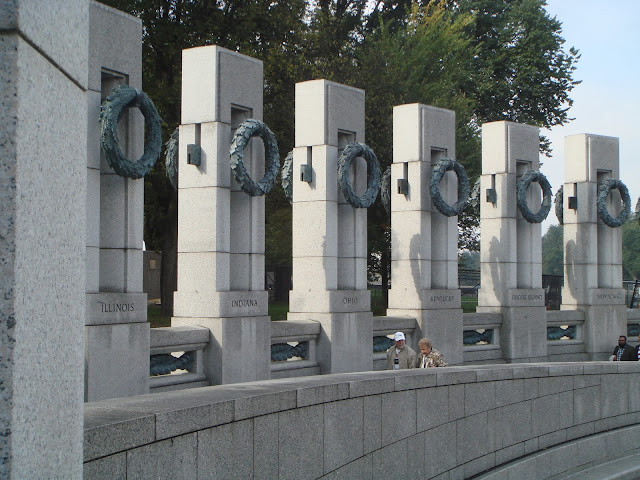 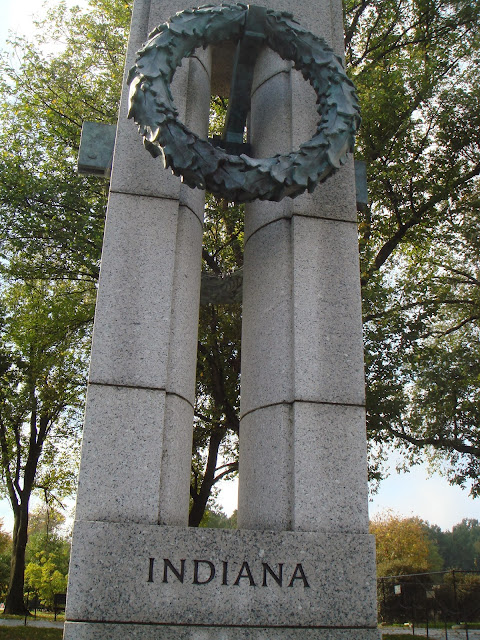 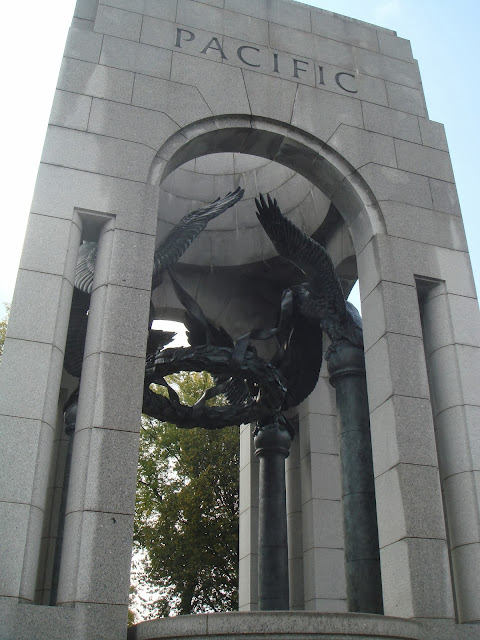 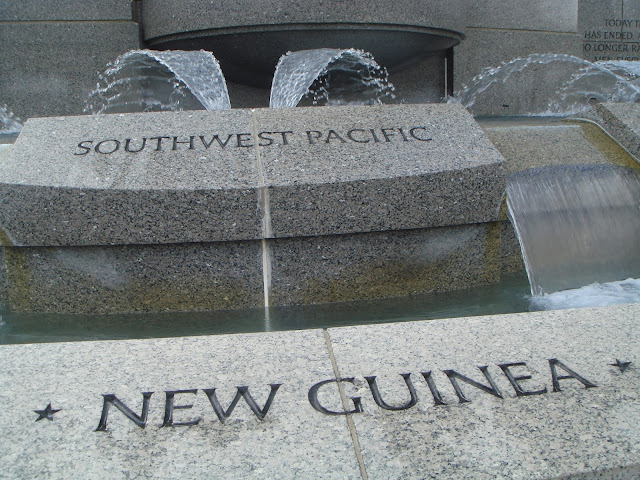 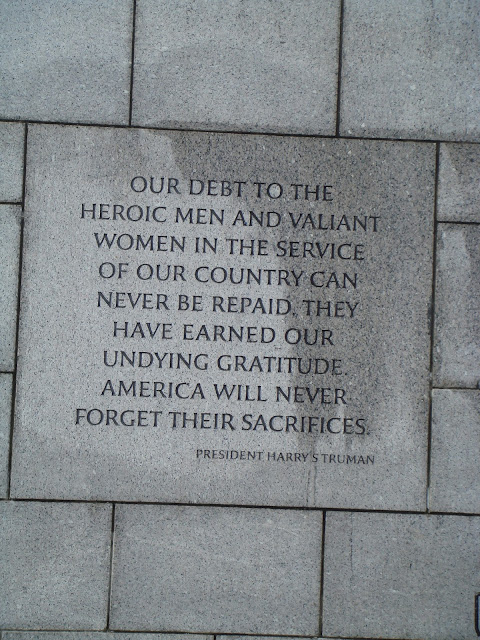 At first I felt a shudder of loss, seeing the 4,048 gold stars. Each star represented 100 deaths. More than 400 thousand American service personnel died.  After the shudder I felt an inexpressible sense of gratitude. This is a place you'll want to visit, next time you are in DC.

And so we transition from the season of gratitude to the merriment of the "Holiday Season."
I hope you have a wonderful and meaningful season of Advent, Christmas, Hanukkah, Kwanzaa, Solstice or even bah humbugging. Remember,'... you better not pout or you better not shout..."
See you down the trail.
Posted by Tom Cochrun at 2:14 PM