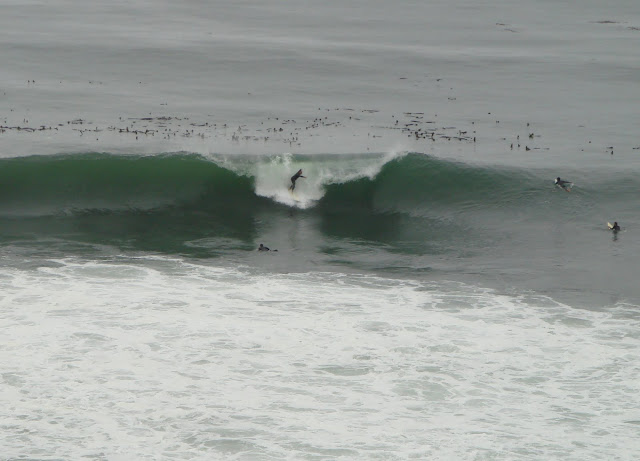 (Cambria, CA)  Good breaks and unusual swells have brought surfers to the waters of the north coast of San Luis Obispo County.
"Some of these guys have been following these swells
from the South Pacific," a lip coated and hoodie wearing surfer from South Africa said.
"These are super swells!" 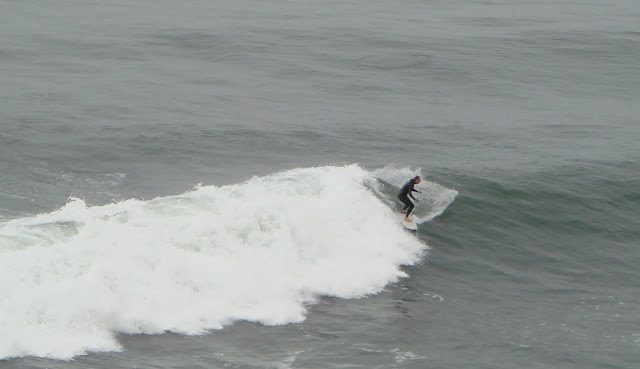 A crowd of surfers were in the water near Leffingwell Landing on the north end of Moonstone Beach.  It can be a
tricky spot to work the waves. 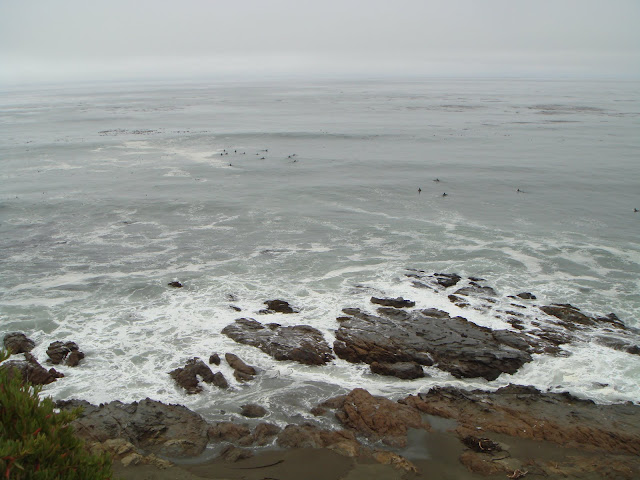 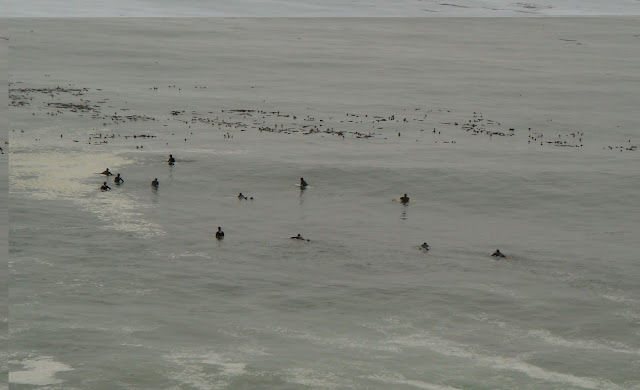 Skill was evident as they worked the crowded waters.
Aside from the breaks and swells more surfers maybe working the north coast, because a great white was spotted
near the pier at Pismo Beach. 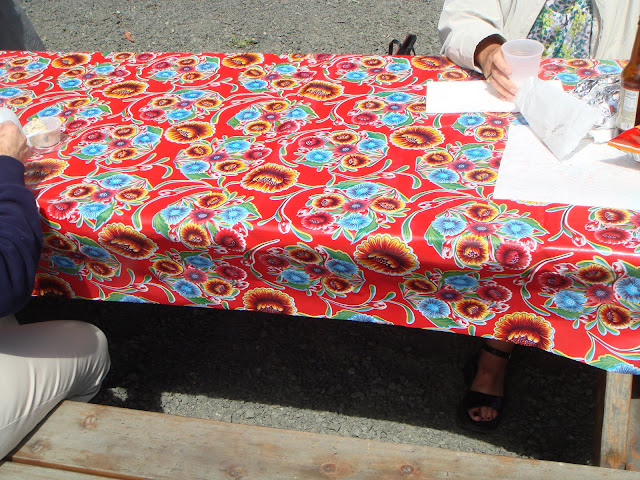 Since the Friday Lunch Flash Mob has overgrown the deck and moved to the picnic area, we've started to dress
up the picnic tables with table cloths. 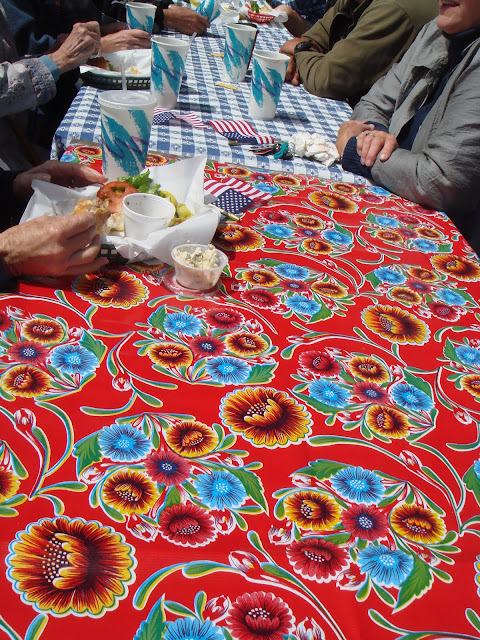 Most Cambrians always travel with "wardrobes"-vests, jackets, sweaters, caps and shorts because you often need more or less clothing.  Now the Flash mob is traveling with table cloths.  You know, you just need to be ready for a party or meal to break out.
See you down the trail.
Posted by Tom Cochrun at 2:12 PM