The History of the Future

We'll share a few moments here on the idea of drought, a drought of spirit and intellect as well as the obvious, depicted here in California's Lake Isabella in Kern County.

I've been watching Lake Isabella disappear since we became Californians in 2007. These photos were taken recently. 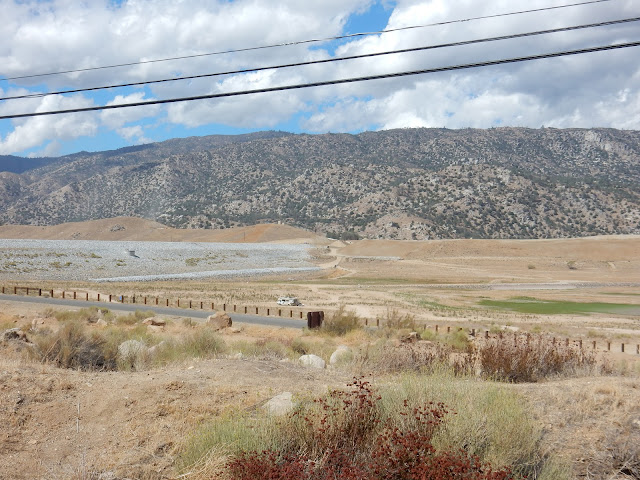 The stonework in the left of the frame above is the dam. 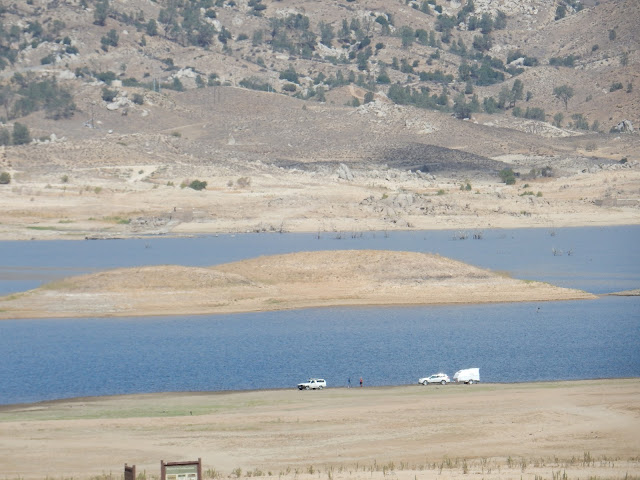 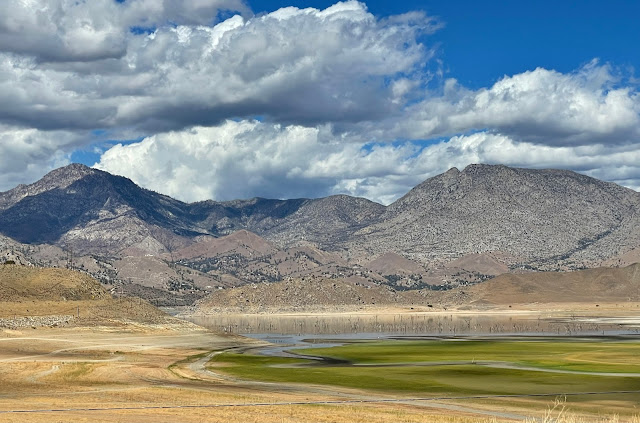 There is no recreation in a lake where water levels have dropped to expose the ghost trees that once filled the valley before they were covered. This is an agricultural area too. Similar scenes are visible all over the west. We know this, right? It's a global issue. Even if droughts break, it will take years to return to "normal," an idea that is itself probably non-existent. Climate change, for whatever reason, is just that, change!
From the view of someone who was there to cover the first Earth Day and who has chronicled the ensuing decades, we are not ready for what is coming at us.
To the northeast of Lake Isabella is a perfect example. 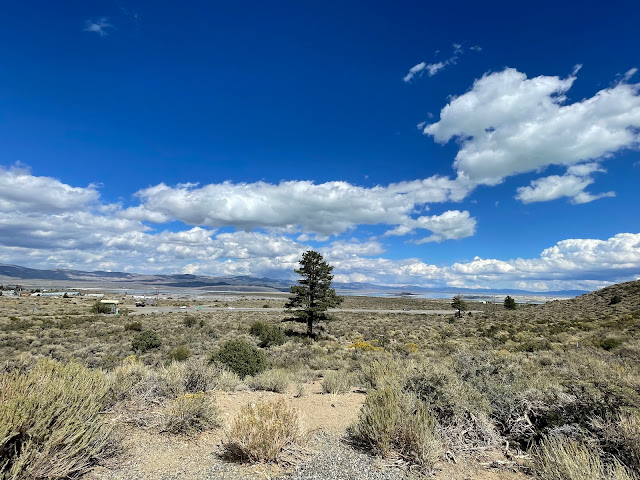 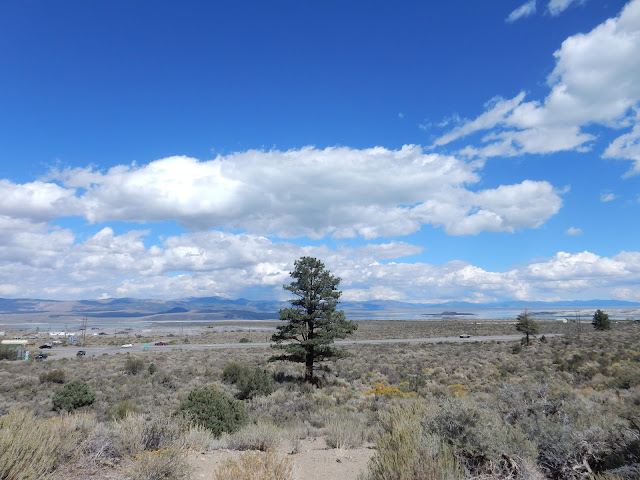 The great Owens Valley, the deepest in the US, sits at 4-thousand feet rimmed to the east by the Sierra Nevada, west of the White and Inyo Mountains at the western edge of the great basin.
This vast wilderness is a poster of the moral and ethical drought that can destroy humankind. 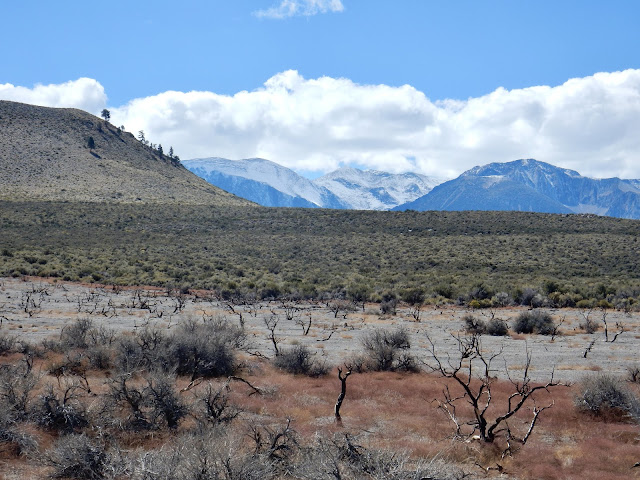 The California Water Wars are legendary, told well in the book and documentary series Cadillac Desert, fictionalized in the film Chinatown, and subject of litigation and battles that go on. 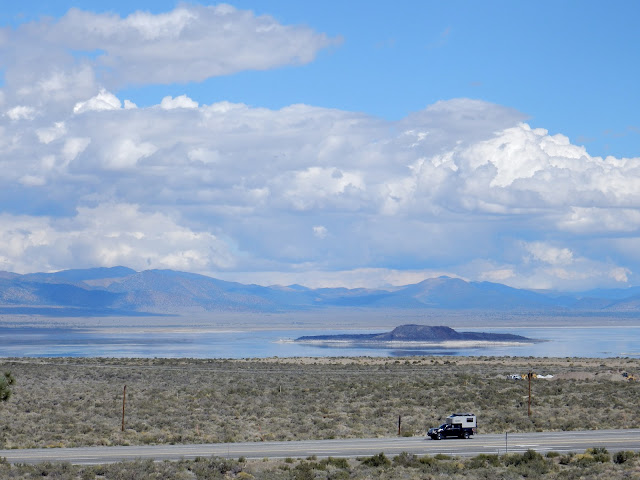 That island, the remnant of a volcano, sits in the middle of a lake that remains at the middle of the public awareness of theft, deception, chicanery and shortsightedness perpetuated by Los Angeles officials. It began in the late 19th century and to this day LA exists becasue of the water theft. 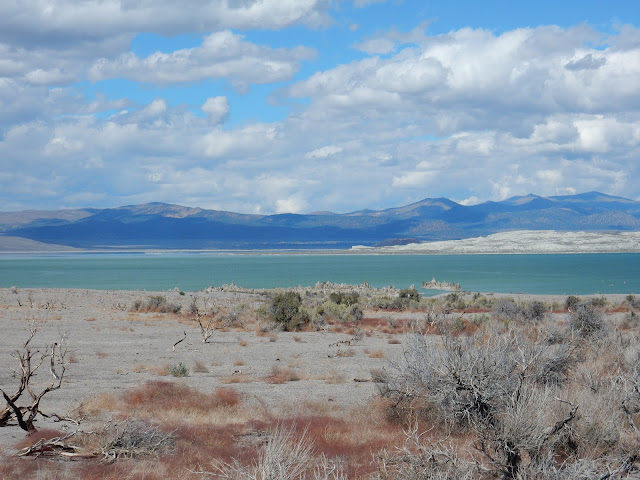 Mono Lake, subject of some of the most complex litigation in history, is the largest lake that remains in what once was an Owens Valley flowing with rivers, tributaries, small lakes until LA movers and shakers, destroyed them to feed a real estate boom that led to city of LA we know today.
It is a city still dependent on other people's water and those waters like those that feed Phoenix, and so much Southern California, and Arizona, are disappearing. 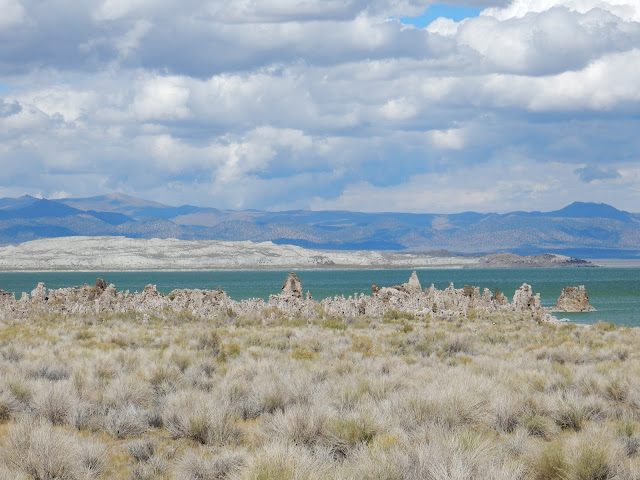 Drought should change how we live, but golf courses remain green, builders continue to develop, swimming pools are filled, mindless irrigation continues. When the last drop is used, civilization in those places face a darkness where the drought of spirit, morality and ethics will rise up and create a force that will savage life and society. 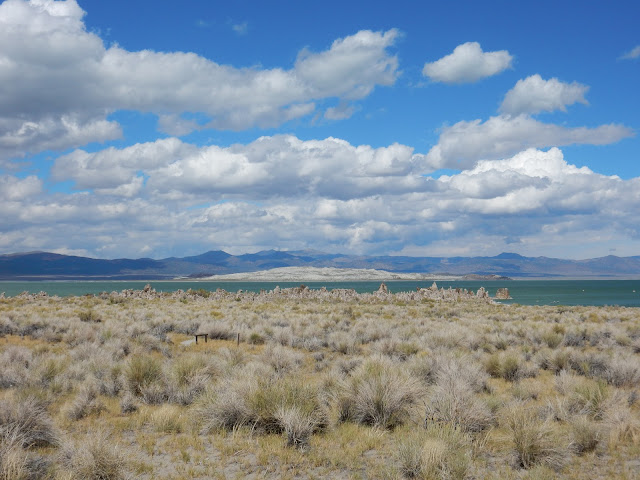 After years of wrangling, Mono Lake is beginning to rise and LA has learned to deal with it. While that may seem to be  good news, LA has instead begun to draw water from subsurface sources in the Owens Valley.
Owens Lake is a dry lake bed, as are others. Still the modernity of life in a big city is sucking water from aquifers in a parched area.
In the early 1900's modern life began the theft. The Paiute tribe and other first citizens had relied on the water for centuries. Settlers had also begun a thriving agriculture that used the accessible water.
There is no thriving agriculture today. The Paiute and other tribes have watched their paradise be stolen. 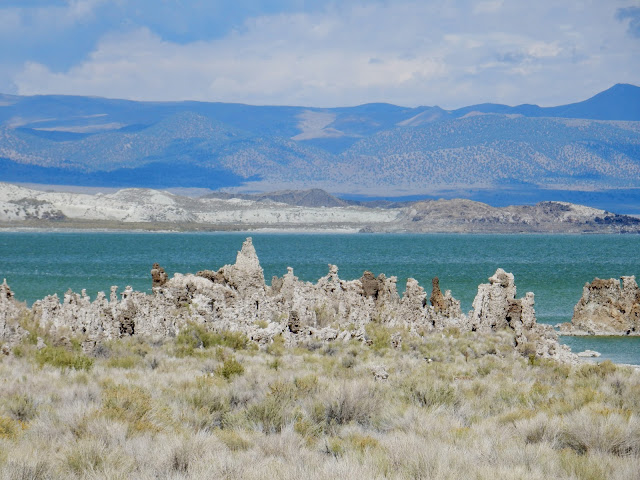 LA is not the only place where this drought of conscience has blinded us to the consequence of our actions. It's a global problem.
Documentary maker Gabriela Cowperthwaite who produced the expose Blackfish is out with a new investigation that is profoundly shaking up those who have seen it.
Based on the seven years of work by Nate Halverson of the Center for Investigative Reporting, it relates how commercial and national interests are buying land with water and food resources around the planet, essentially gaining control. As one analyst wrote "... it is a race against the clock to control food and water..." as climate continues to change humanity.
What permits, and what feeds such a sinister effort? A drought of morality and ethics. 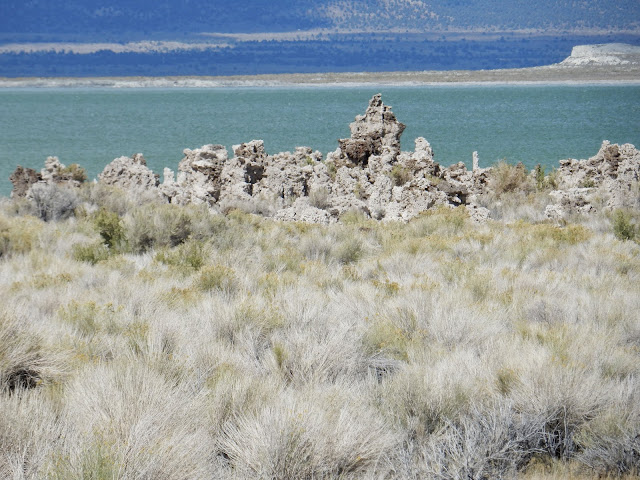 I've tried to avoid head on political analysis for a while. I'm sick of returning to the topic, depressed by the unnecessary division in the US, and anguished about the blatant ignorance and stupidity that is rampant. I've said most of what can be said.
While we may be appalled and angered by the story of the Owens Valley, and the continued blindness of places like LA, the drought of conscience is apparent in too many places. One place is in the logic of a Republican party that will tolerate a candidate like Herschel Walker, or field candidates who deny the election and who continue to behave as cowards and ethical cripples.
We are a people at risk, all of us on this planet. Most of us have a capacity to act. We should.
See you down the trail.
Posted by Tom Cochrun at 4:17 PM